Another great ride arranged & led by the iBikeLDN folks, but this time we was already warned that there would be hills. Me and Bumble B where fully prepared for them and this will come as a shock to a few reading this blog.

First thing was getting to the meeting point at Achilles Statue in Hyde Park. I could have got the underground but seeing it was a pretty nice day out me and Bumble B flew down there.

Got there in decent time and there was already a few riders there waiting.

11:00hrs and we was off.
We headed towards Regents Canal 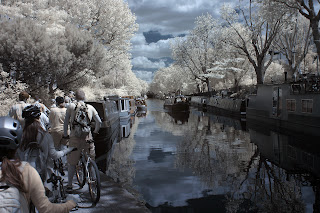 Always love going along the canal paths but when the weather is nice and gets busy. 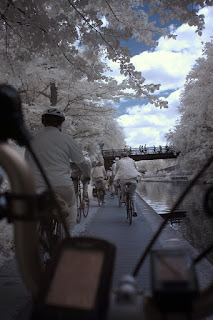 Heading up our first proper hill, Primrose Hill. In this park your not allowed to cycle so everyone had to walk up. I have to say I actually felt more tired walking up the hill

We had to stop for abit at Parliament Hill as it was pretty steep one. I actually managed to get up a good half of it before I had to jump off but I was doing this while eating a huge Flake 99 icecream :9
As always the fun bit is heading down the hill, wheeeeeeeee 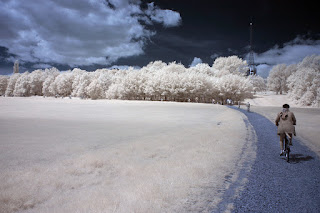 We then headed off to some Alexander Palace which is on top of, you guessed it a another hill. The thing is next Saturday night I will be heading to Alexander Palace for the start of the London Nightrider 2013 so it was good to have a look around the place so I know the layout a little. 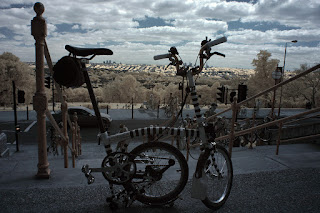 Bumble B looking back across London from the steps in front of Alexander Palace. 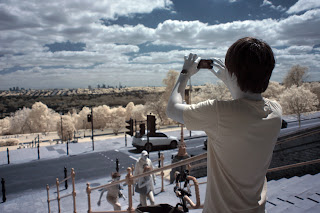 After Alexander Palace, we headed back down the hill and though a few cycle paths. We took a odd way to get to Finsbury Park. It was alot of pathways which was pretty nice actually but busy with walkers, dogs and other cyclist 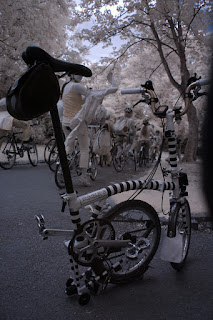 When we was heading down the paths we saw a few areas where graffiti artist had taken over a few of the walls and I saw this statue trying to crawl out of the wall. Also I was informed by Zabou that she has got some of her art right next to this guy here 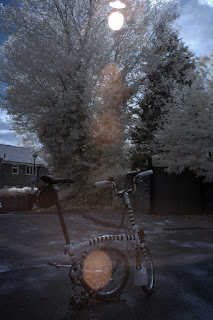 Well the end of the ride was in Camden; the Star of Kings Pub.

We didn't stay this time but decided to head back home via the Regents Canal.

While I was passing Islington, I went though a little park which had some odd size bird boxes in a tree. Read up about it saying it was proper bird boxes as well as artwork at the same time. Almost looks like a hive kind of thing.
I do love these hanging trees around Regents Canal so had to get a other shot before finally pushing on for home. 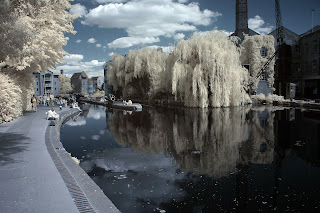 Once again thank you to the iBikeLDN for organizing another good ride in another part of London I haven't ridden. I do love discovering new parts of London and taking Bumble B with me. The best way to discover your own city has to be on a Brompton.

iBikeLDN: Check out the view
Posted by Brompton Bumble B at 23:43