The ride is basically going around London's historical places and have a radio broadcast telling the riders about the area they are in and history of it.

This was my 2nd London Velonotte all night ride, our first Velonotte it pretty much rained heavily the whole ride and I was completely unprepared for the conditions.
The weather forecast said there would be a little rain on and off though out the night so I made sure I took my Altura Night Vision Jacket to be on the safe side.

I headed off to the meeting point, Piccadilly Circus for my fellow LBC clan. Once we finally got there we headed off to the event meeting point in front of Buckingham Palace.
As always lots of riders, all kinds of different bikes had turned up. A few familiar faces & bikes and a few new ones that had seen Bumble B & me at other events had to come and say hi.

Then it was time to set off on our adventure into the night to learn about the early Victorian age in London. I had bought with me a old cheap radio to try to listen in but found it hard to lock onto the station when we did get to the next stage.

We headed into the direction of Trafalgar Square. While going there we noticed alot of car transports parking up in the dark and off loading some seriously expensive cars of all types, old & new. 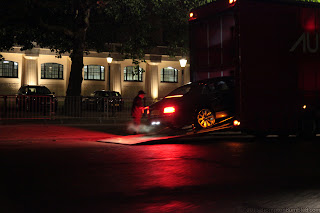 Found out that the Top Gear TV show was recording a show about REALLY expensive cars. Cue lots of nervous security guards as loads of cyclist came along.

Our first stop was Charing Cross Station where we kinda stirred up alittle trouble. With so many bicycles in the forecourt of the station and taxi rank it was clear that we would be blocking other traffic come in and out. With it being a Saturday night it was pretty busy with people leaving and arriving the area. Ambulance & police where already there attending another incident at the time too.

Cue lots of annoyed party goers shouting out "Bloody cyclists" thinking we was on some kind of demonstration.
After a short hold to listen to the broadcast we headed to our next stop.

After this my radio started playing up to much so I didn't bother with it anymore but there was a few people around that had radios so I could listen in.

"Note to self to get myself a small mp3 player with radio, maybe iPod 6th gen"

There was a few more stops on the way but I was so enjoying the ride itself and chatting with so many people I kinda lost track. Manages to take a few photos on the way but with it raining alittle on and off I didn't do to many. 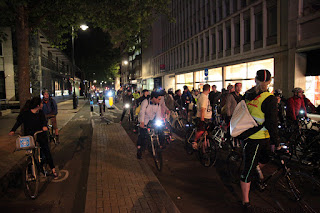 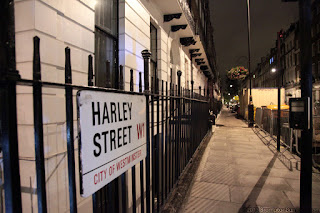 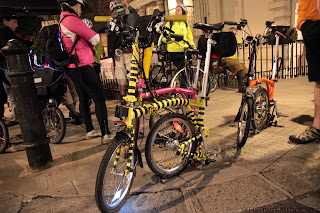 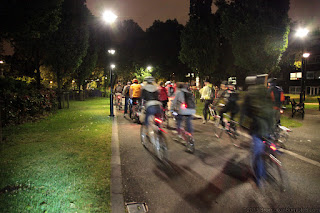 The final stopping off point was what looked like a club. We could get hot drinks as well as wine 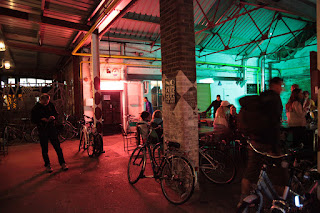 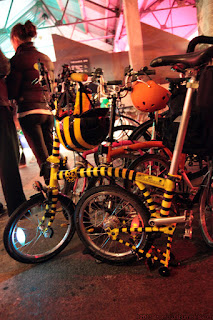 After we left this final resting point me and OrangeBrompton decided as soon as we saw a familair sight we would head off back to Charing Cross for a well earned McDonald's Breakfast. We've been to this spot on many a night ride and know it to be open at these times. I got to the McDonalds alittle ahead of OrangeBrompton to find that some kind of incident had happened & was closed.

We was on a mission to have a McDonalds breakfast now and went looking for another. We then ended up in Oxford Street near the Tottenham Court Road Station where the McDonalds was closed for cleaning but would open in about 30mins. We decided to wait.

Standing outside watching the finally hardcore party goers trying to find some place open to have somethign to eat they joined us waiting for McDonalds to open. It' finally did and purchases where made.
One thing I did notice was that whenever there is a large group of friends are in line ordering things they really get the staff confused and keep changing their minds alot. I for one can never understand why this happens, you know what you want, order it, pay and that's it right?

While me & OrangeBrompton where waiting I notice he got approached by a homeless lady with 2 big bags. I didn't hear the conversation he had with her but he quickly pointed her to McDonalds staff and had an odd look on his face. I think I asked him what happened and said to read his blog later on to find out.

Well me knowing what goes on in London & knowing that OrangeBrompton had lead a sheltered life I was looking forward to his blog entry about the his conversation. He didn't disappoint  ;)

After we ate our orders we decided to head off home. I for one had another ride I wanted to go on later that day wanted to get home as soon as possible to get a few hours sleep if I could.

I jumped on a bus heading into my neck of the woods. When I was riding the short distance to my home a bright Yellow Cab car. He just about passed me and then pulled in and stopped right in front of me and I nearly went into the back of his car if it wasn't for my ninja like reactions I would have hit him hard.
I then went around to the driver's side looking in wanted to know if he even saw me. He didn't as he was talking to his friends in the car. I called out to him saying he could have waited to go around me properly or not over take me full stop in the first place. He said he didn't see me. What the hell?

Anyways I couldn't be bothered as I just wanted to get home and rest up for the next ride, Tour de Waltham Forest in a few hours.

Garmin Data: London Velonotte 2013
Posted by Brompton Bumble B at 08:30