Revenge of the LBC Cambridge Ride


Today was the day I would take my revenge on this ride. Back in February the LBC: London - Cambridge Recce took its toll on me pretty badly as well as everyone else on that ride too. This time though I planned to "rip it a new one"

Due to Bumble B being out of action Mick.B. said he would lend me one of this Bromptons named "Bluey" (M6R) to do this ride and for as long as I needed till Bumble B is fully up and running. *big man hugs my man*

Anyway the plan was for me to meet up with Mick.B. & Azudin F. (A member of the Malaysia Brompton Club) at a point near to where the ride was going to cross, this ended up being Lea Valley Ice Rink. From this point I would pick up Bluey & join the ride to Cambridge.
Got there in good time as I was excited about this ride and the weather turned out great. 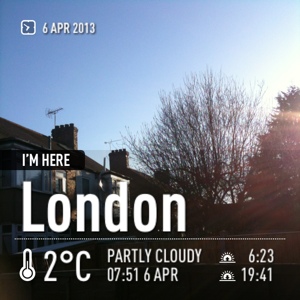 I met up with "Bluey" had a little ride in the carpark to get used to 6 gears, soon the rest of the LBC gang arrived, said our hellos and soon was off. This part of the ride last time the canal paths we went on where pretty muddy from days of rain before and was hard going. This time though it was nice and dry and wasn't too much of a problem.

Along the way though there was trouble brewing. It was the first time I had ridden a 6 speed Brompton and I was having a bit of trouble getting the right gears & also the rear started to feel very loose after about 15 miles. I had a little check and realised old Bluey's rear cones worked themselves loose and the whole wheel was rattling about.
This slowed me down somewhat as the only gear I knew I could get into properly was 1st gear and was only good for when I would be going up hill. At this point I was going at my own pace really as I hadn't really prepared myself as I hadn't ridden properly for over a week with Bumble B out of commission. Everyone else in the group was kind enough to hold up for me further down the road and gave me time to catch up and have a quick breather before we set off again.

It's a dream of mine to just keep up with the hardcore or at the very least not keep them waiting too long for me to catch up.

Only one puncture on this ride (Clara M) and it was a rear wheel but we had so many with proper tools etc that it didn't take long to fix & we was off again.
Most of this first half was me basically worrying about "Bluey" as his rear hub was getting worse but also my energy level was getting lower and lower all the time. A few times I was on my own as I decided I would just go at my pace and not try to keep up with the others and just make sure I got to the half way point where I knew Mick.B. would be with tools etc to get Bluey sorted out.

Finally made it to the half way point of a great pub called "The Bull" I was knackered but we got to the half way point more or less on time which was good. Everyone ordered up some food and Mick.B. had been phoned before hand and told of Bluey's troubles and took him away for some emergency TLC with the assistance of Azudin . 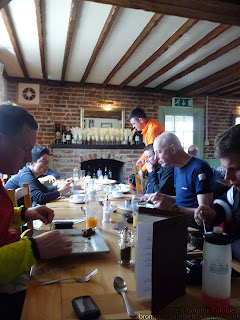 Mick.B. found that as well as the hub being loose 2 of the bearings had worked themselfs loose from the cuddle and where rolling about which is never a good thing, but easy to sort out.
After lunch I decided again not to ride this next bit. I know this part well and got alot of rolling hills on, nothing major but enough for me. But then I said to myself because we had the support vehicle I could at least try the rest of the way especially after Bluey had been fixed up and even I have to admit felt like a completely different Brompton. I would even go as far as saying Bluey reminded me of Bumble B at times with how smooth it felt but don't let Bumble B hear me say it ;) Mick.B gave me a few tips on how to change gears with Bluey, seeing Bluey is 14yrs old the gears changes are a little different to what I'm used to

So we set off again, I took off a layer of clothing as it was turning out to be a nice sunny but crisp day. I think I got up maybe 2 of the hills and I could feel that I wasn't going to be able to make it up anymore so I decided not to continue for the next few miles of hills. More of a safety thing for me as I didn't want to hurt myself more than anything. 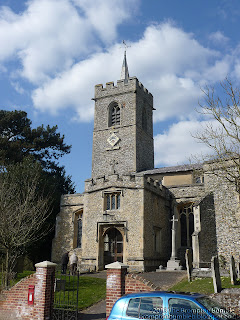 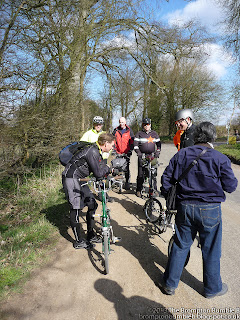 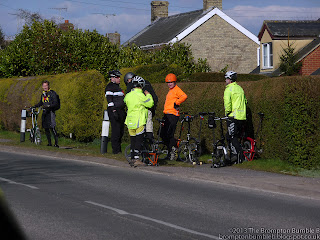 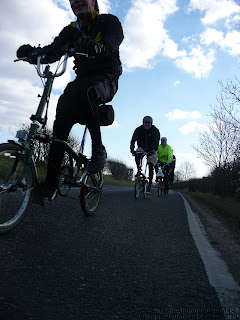 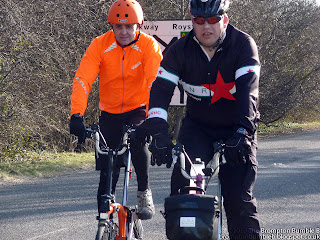 While I was in the car Mick.B. made an observation about my riding style as he could see that I was using the middle to back part of my foot when cycling which isn't really a good way to cycle. It's always hard to judge your own cycling cause you don't really see if unless someone points it out of better yet as video. I changed my footing to using the ball of my foot, which felt odd at first but I could tell things where different to before. Something I will have to work on to make sure I'm more efficient and not wasting energy.

When the hills where over I knew it was a nice straight run into Cambridge Station so I got back on Bluey and joined the others again. This time I remembered what Mick.B. had said and adjusted my footing and I have to say it was alot different but I could feel the power getting to the pedals better than before. As always I've learned more about the way I cycle when someone points it out to me so I can make adjustments. All these small adjustments slowly but surely make me a better rider. Sometimes wish I could see video footage of me cycling along so I can see what I'm doing wrong like in the IG Nocturne Race video I learned a hell of alot.

Well as you can see by the photo below we finally made it, this time it was STILL daylight >:D 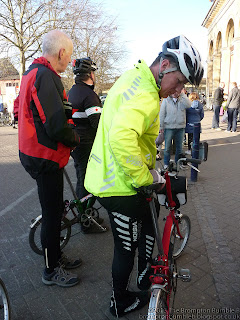 Once again Mr.O provide medals to everyone that attended the ride. He has a serious thing about medals ever since our first Brompton World Championships and I'm afraid I'm proud of getting a medal. It's alot more than just metal and ribbon. It's a badge of honour to be worn proudly.
With this ride over with I now have to look forward to getting Bumble B up and running properly.

I would like to thank everyone on this ride, it was another hard one for me but once again I learned a hell of alot. I appreciate all the help, support and look forward the next ride.....
Posted by Brompton Bumble B at 09:47