I did this ride almost exactly 1 yr ago today, my first ever ride for Stroke Association, UK. As soon as I heard it was being done again I signed up straight away with my cycling partner in crime Mr. OrangeBrompton.

Zooming out the door and headed to my local station which was closed due to late overrunning works, Plan B was put into play. Jumping on a bus I speeded my way onwards. 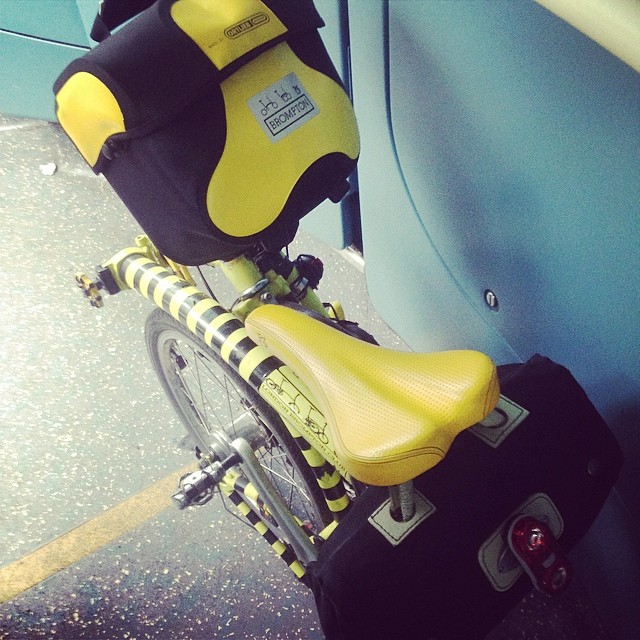 I headed down to Hackney and finally made my way to the Millennium Bridge where I was to meet with my partner in crime. While I was waiting I took a couple of shots

I didn't have to wait long before Mr.O arrived and we made a our way to the starting point in Southwark. At this time the rain at been very light and actually completely died off when we left the bridge to the point that we both too off our waterproofs. Which would never see the light of day again on this ride. 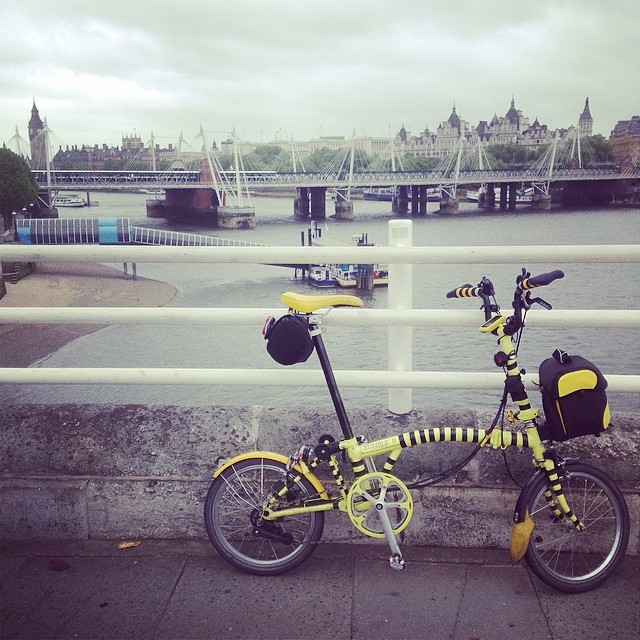 We was already registered for this ride so we didn't need to sign in or anything. As I went to see if there was any water about I got stopped and interviewed by a camera crew for a few mins. As always the legend kinda stands out and gets attention. 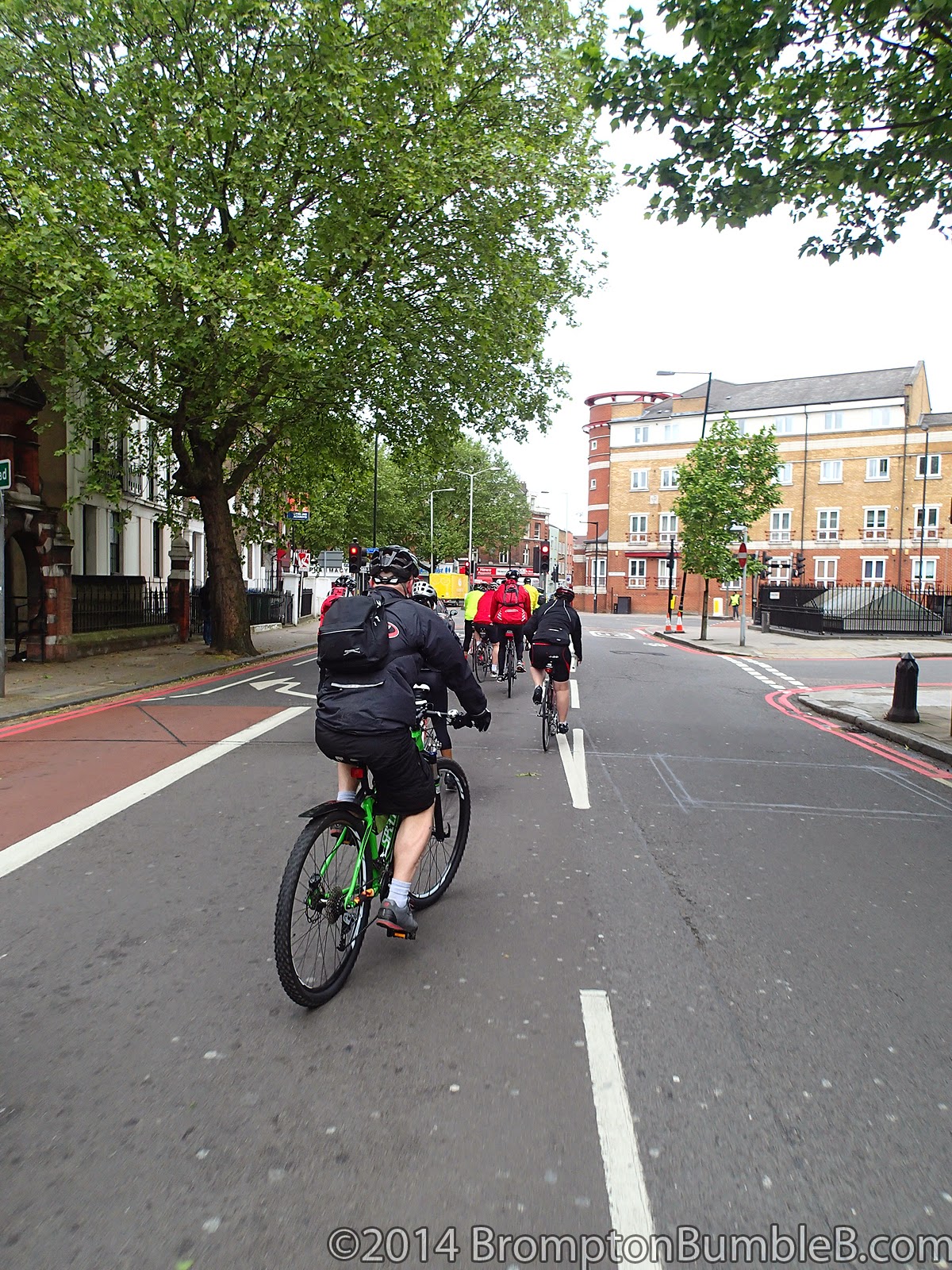 As me and Mr.O threaded our way though a few other riders a few times when stopped at traffic lights they would make a comment about the Brompton.

"With small wheels it makes it harder to ride long distances eh?!"

How little did they know but then I just told them about London to Brighton, London to Oxford, London to Cambridge rides I've been on. By the time they picked up their jaws from the floor the lights had changed and I sped off into the distance. VERY satisfying. 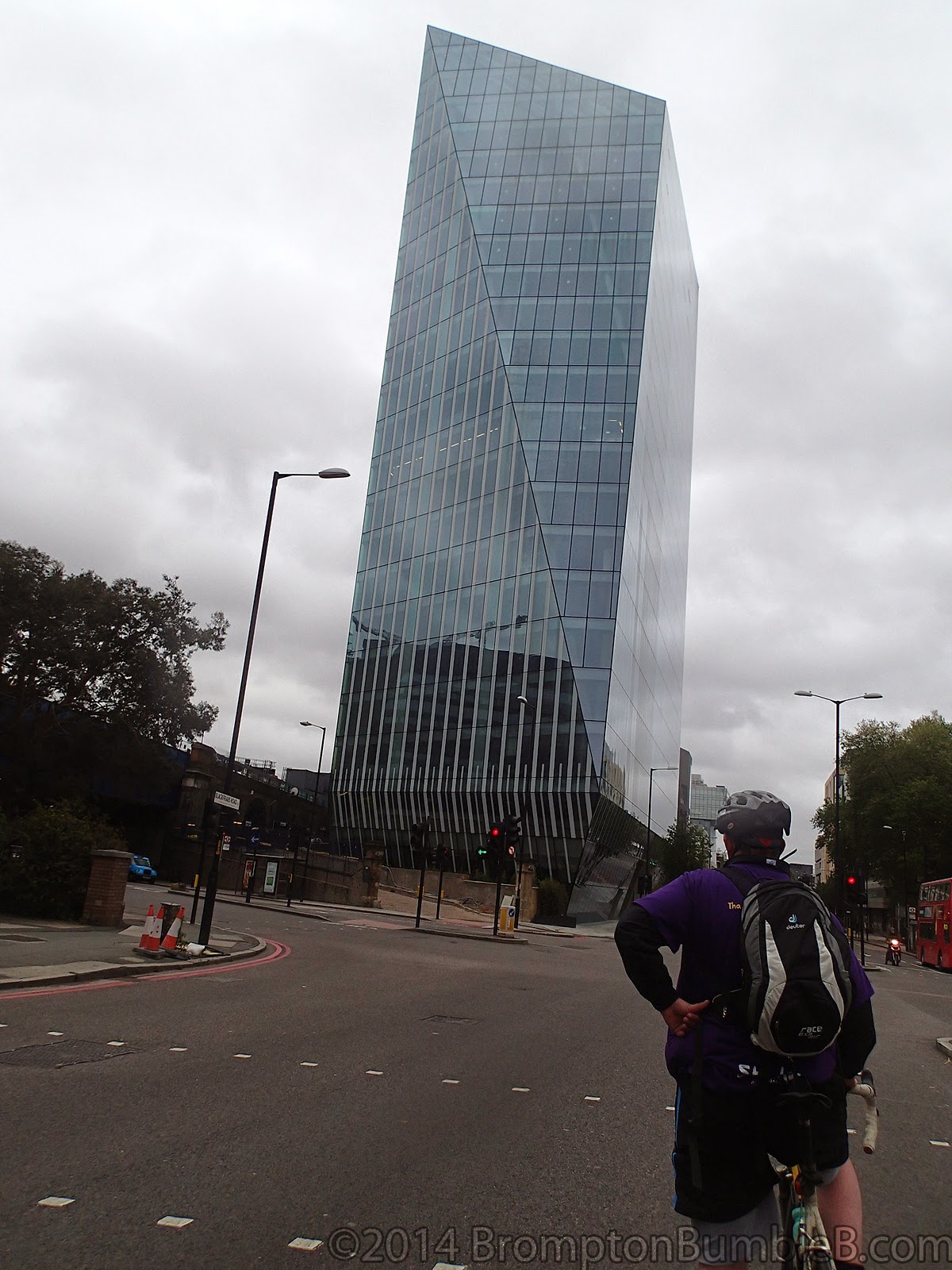 Mr. O was setting a good pace and I for the most part was keeping up with him other than when I got stopped by traffic lights or other cyclists on the road. 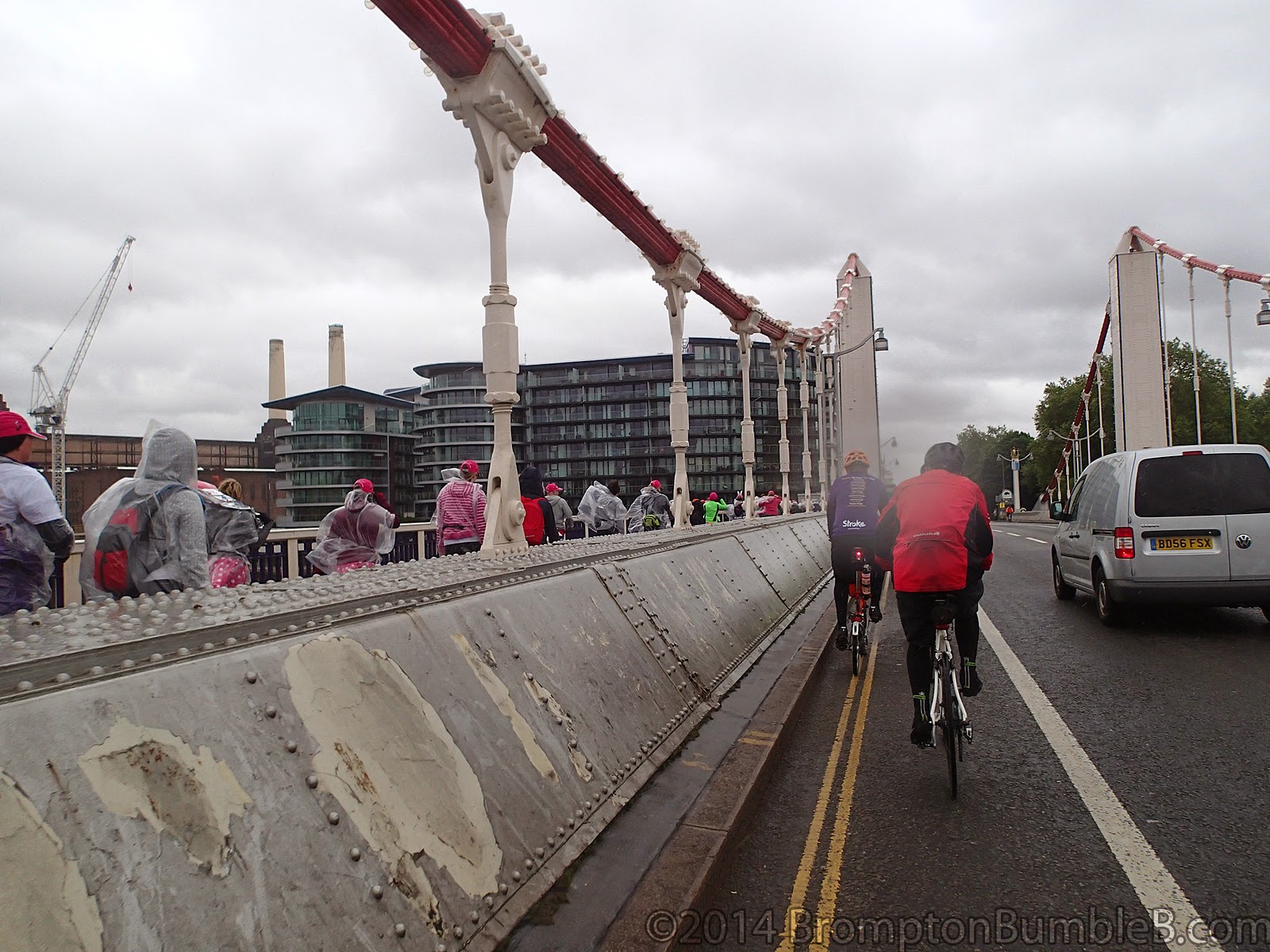 When we arrived at the first pitstop Mr. O was making sure we didn't stay too long. I knew this was a good thing as if you rest your body too long it takes longer to get going again when on a long ride. So we got a couple of bottled of water & few bites and headed off down the road again.

The pitstops where coming thick and fast now.

We was on the home straight now and powered on though to wards Hampton Court Palace, along the way we noticed alot of action on the river with rowing teams and then this huge boat which turned out to be a huge barge that was commissioned for the Queen's Diamond Jubilee called "Gloriana"

The final bit was abit of a blur, Entering Richmond Park I knew this is Mr.O's favourite training ground and off he went into the distance. I took the smallish hill in Richmond Park at my own pace and I have to say I felt pretty good on it, the new bar-ends helped a great deal in me taking it on.

Finally with cheers from the voluteers at the finishing point me and the legend had made it.

But we wasn't hanging about too long as me & Mr.O wanted to get back & home before the rain came, which in the end never did. 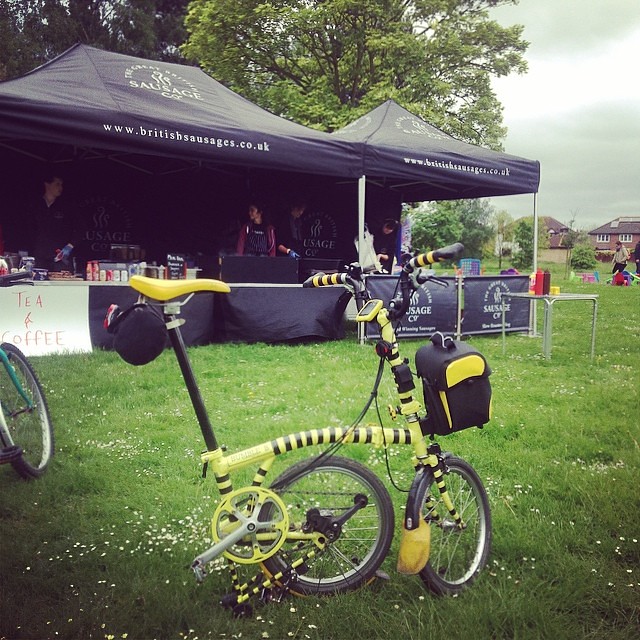 Getting back to Hampton Court Station and our train home. It was a damn good ride, I felt alot stronger than last year even though I was starting to get a little headache which I kinda knew was from probably my riding position as I was trying to be as low as possible in the high winds but then I had to look up to see where I was going. I definitely was drinking enough water at the pitstops and took a bottle with me.

Always a pleasure riding with my cycling partner in crime Mr.O as he always encourages and pushes me a little everytime we ride. We parted ways near Piccadilly Circus as I was heading to Green Park underground and home.

Even on the way home a few people commented on BumbleB and asked if I had just been at an event. 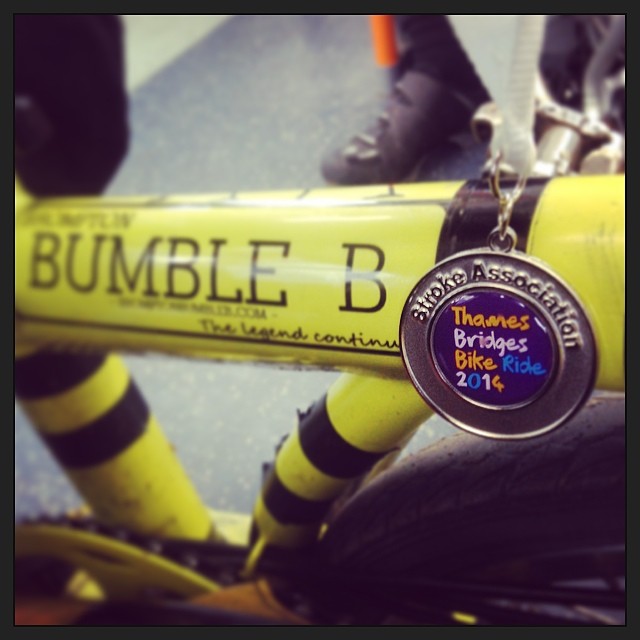