The return to Whitstable

So tomorrow the legend & I shall be doing the LBC: Otford to Whitstable Ride.

Last time we did this ride was back in 2013 so 6 yrs ago. I'd be lieing if I said I wasn't abit nervous as this will be the longest ride we have done in a number of years. 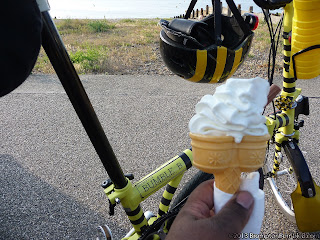 Reading though my blog post on that ride I had almost forgot it was probably the most eventful rides we have ever been on & it wasn't until we was returning home that the real fun began. Have a look at the link below to read what happened the last time we went from Otford to Whitstable. Enjoy.