So after the legend's maintenance session at the wonderful folks at Compton Cycles it was time to get out there in the lovely sunshine promised by the weather people.

So with Bumble B all spanking new looking and feeling good we headed off into the hotness of the London Underground. 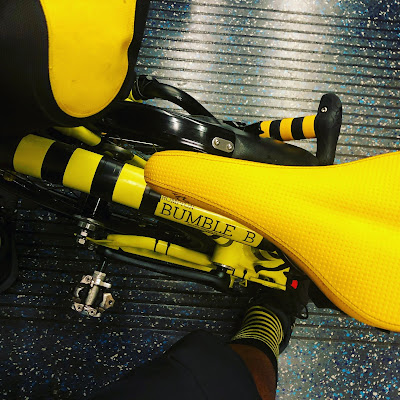 Came out of Waterloo Station and heading off to the London Eye, probably one of my most popular meeting points for all rides in and around London. With it being alot later than my normal start times it was pretty busy in the London Eye area with tourist and people just enjoying the lovely sunny Saturday. Met up with a few of the core LBC admin that I haven't seen in a long LONG time. Lots of big hugs for John M & Jenny H, leader of this ride. I was very surprised to see my cycling partner-in-crime come to this ride as he normally more for the long serious rides but was really good seeing him come along to this kind of social ride. 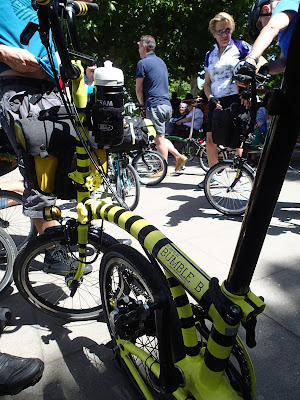 Getting ready for the group shot before we head off into the sun. 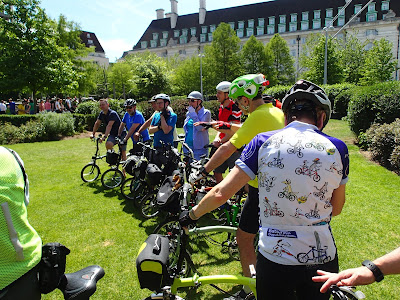 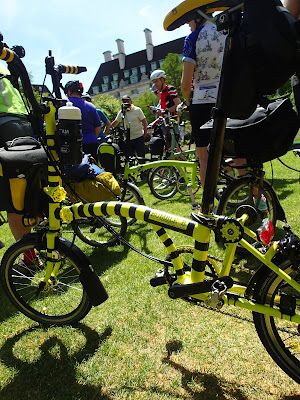 Once Jenny H gave us a little talk on where and how we was going and point out our back marker we all headed off into London's roads. 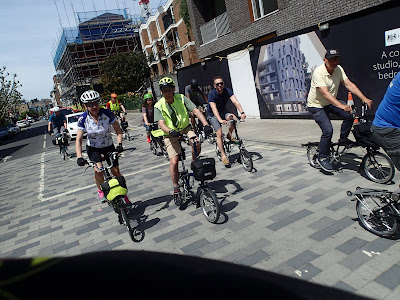 I have to say that Jenny H had planned a great little route, pretty calm route that anyone could handle and the pace was good for even the slowest of riders. 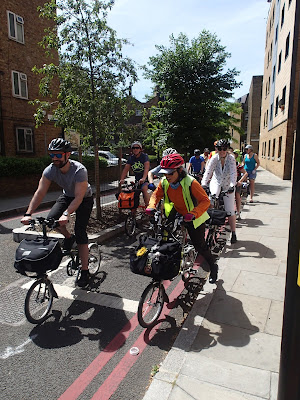 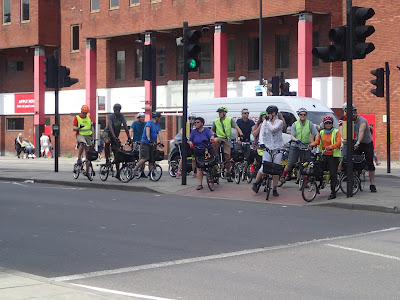 We only had one slight mechanical issue along the way but this was sorted within seconds as the rider knew how to handle his rohloff gearing if I'm not mistaken. I to had a little issue with my gear but it turned out that the gear chain had loosen a little. This is a common thing that happens especially after a good cleaning or replacement of the gear chain as sometimes the locking nut shakes loose and the  gear chain slowly moves and you loose the gears. 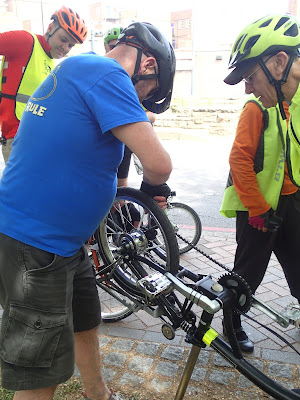 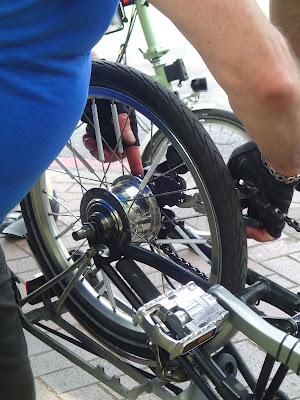 Sometimes we see some odd stuff along the roads of London town. 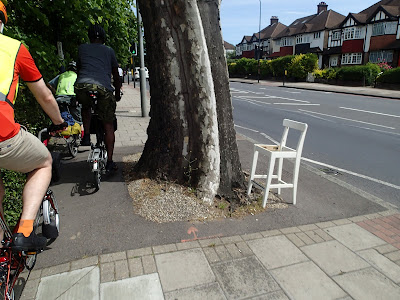 There was a couple of hills along the way closer to the Chislehurst Caves but I was able to do them pretty easily. This surprised me a little as I felt i was pretty unfit but still handled them pretty well. 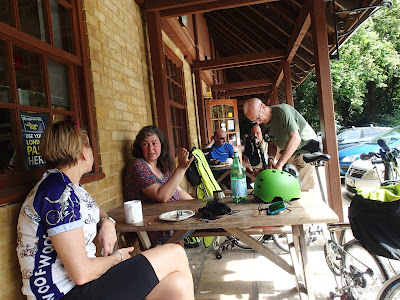 Once we got there to the caves we had to wait a little while before the next tour. At first I was going to go in but having to wait so long for the next tour I pretty much didn't want to in the end. Good thing I didn't as afterwards I heard that you couldn't take any photos inside the caves, maybe because it would disturb the wild life or something but that was the main reason why I would have gone inside.

As John M and Orange was returning back to London I tagged along. The pace was alot higher than going to the caves as it was basically just the three of us. I was surprised once again that I was pretty much keeping pace with them, only slightly lagging behind on the hills which is always something I have had problems with in the past. Even with Mr.Orange's navigation we made it back to London pretty quickly. I must definitely see about getting the Wahoo ELEMNT GPS  or maybe the updated version Wahoo ELEMNT ROAM GPS which is coming out (mid June) just in time for someones birthday.
We all got on the same train heading though London but my stop was the first so I said my goodbyes and almost missed getting off.

It's always good riding with my LBC buddies and I have missed them greatly over the last few yrs due to me overcoming some personal issues. They have all supported me in various different ways which has made me alot stronger. I have many people to thank, way too many to list but you have all been there for me and I want to thank you deeply for your support.