To Whitstable Beach & beyond

I wasn't true sure that we would be going on this ride till the morning I woke up, but in the end I'm glad that we did. It was EXACTLY what I needed.

The weather forecast said that it would be the start of a VERY hot spell in the south of England and boy they where so right. With this in mind I made sure that we loaded up properly with as much water as we could carry. But also making sure that anytime we came across a place to top up to take it.

7 of us normal humans of the club decided to take the train from Victoria Station, London to Otford which is about 30 miles into the ride and join the hardcore at this point. So in all it would be for me about 47 miles but for the hardcore, closer on 77 miles. Good training for them as they are doing The Dunwich Dynamo (120 miles) ride next weekend.

We arrived at Victoria in good time and found a couple of members of the LBC that I hadn't met before. Got my ticket early from the machine as it seemed ALOT of people at Victoria Station had the same idea to take a train to go somewhere in what turned out to be a wonderfully sunny hot day.

Short train journey and we was all at Otford Station, did have to wait as one of our number missed the train as the line for the ticket machine was pretty long. But our timing was pretty good as not long after I arrived the hardcore trio arrived.

As soon as we left the station there was a hill. This would be my first test as it where and I have to say I felt pretty good on it.

On recent training sessions I have been focusing more on my breathing, making sure I get enough oxygen into my lungs, therefore into the blood which supplies the muscles with what they need. I wanted to take my heart monitor which comes with the Garmin but forgot. One day I will bring it all together on a big ride like this and get full complete ride data for it. What I would do with all that data I have no idea, but I like viewing it all though.

Didn't do much in the way of taking photos but just got on with the ride.

Had regular stops along the way cause of the heat, got to be one of the hottest rides we have ever done to date.
Glad I cut my hair the night before. Panting like a dog actually helps to keep me cool. 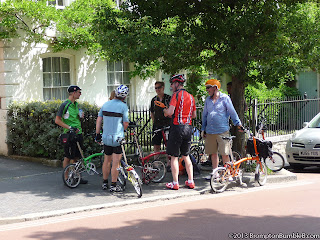 We finally made it to the Kings Arms Bar & Restaurant, which was in the middle of a little hill. I was really hitting abit of a wall at this point and thankfully the pub was just 200 yards away and everyone decided it was a good place to have lunch and alittle break.

Ordered up myself a awesome "Trio of Wild Boar Sausages served on a bed of creamy mash with onion gravy and fresh veg" and VERY yummy and filling it was too. At this point i've been making sure that I been drinking plenty of water as I could feel and see the signs of de-hydration as I was starting to get a little headache. As soon as I took on water the headache eased away.

After lunch we continued on to Whitstable Beach our target and we was only half way there.

the rest of this ride was just a blur of cars on country lanes, hills, tarmac roads & not so good un used roads. It was on one of these rough loose roads that we had our first and only puncture on this little ride. Mark W had a rear wheel puncture but was quickly sorted and we was all on our way again. When we did catch up with the few that was ahead of us they where just sitting topping up their tans :P

Chewing up the miles we where about 15 miles out from Whitstable when this vision greeted us. The co operative food shop. I have to say it was a very welcome sight as most of us where running low on water at this point and boy did we top up here in a major way and even had a quick ice cream or 2. My head was starting to go a little as I didn't have much water left and was making sure I had a few mouthfuls left if my head got any worst.

I have to say the staff was abit surprised to see us all raiding the fridges for ice cream and water.
At this point we wasn't too far as we started to see caravans and water sports equipment on their vehicles etc. 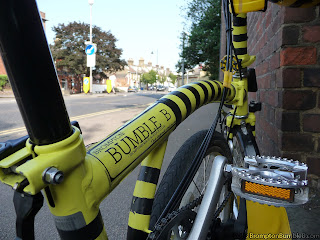 At this point we all pushed on to get to the Whitstable Beach for a well earned ice cream, fish & chip dinner before we headed back on the train. 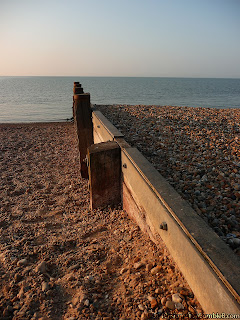 
After a good rest and food we decided to catch the train back to London.

Now this is where the TRUE adventure began....


We got to the station in plenty of time to catch the train back to London at 20:06. It didn't arrive. More than 2hrs later a train arrived but by this time the platform was pretty full of people trying to head back to London as the sun was setting. There wasn't much information  as the station itself was all locked up and no one was about to answer any questions.

Everyone was jumping on this train as they had no idea when the next one would be. We all managed to get on in the end. With the trains being all full up and families running late with kids etc people where a little on edge. On the first train there was abit of trouble and maybe even a fight broke out the next carriage down. While British Transport Police where dealing with it at the station the train company decided to transfer everyone to another train as this one was not going to Victoria any more.

Cue everyone grabbing their stuff and running down stairs then up stairs to get to another platform to get on another train heading to Victoria Station. I think in the end we did this about 5 times in total as there had been some problems service since early afternoon. Signalling problems and people on the tracks as well near London. At one point we was told to get off the train we was on only to be told 30 seconds later to be told the train we was getting off changed to go to London, Victoria again. Crazy.

Running about with a folded Brompton is interesting and something I don't want to repeat again if possible.

So the return home by train was took almost as long as cycling to Whitstable in the first place. We I did finally get home it was just past 01:00hrs in the morning. Hot shower and bed for me at that point.

It was a damn good ride and one I'm most pleased about with my performance. I actually rode up quiet a few more hills than I have done in the past which I'm most proud of.

Next week is The Dunwich Dynamo XXI which is 120 miles from Londonfields Park, Hackney to the Dunwich Coast, Suffolk but I'm personally not going to do it as for me that is just way to far in my current physical condition.

I'm getting there but not quiet yet.