After getting a few hrs sleep after the LBC Ride: Kew Gardens to Box Hill Loop, I woke up pretty good. My recovery time after a ride is getting pretty good and I'm even impressing myself with how my body is reacting.

Looked out of the window and it promised to be a very good day so I made myself ready and headed to the meeting point in Victoria Park, E9. Not far from my normal commute to work so wouldn't take me long to get there.

Once I got there my cycling friend Sam K who's bike actually got stolen but he was lucky enough to see it again in the same area to cut a long story short he got his bike back. A little worst for wear but nothing a good bit of TLC couldn't cure. But I wonder what story the bike could tell if it could tell its adventures.

Not long after I spotted this wonderful sight. I just didn't know what to think but damn what a awesome effect and then some. I've seen Susana a couple of times and she now has her trademark expression.

With so many dressed up in "Lederhosen" it would have been criminal not to take photos. I ended up with about 4 cameras taking photos of the gang together.
The Music Bike is at the ready to pump out them German Folk songs & the tweety bird song *shakes head* 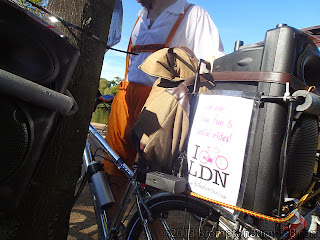 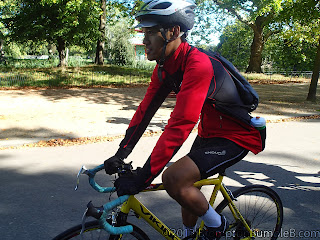 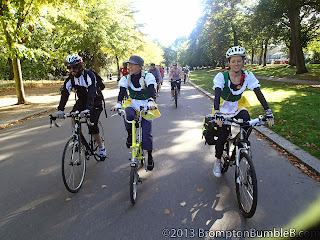 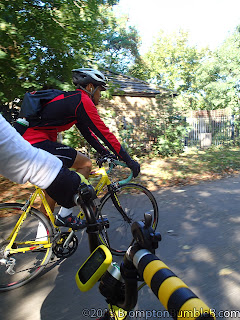 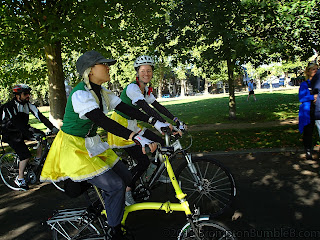 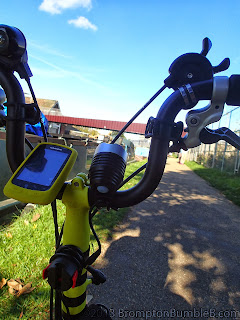 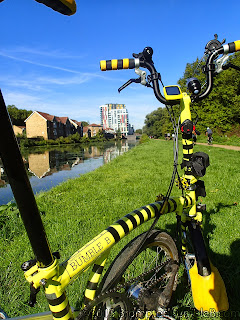 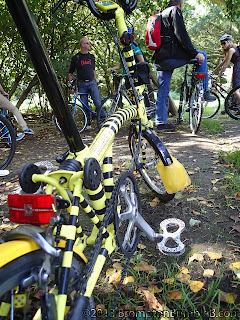 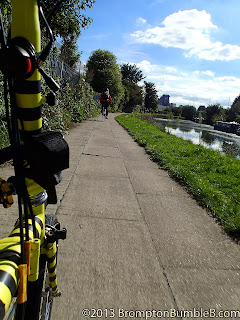 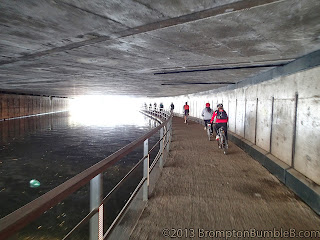 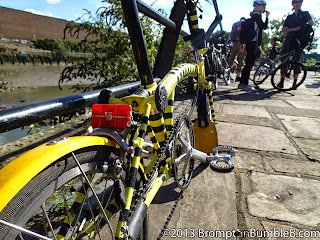 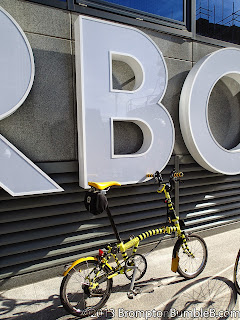 We finally arrived at the Oktoberfest. At first I wasn't goign to stay but then I thought "Why the hell not" 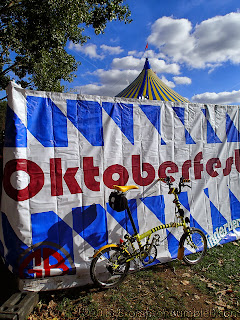 With so much beer flowing, things where starting to get a little WEIRD
Food, Beer & German Music. Pretty damn good all round if you ask me.
Well it was time for me to head home.  I patted "Horsey" and said my good byes to everyone else.
Me and a few others where heading in the same direction including #hardcore Brompton rider Jenny H from last nights LBC Ride.

Always good riding with the iBikeLDN folks, can't wait for the next.