Well folks I have kinda been looking forward to this ride cause it be almost exactly 1 yr since I did it last and I wanted to see exactly how much I had improved.

Heading to Hackney Central so I could get the Overground train to Richmond was my quickest and best option. As I passed my work place I heard one of my work mates calling out for me asking where I was off to. I shouted back riding to Oxford. I think I only heard a distance cry of "Your a nutter"

While on the overground train to Richmond my cycling partner in crime txt me to say that he was a train heading to Richmond as well. I figured he may be on the same train I was on but I looked down my carriage but didn't spot him. Few mins later I got another txt telling me to look to my left, then right and my partner was sitting there with a big smile on his face.

Got to chatting a little as we always do, about the coming ride to Oxford. I knew my riding had improved ALOT since then but still wanted to prove to myself and this was probably the best long ride to do it on.

We got to Richmond in plenty of time and found a few others waiting for us at the Costa Coffe just outside. Meet and greetings all round and few new faces too.

I went into the Tesco Express to get myself another bottle of water when a couple of ladies who had walked past our little group asked me what we was up to. I told them we was riding to Oxford.
The look on their faces said it all. One told me she had a Brompton but never thought about riding all that way and only used it for commuting. We had a little chat about it all and ofcourse I told them that me, Bumble B & the London Brompton Club. Assured them that we don't always do these big long rides but do plenty of smaller ones in and around the London area and handed them one of my LBC cards. They seem pretty surprised and wished me luck on our journey.

Once everyone had gathered we headed off to our breakfast stop, The Monkey's Forehead passing though Bushy Park. 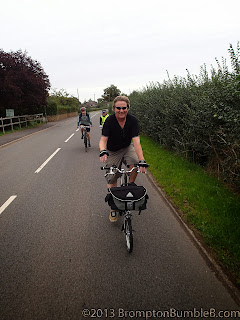 On our first short stop near a lock on the River Thames. 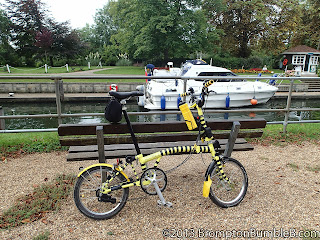 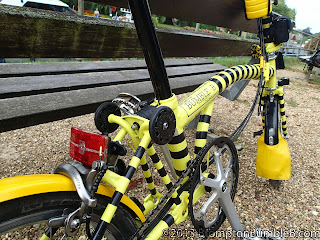 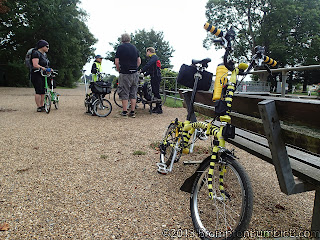 Onwards towards to the first official stop for breakfast to help fuel ourselves all the way to Oxford. The Monkey's Forehead was on top of a hill which was the first biggish hill we came across. I have to say I felt pretty good getting up it, just kept up my cadence and breathing at a good level and it actually felt much easier. My training & overall better fitness level is paying off. Very pleased.


I was the only one brave enough, ok SILLY enough to order up the MEGA Breakfast. I had it last time and it was great. This time though it go the better of me & I actually couldn't finish it all.

After the Monkey's Forehead we had to continue up the hill as pub was about half way up. I have to say at this point the MEGA Breakfast was abit of a mistake as I felt VERY sluggish and I actually started to yawn a little. After an hour or so the sluggish feeling faded and managed to get to get into a good cadence again.

It wasn't long before we was out of the city and riding along nice country lanes and much less traffic. 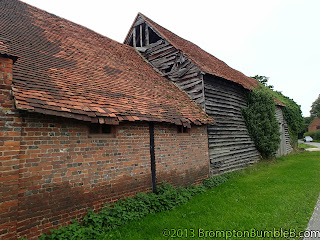 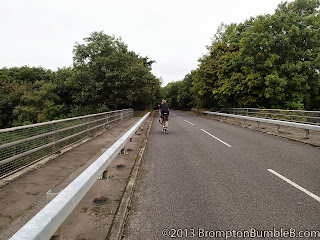 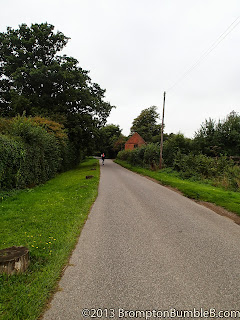 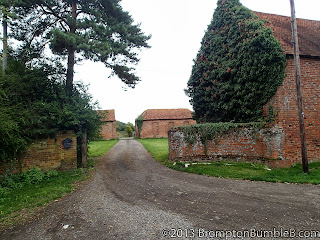 At about the 30-35mile mark we came across The Bell Pub we stopped at for lunch last time. 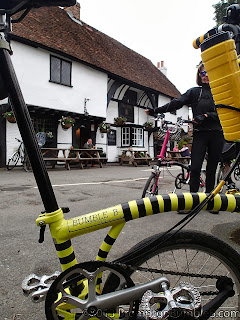 Seeing I had that HUGE MEGA Breakfast I was in no way needed anything more to eat. But took the time to take a few snaps and chat. We was actually waiting for another rider Dina D who was coming up by train and cycling to the pub to join us the rest of the way to Oxford.
Parked up BumbleB here and noticed a little sign, I don't think John "The Ticket" Birkett would mind the legend parking up here for a short time


After our lunch stop we powered on though getting the miles under our belts.

Finally we came into Oxfordshire and was on the home leg. 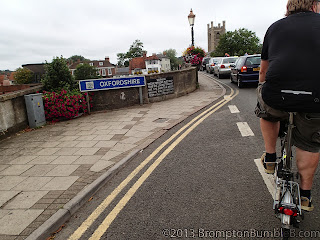 As we entered Hanley-on-Thames we lost Amanda O & Ann P.  It was a good but long ride and always good to not push yourself to hard if possible.

The rest of us headed off towards Pishill. I remember this hill from last time and in my mind it was a hellish hill for me to get up.

Back then BumbleB was a 3 gears and now with the 6 gears I was looking forward to how we would cope but I was still a little nervous about it. At a turn off just before the long road towards the hill we all stopped and fuelled up on energy bars and water. Also making sure I took of my cycling jacket and securing my camera & mobile in my saddle bag. Last thing I want is for me to be going up the hill and something bugging me and putting me off my cadence.

I had forgotten how long this road was as it seemed to go on forever and ever. For the most part it was me and Michael B heading up this way, tried to keep up best I could but in the end I just had to slow right down to a pace I would be able to keep going.
I did stop a couple of times to just get alittle rest & water. Once I finally hit the hill properly I made sure I focused on my breathing and cadence and just kept those going. At one point the hill for REALLY steep and it was just a little too much for me, I was completely out of energy and hopped off and walked for about 5 mins or so.

The hill levelled out a little so I jumped back on BumbleB and continued on, next thing I knew I recognised the final corner of the hill. At the top of the Pishill the rest of our little gang waiting for me. I have to say I was very pleased with having ridden up pretty much all of this hill and knew the combination of higher fitness level & 6 gears saw me though to the top. Next time I will ride up it all.

Now was the fun part, the decent. Last time I came down here I think I topped out at just under 40mph, this time according to my Garmin Edge 800 I hit a massive 41.2mph this time round. I really zoomed past a few riders that where not as bonkers as me but hell after going up a big hill you have to enjoy going down the other side.

Now it was the finally run into Oxford itself and only had one other stop to get more water.

We finally made it into Oxford City and headed towards Oxford University where we took a photo ofcourse.

We finally done it. We made it and kicked BUTT :D

We all headed towards Oxford Station to purchase tickets and head back to the big smoke, London. 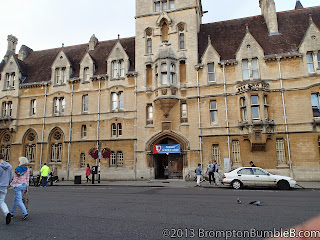 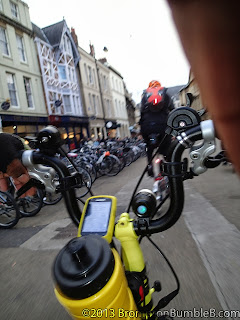 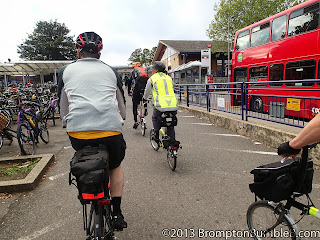 A knew addition to the station was a Brompton Docking station where you can hire a Brompton. Pretty cool 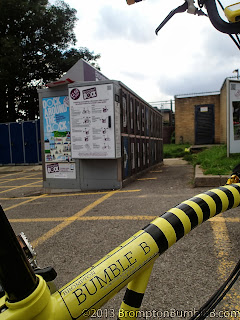 Most of us got our tickets and this time I got a train that we didn't have to run for, we had about 30 mins before our train arrived so had something to eat in the station.

The train back was a little packed but with the Bromptons ofcourse we never had a problem getting space. On the train I met a guy that had a CTC top on and ofcourse recognised Bumble B as soon as he saw him. I do post links to my blog post quiet often to the CTC facebook page and  Bumble B is pretty hard to miss.


While on the London Underground on the way home I saw these guys on the train. Fancy dress tennis stars, so funny. Hope they had a good night, it sure looked like it started off well.

I'm EXTREMELY pleased with how this ride went. Just shows me how much I have improved in just over a year. I know people already say that I'm a completely different cyclist these days but its only after something like this that I truly believe it.

BumbleB & me have basically evolved into what we are today & evolution NEVER stops.