Back to school with @iBIkeLDN

It's back to school again and ofcourse your late for registration.

iBikeLDN: Back to School ride was to go though the parks & canals of West London.

The weather was forecast to be raining between 14:00 & 16:00 hrs today but I personally didn't mind. I'm at the stage now that rain doesn't bother me to much on rides these days.

Well I got to Speakers Corner, near Marble Arch alittle early.

Took the time to look around Speakers Corner and take a few snaps of Bumble B before everyone turned up.

In time a few people stated to turn up. I think because of the weather forecast there wasn't many that turned up in the end. I think maybe 30. 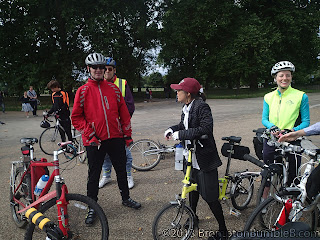 Once everyone was here we had our normal safety talk and we set off.

I have to say it was a much faster pace than other iBikeLDN rides but then again there wasn't so many riders to it was easier to keep a decent pace going. 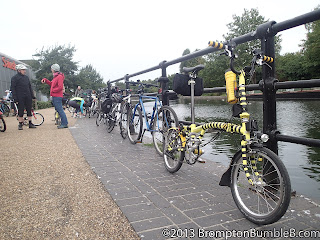 Cause the pace was prett fast I didnt get a chance to take any shots till our first big rest stop near a Sainsburys. 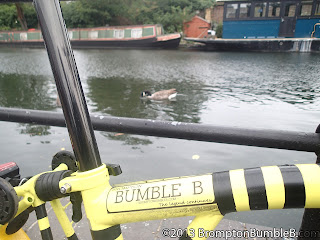 As we sped off on the next part of the ride along the canal paths which I have to say was pretty bumpy, esp after I had put Bumble B's tires to proper pressures things where shaking about pretty hard. 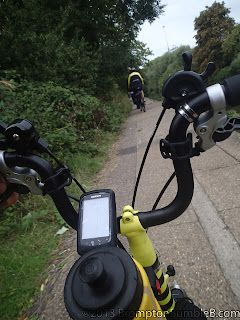 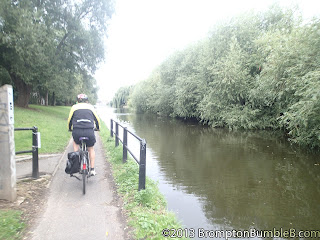 Not long into this part of the ride disaster struck, my new headlight hack to put the CREE headlight on Bumble B's front wheel broke. The actual Brompton metal holder that normally holds the front reflector snapped, lucky I spotted this before the headlight got caught up in the spokes. Headlight didn't break so I just disconnected it and put it in my pocket.

Anyway on we went at a good pace.


Seeing that this was a school ride we did go around this small roundabout a few times, the local residents probably wondered what these crazy cyclist where up to.

We then arrived at Brentwood Lodge Park which was to be a nice little break for 30mins. Having only had "exploding" porridge this morning I decided to have  something to eat, namely a Cornish Pasty, Apple Pie, Bun & Hot Chocolate which went down VERY nicely.

Afterwards we explored the gardens of the park and found a very nice maze which ofcourse a few went though to find the center. I took the easy path and just opened the gate to the center :D 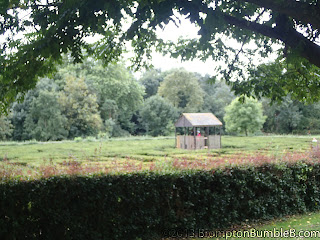 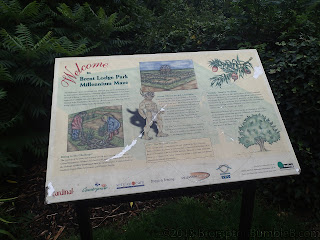 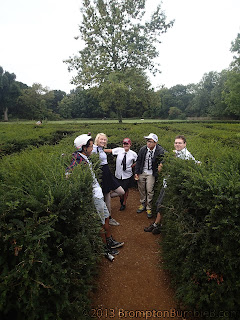 After our little break we headed down the canals again. 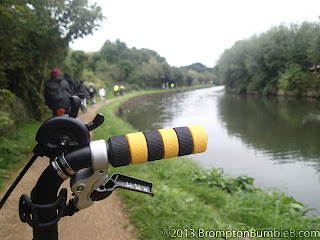 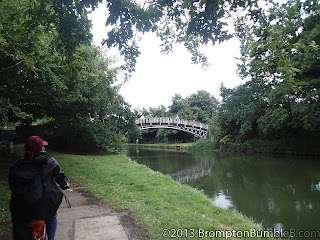 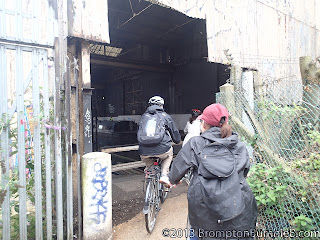 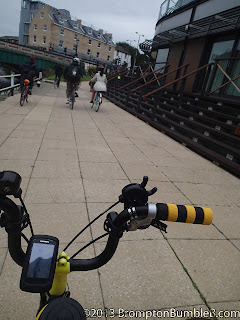 The end of the ride was at the Old Ship pub (25 Upper Mall, London, W6 9TD) right next to the Thames river which I've been to before and its a DAMN GOOD pub.

Another great ride with the iBikeLDN folks and ofcourse my cycling buddies old & new is always good.

Garmin Data: iBikeLDN: Back to School
Posted by Brompton Bumble B at 20:54