June is always a fun month for the Legend and I. This is when we have 2 events on the same day/weekend, namely the Jupiter Nocturne & Nightrider London.

Firstly the Jupiter London Nocturne. The registration format had changed little this year in that the riders had to register on the 5th June & the event itself was the next day. Registration was held at Oakley In Residence Workshop in Exmouth Market between 12 pm till 10 pm.

A few of the LBC was riding in the folding bike race so we decided to register at the same time and have a little look at the track in Smithfield's Market afterwards because the course had been reversed compared to previous years.

Officially signing up for the folding bike race. Making sure we know where to place our rider numbers and other important information.

Even a competition for  virtual riding with Zwift.


Haven’t seen Mark W’s new addition of a Charge Saddle. Looks VERY familiar to Bromptons standard saddle but with green stitching. I had a look and there was a yellow version but very expensive and I’m not really in need of a new saddle just yet.


This is what was in the riders pack, very impressed with the little spanner/tool bottom middle. Beer opener, 15mm spanner & even a spoke tool too.

After everyone had registered and collected there rider packs which contained a few freebies & rider numbers we headed down to Smithfield's Market to check out the track.

As I thought the road / track’s surface hadn't really changed much at all. VERY rough surface and potholes all over. It’s a well used bit of road due to the market but also not a major road so the surface isn't as well looked after. We couldn't really go all the way round as the roads where still open to traffic and we was going around the wrong way round. 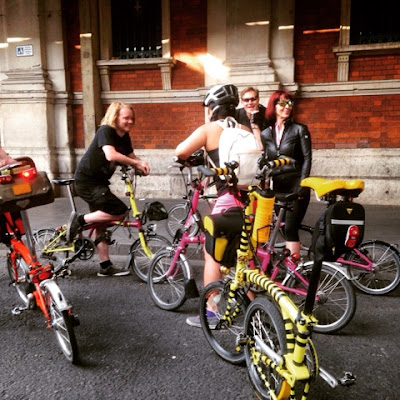 This time round I was going to be filming the race.  A good friend of mine, Daniel lent me his Garmin VIRB Elite so i could get front and rear views, video to be posted later. 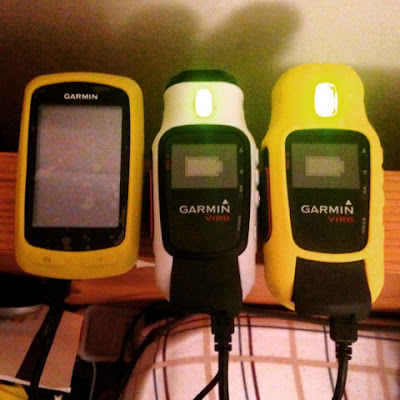 Woke up bright and early and excited as it was finally RACE day. Met up with my cycling partner Mr Orange & John M & others soon followed at a little coffee place just down the road from the event & fuelled up. This was going to be a long and busy day for the legend and I but we was ready. It was finally time to get down there as we was the first race on the cards so good not to be late.

BBB is all set up and ready to go racing 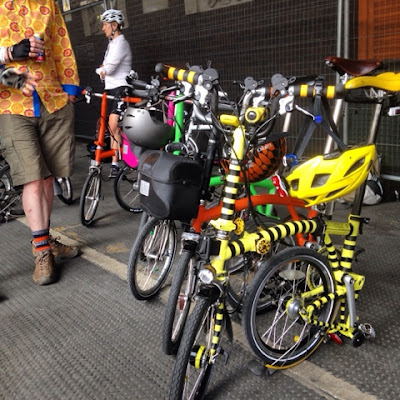 As part of the event there where Masseuse on hand to give riders a good rub down before and after the races. I couldn’t say no :D

Damn its tough being a legend I can tell you. 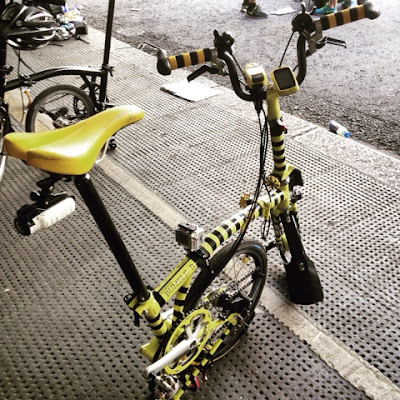 I was in Heat 1 which I later figured out was one of the fastest heats & most of the LBC riders where in. But as always I'm not there for the racing and winning etc, I was there to have fun and to just take part.

The tension was building as we rode to the start line, we picked numbers from a hat and that was where we had to fully fold out machines in readiness to be rode like never been rode before.

As always its safety first at these kinds of events so we had to wait a little while longer to make sure the track was cleared and marshals where ready for the racers. The chief race official quickly did a circuit in the iconic London Taxi.

Normally the run to the bikes is about 100 meters or so but this was WAY WAY further than that. I thought damn man we're here to ride not run :D

Every rider has their own way of preparing themselves in those last few minutes before the flag drops. But before I knew it we was off. Seeing all these rider's scrambling towards there bikes, trying to unfold and get a good start  on the straight 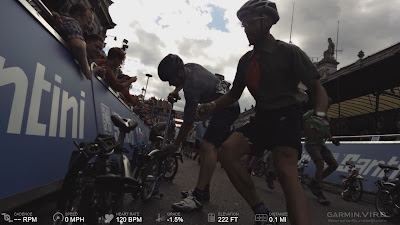 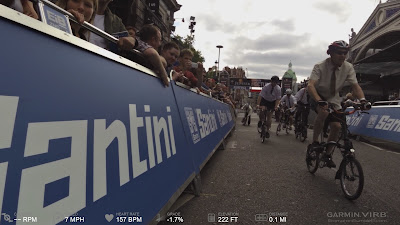 After about 30 mins of hard pedalling the race was over. I knew I hadn't did much I already knew I was pretty close to last place but that didn't matter at all to me it was the taking part that counted.

In heat 2 though as far as I'm aware it was the first time ladies had taken part in this race and was looking forward to seeing 2 of the LBC ladies lighting up the track. Ann Marshal & Chris Bridge where in lightening form.


Like me a few of the riders where there to have alot of fun, here is Yavor Mitev of Brompton Junction cheering up the crowd.
After the folding bike racing I spent most of the time chatting with my follow riders warming up and chatting away about all things cycling in general. 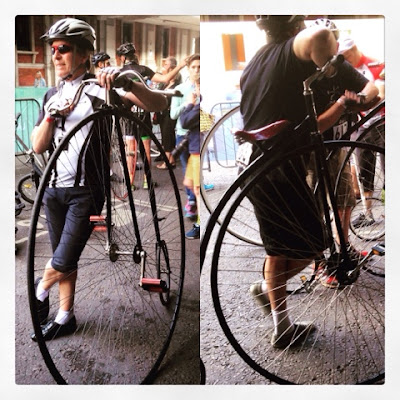 I couldn't stay long as I needed to get home and prepare for the Nightrider London ride later that evening. It was a great day and I very much enjoyed it. I especially loved that a few people that I have ridden with where around the track cheering me on as I went round. That made my day even better and I thank you guys for all the support.