It's been awhile since the legend and I have done some decent mileage. Well it felt that way and with the Dunwich Dynamo XXIII coming up in a couple of weeks we needed to do something abit longer for training. So last weekend we when on a 60 mile ride.

Me and my cycling partner in crime OrangeBrompton where travelling up from Paddington Station to Oxford with David & Anne for the London Brompton Club Ride: Retreat from Oxford.

I was pleasantly surprised that I got to Paddington Station pretty early for once, so early that the train wasn’t even on the departure boards yet.

Even had time for a sandwich and hot chocolate.


Once the boards showed my train and platform I could see MrOrange, David & Anne making their way towards the same platform. We said our hellos and made sure we secured our B’s & Anne’s big bike close to each other.

Just after we arrived at Oxford station I noticed there was a proper stream train just pulling out. Proper steam and everything woohoooo

We arrived in a drizzling Oxford. After we finally gathered everyone together we kept looking outside to see what exactly the weather was up to. It looked like it was going to be drizzling for the most part of the day so everyone started suiting up in their waterproof jackets.

On this ride there would be about 15 (or so) of us on this ride with a few new faces as well as a few I haven't seen in awhile. This was mainly Rob & Dina’s ride as they live up in Oxford and had done the route a few times.

We kept looking outside a few times as the rain looked like it was going to die off and then it would come down harder again but not actually stop. 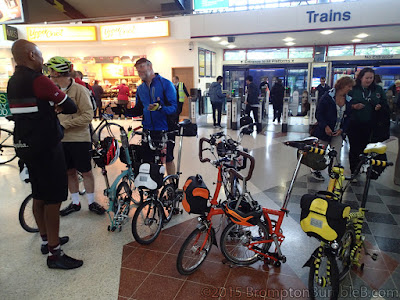 As we cycled though the centre of Oxford a Brompton Peloton always draws onlookers. 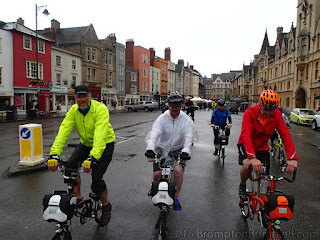 We even stopped off in the market where Brompton Bike Hire had a stand and of course had to get a couple of photos of us all getting ready for our 60 mile ride to Richmond. After a few shots we had to get moving as we had alot of miles to cover. 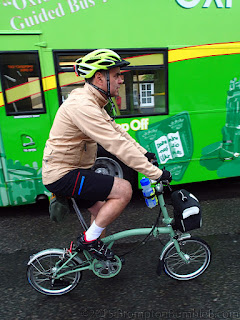 I have to say that Oxford is a great place to cycle & lots of old buildings & history to see. Maybe one day the legend and I will stay for abit longer and take a little tour of the city itself. 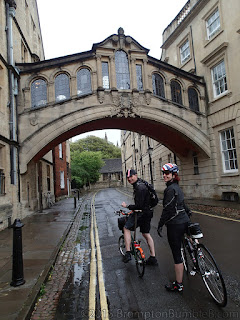 Getting out of the city wasn’t to hard and the drizzle was fairly constant the whole time. Not heavy enough for full on waterproofs but enough to keep you wet.
Daniel had adopted for the shower cycling jacket & plastic poncho which is good but then again makes a great wind sail. 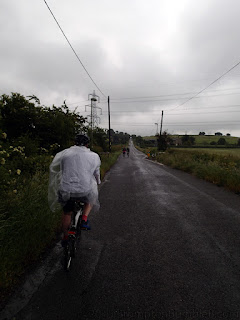 As we started to ascent a big hill we where constantly passed my old vintage cars that looked to be on some kind of treasure hunt. 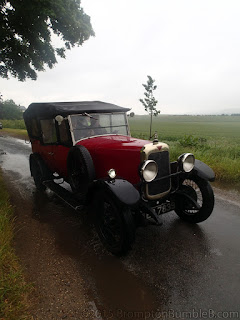 Ahead of us in the distance was Britwell Hill. Yup it was a long big hill. I had to stop and walk a couple of times but I was glad it was at the start of the ride instead of near the end. Plus at the top was our lunch stop the Fox & Hound Pub so even more reason to make it to the top. 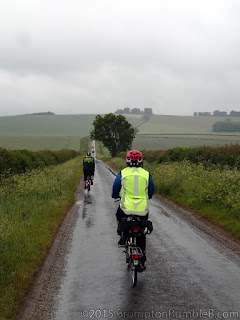 You see that behind us, we cycled/walked up that thing. It was tough but good to get to the top as we knew our lunch stop was The Fox & Hound pub. 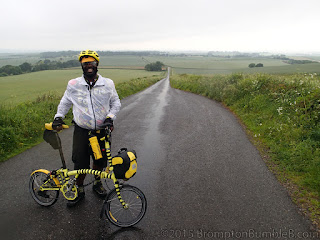 Damn good sight to see when on a ride. 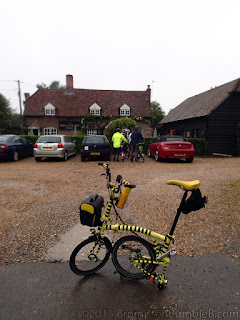 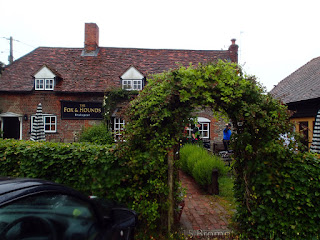 As we browsed the menus I noticed that the beer glasses had Bee’s on them. If I could have I would have taken one to add to my Bee collection at home. 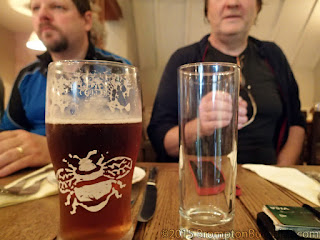 Everyone is wondering what to have as the descriptions all sounds so yummy. 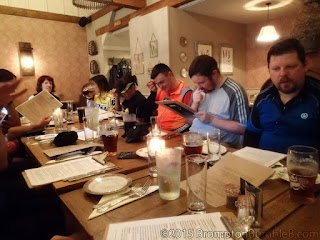 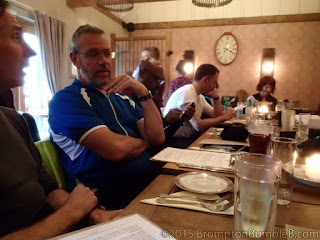 After a well earned pub lunch we returned to the road. The drizzle had basically stopped now so we could strip off a little more and start getting some serious miles behind us. 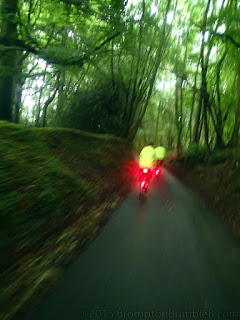 Looked like we where coming though a little parade/fete here. Was pretty busy with cars and people but we got though pretty quickly. 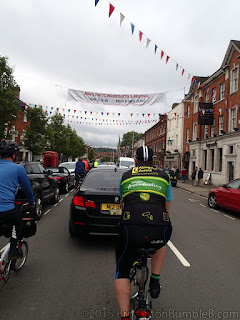 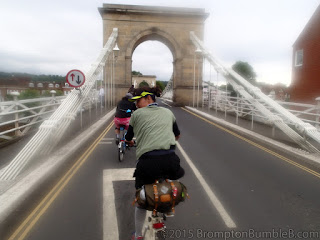 As always Samantha is snapping away with a huge smile on her face. 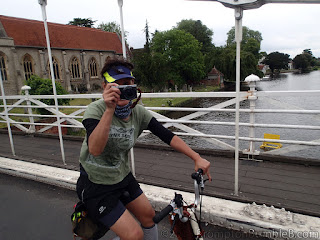 Always smiling on a LBC ride 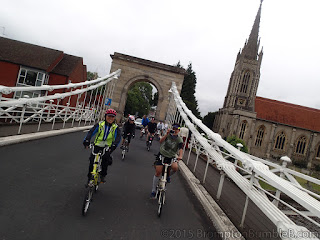 We even did abit of off roading but not for too long, BBB didn’t like this bit too much but I promised him when we got back to the HiVE I would give him a good cleaning. 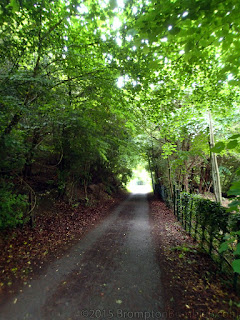 Back on proper roads we ate up the miles. I could tell we was getting near to London as I started to see London Bus stops appearing, always a good sign we was heading in the right direction. 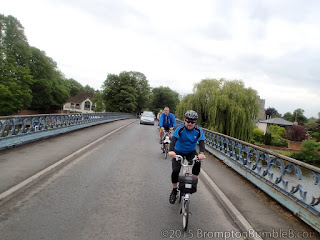 Our last stop before the final push to Richmond, mainly for the coffee junkies.


The final push and we had made it back to Richmond Station, our finish line. 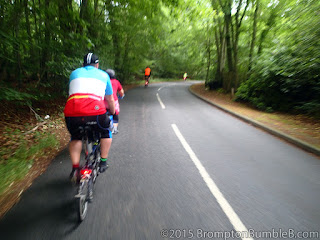 I didn’t get a chance to take any photos of the group near the station as I wanted to catch the next overground train back to the HiVE. Me and my partner in crime jumped on our train home and commented on how good the ride was.

With myself I still felt I had a good amount of miles left in my legs which is a good thing as in July the legend and I have the Dunwich Dynamo XXIII. A 120 mile over night ride from Hackney Londonfields to Dunwich coast.

As always our ride data, as they say if it's not online, it didn't happen ;)