3rd year of the #NightriderLDN2015

Hot on the heels of the Jupiter London Nocturne race in Smithfield's we managed to get a few hours sleep before the all Nightrider London ride.
This is a great charity night ride all around London for a charity of your choice. This time though I didn't get a chance to name a charity but was going for myself.
My 3rd year running doing this great ride but this time though my starting point had changed to the Olympic Park Velodrome which isn't to far away from me.
The legend at I would be riding with the Bee Team consisting of Daniel, Samantha, Jenny & yours truly. We are of similar pace & speed & we've been riding a few times on the latest rides of late too. We also will be doing the Dunwich Dynamo XXII on the 4th July 2015 (OMG less than a month away) 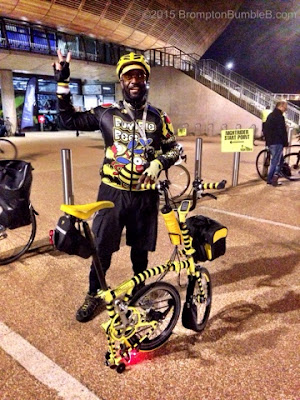 Signing up for the ride was abit different to last year, You could txt your name to a number so they knew you was attending the ride, only thing was that you still had to line up to get your rider number and hi-vis tops. As always a few people recognized the Legend and a few of the marshals remembered me doing the same ride for the last 2 yrs, this was our 3rd year.

I arrived first and got signed up and waited for the rest of the Bee Team to arrive and sign up.

All ready for the off, we missed our start time and looked like we was the last bunch to leave.


and off we went for the Classic Nightrider 2015. This year there was 2 courses, the classic 100km (60miles) & the shorter 60km (32miles) route.
We would be of course be doing the 100km route. I got abit confused at the  point where the 2 routes parted but my Bee Team got me back on track.


Our first big landmark was Crystal Palace. There was an event that looked like it was just finishing so we had lots of traffic and people coming out. Seeing us on our bikes people had to do a little double take at times esp when we was staying we was just starting out to do a 60mile night ride. 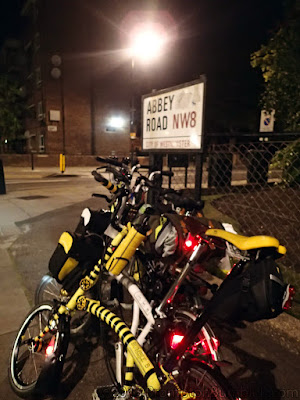 Forgot to grab the photo on the Abbey Road webcam of the Bee Team taking an iconic photo crossing the famous zebra crossing.

Onwards we went powering though the night, it was pretty quiet by now so we had the roads to ourselves for the most part, other than other riders coming the opposite direction as they started at Crystal Palace. 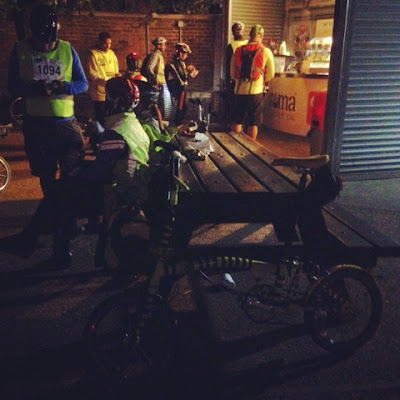 As the sun started to rise we passed quiet a few famous London Land marks. 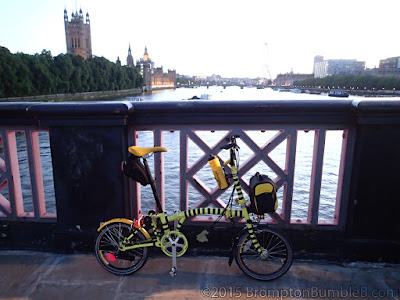 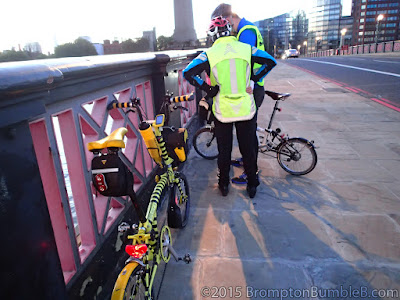 We finally hit Alexander Palace which was a major snack break stop for us and boy did we need those bacon sandwiches and hot drinks. 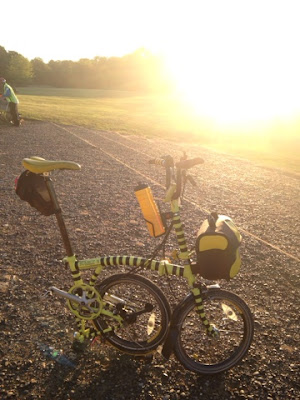 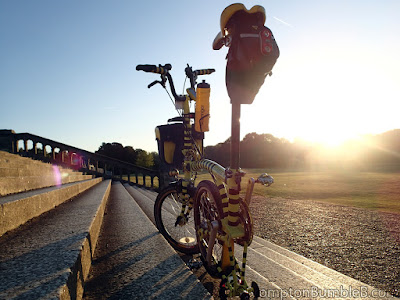 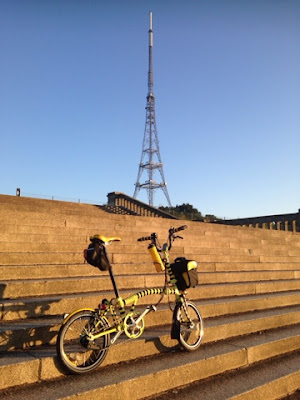 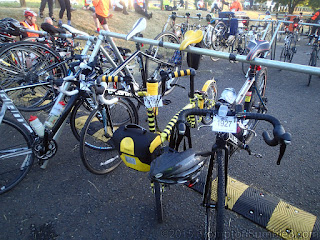 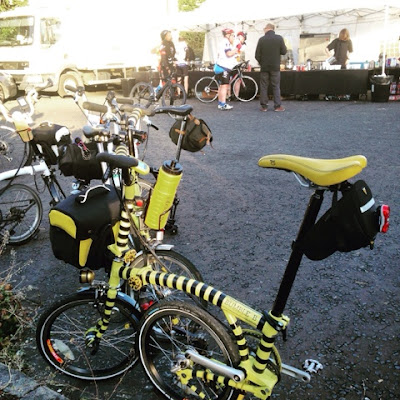 Now it was time to really put the speed on, time was getting away from us a little and some of the check points where packing up getting ready to close down. 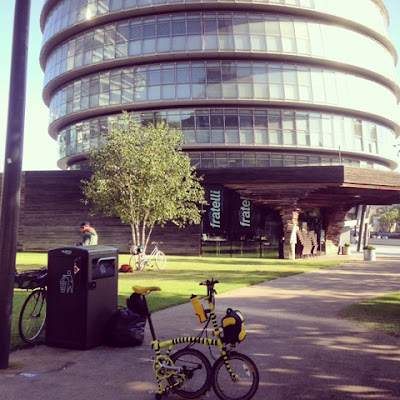 Finally we had the Olympic Park, with the Velodrome in view, Our goal was just ahead now, would anyone still be there? would there be anymore snacks left behind? would we get our hard earns medals? 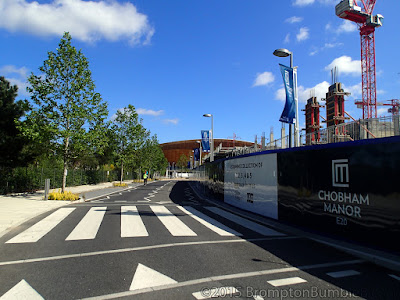 Our goal was so close, we just had to get onto the Road circuit and that was it job done.

WOOHOO we had made it, it was abit of a slog but we got there in the end.
We was abit knacked after riding all night but it was damn good. 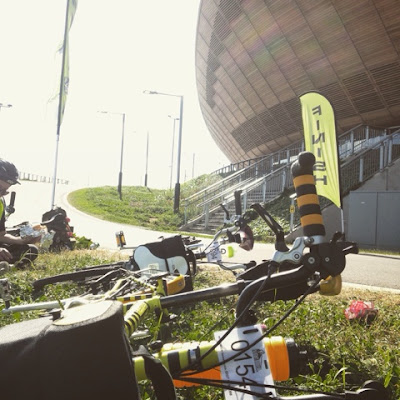 It was a lovely morning so we sat for a little while in the sun for a little rest before heading our separate ways home. I wasn't to bad as I only lived a few miles down the road so the Legend and I cycled back slowly.

Big thanks to all the other riders, marshals and everyone involved with the Nightrider London. Once home we did nap for a little while and woke up to find we could watch Sir Wiggins epic 1 Hour ride which was taking place at the same Velodrome we had just been to. So there had been 2 legends there at the same time. :D