Relaxing Photo Ride with the Legend

Went on a little relaxed photoride this morning with my buddy, Mr.OrangeBrompton. Basically getting out and about in London photographing things we come across on our travels.

Having met up with Mr. O outside the Albert Memorial we headed around Hyde Park and we towards St.Pauls over the Millennium Bridge. 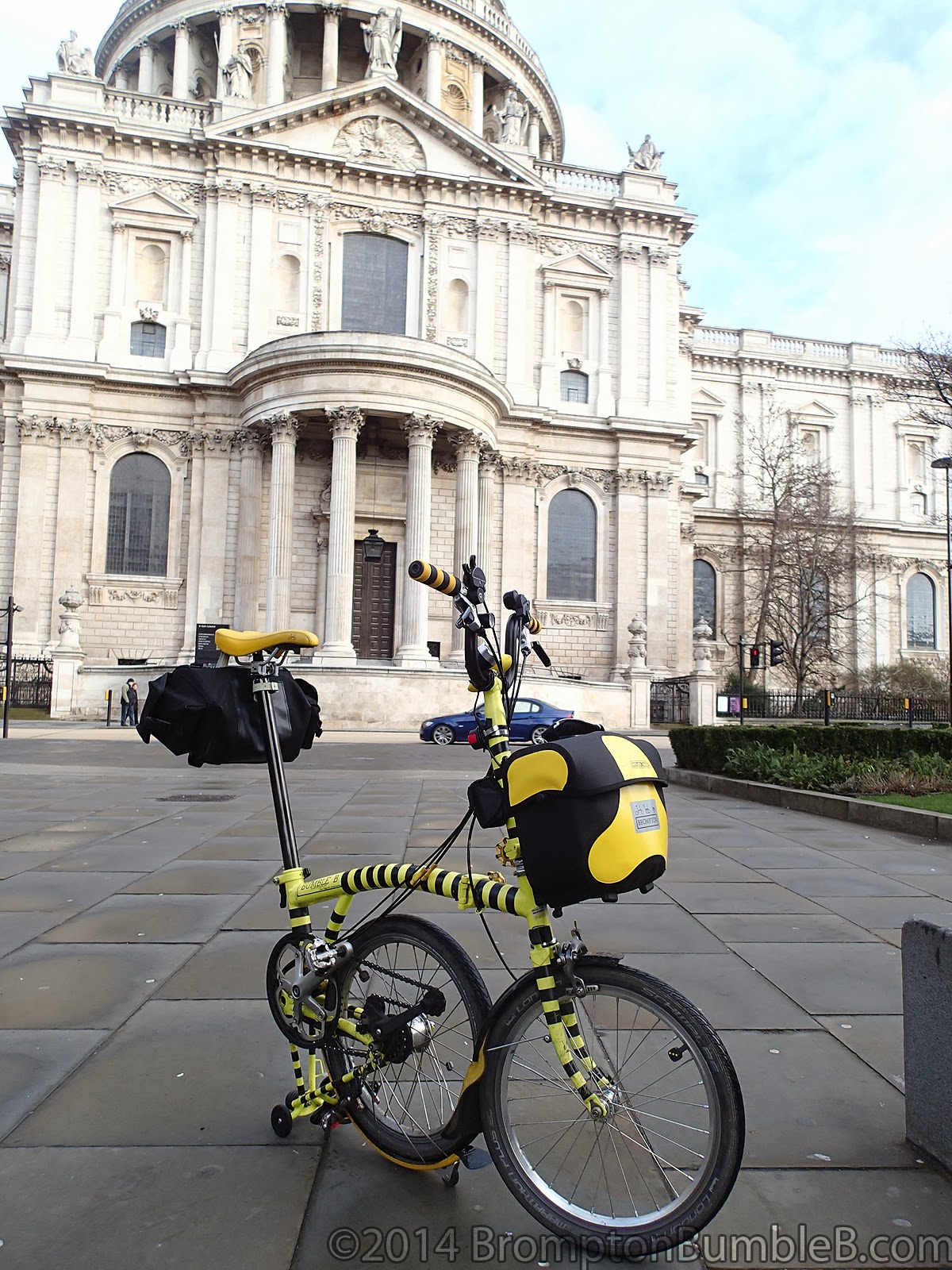 For some reason I kept thinking of the film "Lord of The Rings" when I took this shot. 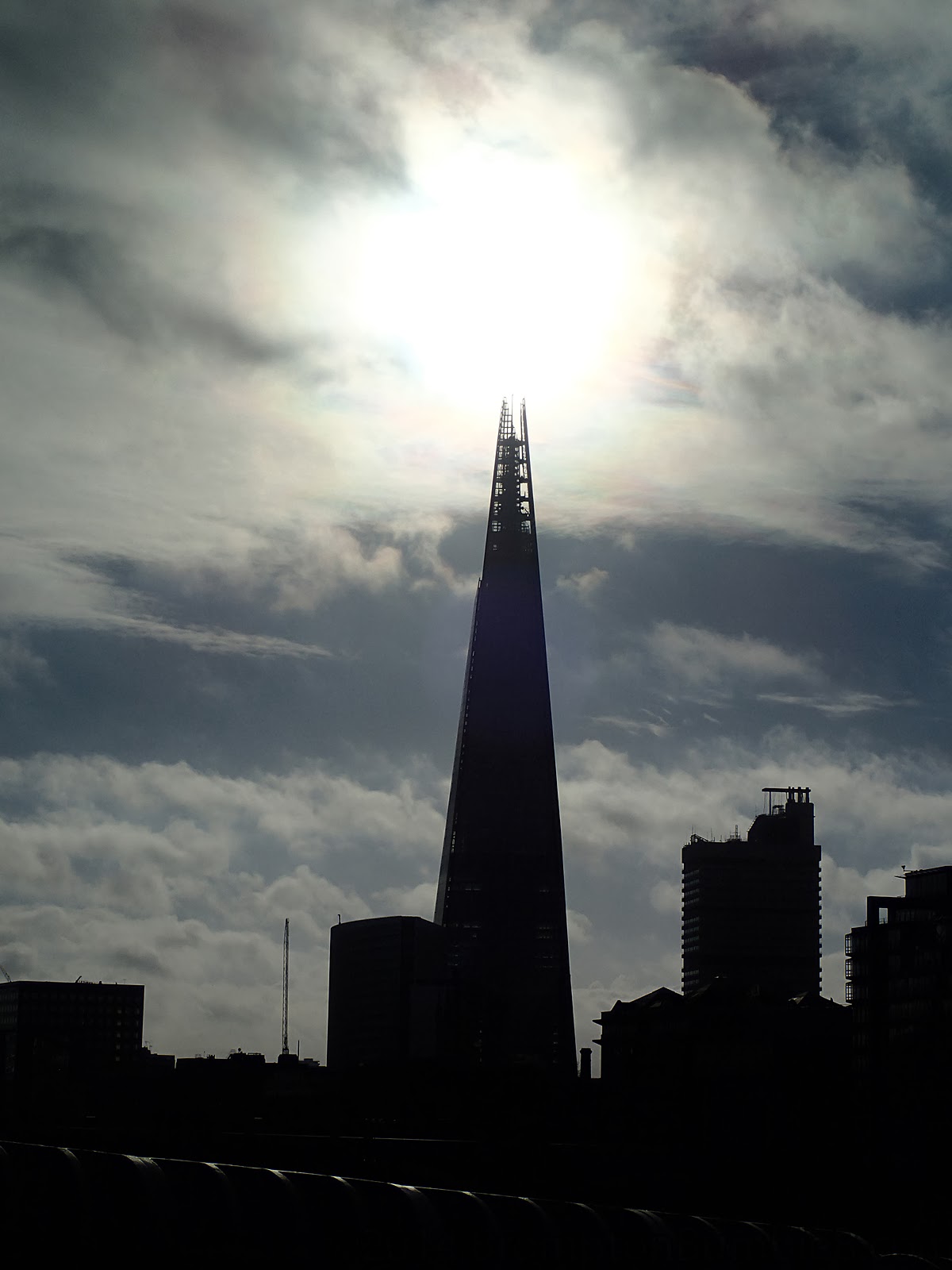 While riding along in central London we came across police escorting some VIPs. We got held up a little and when they moved and turned into a building we was held up again my what looked to be road workers. We got held up for quiet awhile as the VIPs had disappeared and wondering why they wasn't letting the traffic though. Asked the workmen holding us up what was going and it turned out that they where filming a new season of 24. The 2nd season to be in London. I personally haven't watched any of the series but I do remember the craze when it was on.

As we got closer to the Gherkin we came across this weird shinny art work.

More shiny things that don't mean anything by Ryan Gander.

Ryan Gander's work often plays with historic paradigms which he then gives a contemporary humour and relevance. This sculpture is made up of thousands of objects to form a large ball; it's as if the core is magnetic and has attracted all the shiny useless objects that fill a city. The work explores ideas of public sculpture which normally have a historic legacy or represent the fortitude of an institution or person. In this case, the sculpture has the scale and materiality of a work of "significance" but in actual fact is simply an assortment of things


We had been very lucky with the weather and this was to be a nice relaxing little ride.
As we started to head back to our start we pasted the Museum of London which I noticed had some odd looking art(?) on the side of the building. 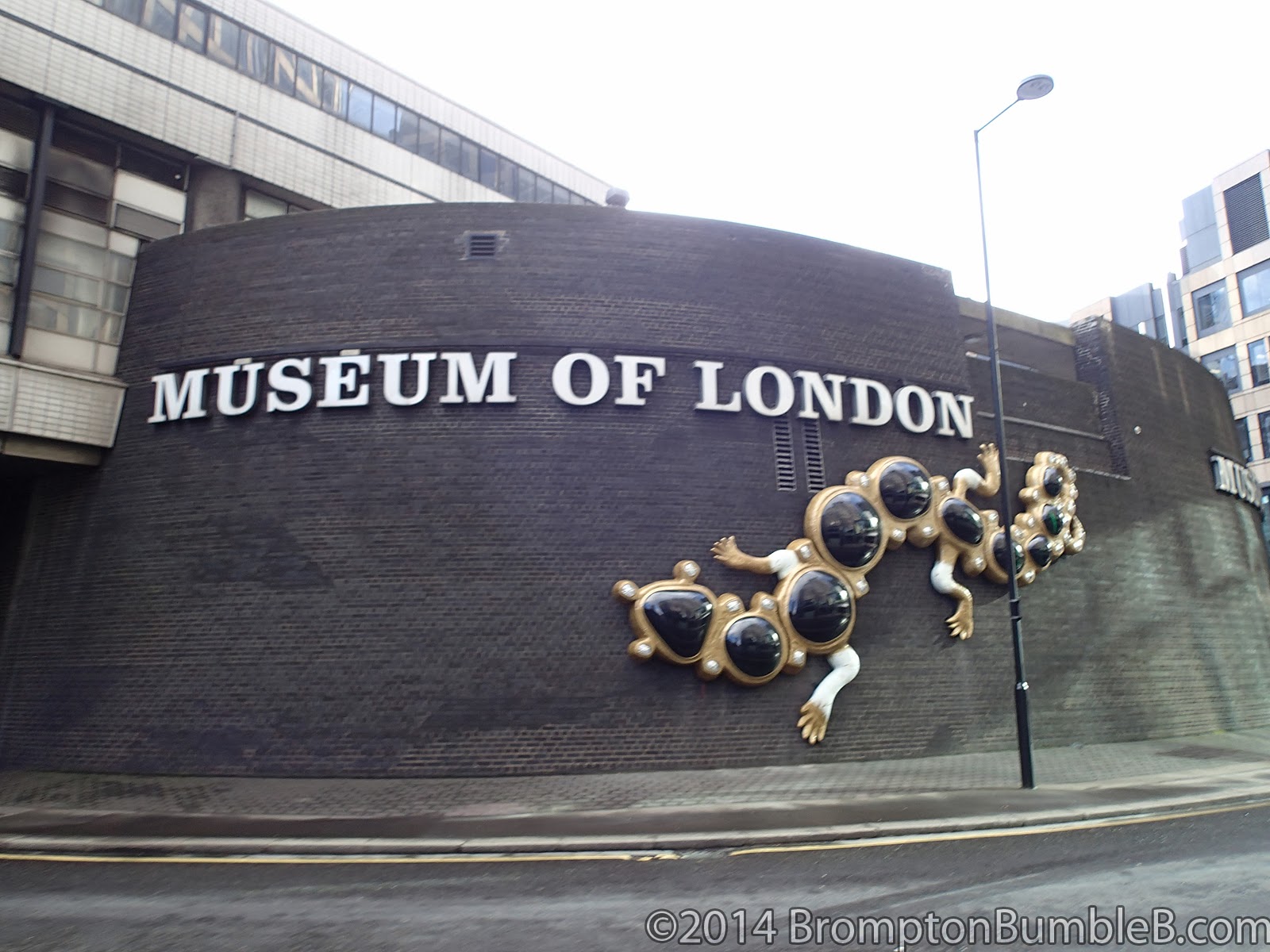 We was heading towards Smithfields Market for a quick look at the circuit we would be riding for the IG London Nocturne in this summer. The road is pretty rough and potholes which will make for interesting racing I can tell you.

We started to head back to the start and headed down The Mall towards Buckingham Palace. The road was blocked to traffic so we had the whole road to ourselves.
Just as we got to Buckingham Palace we had timed our ride perfectly to see the changing of the guard. 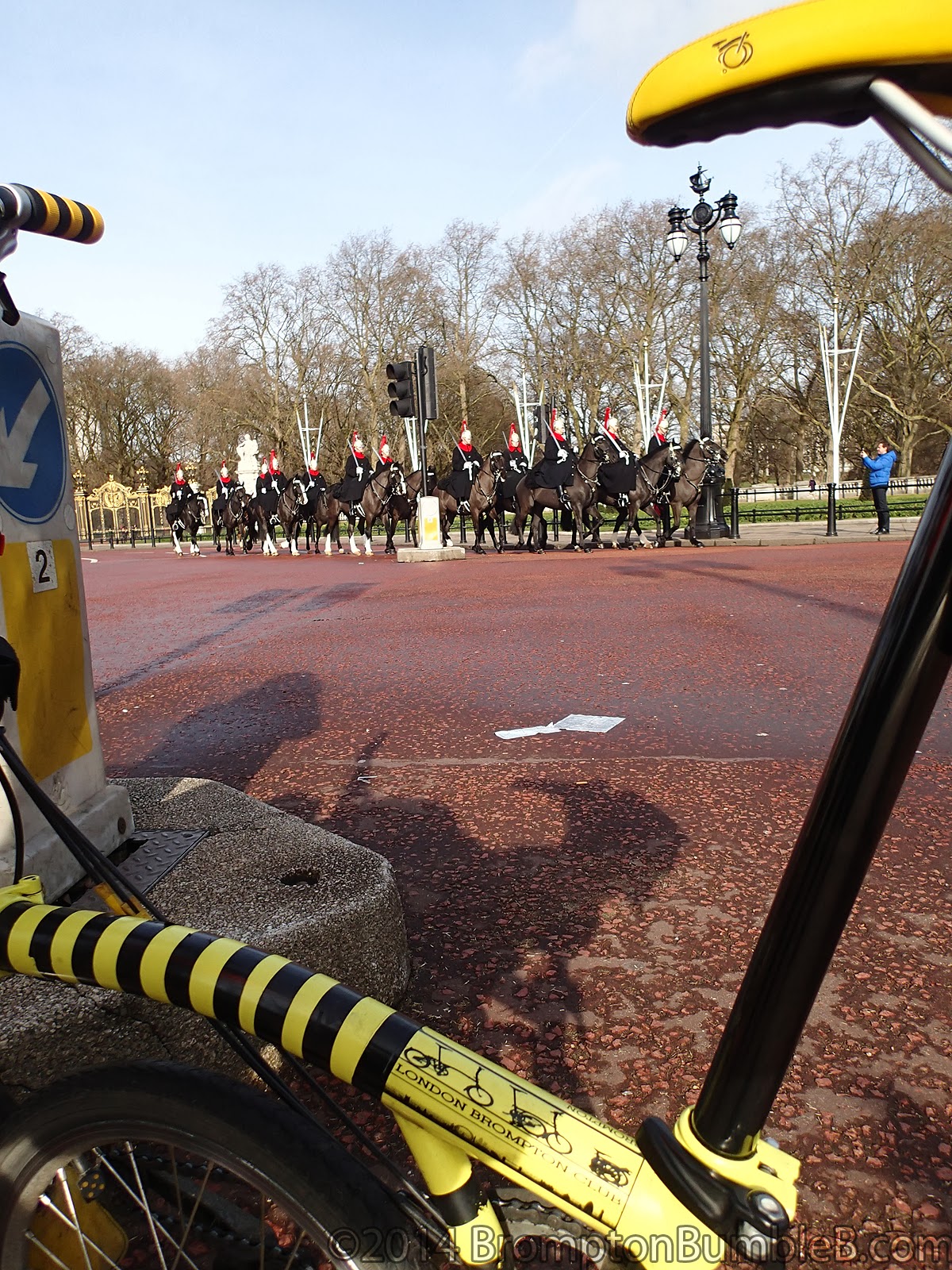 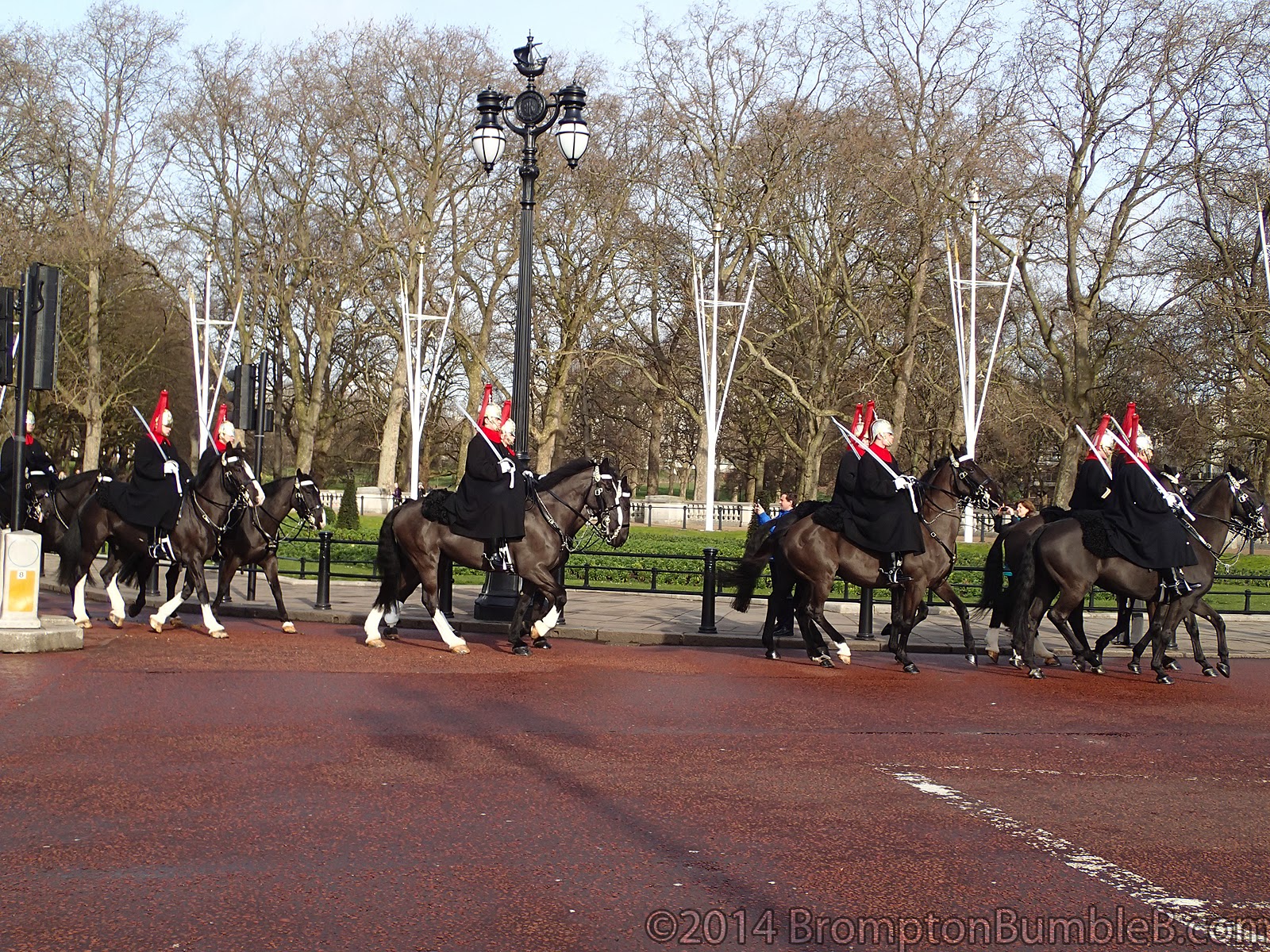 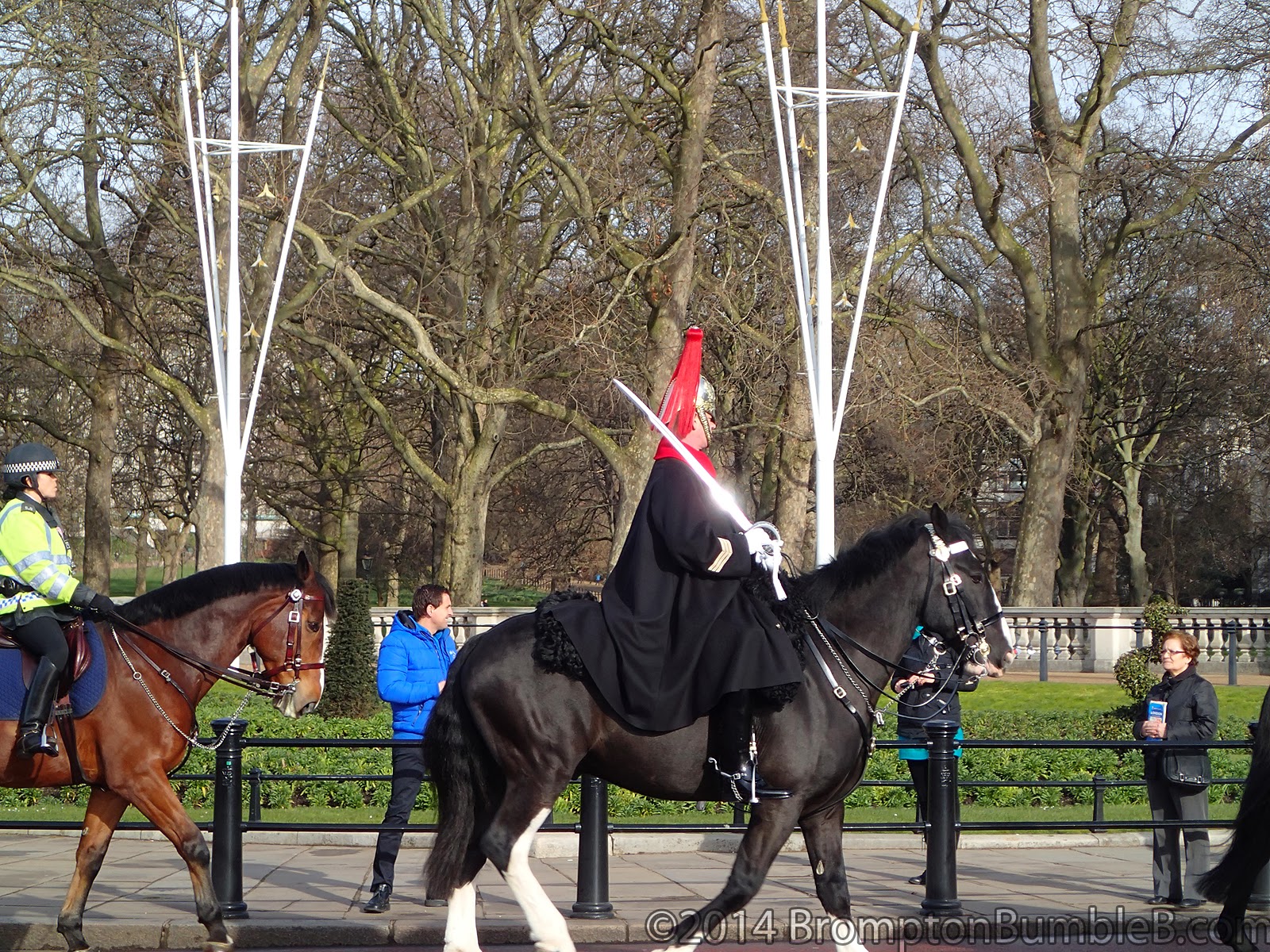 At this point I was pretty close to Green Park Station which is on my way back to the HiVE. Having had a pretty good easy relaxing ride with my cycling partner I said my goodbyes and headed to the station though the park itself.

A good relaxing ride seeing the sights of this great city. Sometimes its good to slow down a little to to actually see the city you live in instead of rushing though getting from A to B. Take some time and see your own city, maybe turn left instead of right, you never know what you may find.


Relaxing Photo Ride Data
Posted by Brompton Bumble B at 17:24