The legend and I have been looking forward to riding with my LBC buddies for awhile now. We had missed the "LBC:Surrey Hills, because they where there" ride as the weather conditions where just a little to much for us (rain & snow on higher ground)

Today's weather promised to be for the most part dry, just overcast but not to much wind, so pretty decent winter cycling conditions. Fuelled up with a banana & porridge with big spoon full Nuttela we headed out the door for another cycling adventure.

So off we went the meeting point of the bottom of The London Eye on the Southbank. This time thankfully I arrived pretty much on time as I have a reputation to arrive just as the group are setting off. Hellos and hugs all over from new and old friends alike and also checking out each others Bromptons to see what the latest upgrades & tinkering we have been up to.

This would be the first ride I've been on since changing to a different model dynamo rear light so I was looking forward to seeing how it would perform there will be a review of both soon.

Once again this was David's ride and with his booming voice gave as a brief outline of where we would be going, keeping together as well as mentioning that being a sub 30 mile ride there would be no lunch stops, just toilet breaks for those in need.

Then we was off pretty much on schedule, as we weaved though the few tourist that was walking about the South Bank enjoying the Brompton Peloton. No matter how many times I go on a ride, the Brompton Peloton has to be one of the best views EVER. Every Brompton is the same but also a reflection of each rider's personality so are different at the same time. You just don't get that of thing with any other bike. 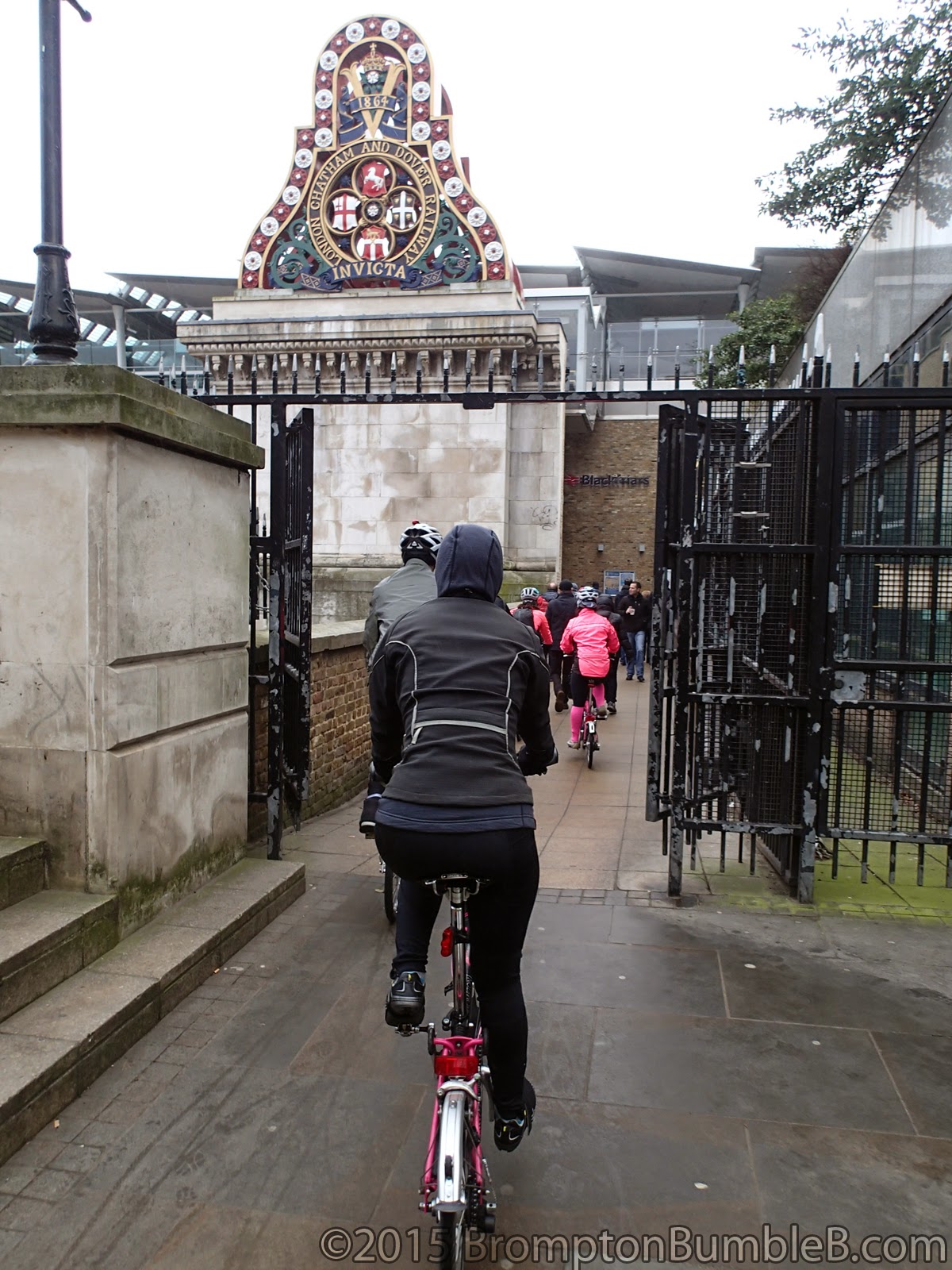 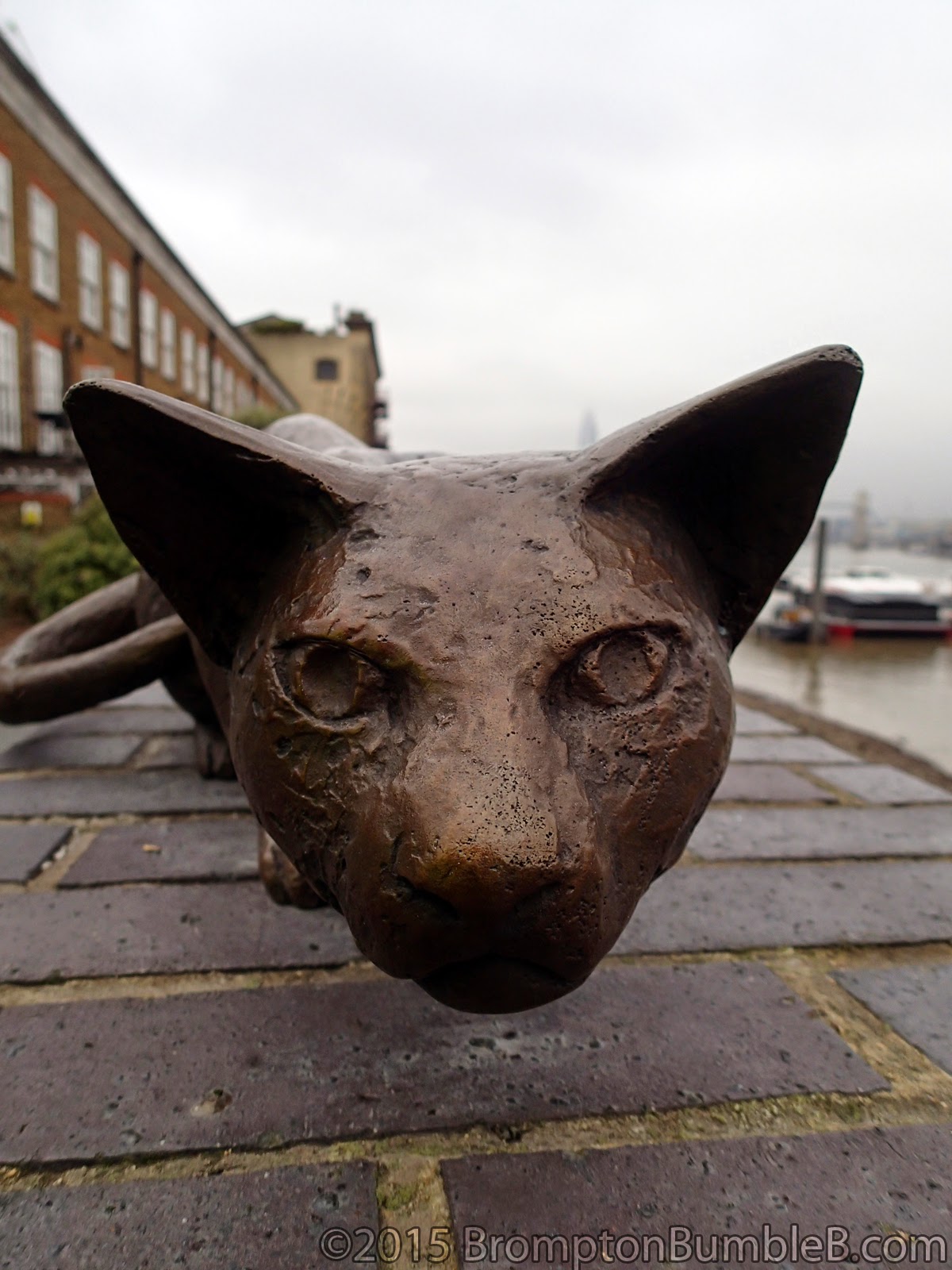 There is actually a whole family of brass salutes at this spot, man, woman and a couple of girls if I'm not mistaken.

Forever onwards we went along the Thames Path though alleyways, small docks & finally arriving at the Cutty Sark 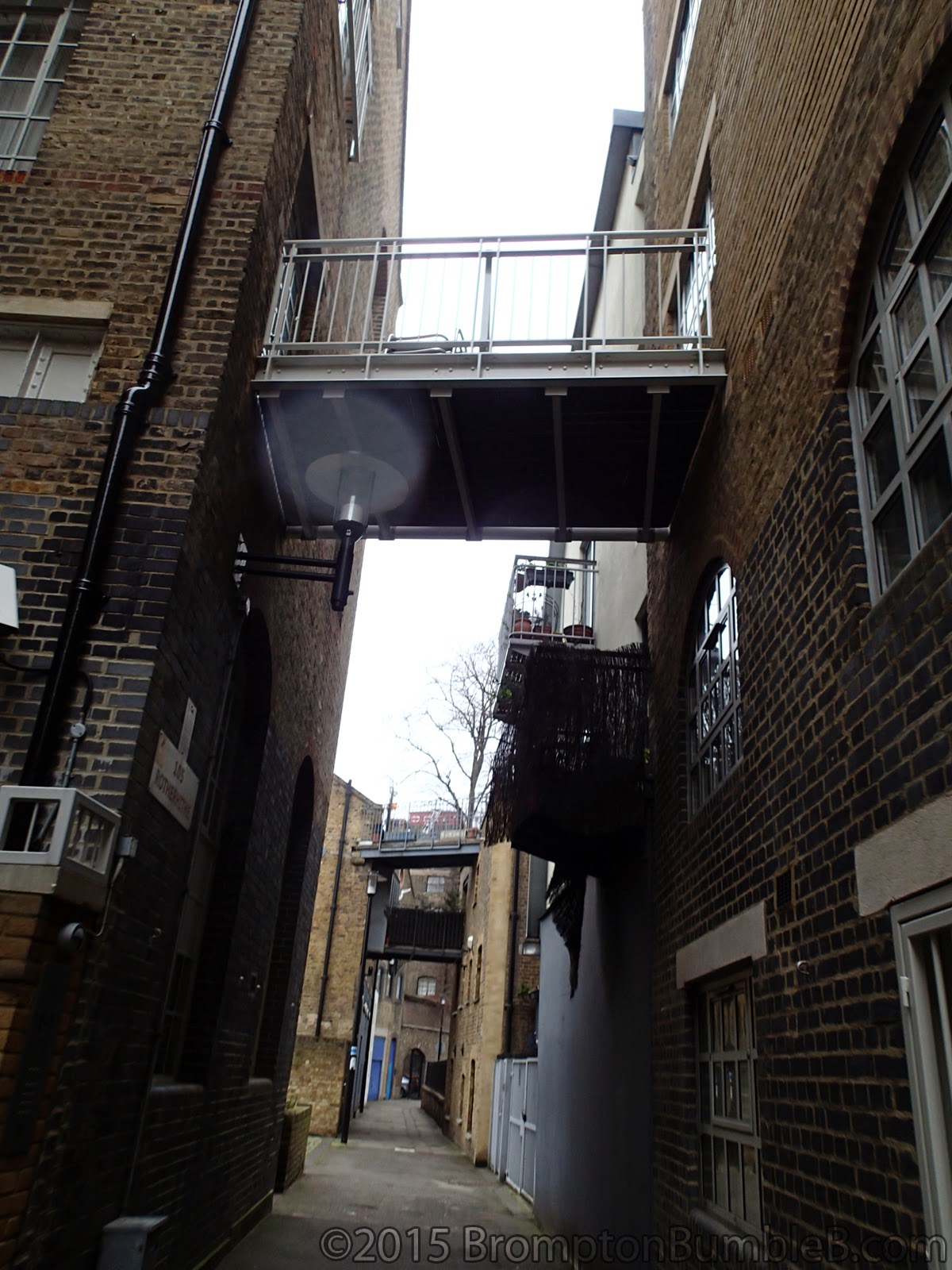 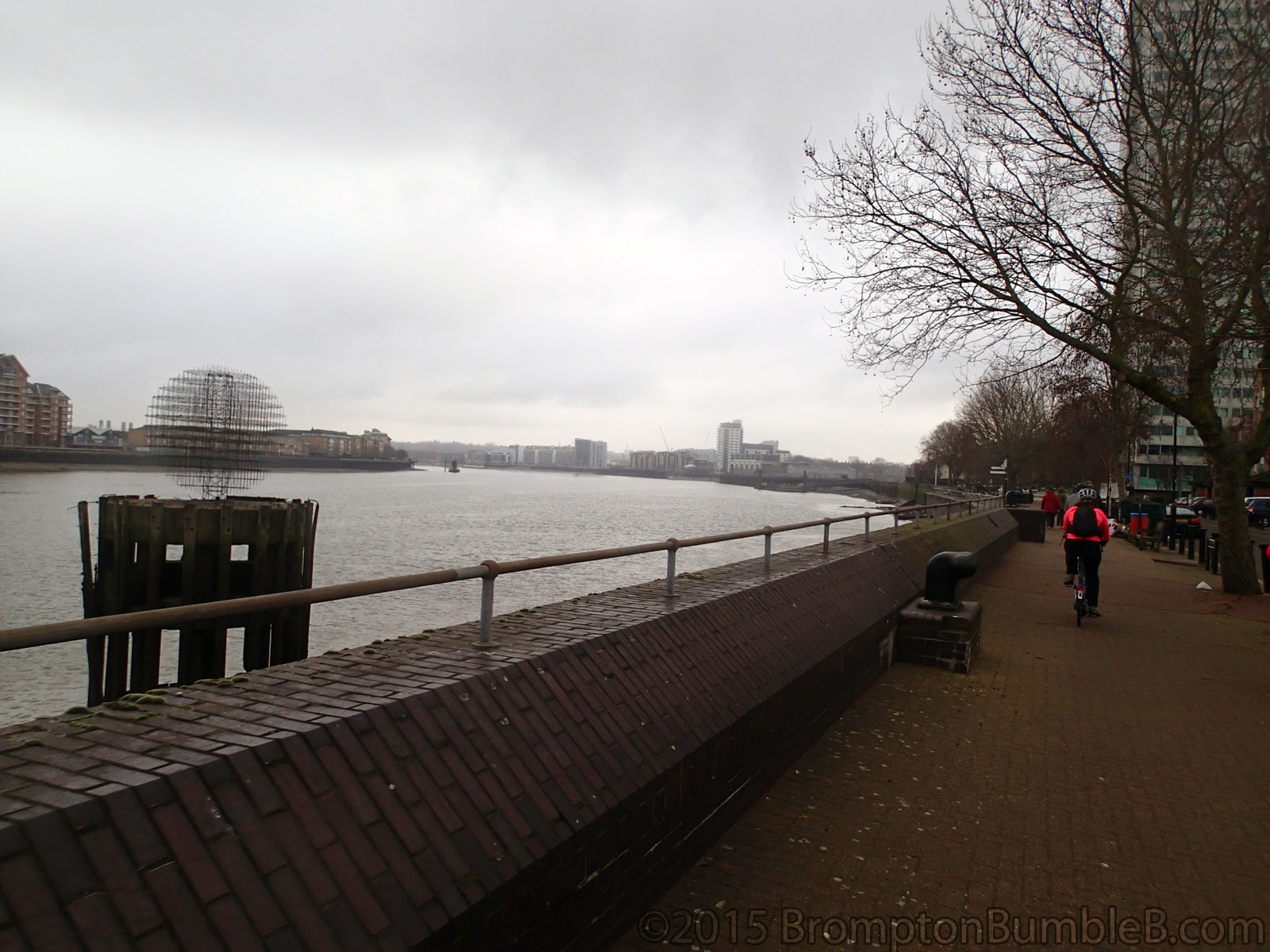 Just a quick stop for some Peanut butter M&M's, I kid you not (I've been told only available in the US *boooo*) & off into the direction of Deptford Bridge.

When then arrived at Ladywell fields where me and BBB have never been before which had a really cool Corkscrew crossing, which I forgot to get a photo or video of. :( A few had to walk up the corkscrew crossing but with me being in the right gear and having a decent run up I managed to get up it in one go without stopping. I seriously need to find a better place to mount my VIRB Elite on the main frame of BBB to get more steady video. 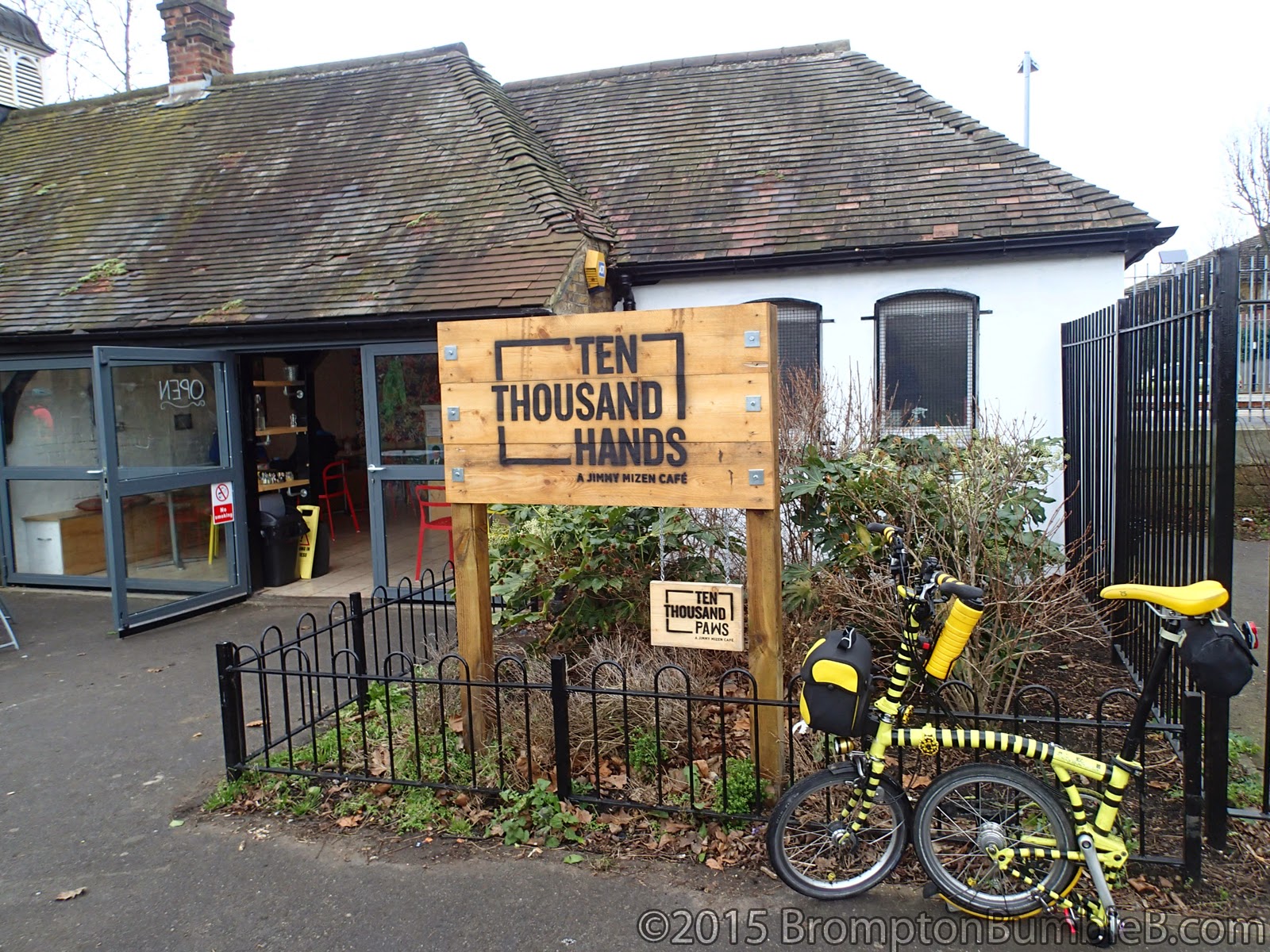 We wasn't to far from another stop,  Compton Cycles on this ride and we was welcomed with hot drinks & flap jacks. Well we didn't just stop by we kinda invaded the shop. As ever all the staff was on hand giving great advise & service, some members even purchased a few items they had been promising themselves. I saw a pair of 2014 brake levers and a mini O bag being purchased.

Chris B was getting some great advise about her saddle height as she was getting a few aches and pains cause she couldn't get the saddle high perfect every time but was told after visiting the didn't have any more pains on the ride. 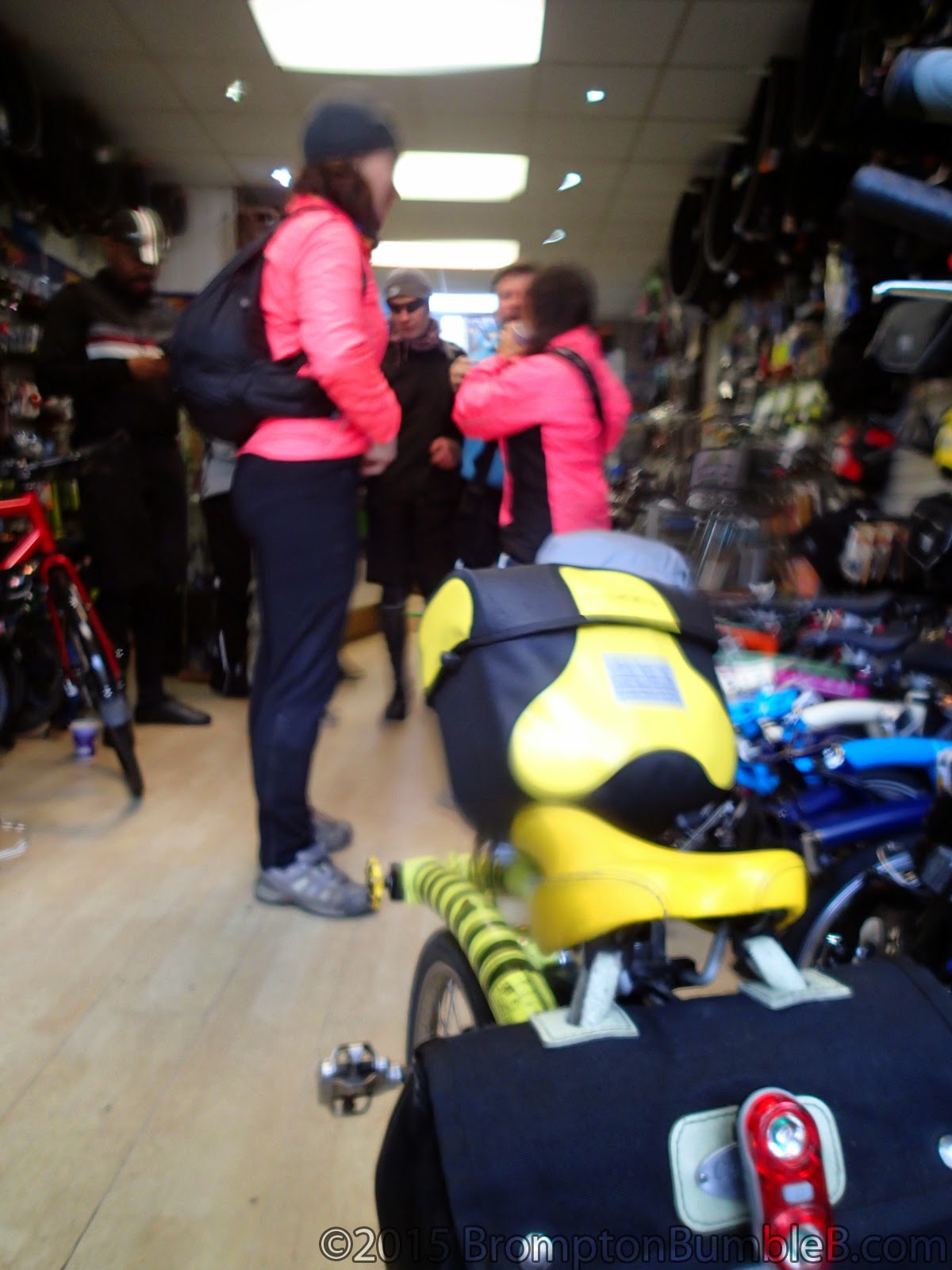 
It's a bit tricky to fold/unfold if you never seen or done it before but I have to say I did like it and it could easily fit inside a racksack or even a mini O bag. It does feel quiet solid and would be a good summer helmet as there are alot of vents for good airflow. If I was to get one it would be ofcourse in black and yellow. I think it would be cool if the different sections could be in different colours to suit.

After everyone had consumed their hot drinks and a few energy giving flapjacks we had a LBC group photo for the Compton Cycles website / facebook page.

Right after we left Compton Cycles we headed towards the canals near by and one eagle eyed Bromptoneer spotted a King Fisher along the canal. I have to say we just about managed to get a photo before he/she shot off down the canal very close to the surface of the water. 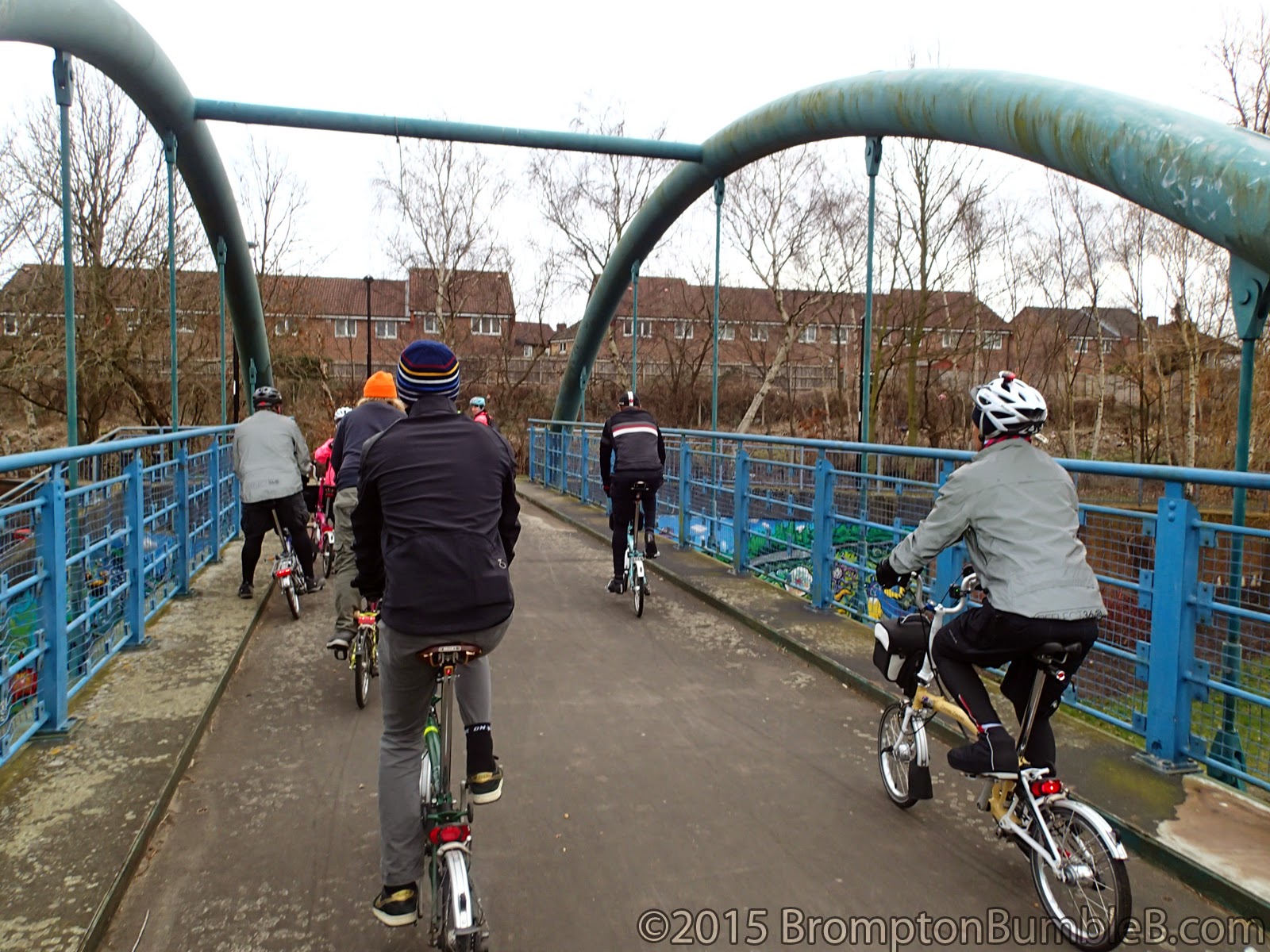 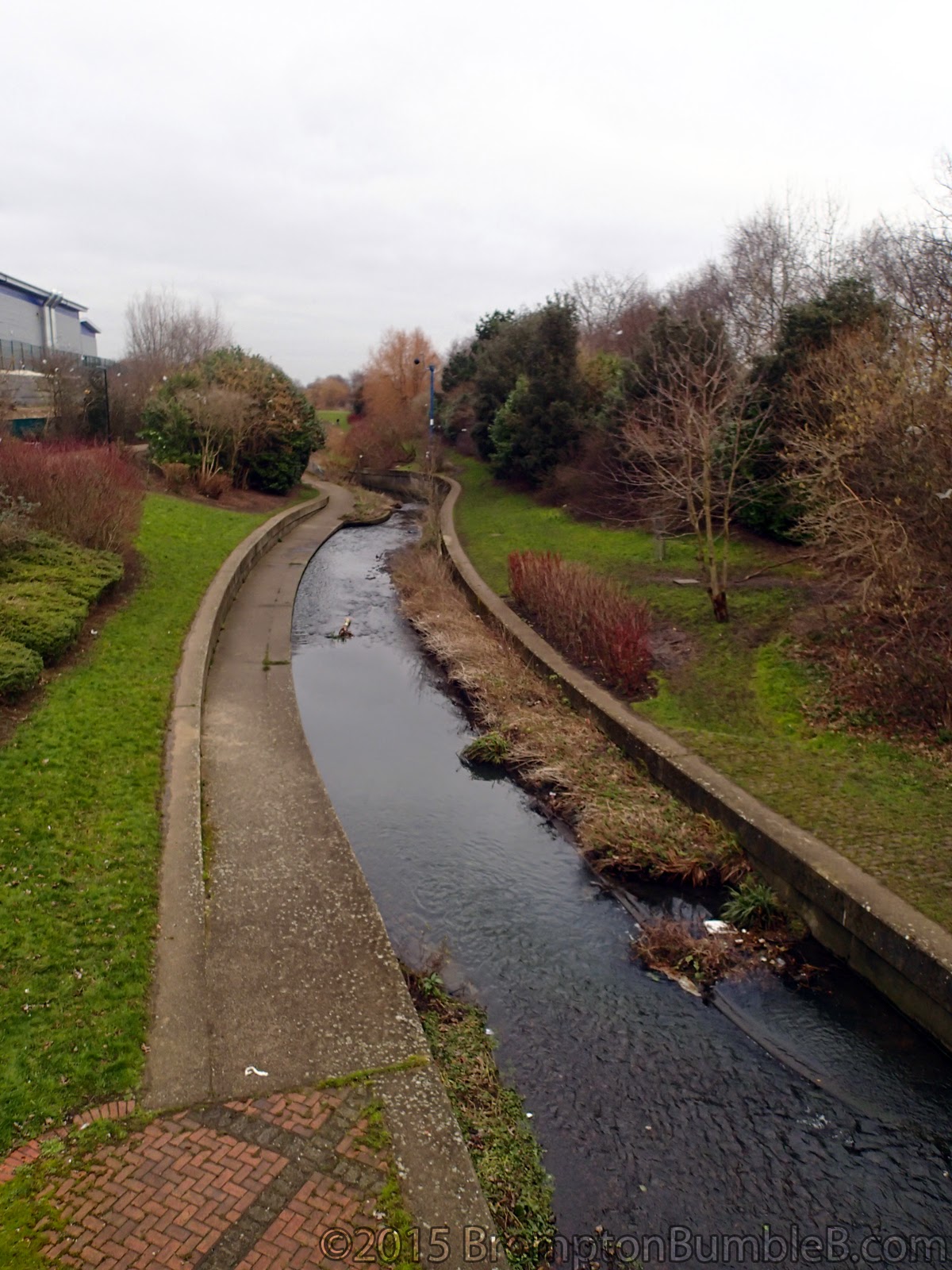 While I was playing back marker we came across this delightful sign for a local toddler group .

After we caught up with the rest of the group David informed us that we was approaching Crystal Palace and there was a big hill. So with that a few started to take off a layer or 2 so they wouldn't be too hot while going up hill cause the last thing you want to do is stop while going up a steep hill.
As always as the hill started to bite the group started to split up as everyone was focusing on their own pace for getting up hills.


I pretty quickly ended up being at the rear of the pack as they disappeared up the  hill. I just kept my head down, focused on my breathing and cadence. I did have to stop at one point near the top as the road got very tight and a car and small bus was trying to get past each other but I felt strong the whole way up and I felt if I hadn't needed to stop for them I could have got up in one go. I just saw Chris B just squeeze though the gap before it was impossible for anything to past till the car and bus sorted themselves out. The bus driver did thank me for waiting with a wave and smile as he passed me.

As we came to the Crystal Palace we came across a mini track where I saw a couple of radio controlled cars being raced.

Now we was on our return trip to our starting point, the London Eye. Seemed alot closer and the few miles just zoomed by but with a few muddy patches which was a little hard going at times, but the next thing I know we was at the Eye.

Once again a damn good ride with my London Brompton Club and thanks go to David P for another great organized & lead ride, also thanks to everyone that joined us.

Seeing that this was a "calorie negative ride" some of us took the chance of some calorie loading. Sleebus J suggested "Katzenjammers"ofcourse knowing Sleebus there would be good German Beer on tap and seriously yummy food.

Once we found a big enough table and had ordered our food there was a silence. The silence of everyone uploading their strava data and photographs.


I have to say it took awhile order our food but when it did arrive was pretty good. 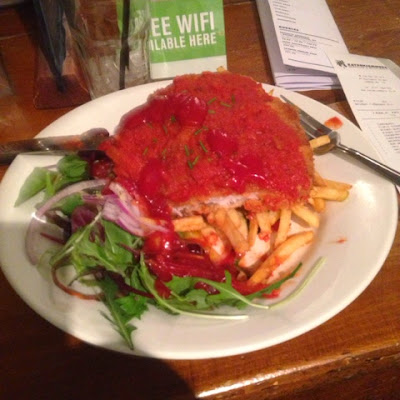 Even after I had ordered a beer that I had a quick taste of Chris B's beer it NEVER turned up, I'm STILL waiting for this beer, VERY SLOPPY service I have to say.

Still a damn good day out with my cycling buddies none the less.

Below is my cycle data. See you on the next ride....