Woke up to a great looking morning. well I woke up around 05:00hrs as always.

Forecast for the weather said it would be a nice and sunny day and it surely was, perfect for cycling.

Fuelled up with porridge with a huge spoon full of nutella & plenty of water. I didn't want to be doing the "Cramp Dance" later on tonight.

Me and the legend would be heading near to Windsor by car so we headed out early. Just about arrived at the parking spot same time as my cycling partner in crime, Mr. O. Not long after Andy L, Anne M & David P, Andy L & Michael B arrived and chatted a little then headed into town to the main meeting point.

While we headed to the meeting point next to Windsor Station we passed some of areas effected by the recent floods we have been having.


After everyone met up  and even Brendan from USA doing abit of article on people's passion for our little Bromptons & photographer on a fixed wheeled bike we set off down the road on our little adventure. I mean this guy basically just stepped off a plane to come on this ride. KUDOS for that one

As always the sight of so many Bromptons in one place always draws the attention of the public and as always as me and the legend always draw whispers of Bumble B or Bee.

Our first little stop was at The Hawker Hurricane. A full size Hurricane fighter plane.


Now it was time to head on over to Windsor Great Park itself. The route to the park was interesting and with a nice sunny day, perfect. 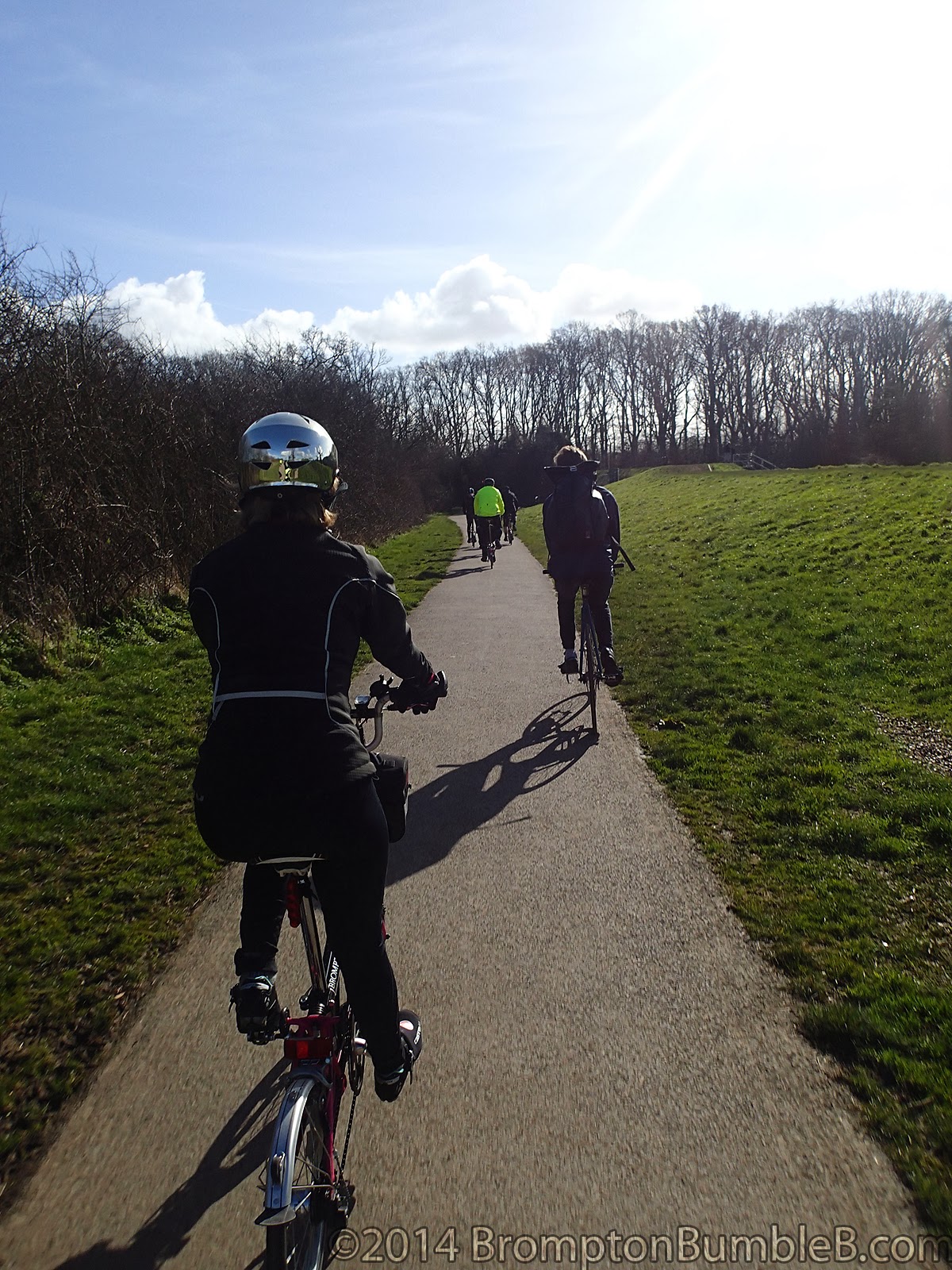 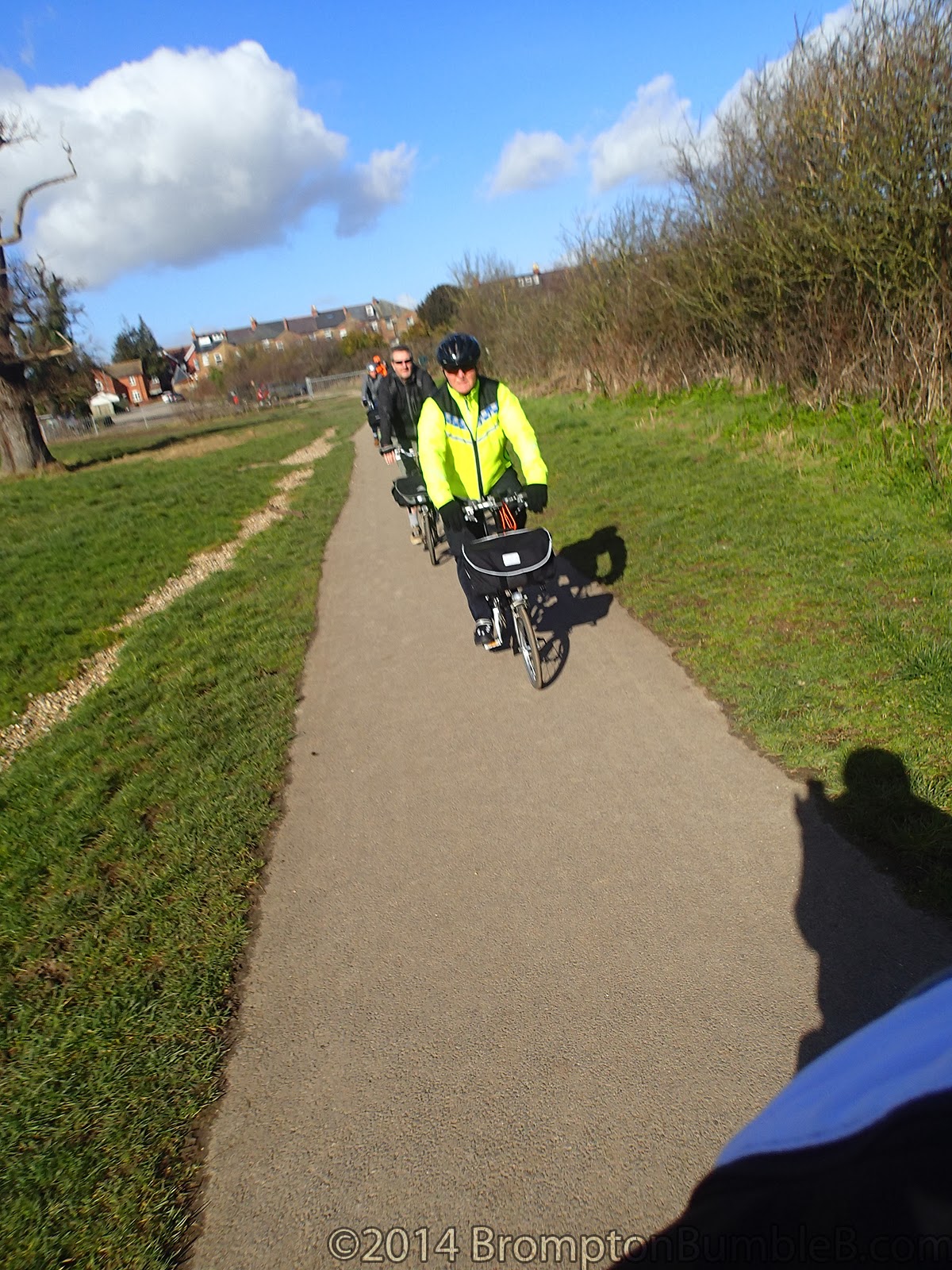 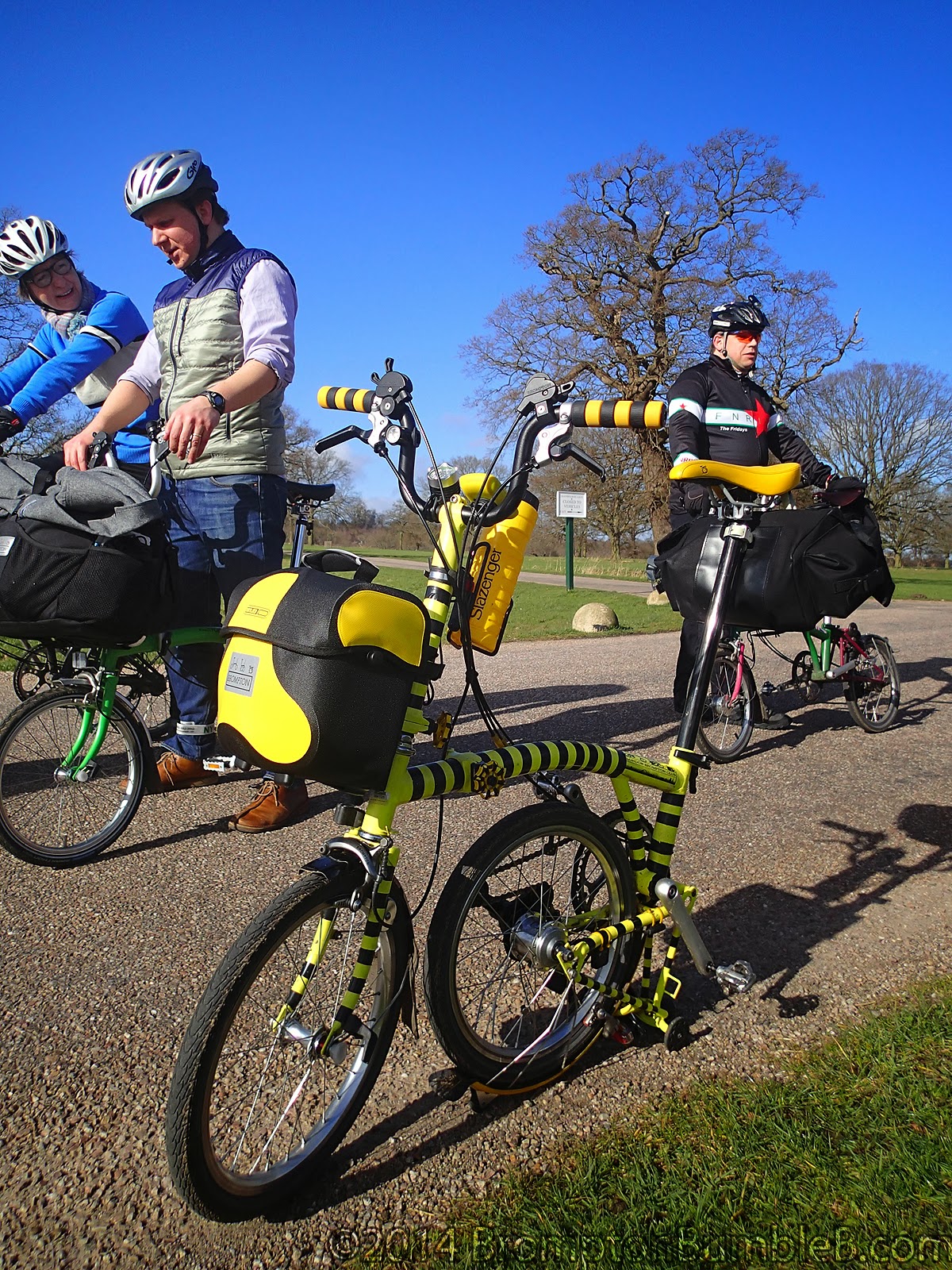 I have to say Windsor Great Park reminds me of Richmond Park quiet abit just not as many cyclists about. 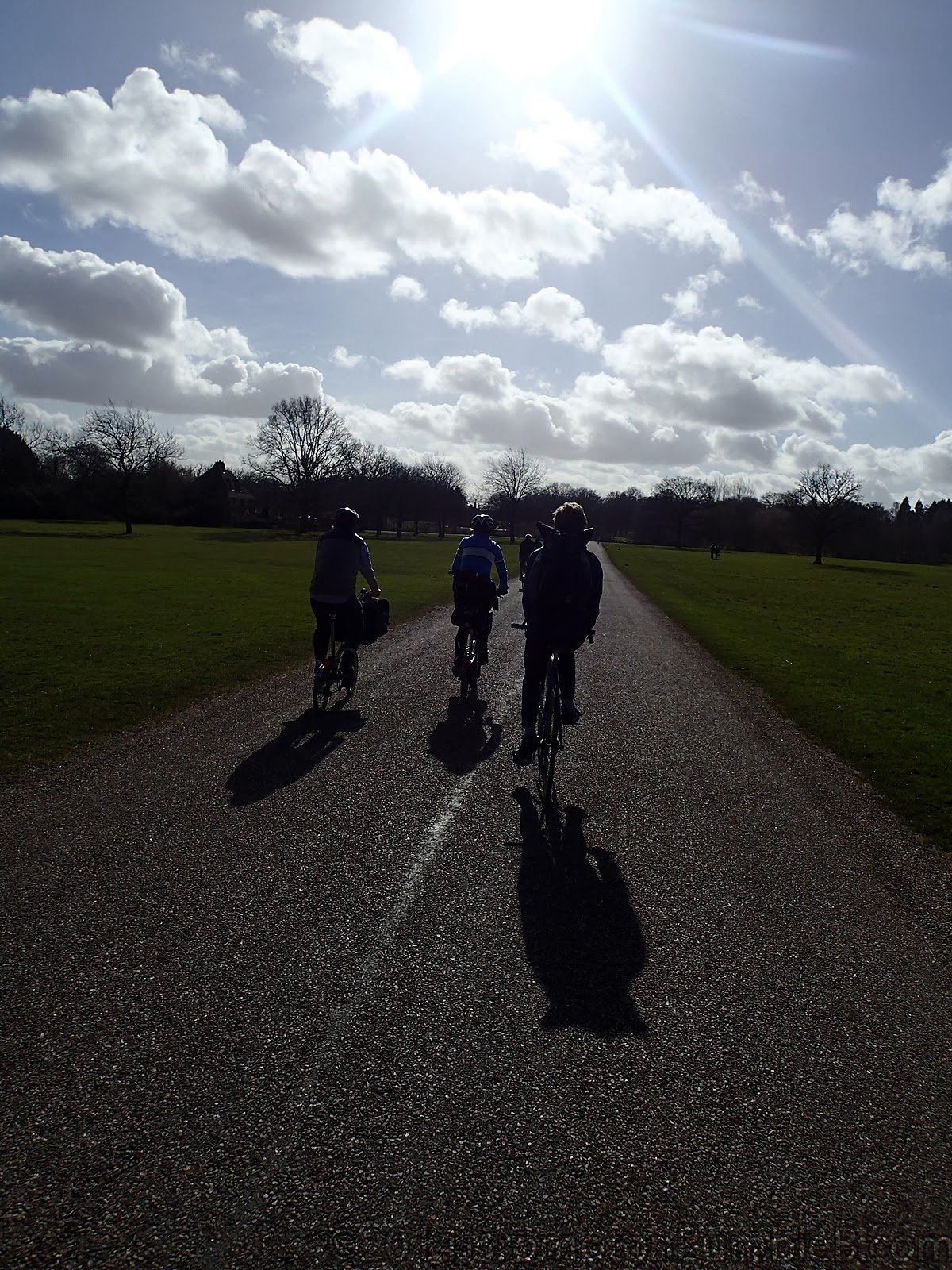 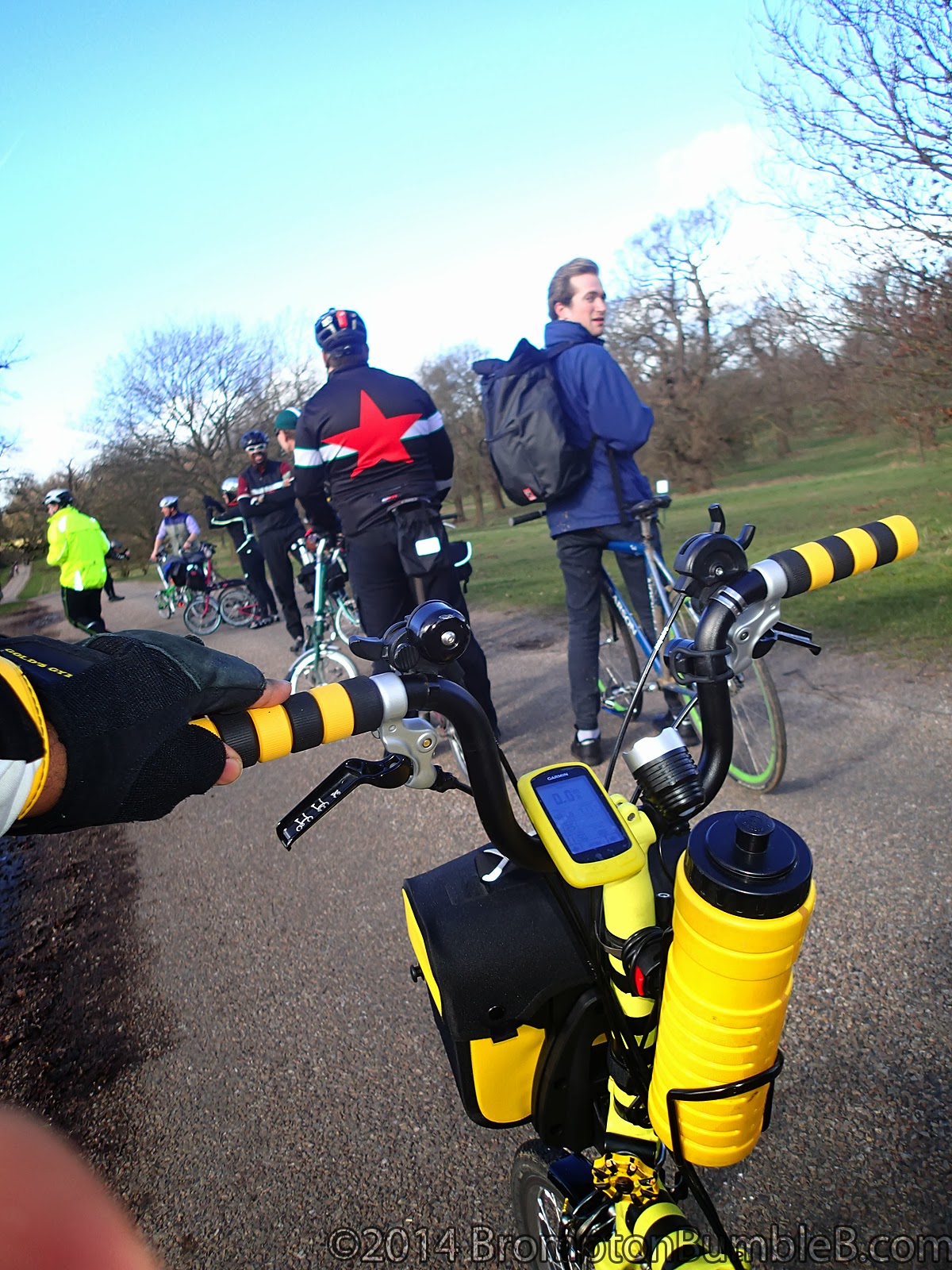 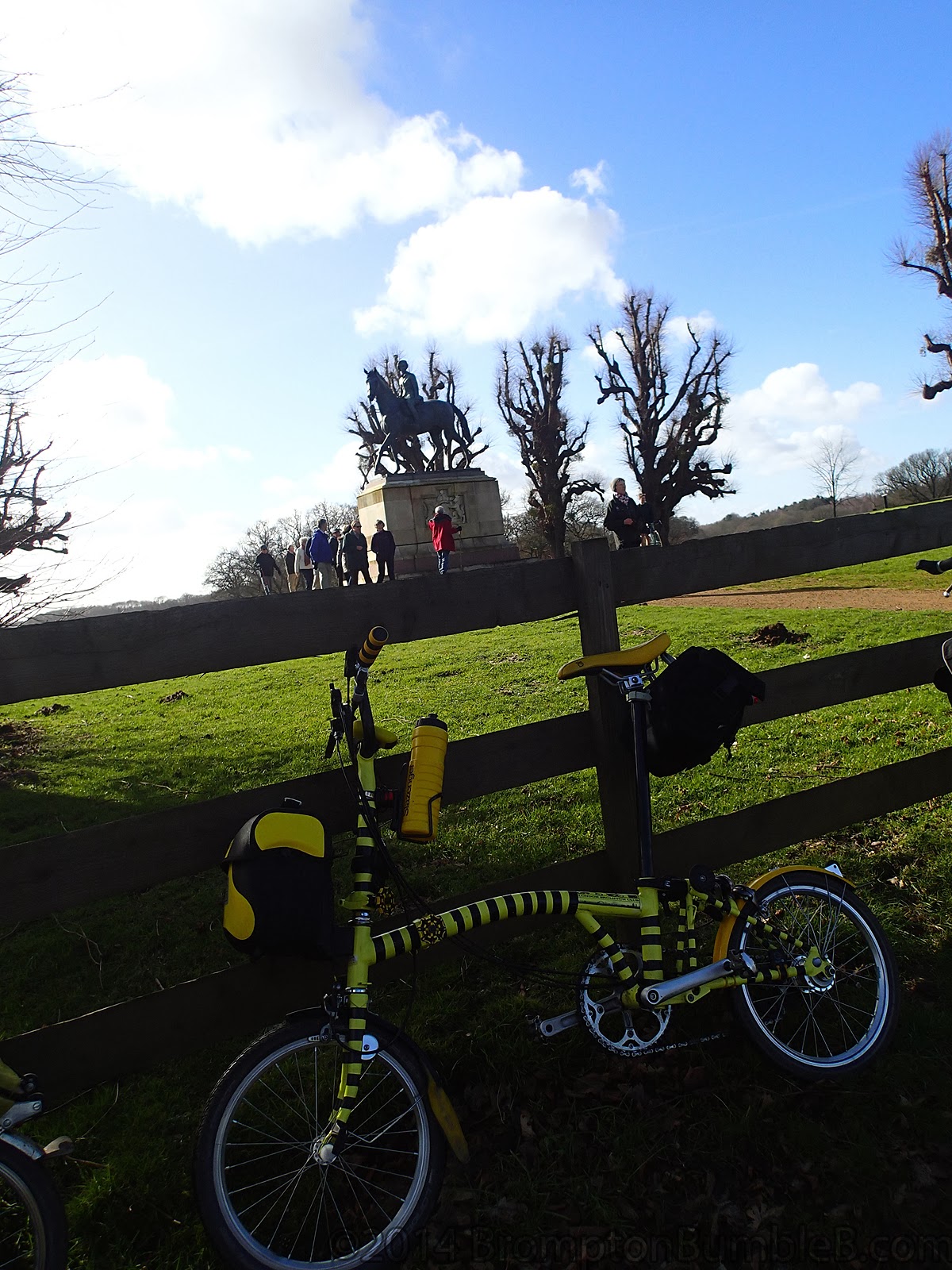 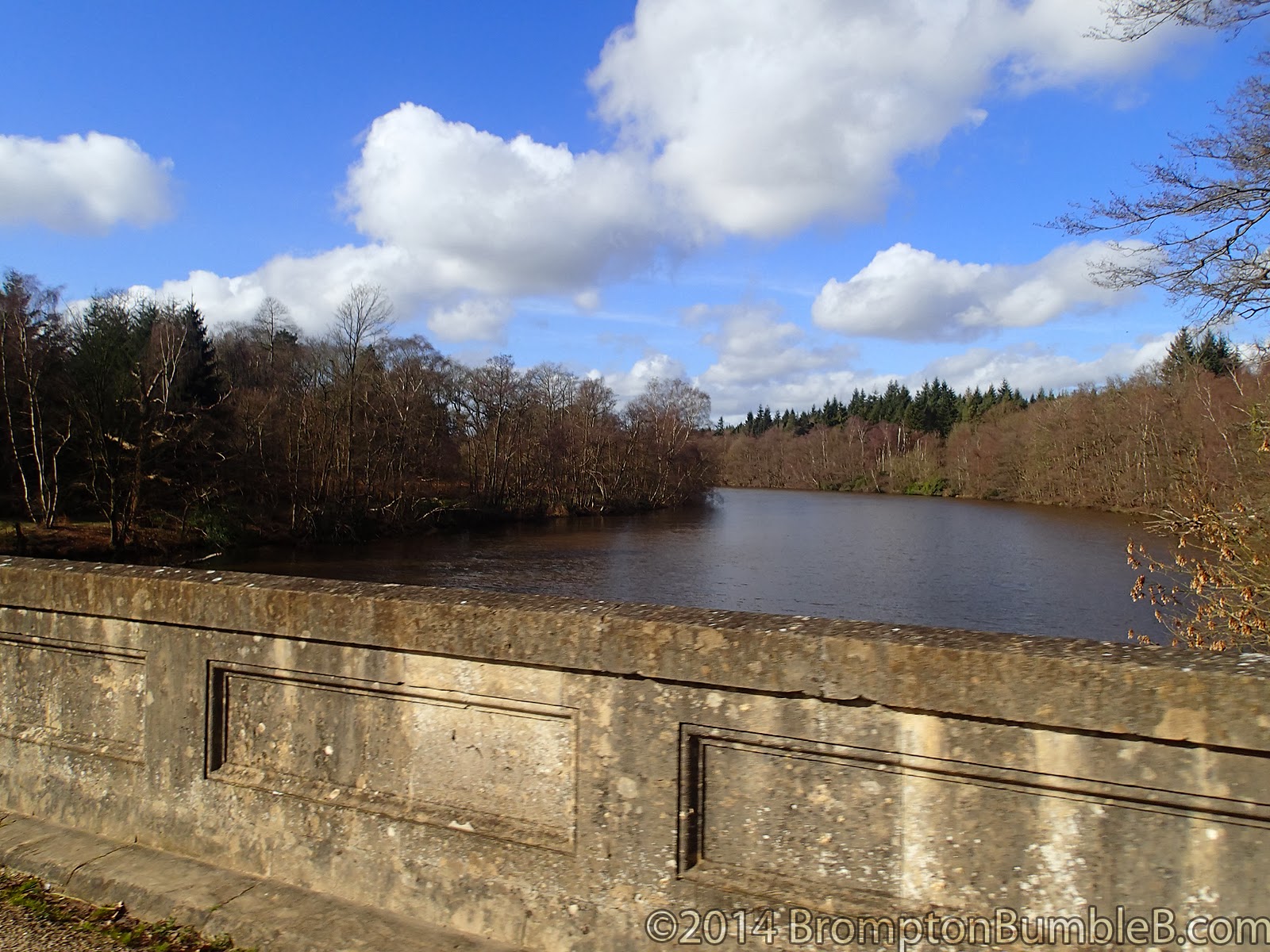 Stopping off for the now classic Brompton line up photo. Has to be done with so many in one place. 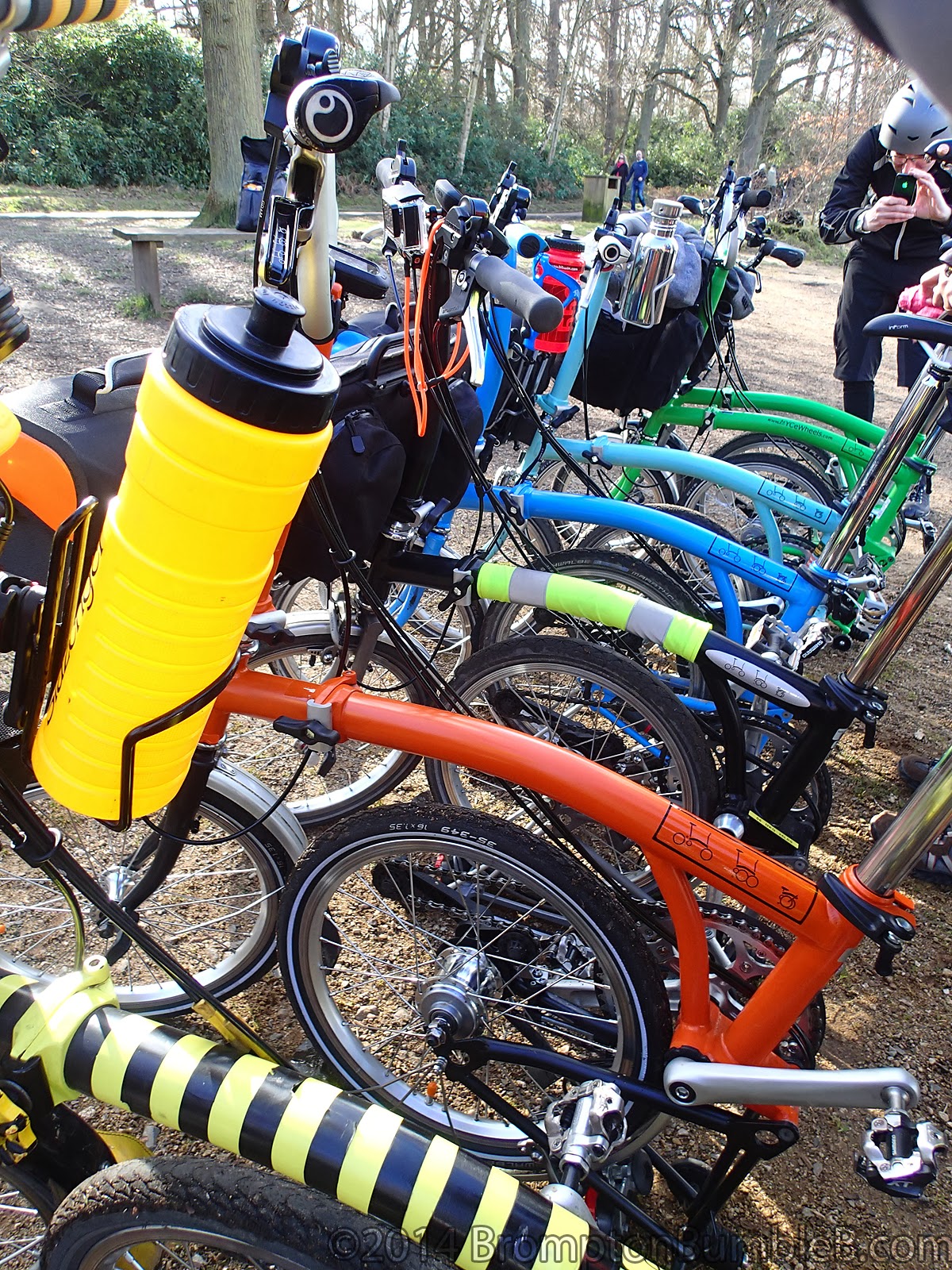 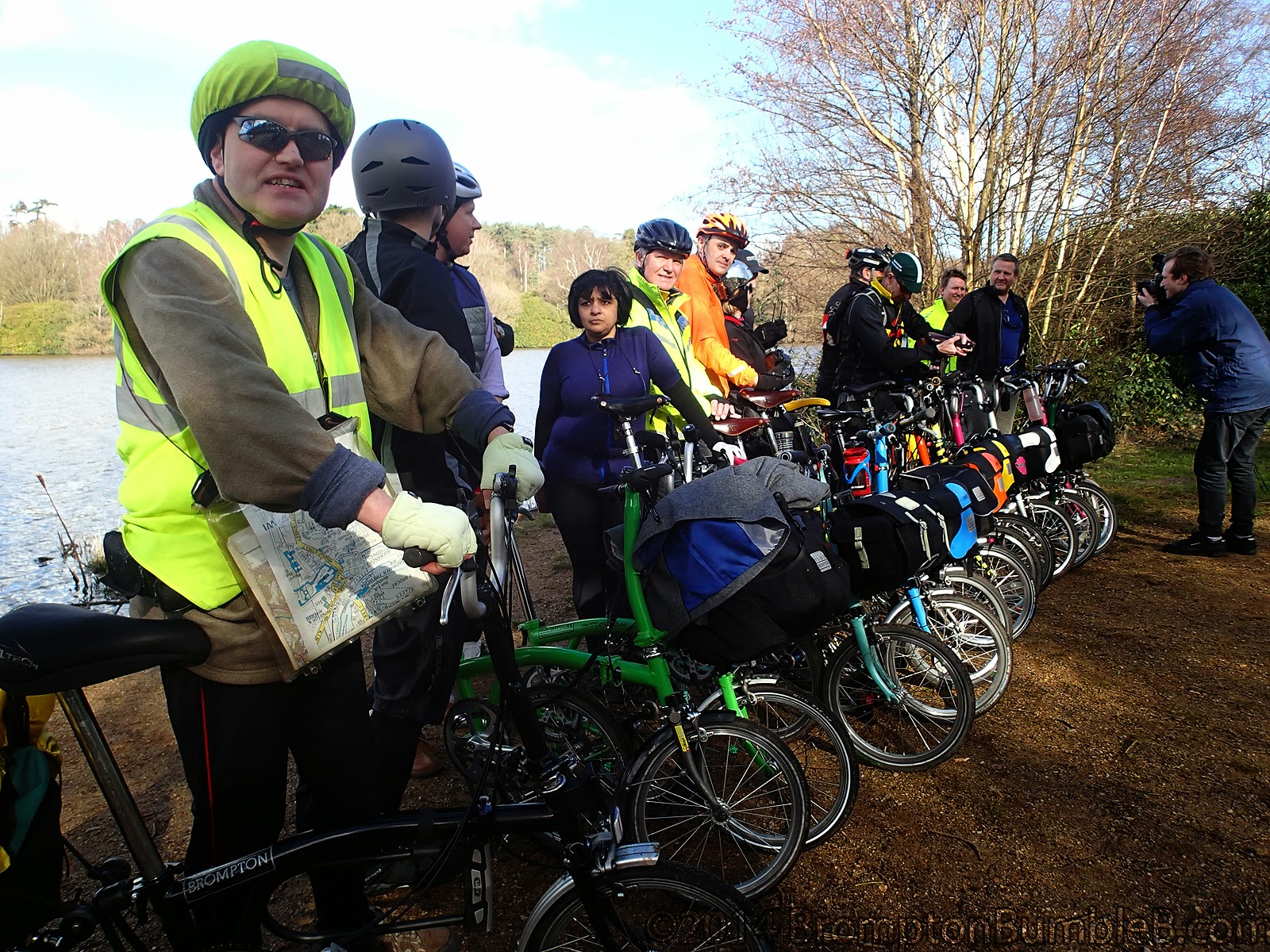 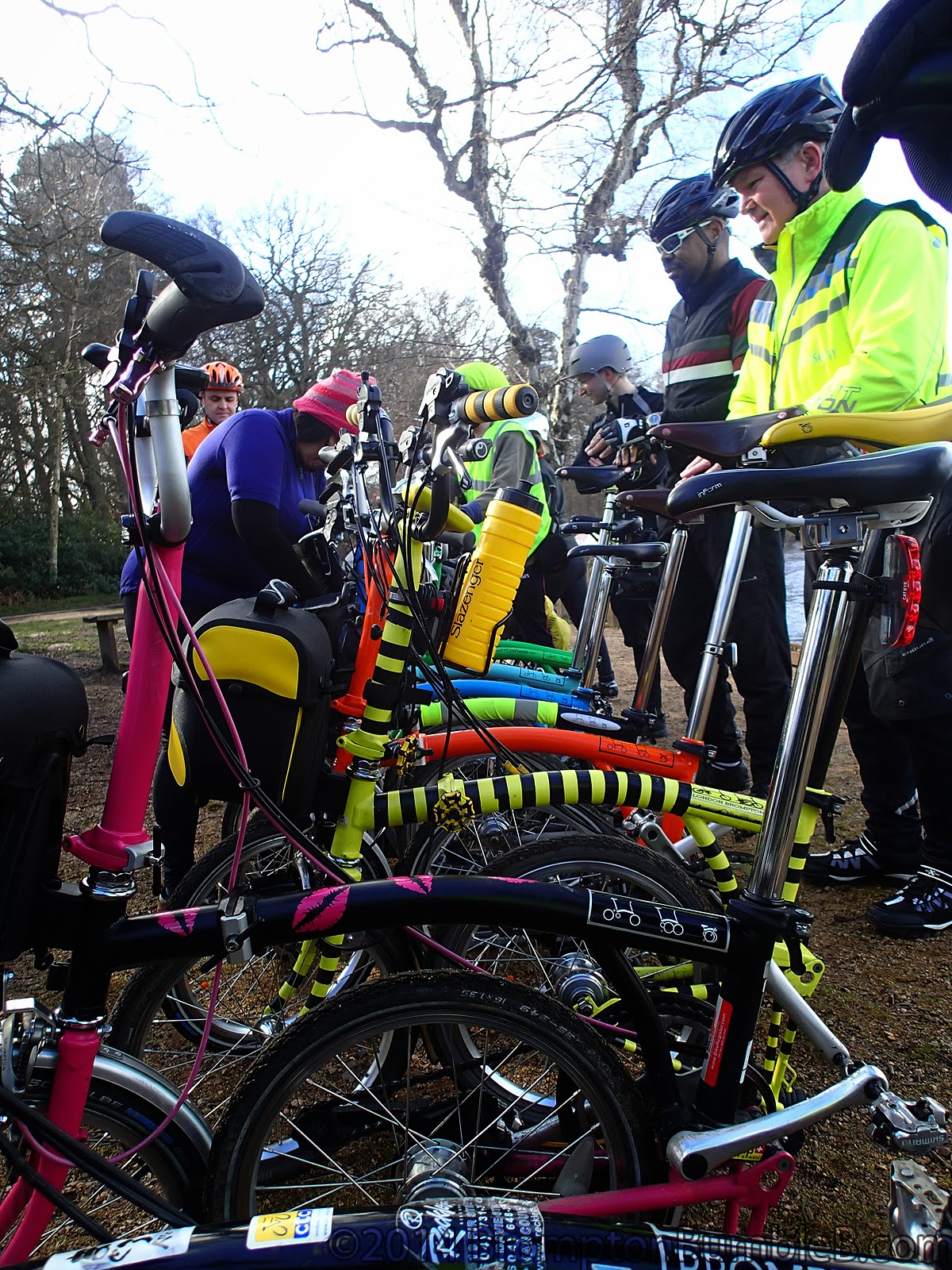 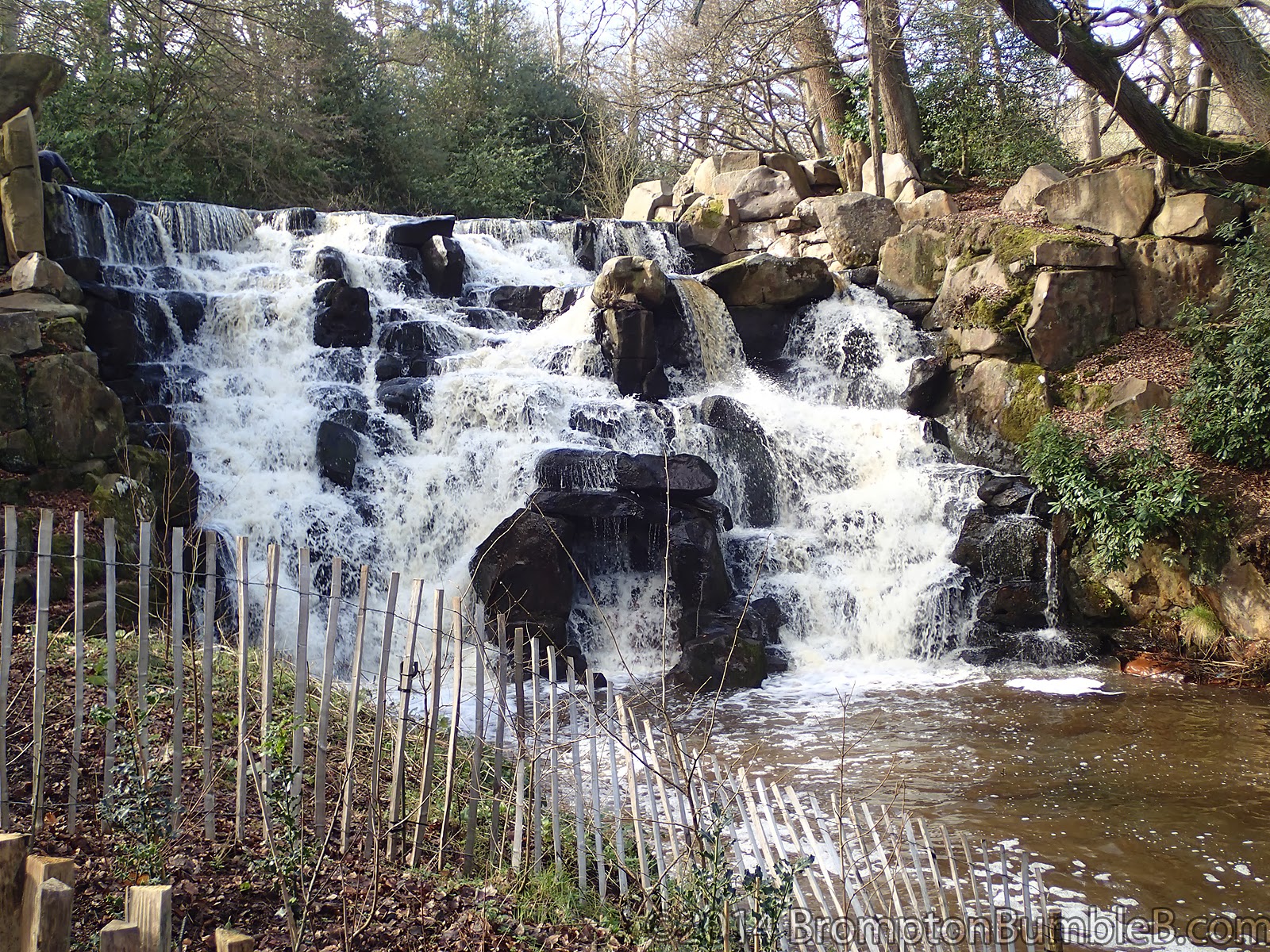 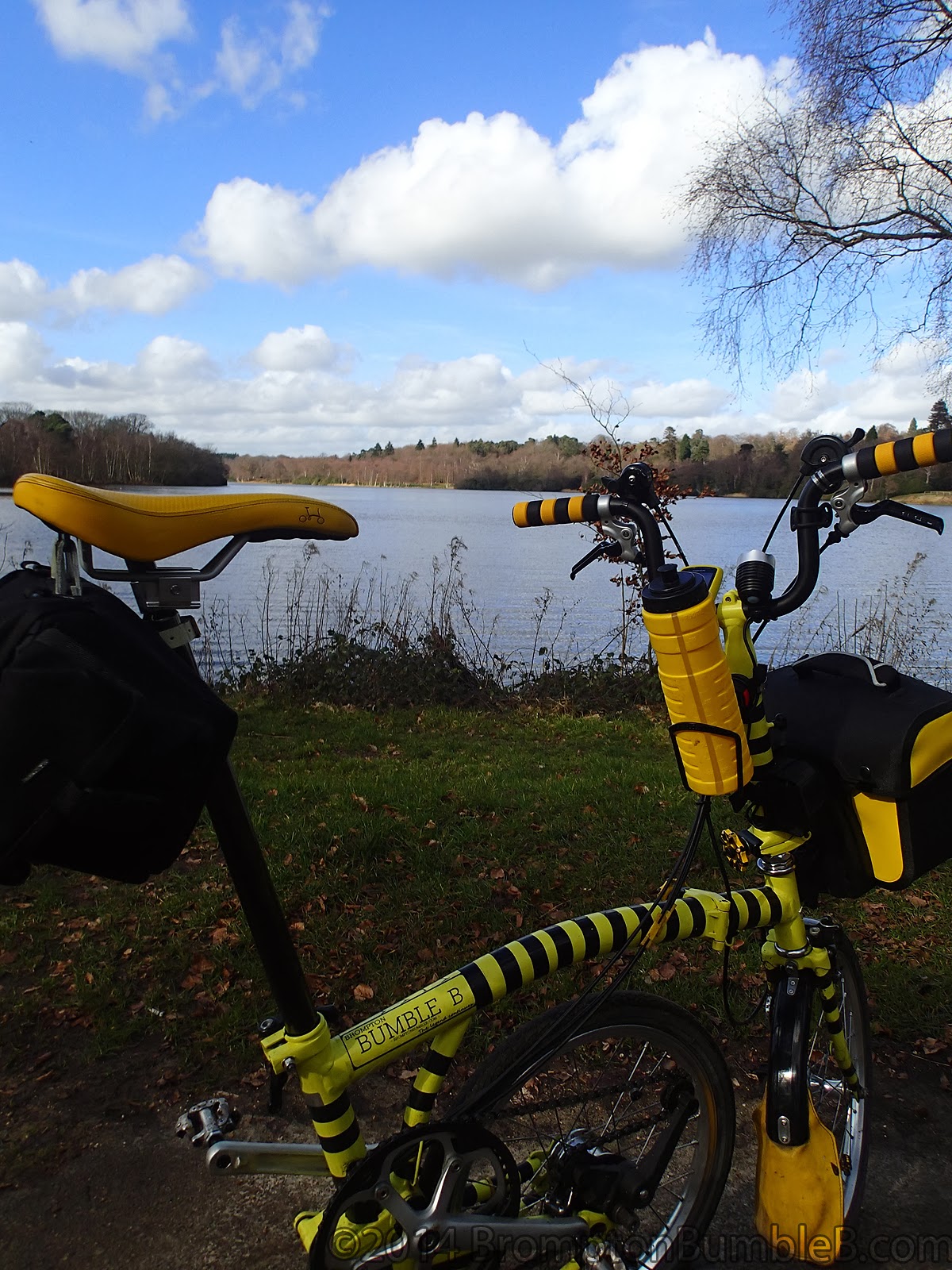 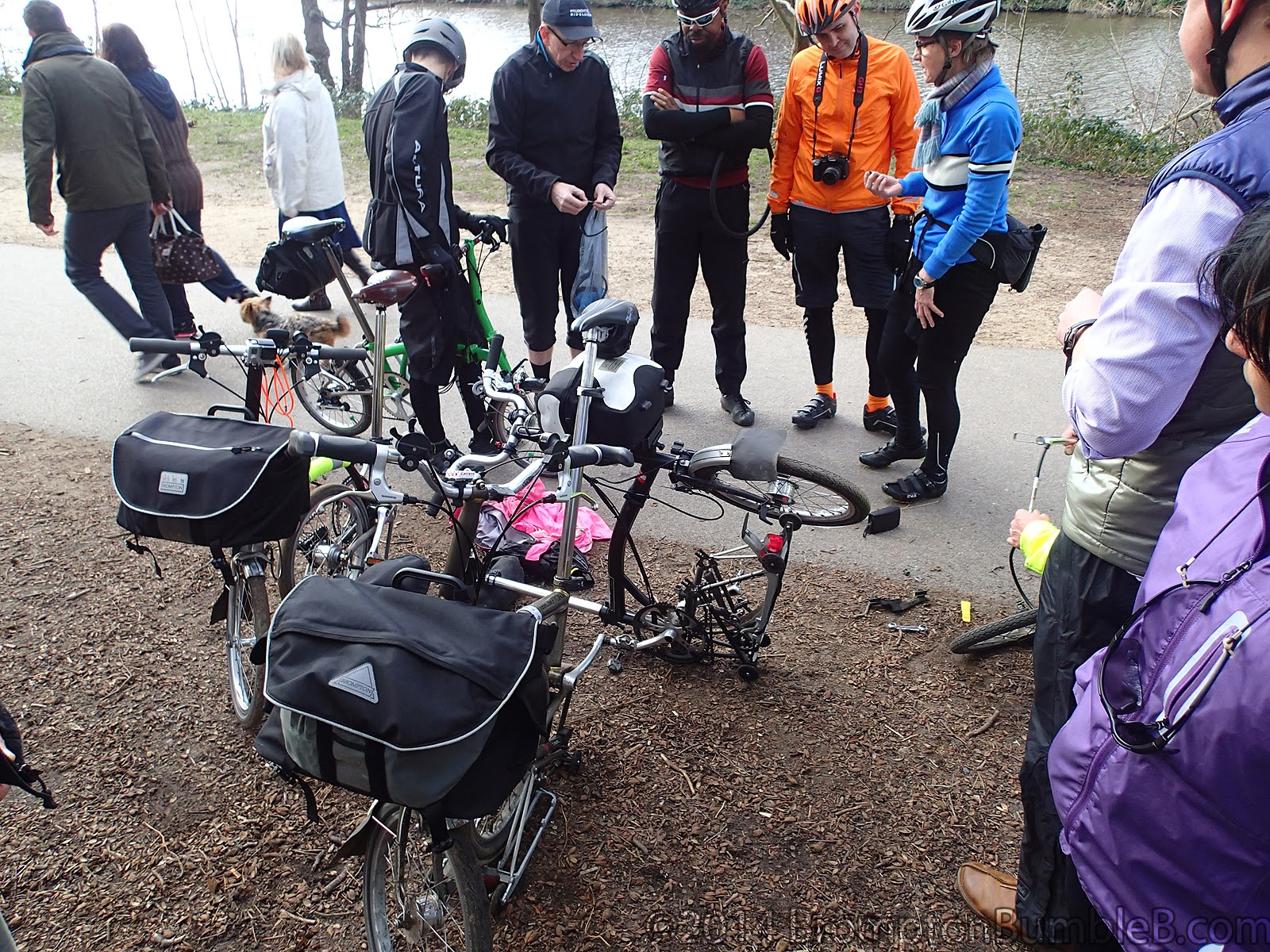 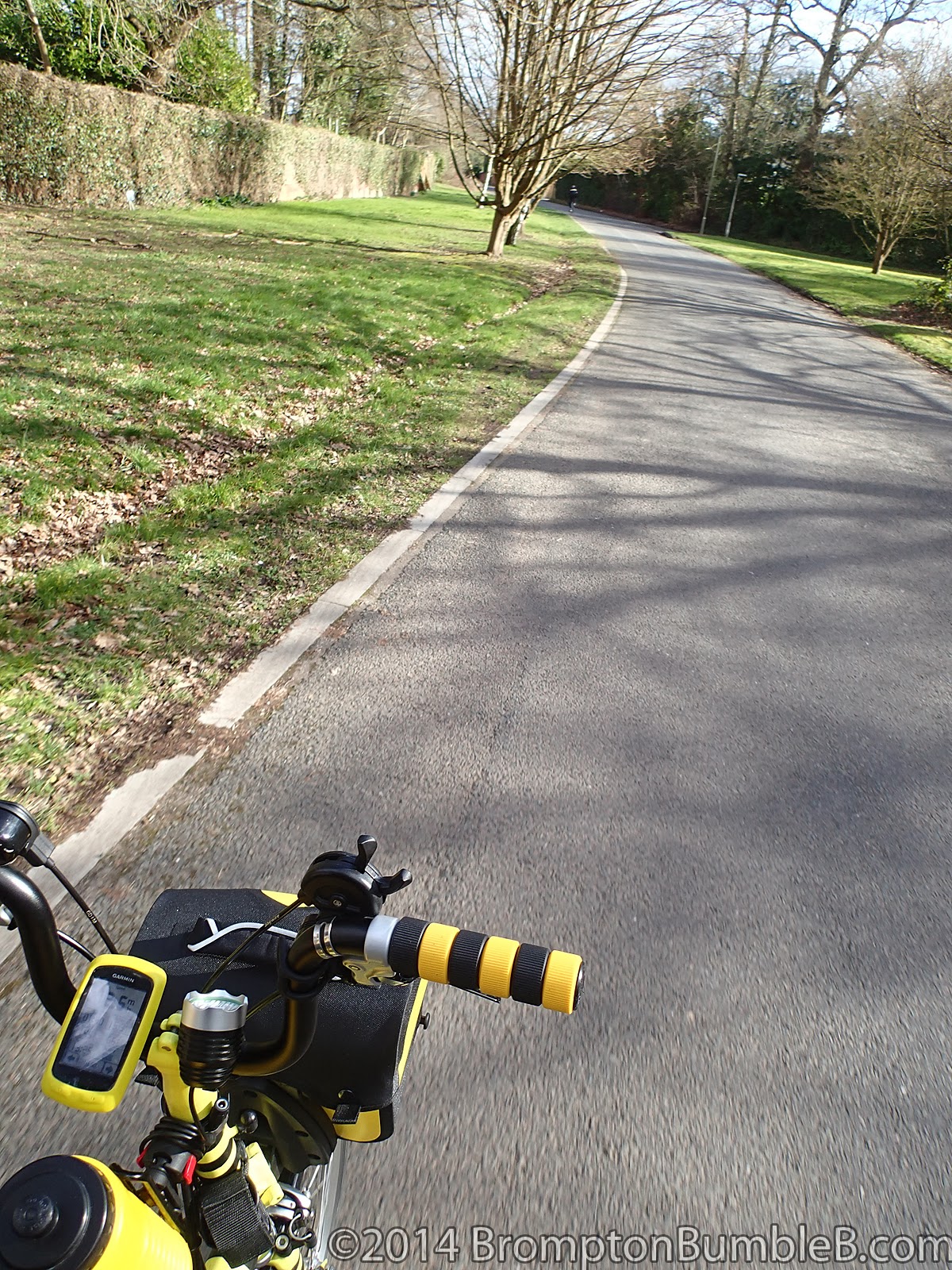 A couple of now smallish hills and we heading into abit more muddy areas. 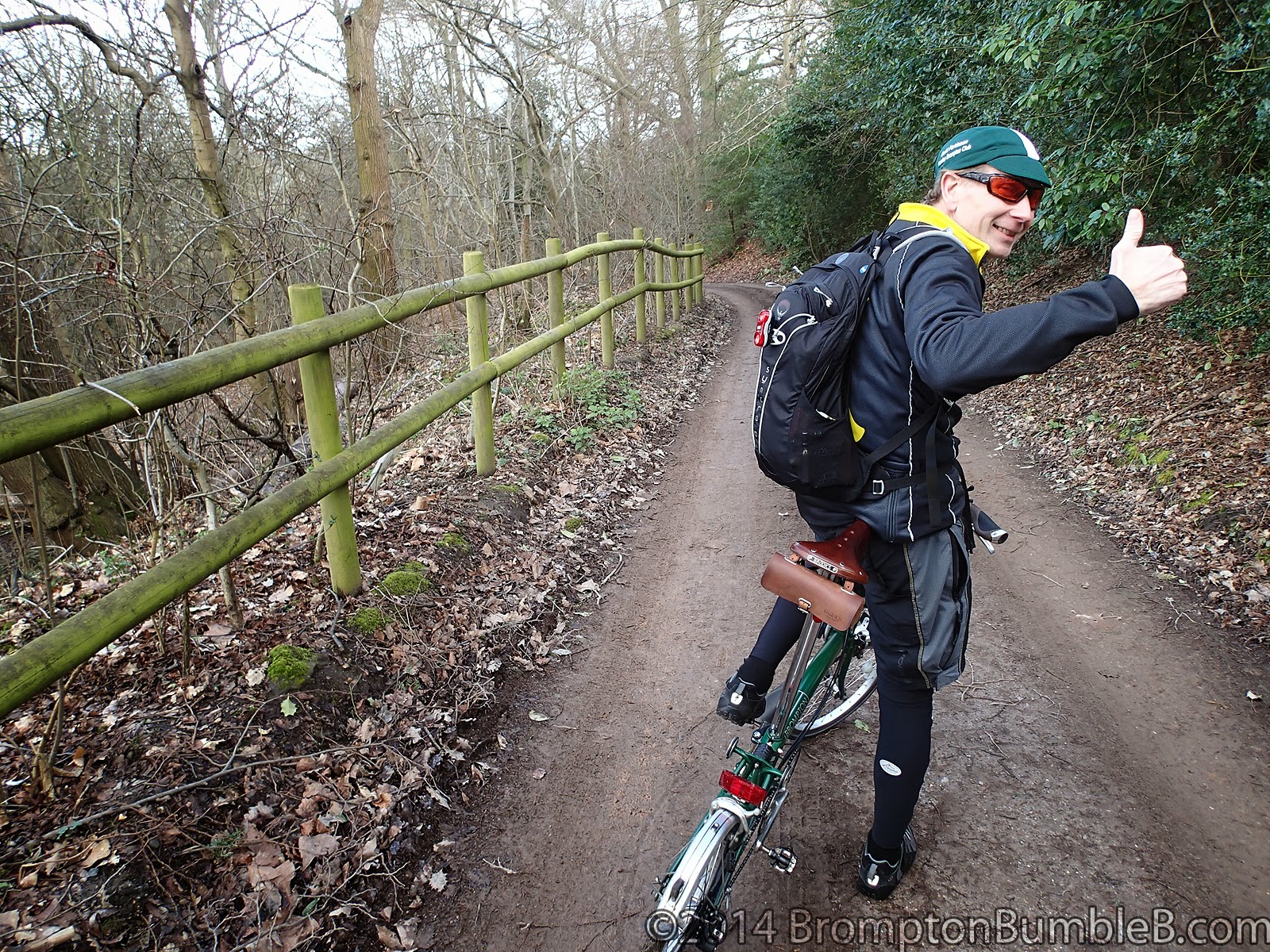 David P making sure we are all together and warning us about the steep muddy down hill part we are about to enter. Full focused we DESCEND into the unknown. 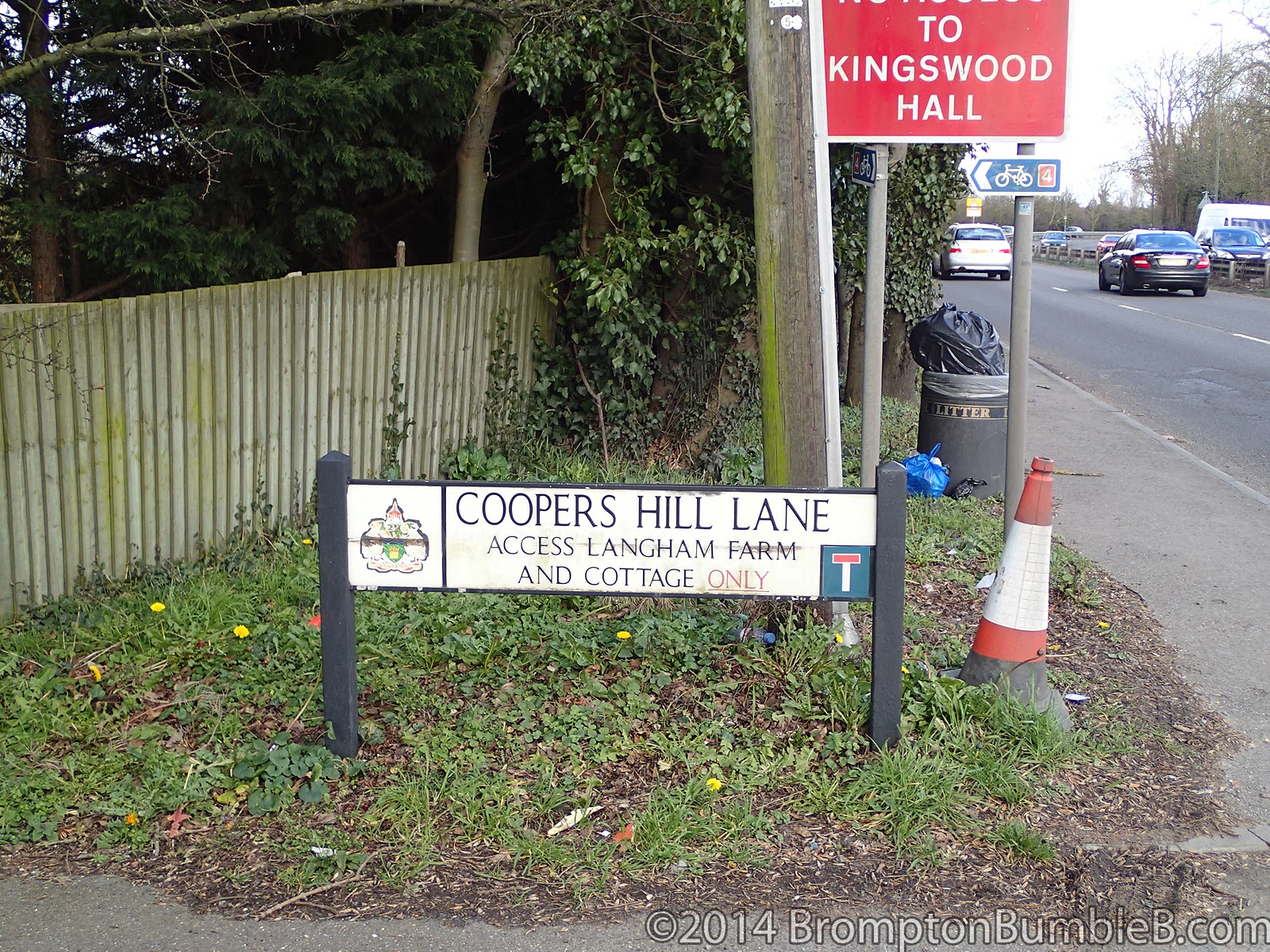 Now this is the start of a hill up to the great student pub, The Monkey's Forehead. The LBC have had a few rides going though here so I knew the hill was something I wanted to attack and kill. But disaster struck just before I hit the hill, it seems that my chain tensioner had come off and the chain started to slip when I put any more effort. Simply just put the tensioner back on and we attacked the hill.

I have to say I kinda got into "The Zone", I was so focused on my cadence and breathing that I almost went past the pub we was having out lunch at. It felt damn good as I like to go back to hills I have in the past and see how I do. Well I really killed this one compared to the other times so I was extremely happy about it and gave my self a present of a really nice Fish & Chip dinner.


After we had lunch it was not far to the start of the ride and was just the rest of the hill we came up and then back to Windsor Great Park. 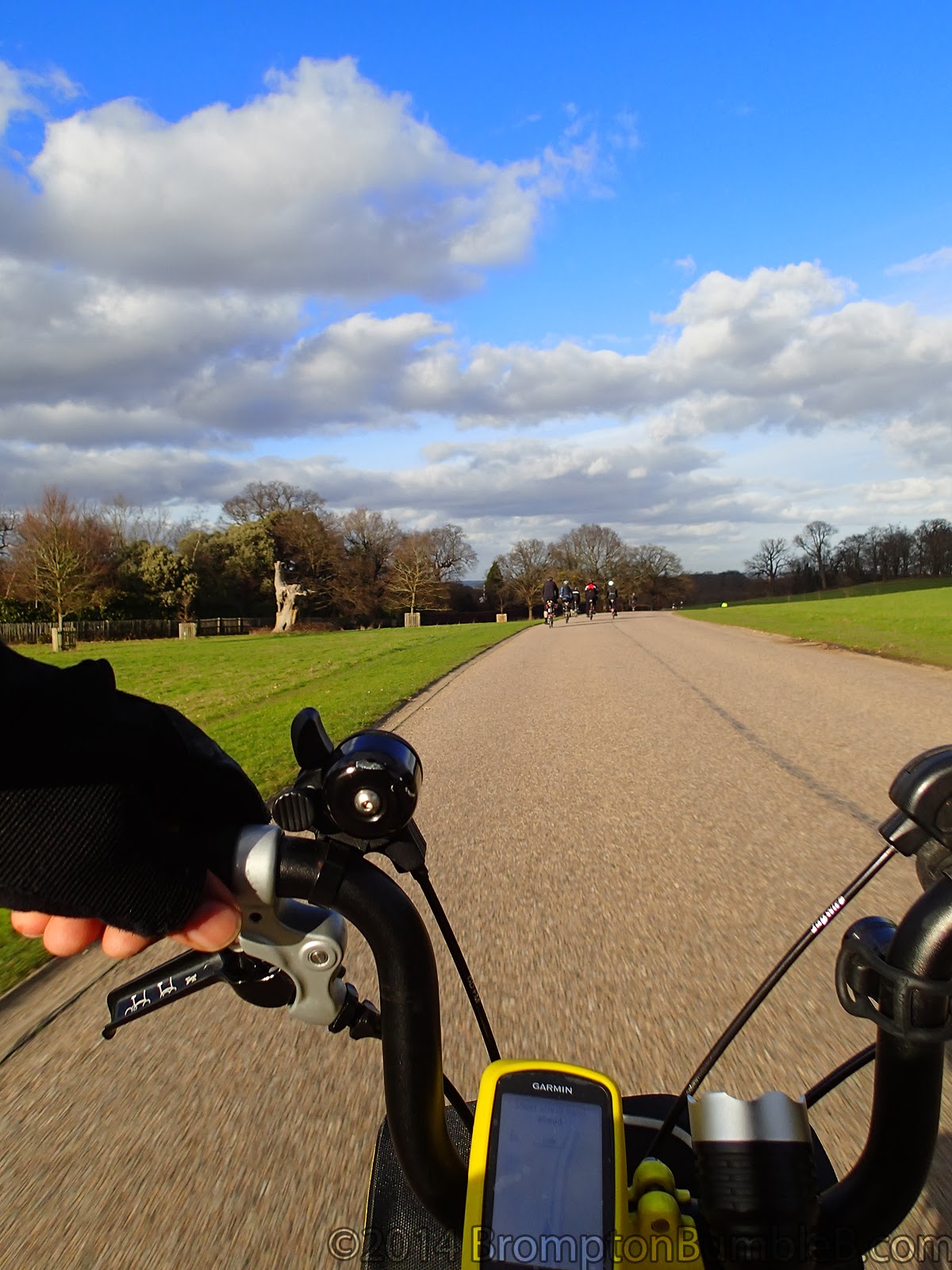 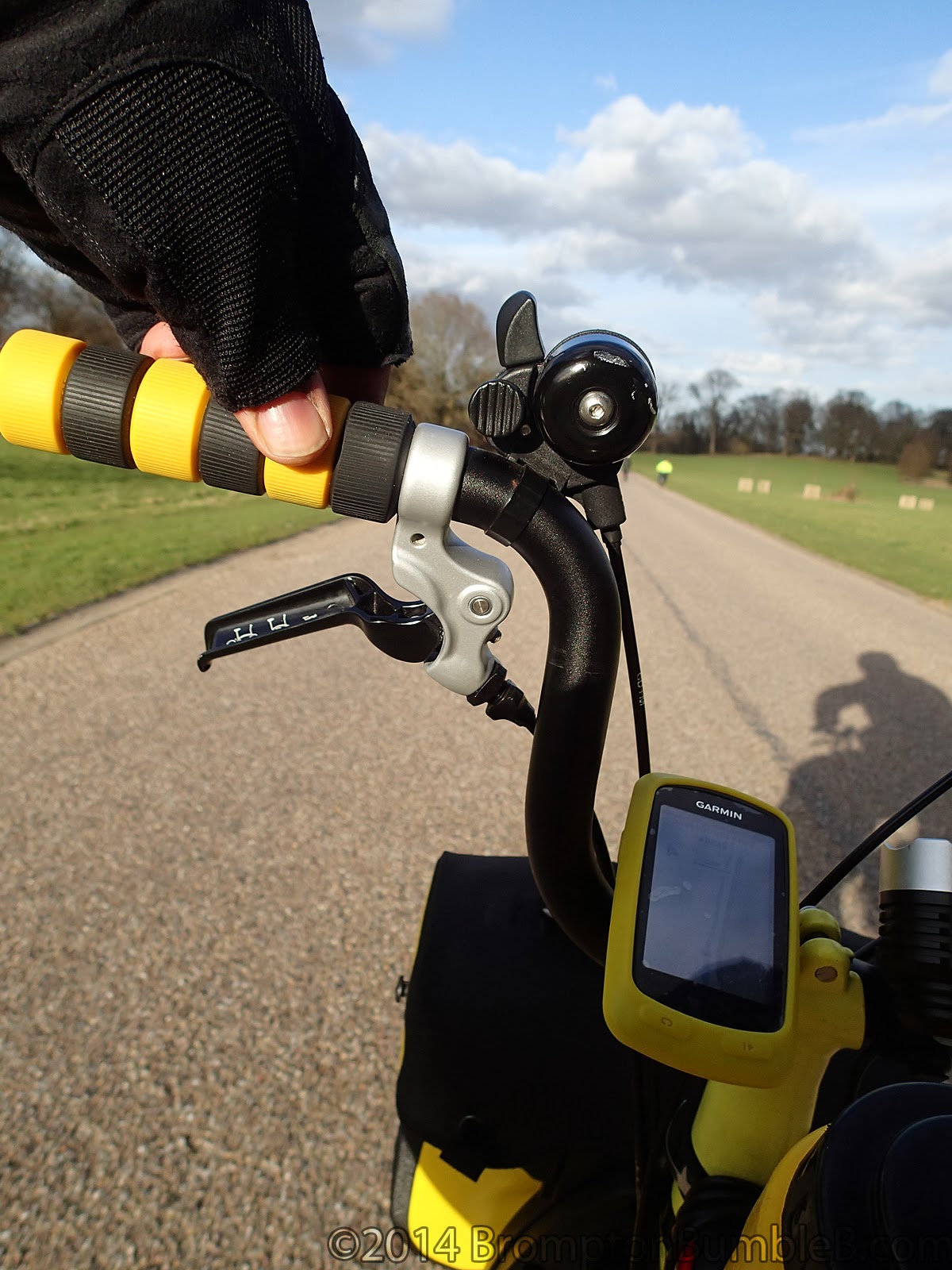 Just before we got out of the park we found these 2 guys just coming into the park walking their unicycles. I have to say what caught my eye was the colours I have no reason why.

After this it was a full on slog to get to the start point for a quick coffee, some photographs & then back to where we had parked the cars.

Was another GREAT day out with my Brompton buddies and have to thank Andy L, David P for the navigation & organization of the day, even making sure the weather was perfect.