I heard about this cycle show a few weeks ago but never really gave it much thought to actually going, but as it happened I had the day off before the Thames Bridges Bike Ride 2015 so I figured I at least go and have a little look.

At the show I found so many different things to do with cycling in the form of cutting edge bicycle building, artworks, nutrition, clothing & there was even a test track in the basement that you could test out the different types and styles of bicycles. 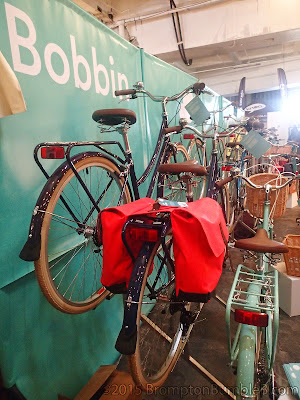 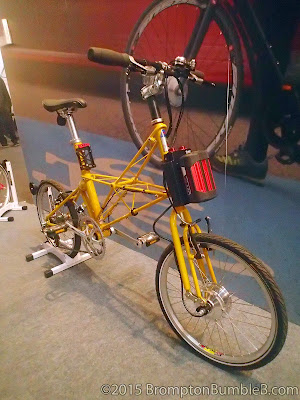 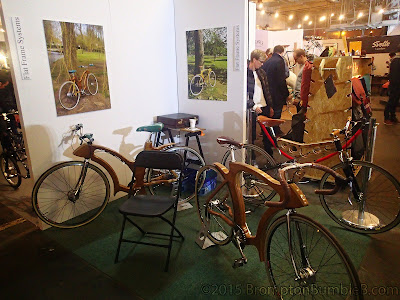 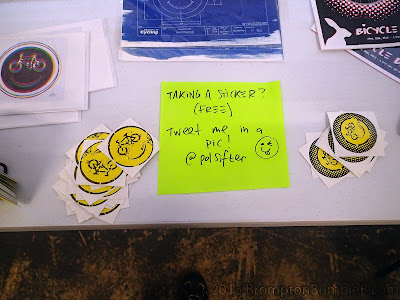 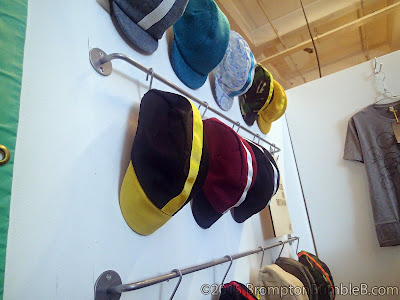 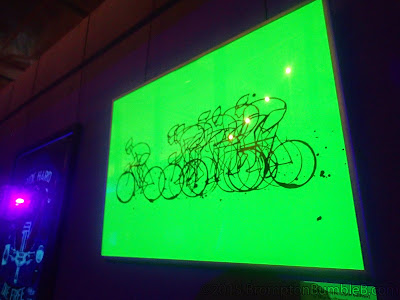 I’ve heard about these Tannus tyres, solid tyres so no worries about punctures anymore. Some people like them some don’t. I personally like the risk of having a puncture at times, gives you a chance to show of your puncture repairing skills. I have yet to ride with them but I'm happy with what I have already. 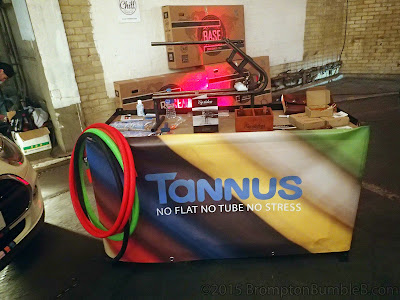 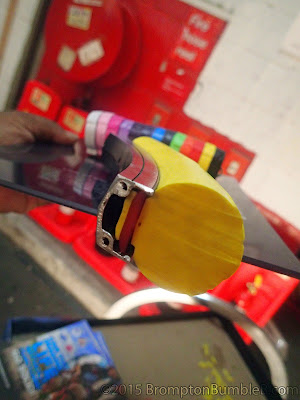 Lots of colours to choice from. 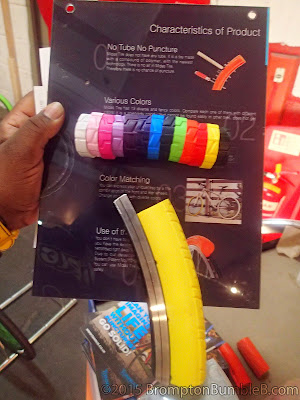 Brompton Bicycles had a stand at the show of course I had to visit. The kind folks there let me leave BBB there while I went though the show so special big thanks to them for looking after my boy. 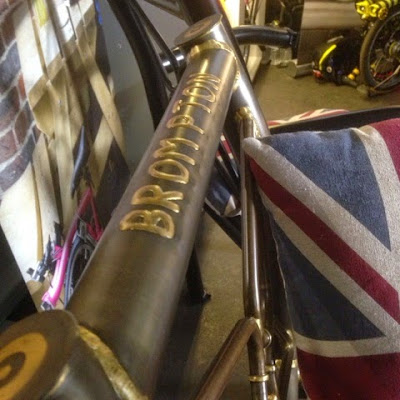 Virtual cycling? it will never catch on. Get out on the road and do REAL cycling 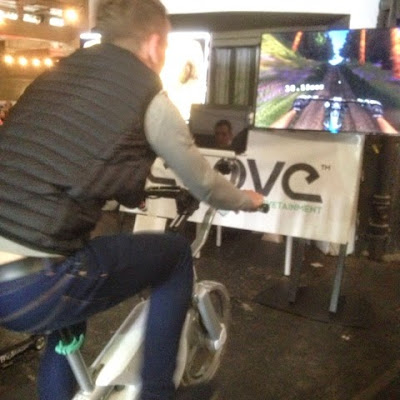 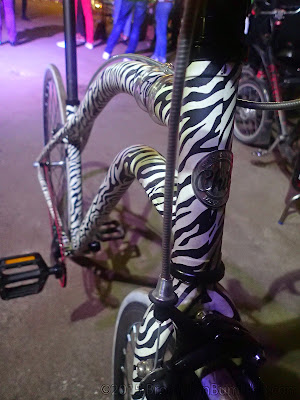 At the Funked Up stand there was a white frame for everyone to sign and in a couple of weeks someone will be drawn to get a bike built using the signed frame. *cross fingers*

As always anything yellow catches my eye ;) 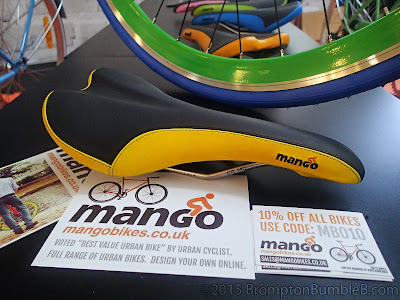 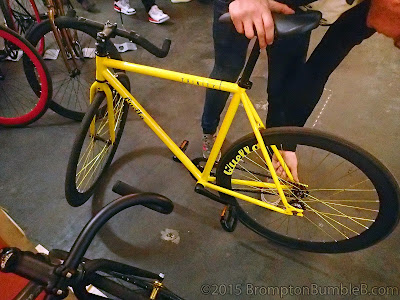 This looked like it was made out of copper tubing, very cool 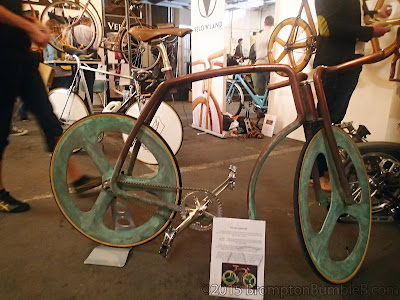 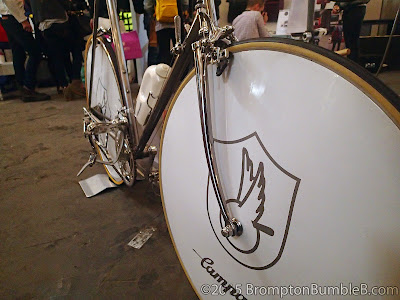 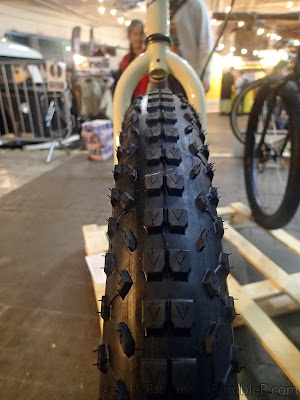 Some really nice one of a kind custom built bikes 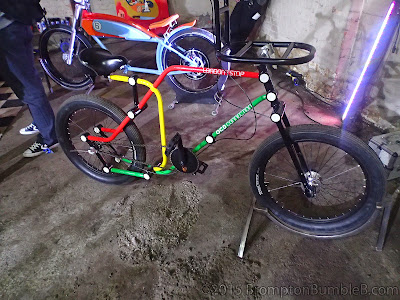 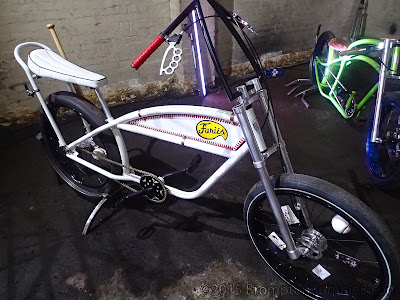 Don’t mess with this one, its got knuckle dusters 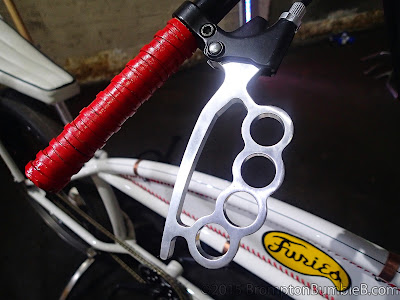 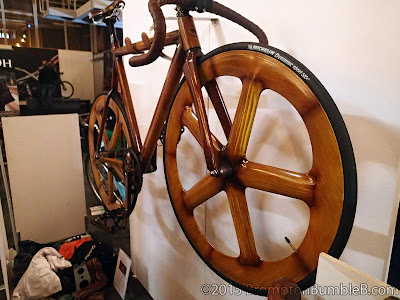 The thing I liked the most was the bike testing track where you could have a go on many of the bikes showcased. 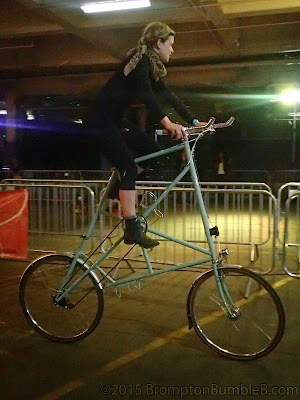 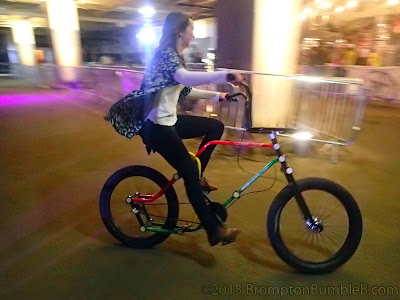 All in all a great day out with so much to see and do. I know I probably only took photos of half the stuff there. Even met a few fans of the legend there to so hello to anyone I spoke to.