The legend meets the Tour of Britain

Yesterday BBB & I went to Brighton. This was to be a recce small ride with just 4 of us. Anne M & David P & my cycling partner OrangeBrompton. But at the last moment OrangeBrompton had something come up so couldn't attend.

The weather promised to be good but for some odd reason I still packed my waterproofs. It was clear as soon as I got to Victoria Station to catch the train to Brighton it would be a perfect cycling day & we may even catch a glimpse of the "Tour of Britain" which was finishing in Brighton later on in the day.
I was expecting the train to be busy but it was pretty empty all the way though. I was guessing the train back would be busy with the Tour Of Britain finishing there so had mentally prepared myself for that.

Once I settled BBB down for the train ride I got a msg from Anne & David had boarded the train  after a couple of stops but further down.

Finally we arrived at Brighton station where I spotted Anne & David, had out usual hellos and hugs and seeing we was all here we set of for our little ride in Brighton.


First off we headed off to the UnderCliffs where we have been many a time on a Brighton ride. 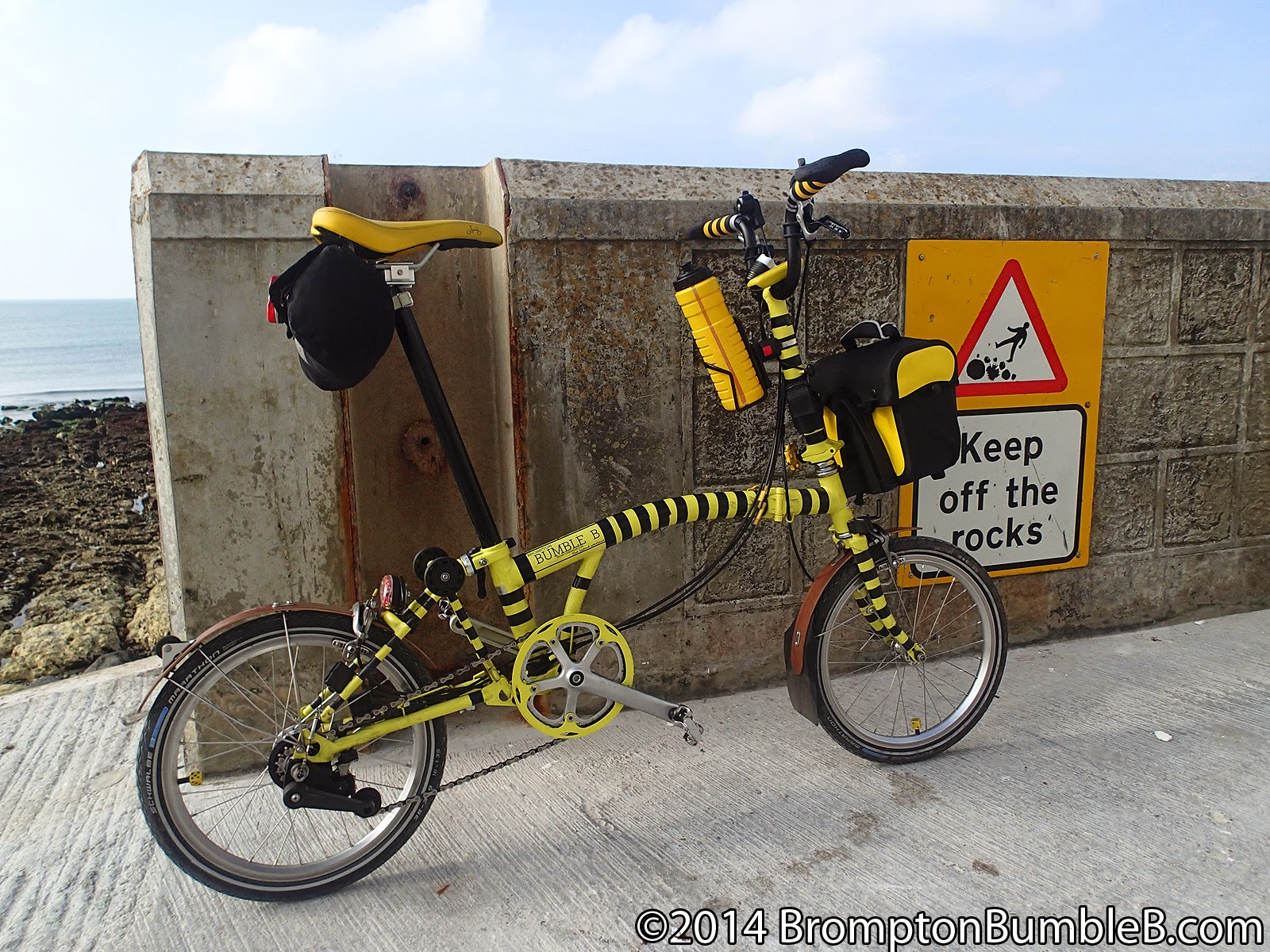 Instead of going our normal route around Brighton we went east so we could meet up with the Tour of Britain at the top of a hill, atleast there the tour would be slower and me and BBB would get our first look at professional rides in action.

Then before we left civilisation as David put it we stopped off for some proper fish 'n' chips with mushy peas. 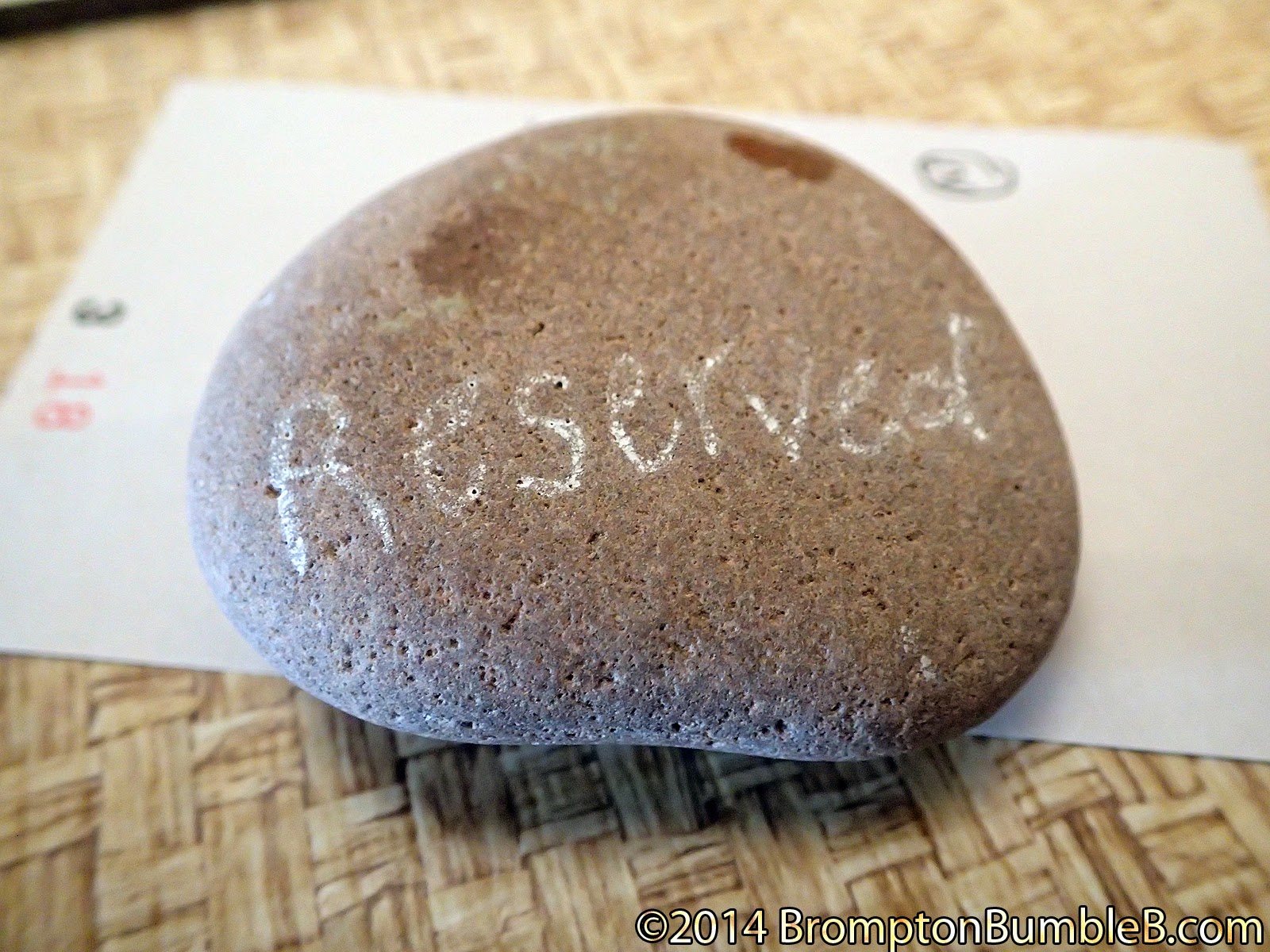 Now it was time for some proper hills after lunch which I will admit is still hellish for me. But now with the 44T chainring isn't so bad for me and BBB. As David and Anne motored off into the distance I started my slow climb up I think I got about a 1/3 of the way but my gearing had bottomed out for me, well I couldn't keep it going so I had to walk up the rest of the way. I was actually getting cheered on but a few people there where camped out by the side of the road waiting for the Tour of Britain to pass by. I always get a good energy boost when that happens.

Thank god we hadn't gone all the way to Beachy Head as planned cause there was a couple of BIG hills which was actually on the Tour the Britain Route.

We got to the top of a major hill where quiet alot of people had gathered to watch the riders come past. At this point the riders would have just finished a major hill so would be tired and about slower so we got a chance for some good photos. 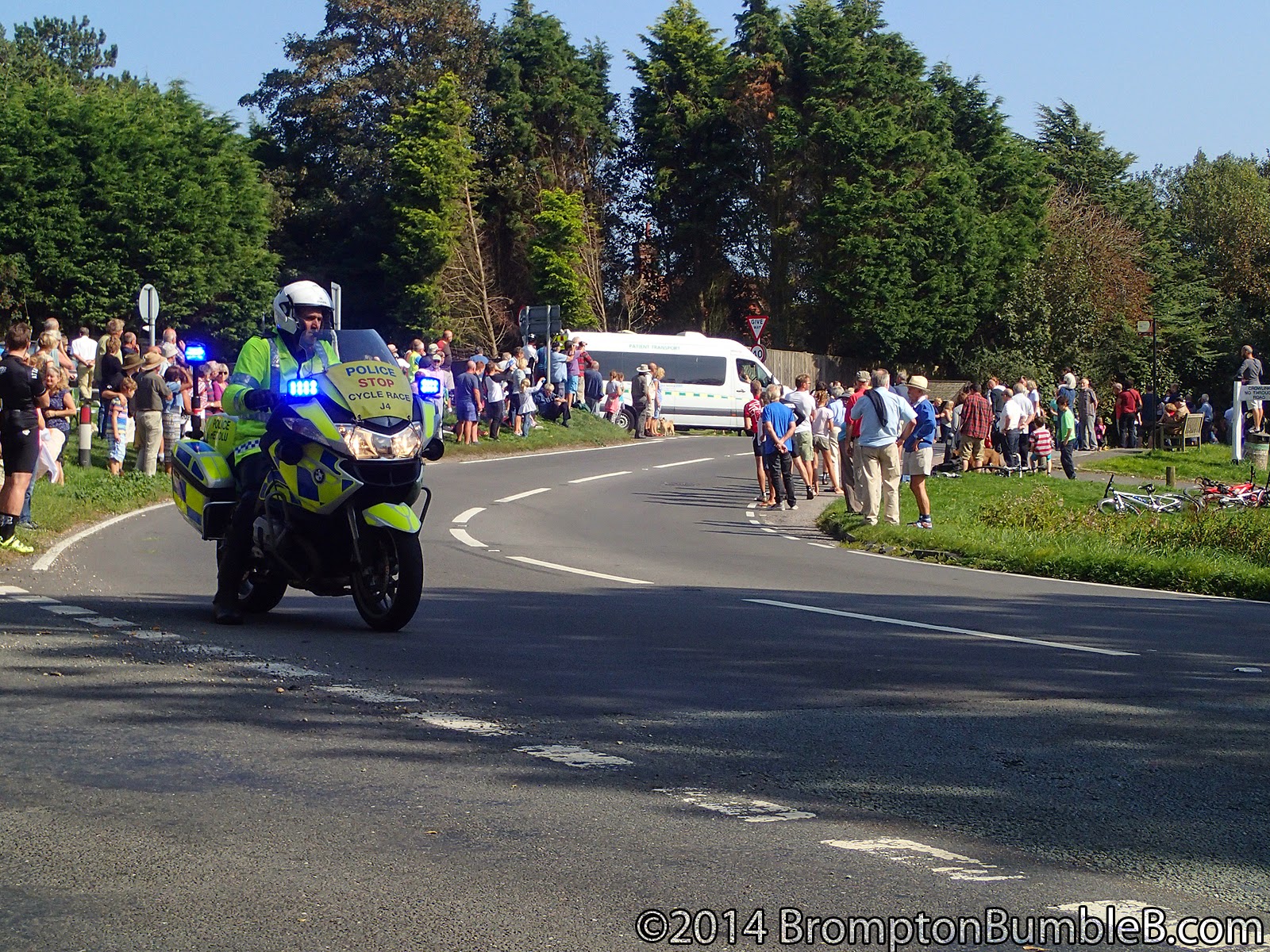 After the tour had passed we went to see how close we could get to the cliffs from the top by going though Crowlink right by where we was. It was across a field which had LOTS of sheep grazing.

Seeing 3 Bromptons had the sheep looking at us, probably wondering what the hell are these crazy humans up to now. 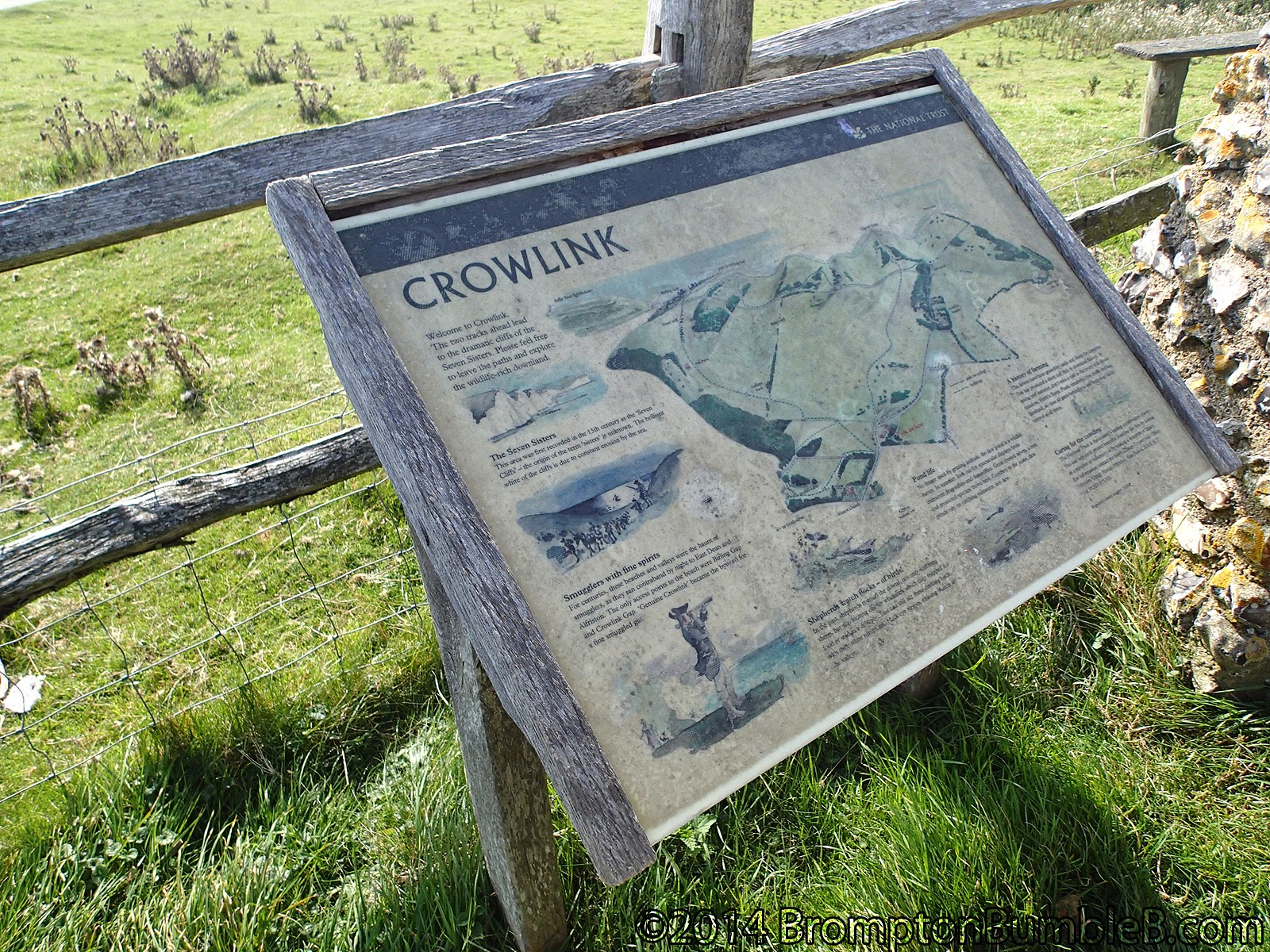 After the excitement of the tour it was time to head back. Thankfully David P cut out some of the really rough bits we came though aswell as any more big hills.It was much quicker heading back to Brighton as alot of the traffic had died down as well. Just one quick stop for ice cream outside of Brighton and we got to see the finish of the race on a big screen. 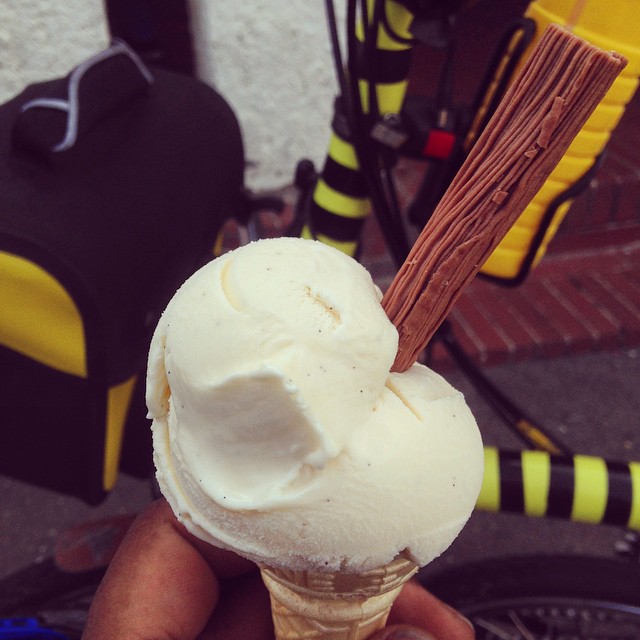 By the time we got back into Brighton everything was just about packed up and gone and you would have never have known there was a big cycling event had taken place. 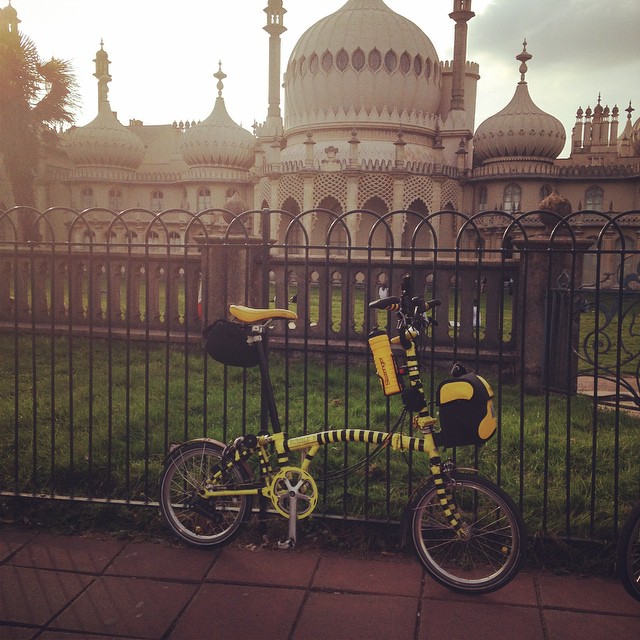 With plenty of time top spare we had alittle drink at our fav coffee place "Milk, No Sugar"


All in all a good day of cycling, alittle disappointed that I walked up the really big hill but I did alittle of it. I always see an improvement on my hill climbing so I'm relatively happy with that.

Thanks again for Ann M & David P for having me along and waiting for me at the top of the big hills.

See you all on the next ride,
BBB