To Gravesend to meet "The Abombination"

Once again the Legend and I launch ourselves into the abyss of another great LBC ride outside of the big smoke, London. The meeting point was the ever popular Charing Cross Station which has see the LBC and the legend go on many a ride so we knew it well.

Turning the corner from the underground exit I spotted a very colourful array of Bromptons & ofcourse welcomed old friends & a few new ones. I hadn't seen Rachael E since the Brompton World Championships in 2012 when she actually won, so I made sure I got to say hello cause I had a feeling I probably wouldn't be seeing much of her and she speeds off into the distance.

With a little time to spare so I got my ticket and something to eat before we set off on the train to Gravesend. There was a few new riders with us and one young lady who has never done more than her commute to and from work on her Brompton M3L ( I believe) 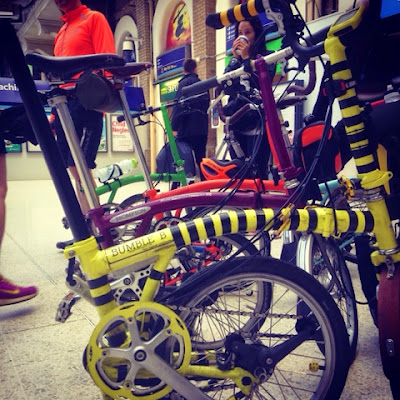 On this particular ride we was going to be met by a camera man from "Fake Britain" to get our reactions to a "FAKE" Brompton. I heard that Rachael E had a very intense dislike (to call it mildly) to the thing. The legend and I would also past our judgement on the "Abomination" in time.

Once we all gathered together and made sure we had tickets etc we heading towards our train. I have to say we had the whole carriage to ourselves which was great so we didnt have to keep watching our B's so intensely but I still made sure BBB travelled in style.


Having got to Gravesend pretty quickly and met up by another long time LBC member Geoff S who met us there we unpacked. 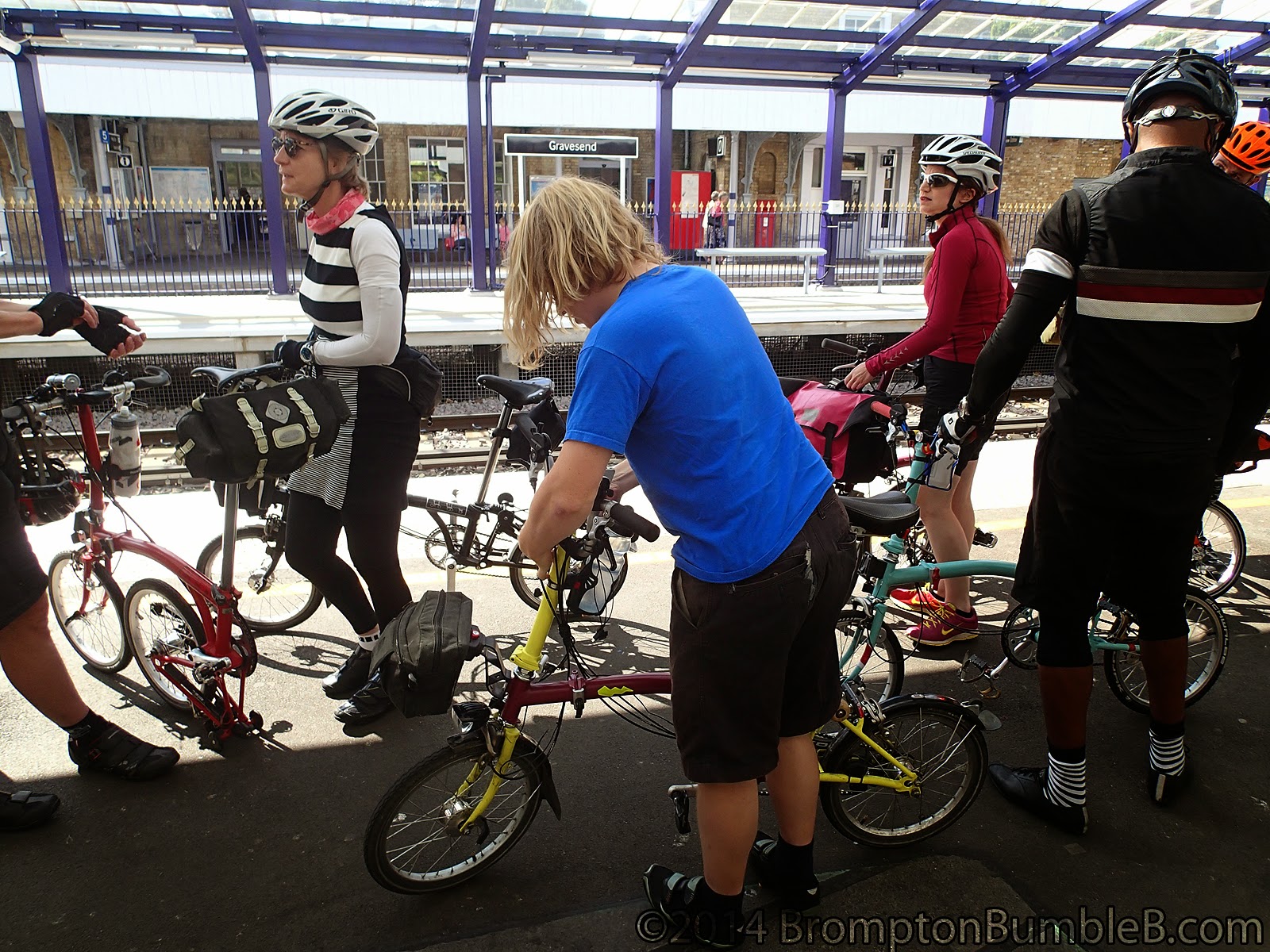 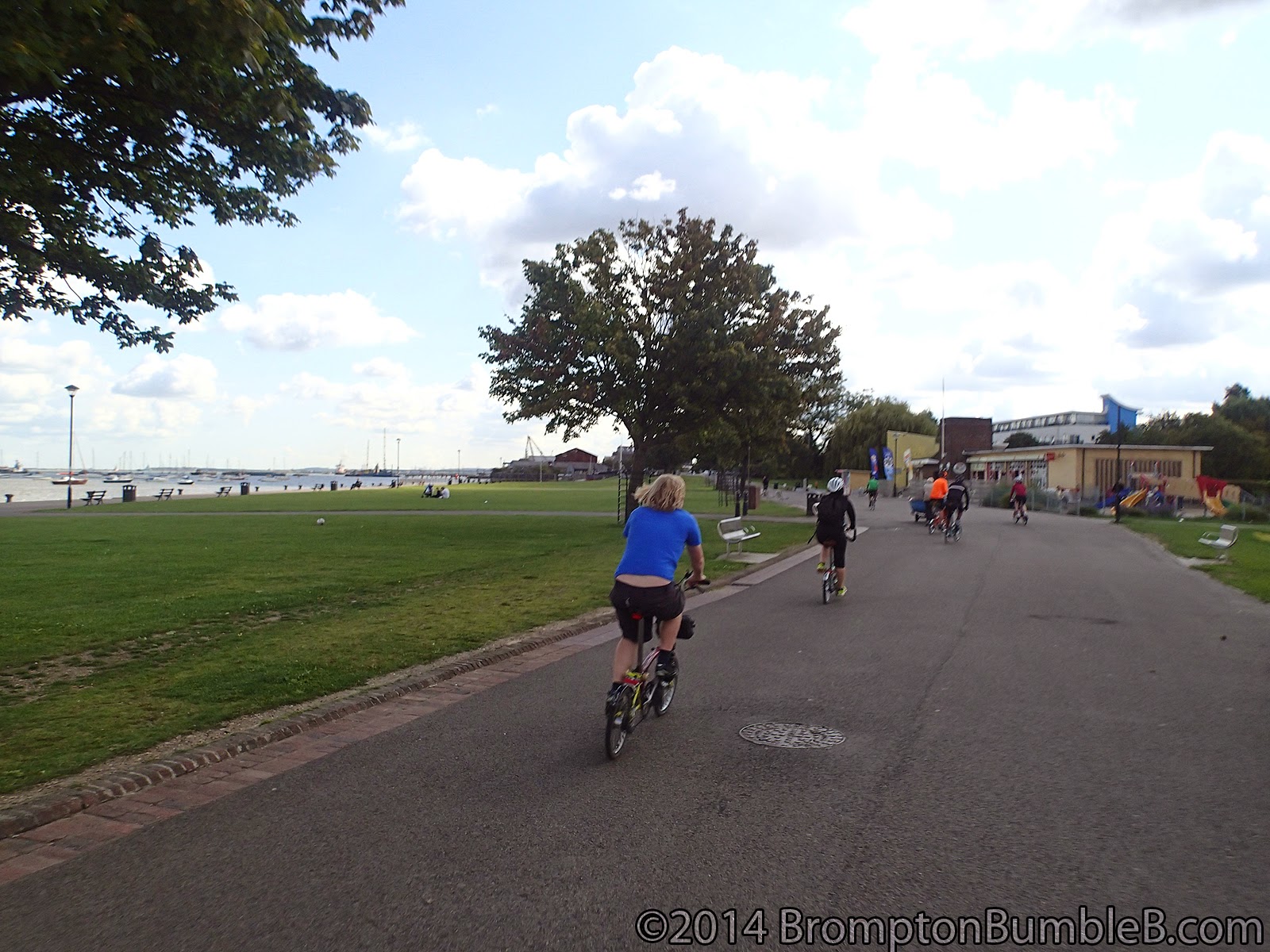 Mark L was leading this ride and we where going though some little paths, alleyways and even abit of off-roading which was abit interesting to say the least( cheers Mark L :P) 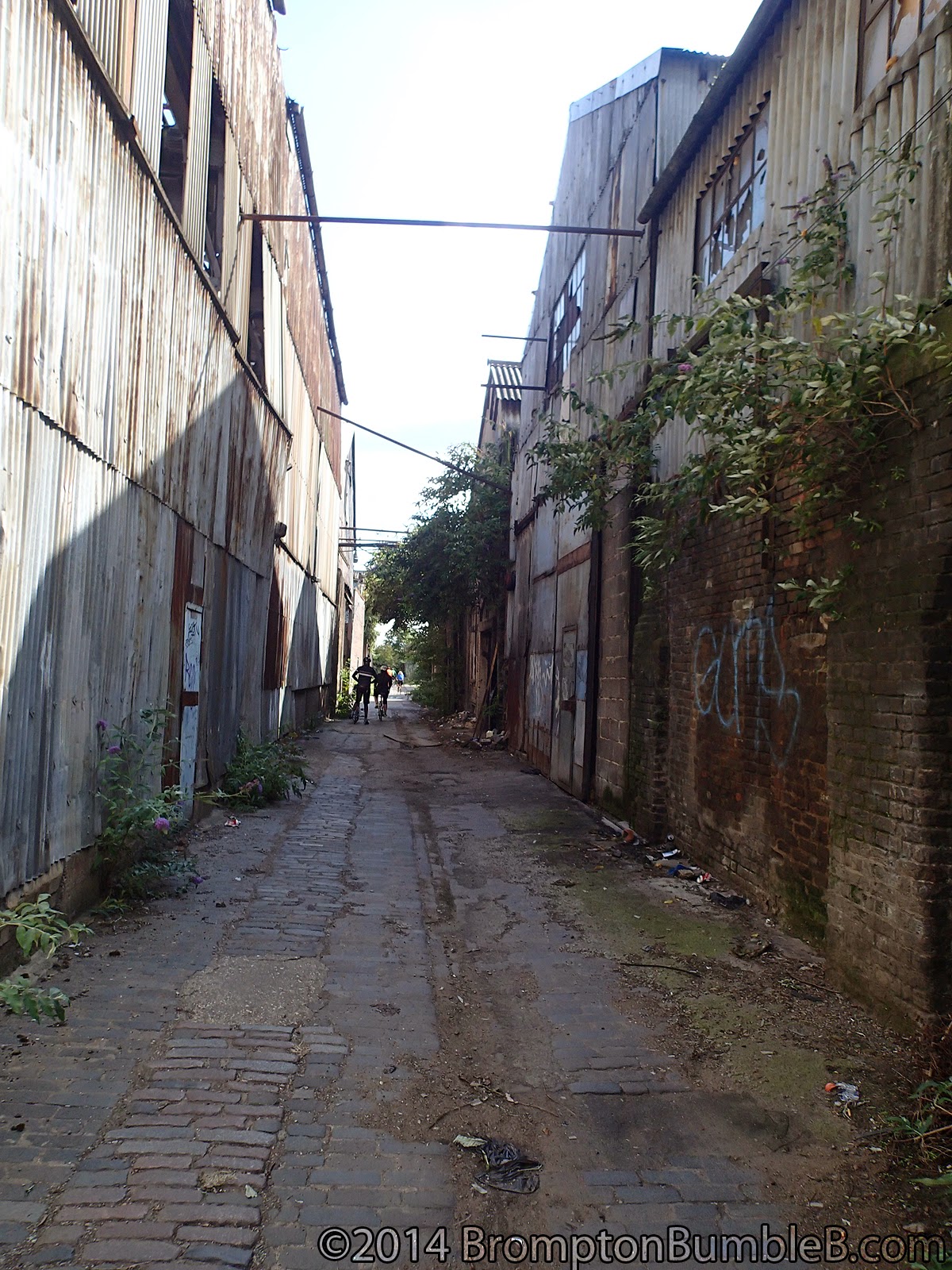 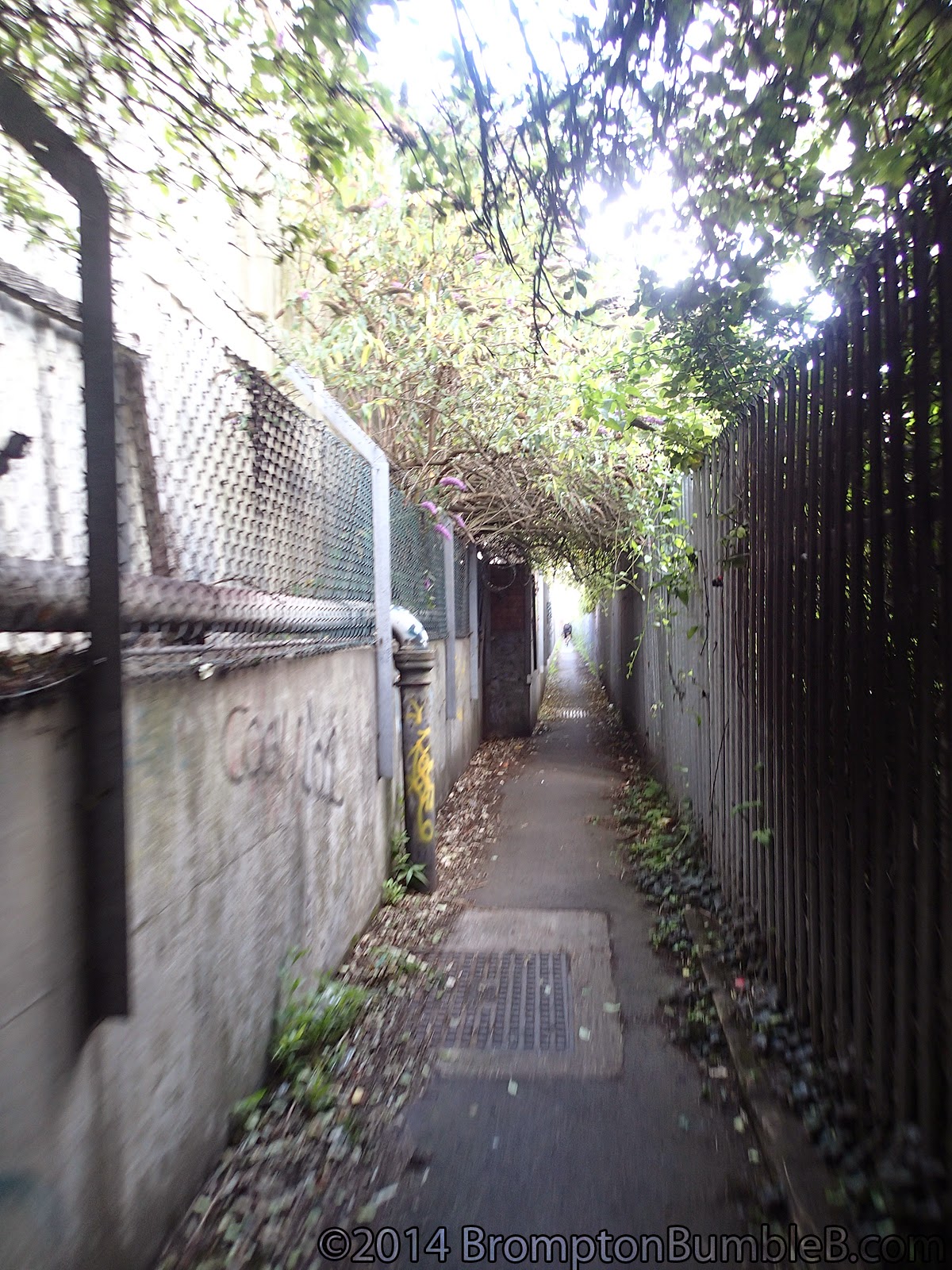 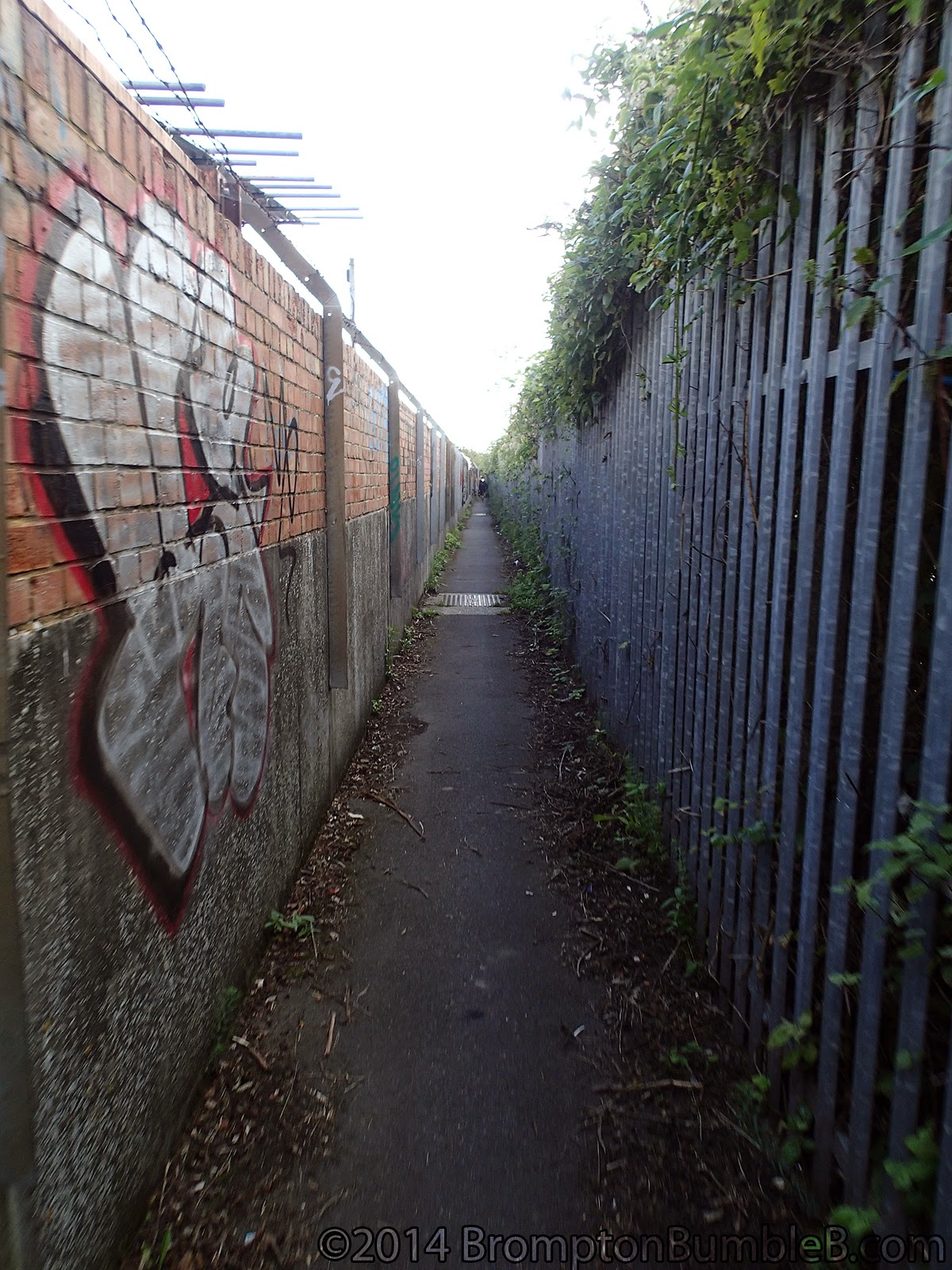 Finally we had to cross a little canal/waterway which at night-time is a deafening chorus of wild frog mating calls. 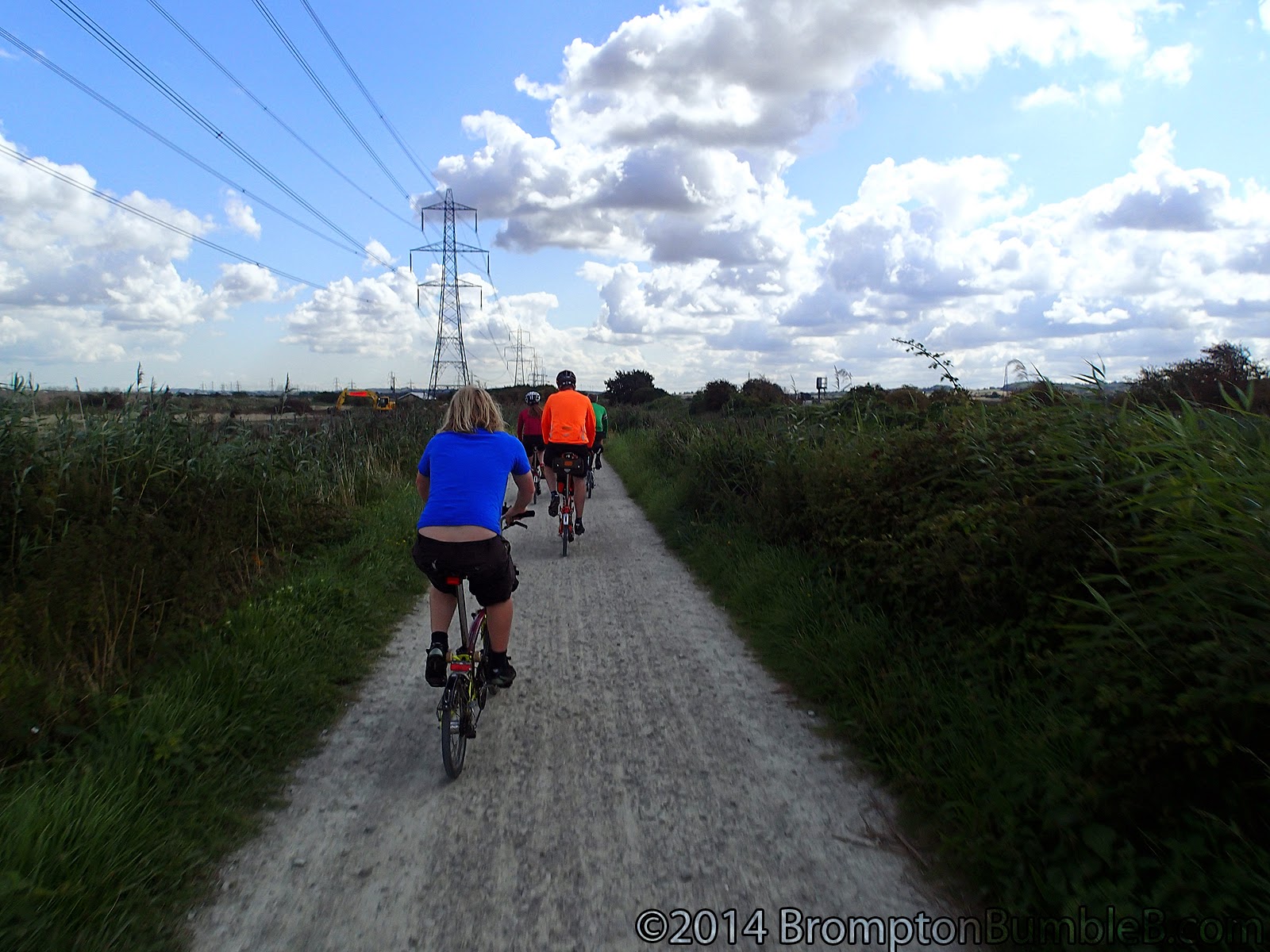 The chalk path was so rough in places my Garmin VIRB Elite almost shook off, I thought NOTHING could loosen its clamp. It was that bad in places. 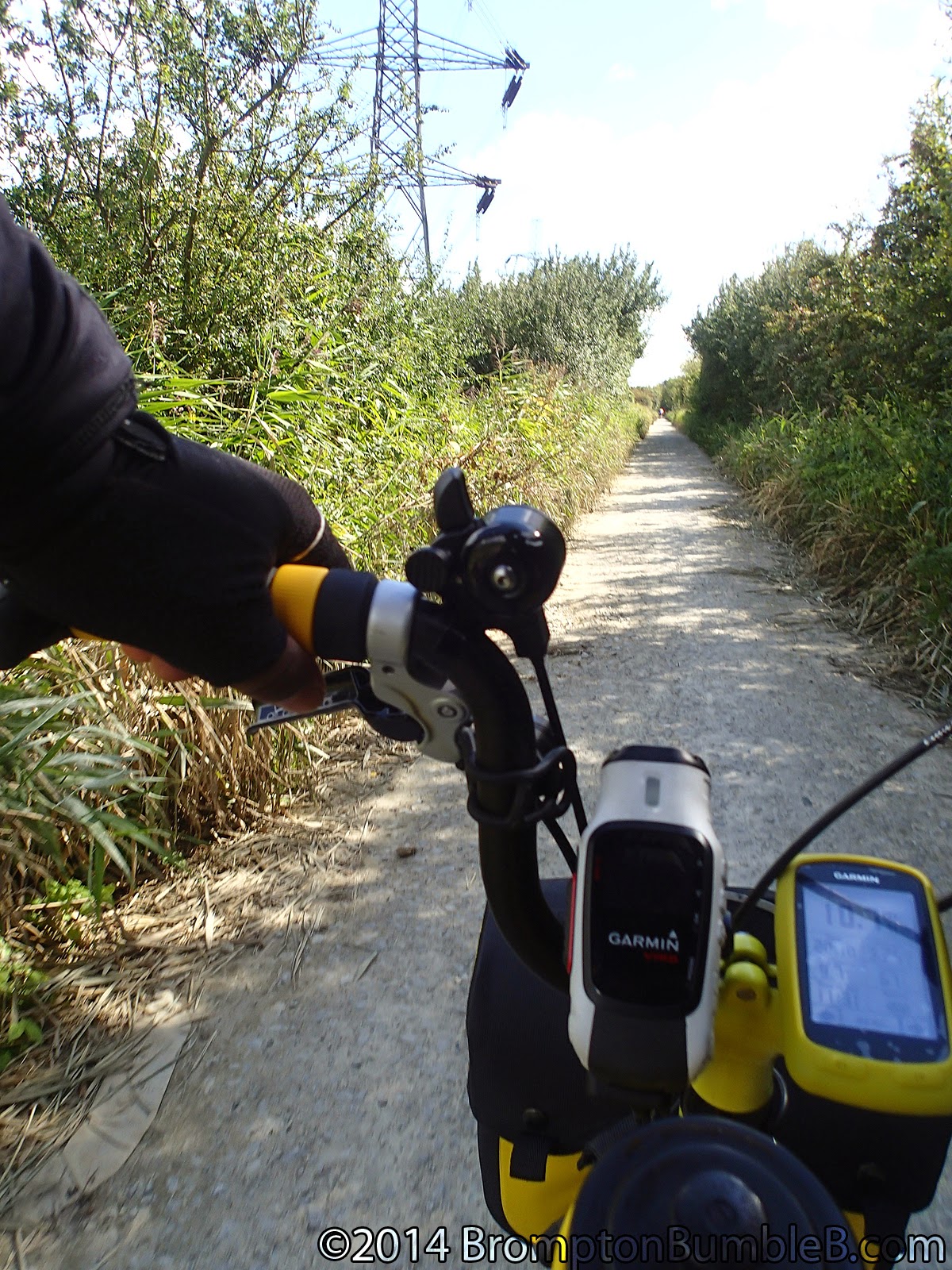 Finally the chalk path turned into some decent tarmac road and we all sped along. 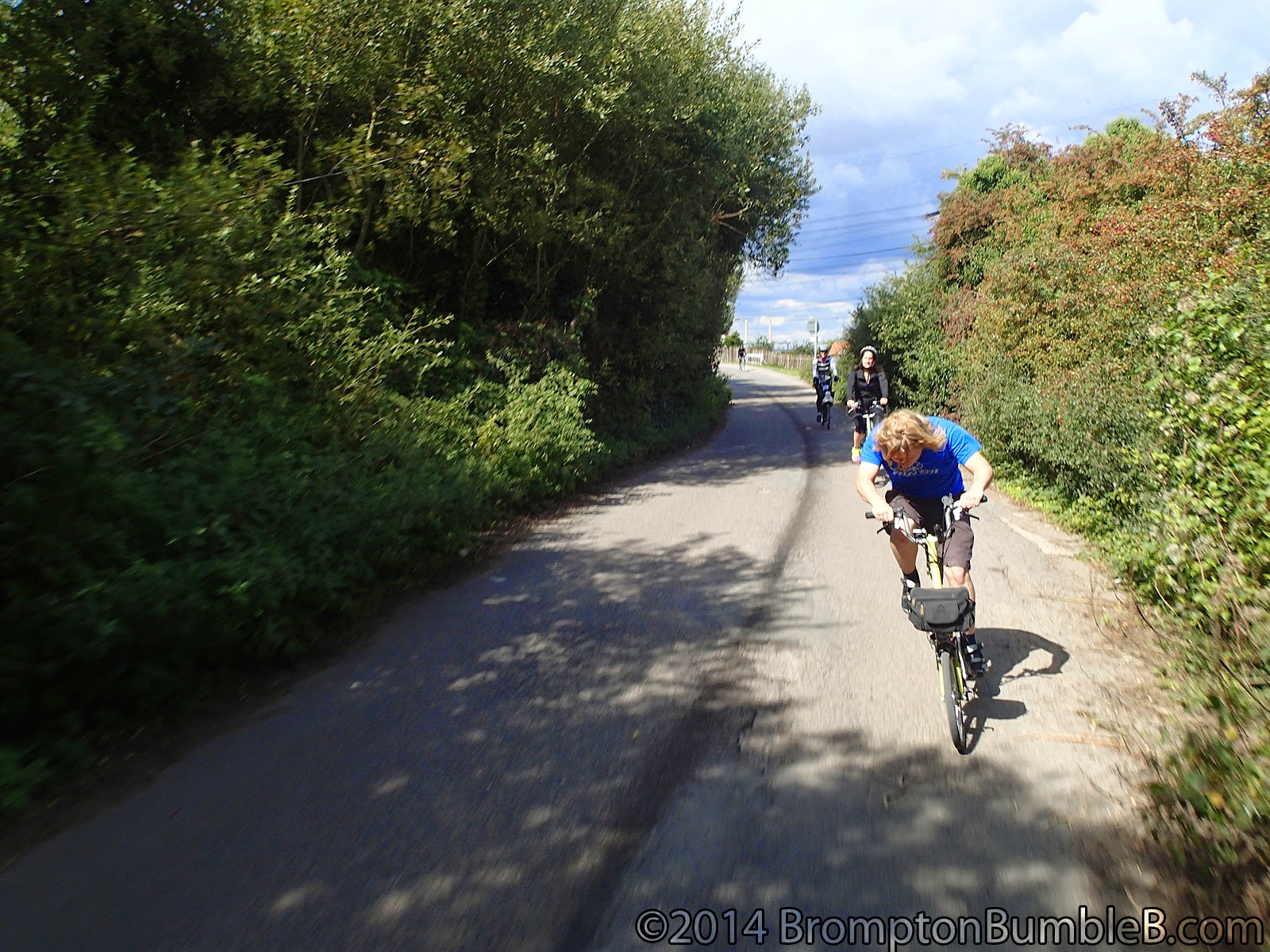 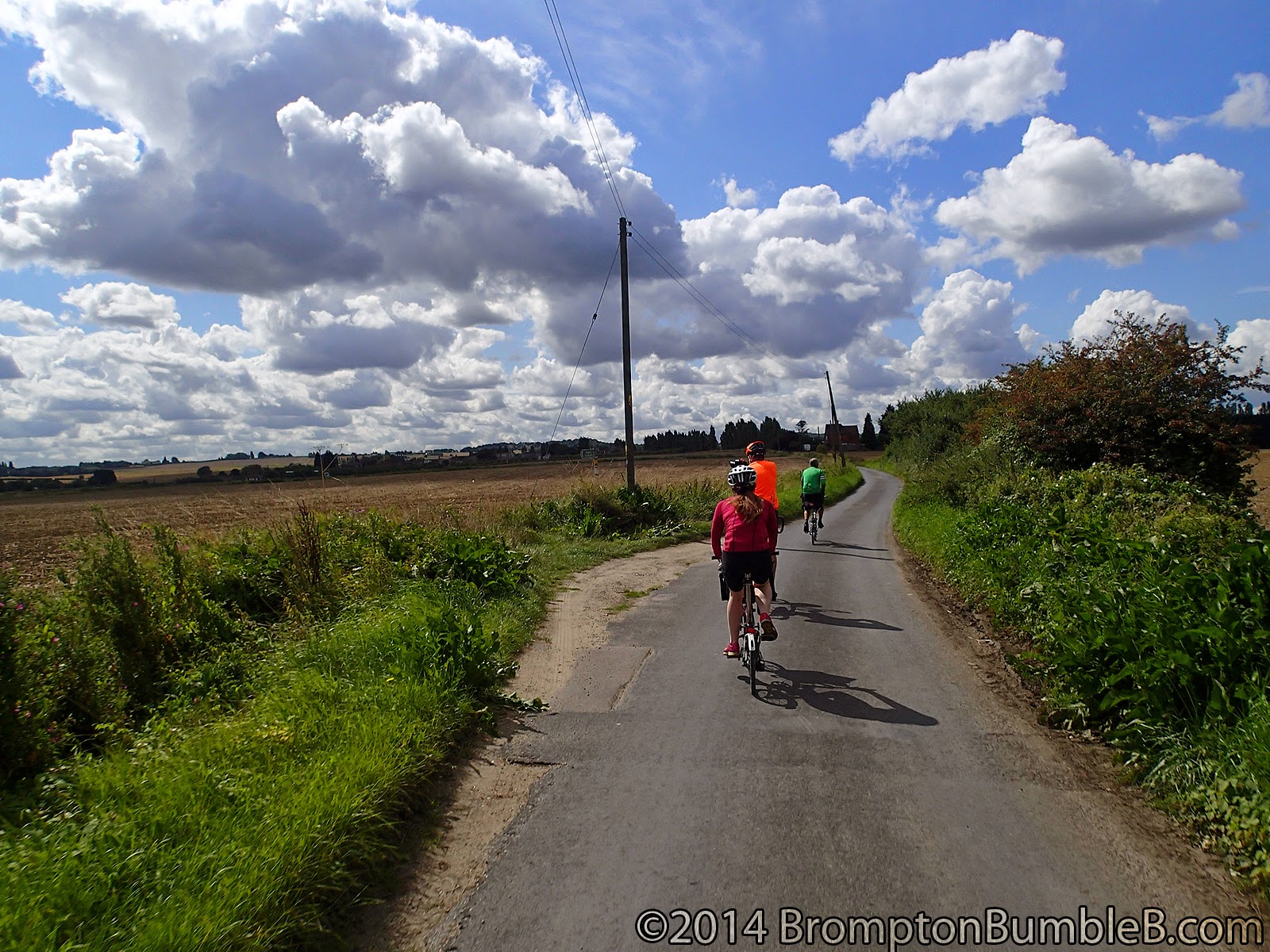 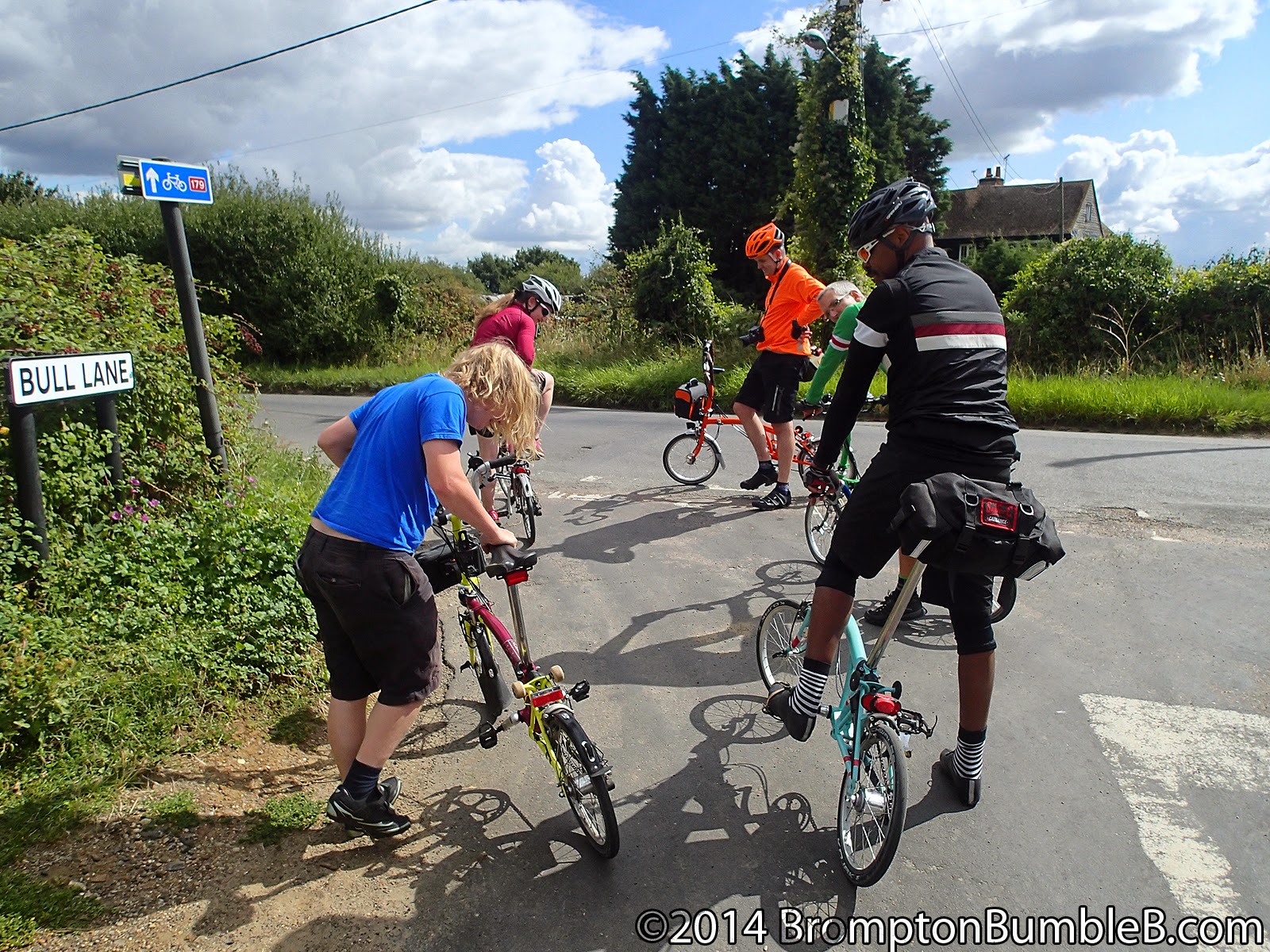 I have to say we had a very new rider Luka G with us on this ride, from what I gather her longest ride was a few miles commute in London on her M3L. Luka did extremely well for her first ride with the LBC, I just hope we haven't put her off riding with us as this ride was pretty demanding with the few hills thrown in. I did promise her that not all our rides are this hilly and we never leave anyone behind. 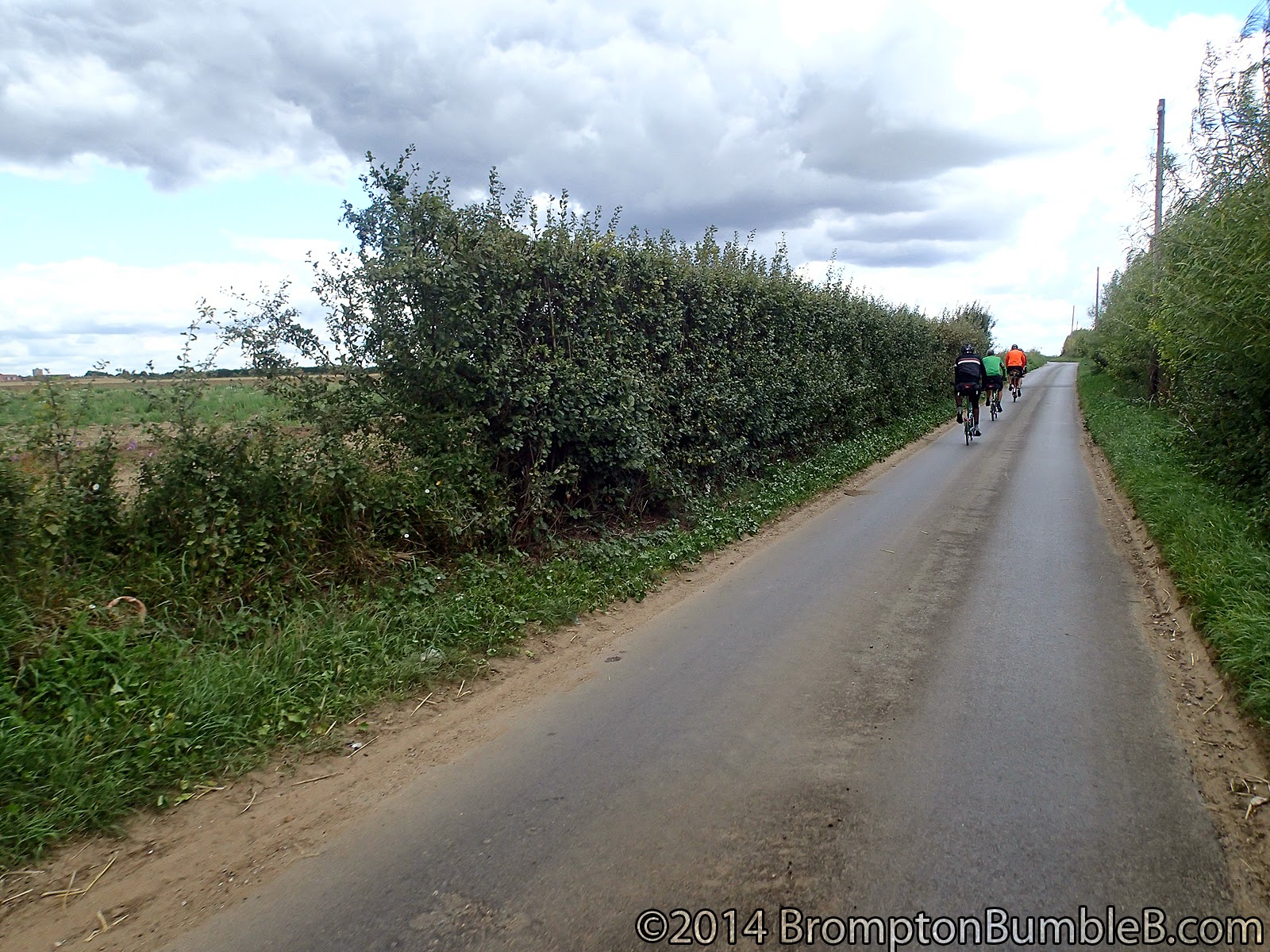 Now my dear readers, for those of you with a sensitive stomach may need to skip the next few paragraphs as we now come to the second part of this ride.

As we approached our lunch time stop at "The Six Bells Pub & Restaurant Cliffe" I felt a change in the air.

There was a chill in the air.

I know there was a presence close by, an EVIL presence & BBB didn't like it one bit.

As we pushed our Bromptons into the rear garden of the pub we passed this cardboard box. 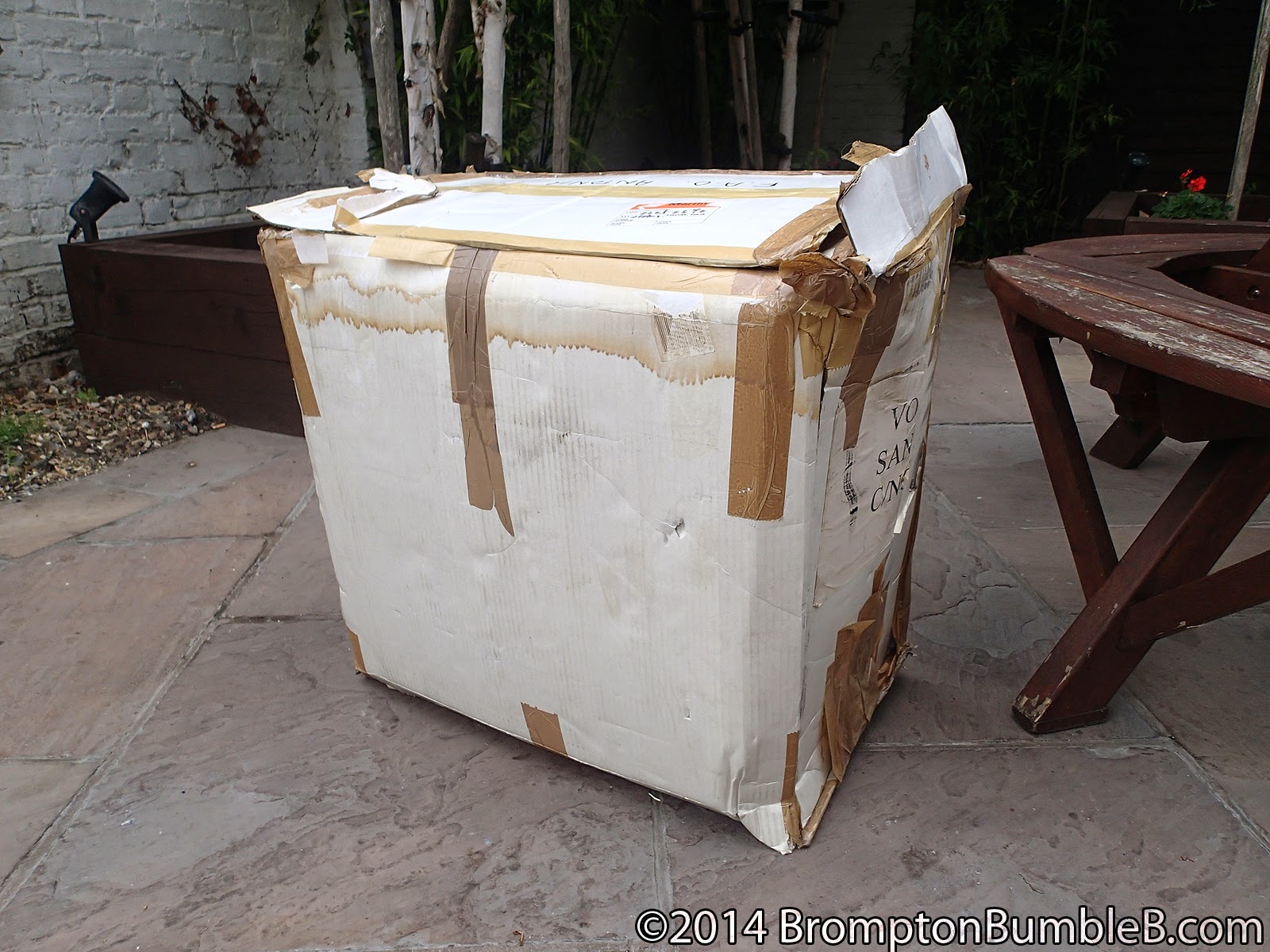 As soon as we saw it we knew this was the I use the term "bicycle" for the FAKE Britian filming for a few of us to make comment on it.

Just looking at the box I was reminded by a scene in the Indiana Jones film "Raiders of the Lost Ark" where they are transporting the ark in a box and you can actually hear its power radiating killing some rats nearby.

On opening the box we was greeted by this, this ABOMINATION. 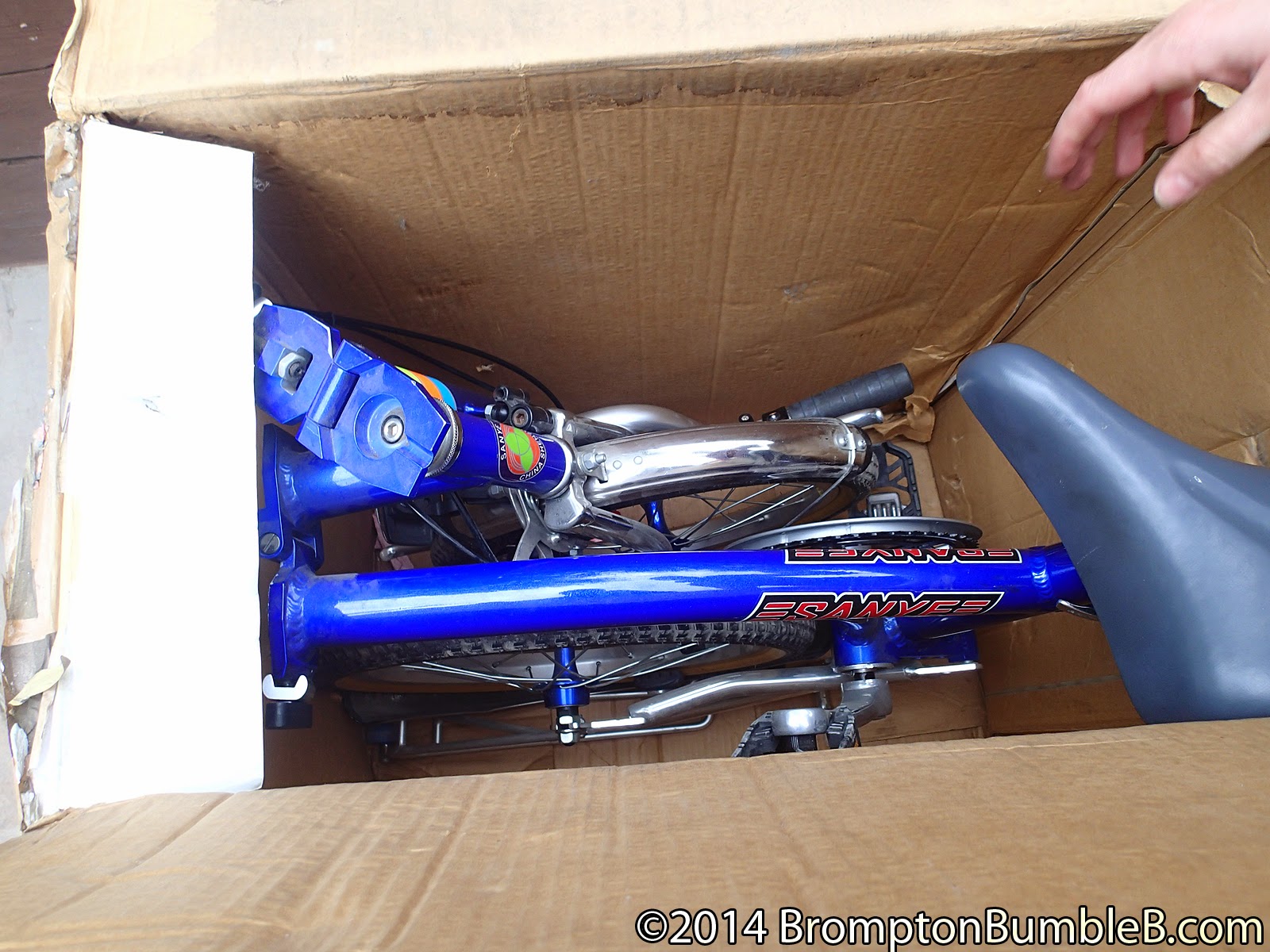 Racheal E & fivemile cyclist had ALOT to say about this FAKE bicycle, I won't even use the name Brompton in the same sentence as that ABOMINATION

My dear friends I have a confession to make. Me and Mark W actually rode the ABOMINATION. Fake Britian wanted us to ride a few miles on it with cameras but after we saw it we knew it was totally unsafe to do so but we did manage to patch it up enough to have a quick ride around the carpark of the pub to get filmed that way.

Things I noted where:
I know for sure if I really put some effort in it I would have snapped the thing like a twig.

I did apologise to BBB for riding the ABOMINATION but I needed to know what it felt like and I promised I'd give BBB some serious TLC when I had the chance. That seemed to calm BBB down abit but was still angry at me, can't blame BBB for that tbh.

After finishing our lunches we headed off again, a couple of us had cameras onboard BBB ofcourse had a couple as well as my Garmin VIRB Elite so we had about 3 cameras in all  filming us as we rode though the rest of the ride. At certain points the camera man which be at a junction we was passing and would get some footage as we rolled past. I think he liked the Brompton so much that he was even considering buying one himself ;) 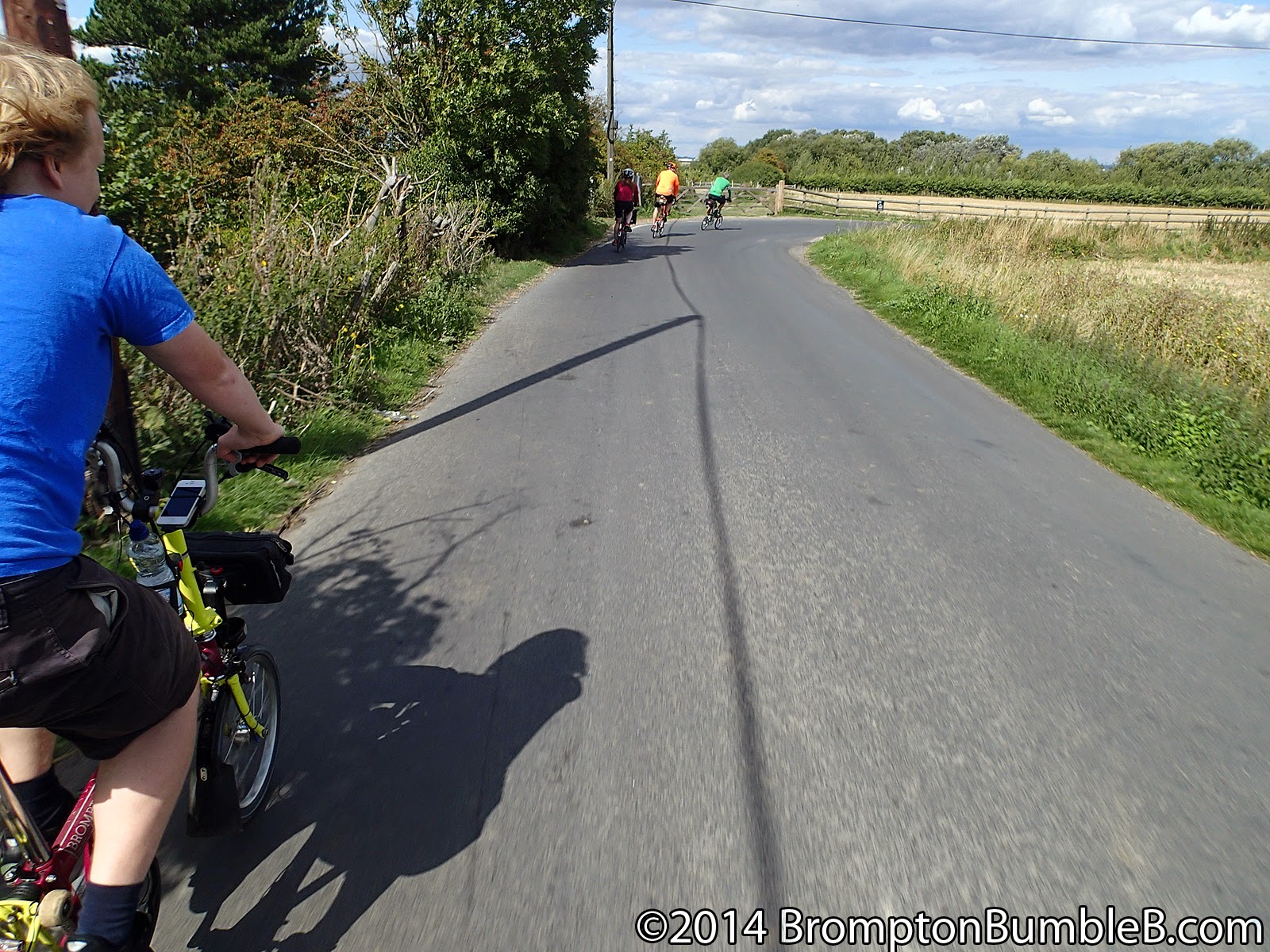 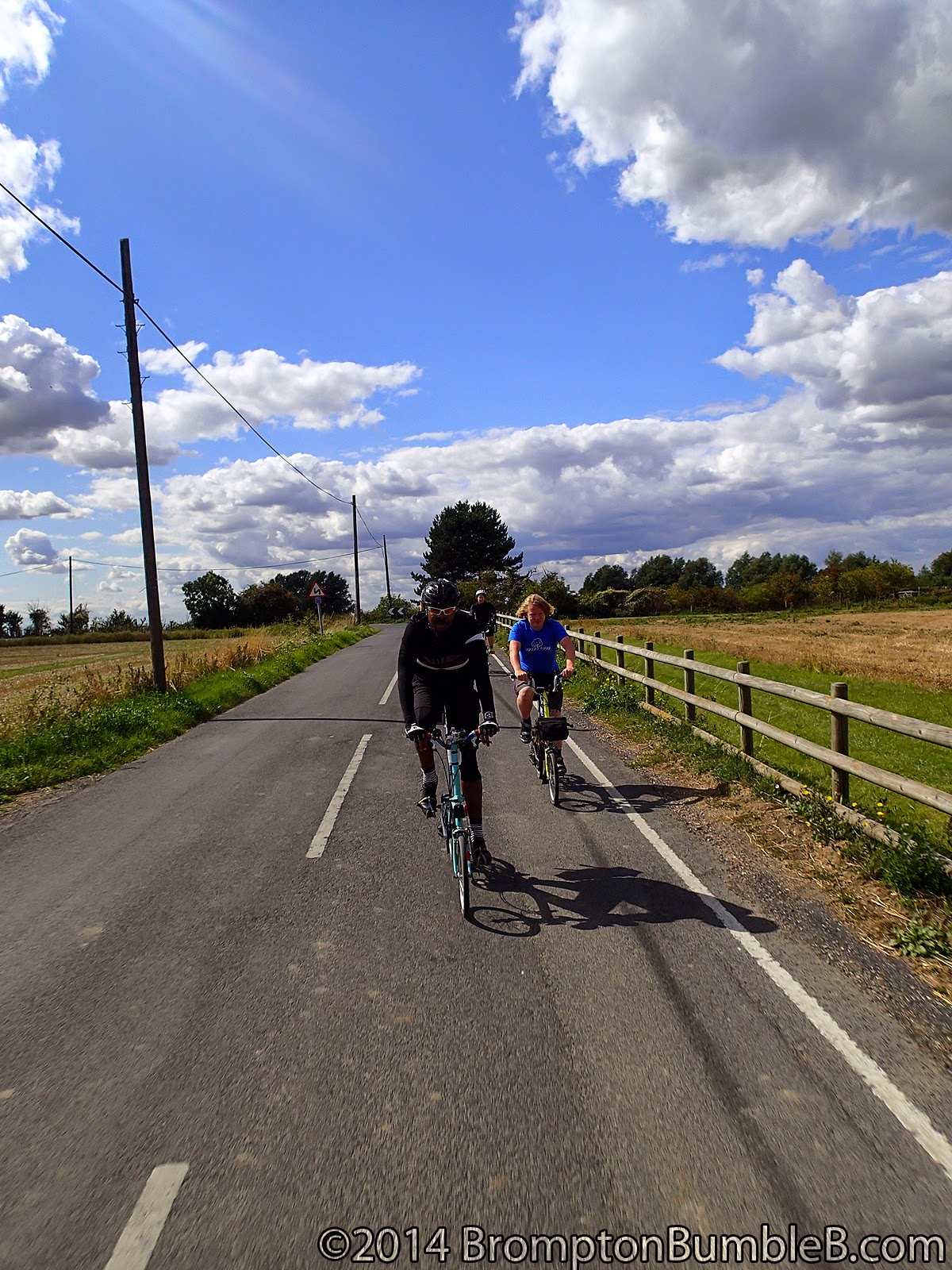 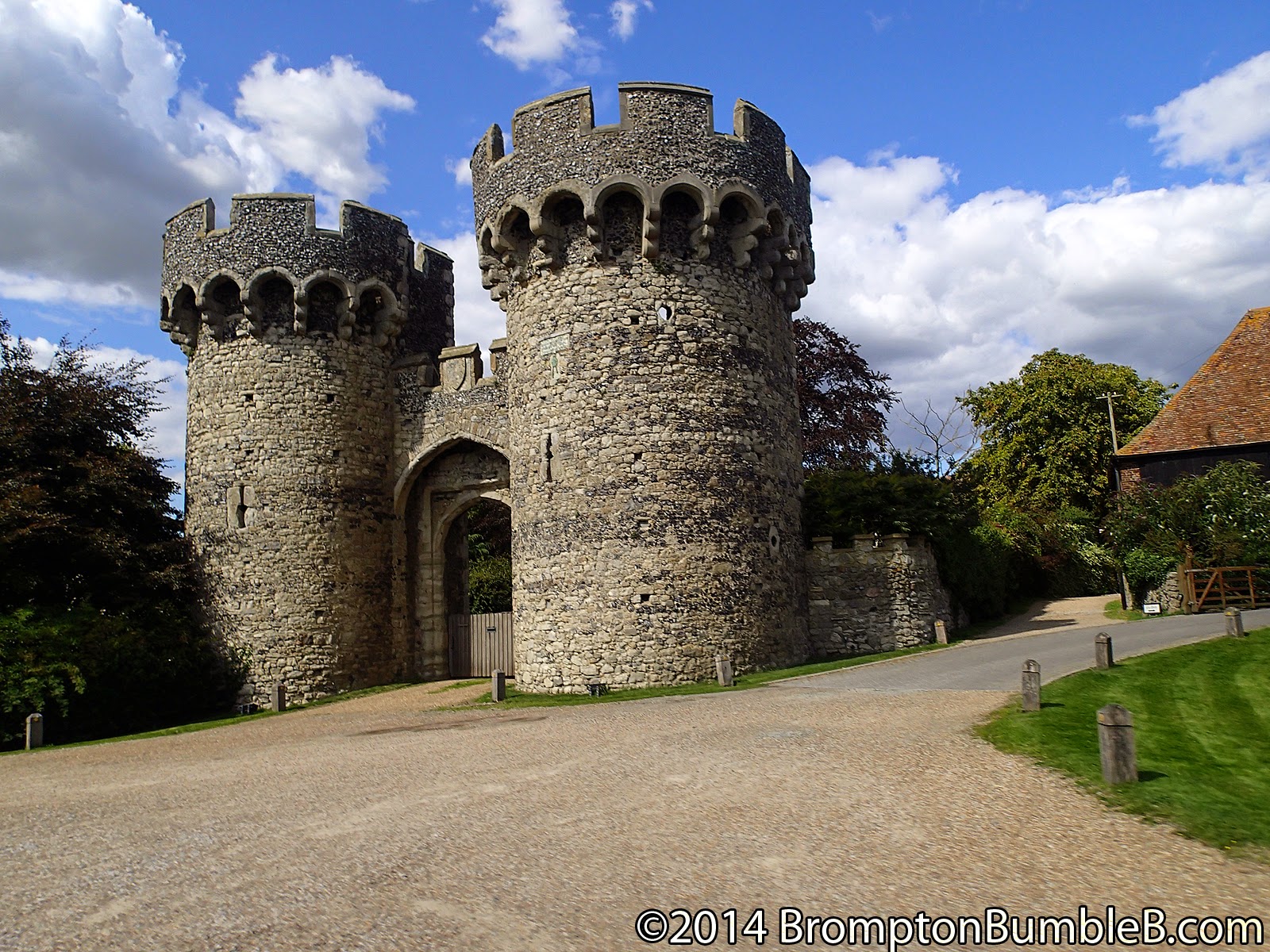 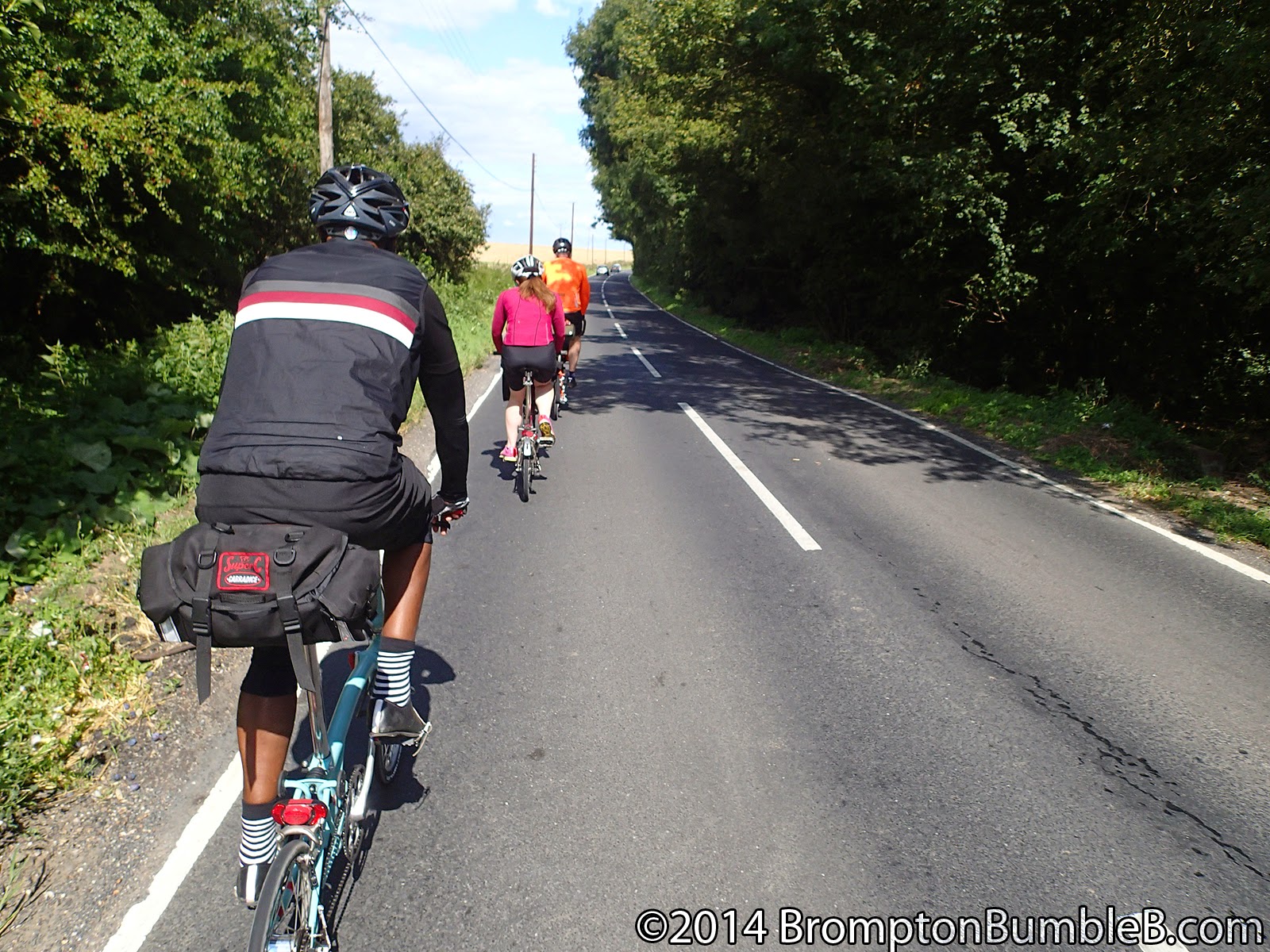 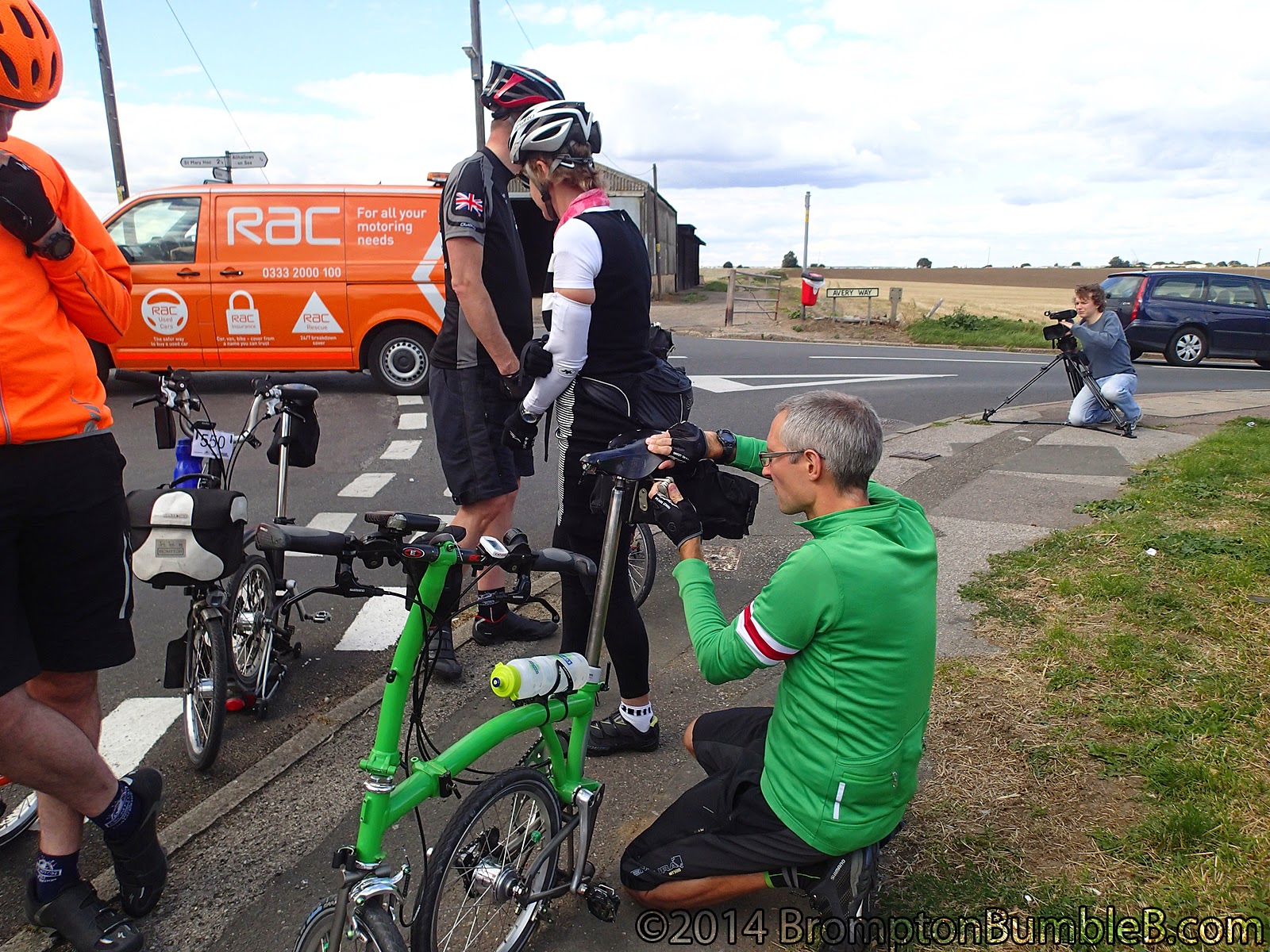 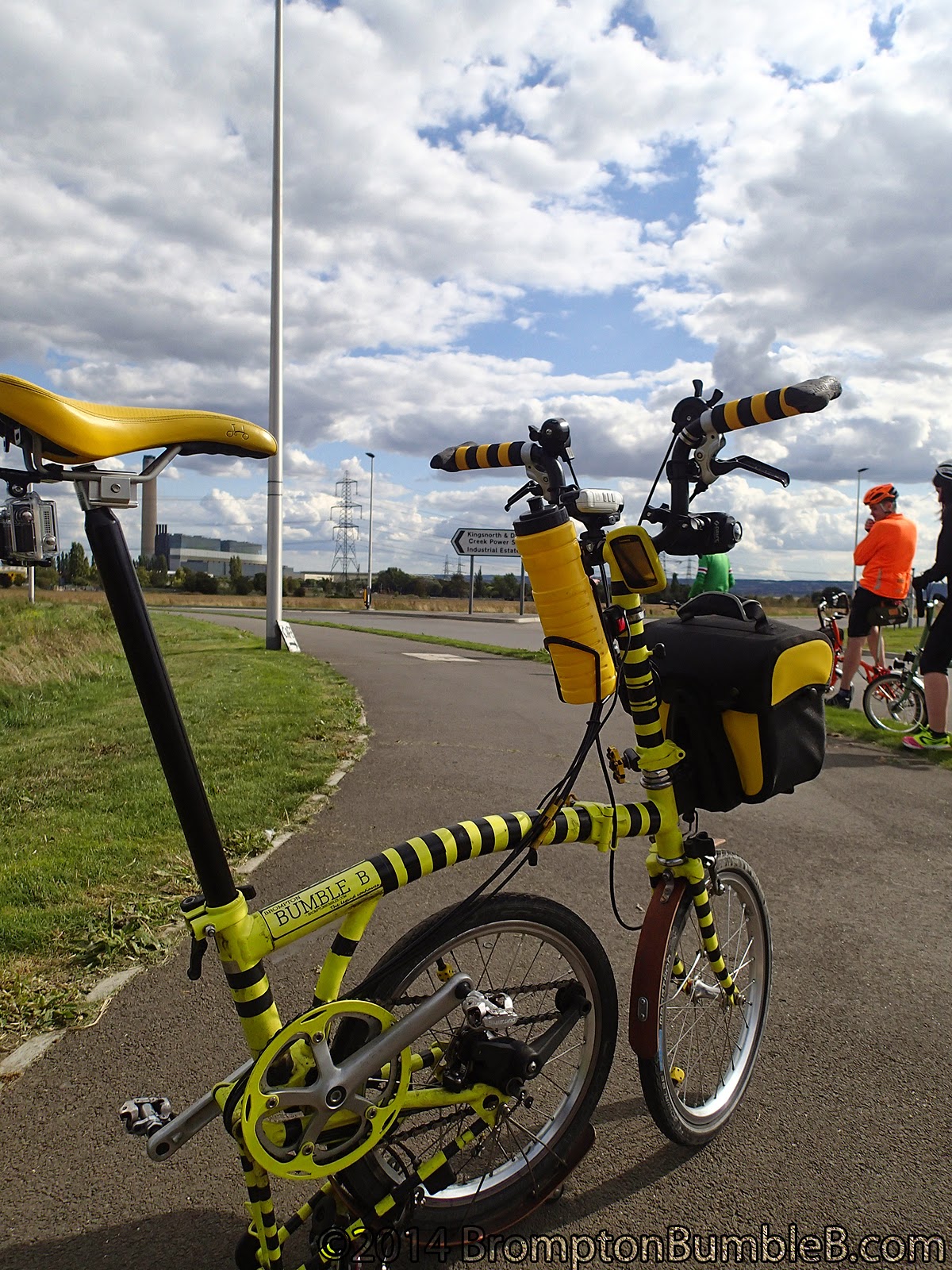 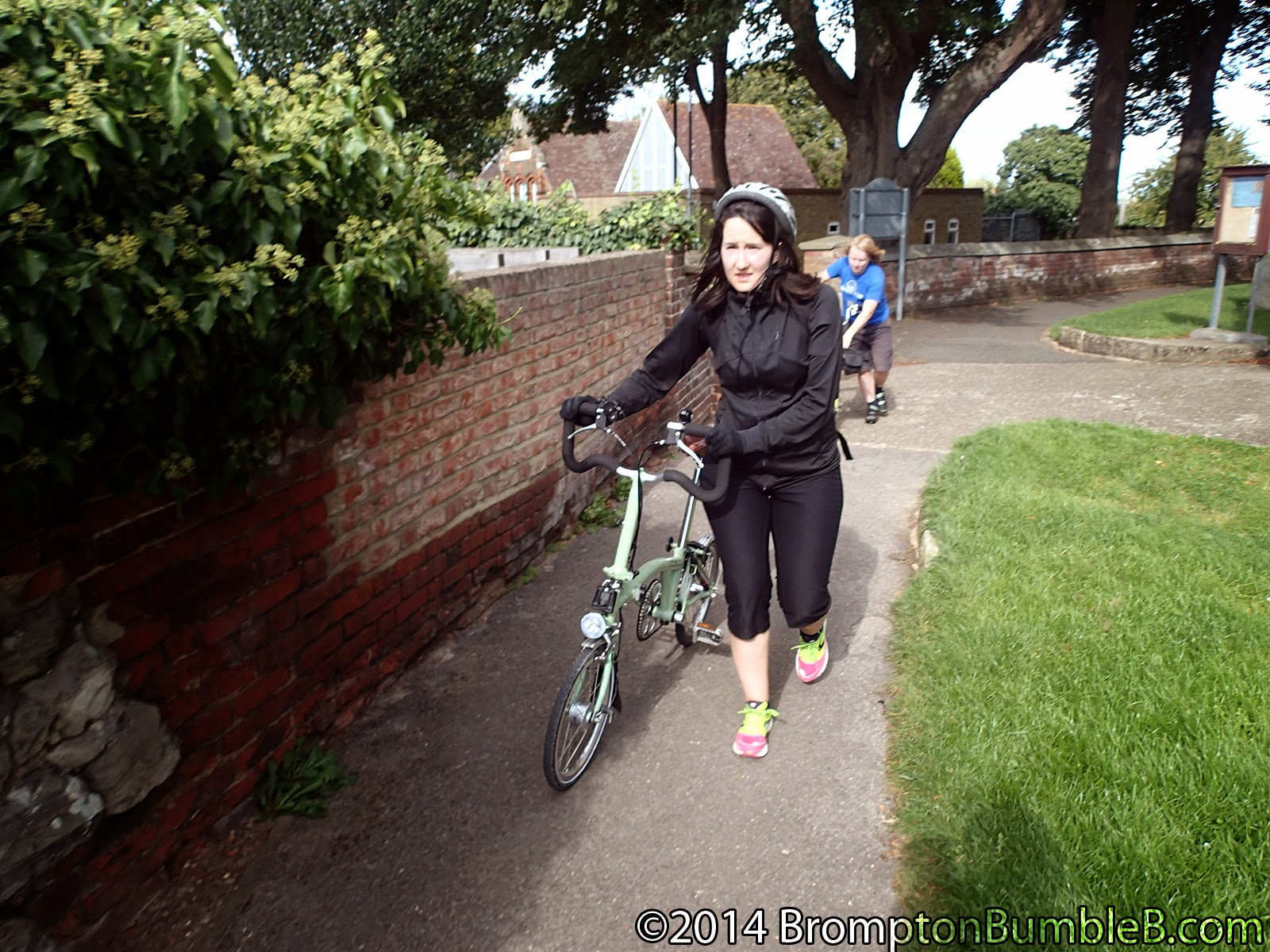 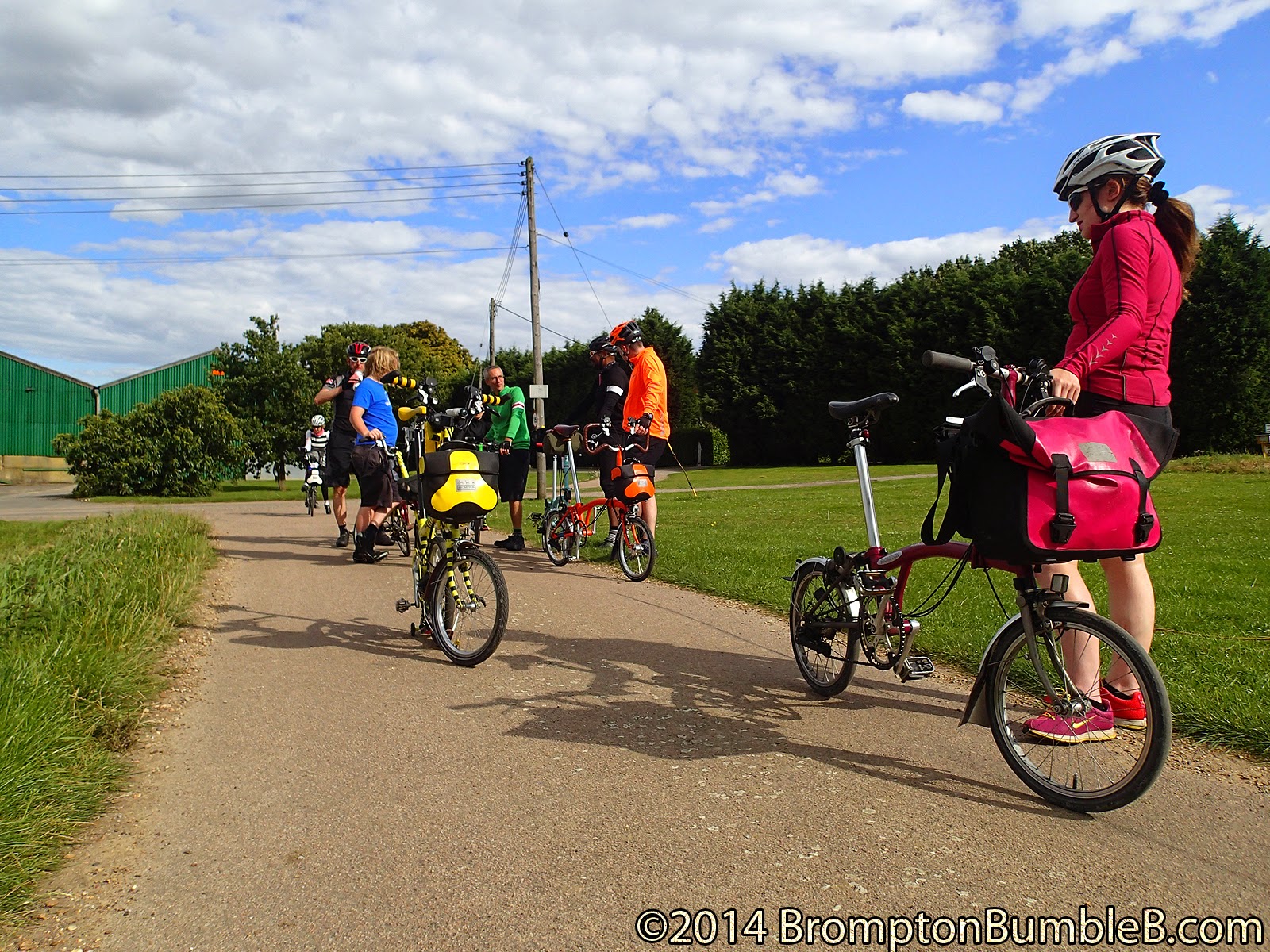 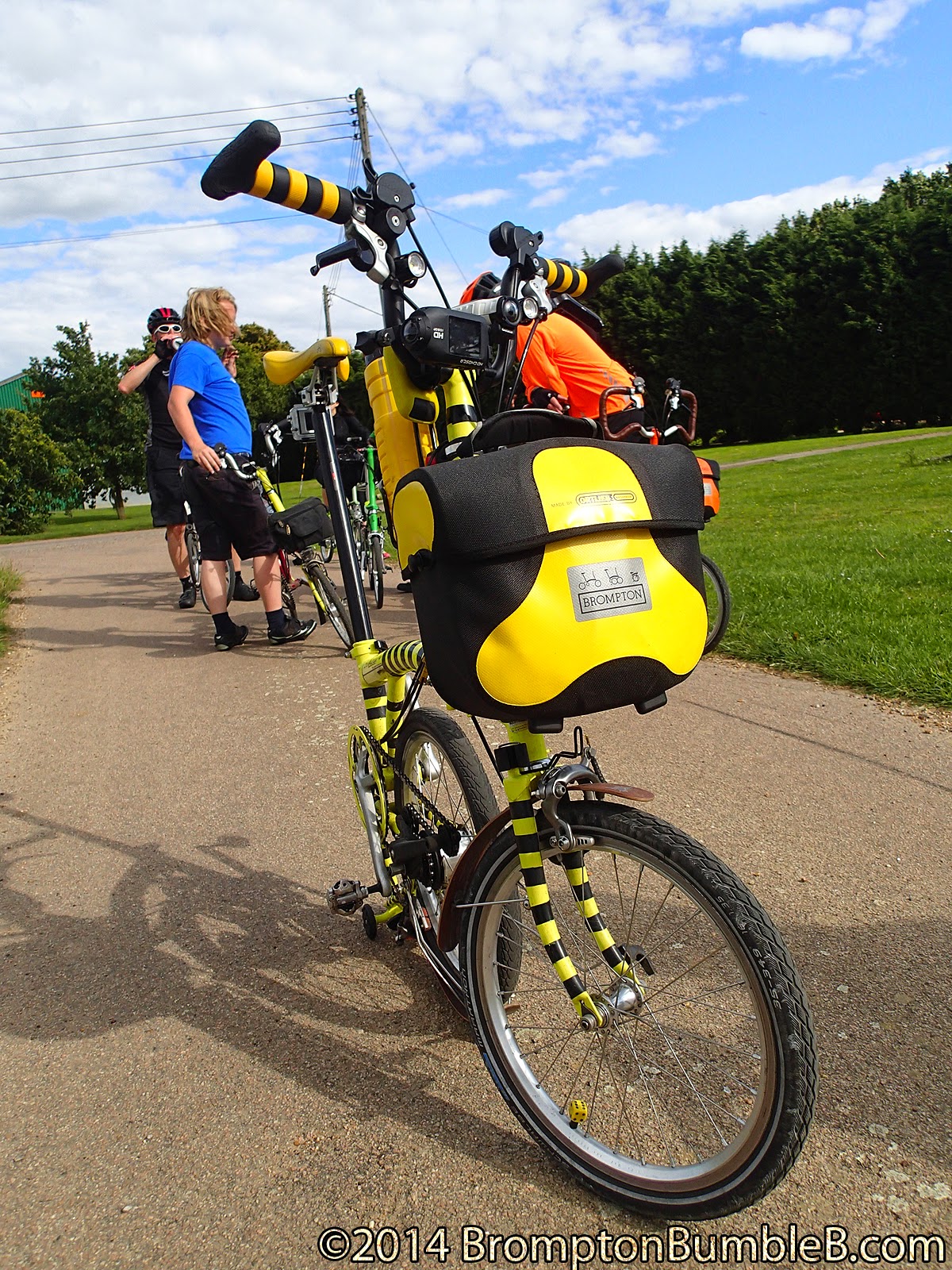 Having got back to Gravesend Station we passed this great little moral which I just had to get a shot of with BBB ofcourse. 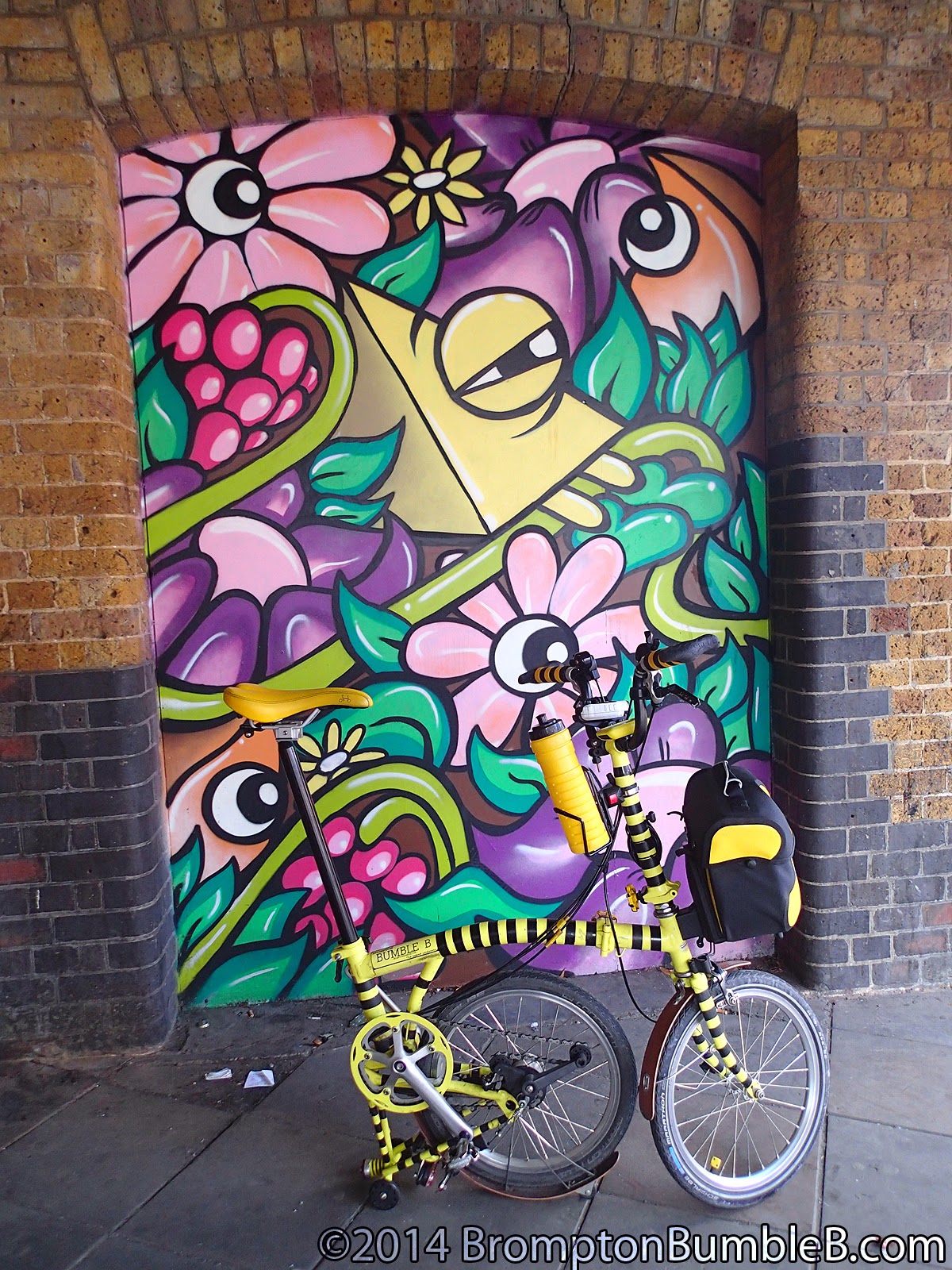 On our journey home I also spotted a big rainbow. Luckily we had missed all the rain which is always a bonus. 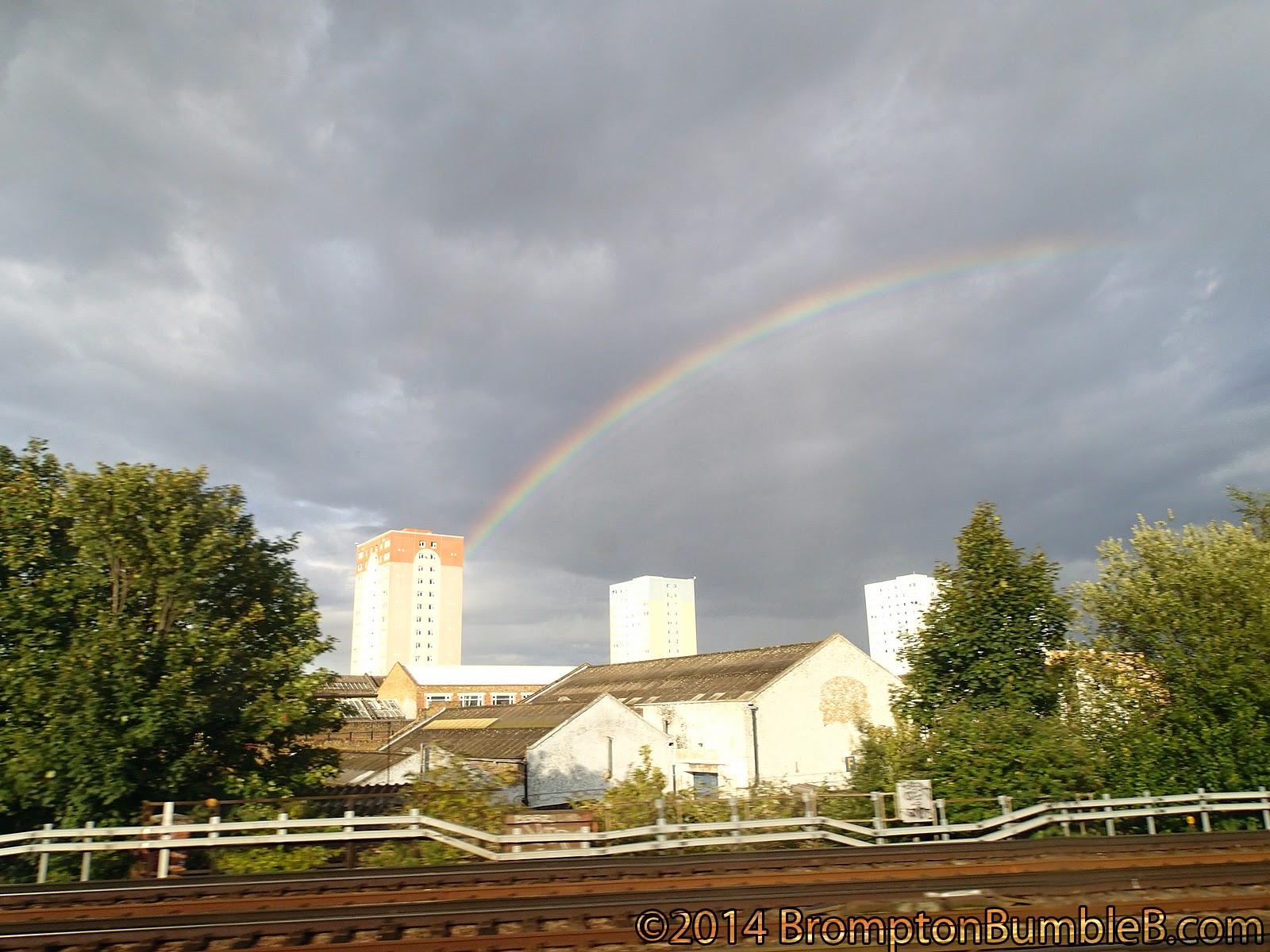 After saying our goodbyes me, my cycling partner in crime Mr. O & Racheal E headed down The Mall where I would go to Green Park Station & home.

Another great ride with my LBC Bromptoneers as always & felt like ages since I've ridden with my bud Mr.O.

Next weekend is going to be busy with a LBC ride on Saturday & A 52 miler Bikeaton on Sunday for charity.