Vulpine CycloGames at The Oval

Did something today that I'm not really proud of. I went without BBB to a cycling event.

This is the first ever time I have done this & it felt so wrong.

The Vulpine CycloGames event was at the Oval, E9 which isn't to far, I could have rode easily. But I didn't know the situation with security for BBB so I left him home. In hind sight I should have took him with me & went full on BumbleB suited to. More on that later.

I had a quick look around & came across the lovely folks on the Brompton stand,  They actually recognized me even without BBB. I soon learn that one if them actually worked on BBB's rear frame earlier this year.


After chatting for awhile I got talked into doing the fastest folding competition. Did it in about 10.30secs which was the fastest for about 20mins. 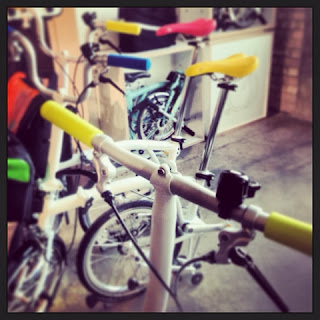 Found out that the guy on the right (I'm so bad with names) worked on BBB when it was in for his rear frame replacement back in February this year. 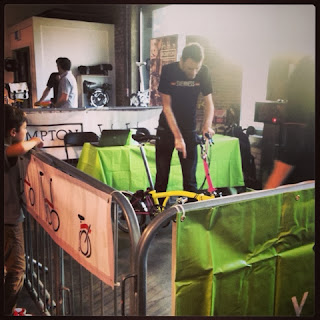 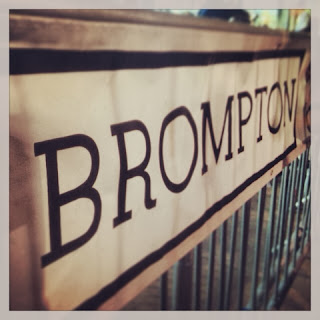 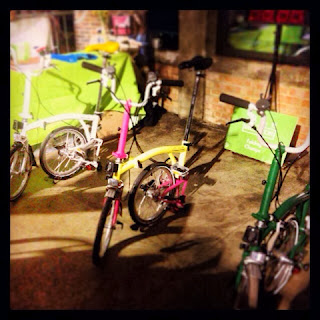 Having done my fold I went a wondering around the event. 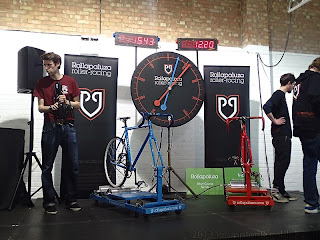 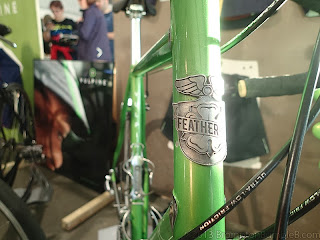 Found out that I actually got into the finals for the Brompton Folding contest.

There was 3 of us doing it at the same time. Under the pressure of doing it in front of a crowd I ended up being last. BUT afterwards found that the 2nd placed didn't tighten the seat clamp so hadn't actually finished the fold. We decided to flip a coin between us and I called heads and won & got pushed up to 2nd place. Not a good way to gain a place but I'll take it anyway.

Then afterwards came the "Vulpine Sartorially Superb Cyclist" basically finest dressed cyclist. I then found out that there was only 3/4 entries. I thought there would have been ALOT more and  thought you had to be invited kind of thing. Oh well next time I will know to just turn up fully BumbleB'd up & let the legend speak for itself.

I did feel like Clarke Kent, leaving BBB and my BBB suit at home though. Just ordinary, just human, every un legendary.....

All in all it was a good little event, hopefully it will be on again next year when I shall be in FULL legendary mode.
Posted by Brompton Bumble B at 20:57