The Duo returns to the fold

So this morning I was up at a decent hour instead of silly o'clock of the last few days. Heading into central London my plan was to use the underground to Oxford Circus & cycle to the meeting point of the London Eye. I made it in good time and saw my partner in crime OrangeBrompton already there waiting for me. I did notice a huge police presence on the way there so figured there was probably some more protests happening which have been going on for a whole week already.
We said our hellos and headed off down the Thames River from the London Eye. 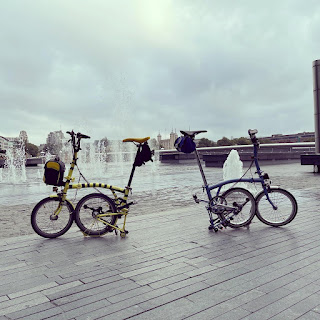 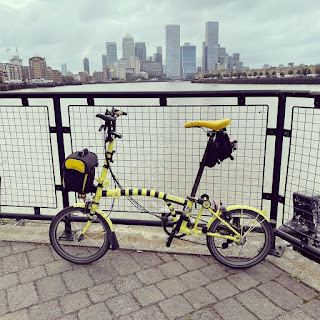 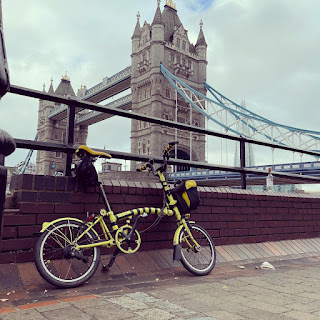 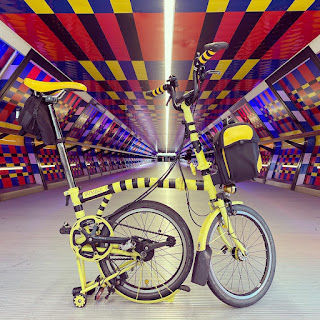 After I parted ways with Orange after our little ride along the Thames River I decided to cycle homewards. I was near Piccadilly Circus and was interested it taking photos of the #TuskLions that have been dotted around London.

The Tusk Lion Trail 2021
10 August – 24 September 2021
London, Bristol, Edinburgh – UK | The Hamptons – USA
Wellington – New Zealand | Nairobi – Kenya | Sydney – Australia
A global celebration of African lions and the people who live alongside them through exceptional art.
47 life-sized lion sculptures, designed and made by some of the planet’s foremost artists, musicians and sportspeople, are roaming streets around the world to highlight the threats currently faced by ‘the King of Beasts’, and to raise vital funds to support community conservation and livelihoods impacted by Covid-19 across Africa.
Curated by Chris Westbrook, this is an art trail like no other. The sculptures take you on a tour of iconic locations around the globe, from Piccadilly Circus in the heart of London’s West End to the forecourt of New Zealand’s Parliament building in Wellington. The lions bring to life the stories of these iconic predators as well as the people who work tirelessly to protect them.
Look out, world. The lions have landed! 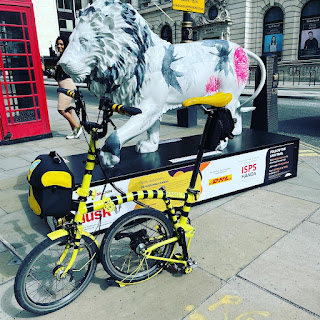 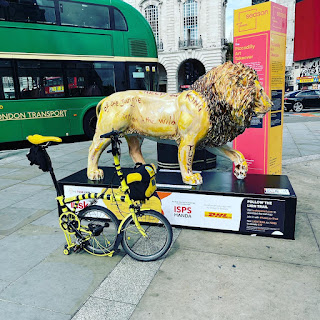 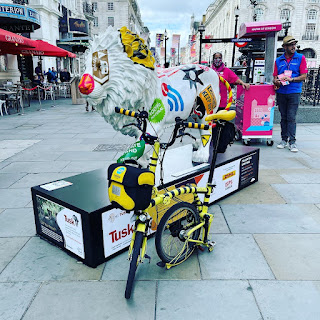 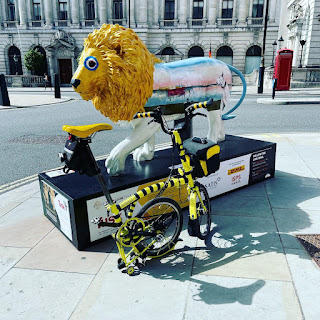 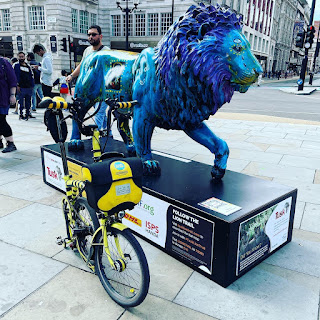 Would have liked to have gotten more of the Lions but the people and traffic was getting worse and noticed the police where getting a little more heightened and even saw the beginnings of a few protesters and events starting to form.
Once again a good little ride and more to follow in future I'm sure as well as longer rides to as my fitness level gets better over time.
till the next ride, bee safe.....
Posted by Brompton Bumble B at 20:54