So I heard about this Gaming Show from a fellow streamer on twitch and though this would be a good opportunity to get into the gaming world and see whats out there.

"The UK's Biggest Gaming Event Everything you love about gaming all under one roof, EGX returns to London for 2019! Get down to the ExCeL Center on 17th - 20th October to play major unreleased blockbuster games, hundreds of incredible indie games and much more. What are you waiting for?"

So with an intro like that how could I not go. At the very least I could have some hands  on  a few things I have my eye on to make my gaming experiences more enjoyable.

Sp suited and booted I headed off. This time though I had to leave the legend behind as there probably wouldn't be anywhere to park him safely.

Arrived at the ExCEL exhibition halls and began the queuing process. I have to say I expected it to take a VERY long time but the line moved pretty damn quick. I guess the staff at these places been doing it for a long time and know how to get people moving. 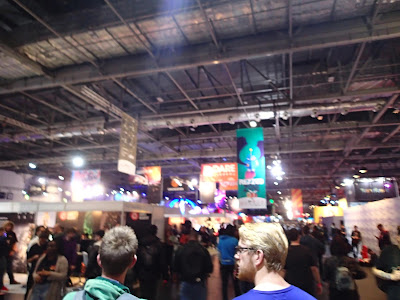 Wasn't exactly sure what to expect, I've been to conventions before in the past but not so game/tech focused. I would at-least get my hands on some games & equipment in development. I've actually looking for  new gaming chair / driving / flight style cockpit 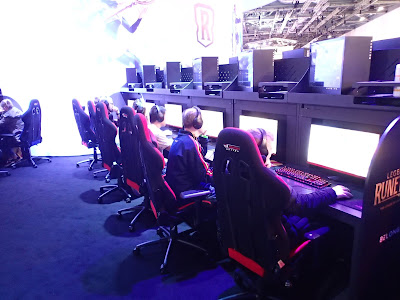 Managed to have a go in one of these GT Omega chairs. I have to say they ffelt pretty good and be looking even closer at these in time. 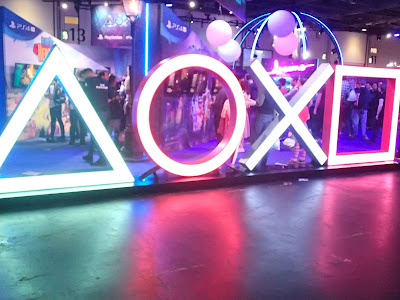 Came across the HTC VIVE van which I thought was pretty cool. Full standing VR in the back of a van with green screen so when you watch though a camera it looks like your totally in the game itself. Great for streaming and making videos. 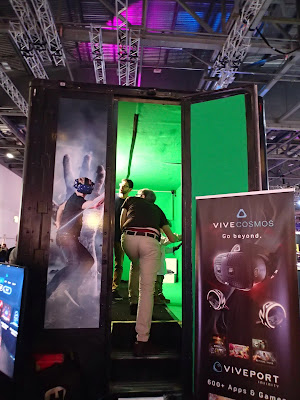 While wondering around how could i know spot this glorious gaming chair? Its my exact colours and was actually up for a competition . Just take a selfie and tag it and I was in for a chance to win it. 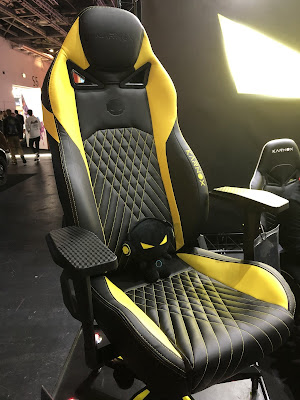 I did like the little guy sitting and already had a friend of mine call dibs if I do win it :D 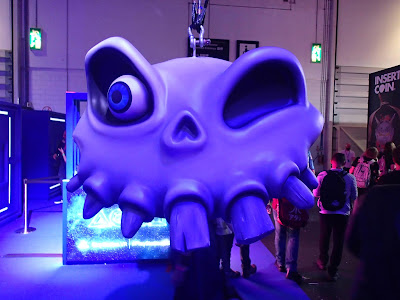 These predators where hunting at the show to. Pretty scary and pretty damn convincing too. More info here https://twitter.com/uk_avp


I was tempted to buy these but I'm already pretty damn cool, well so i tell myself anyways :P 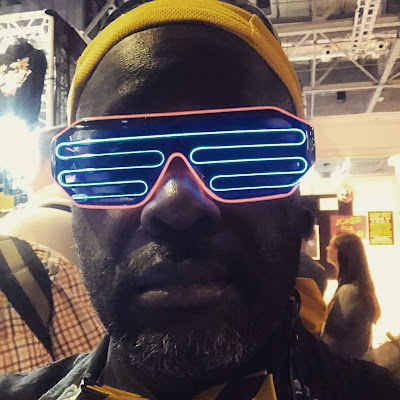 Wish I had as much energy as the Energiser Bunny. 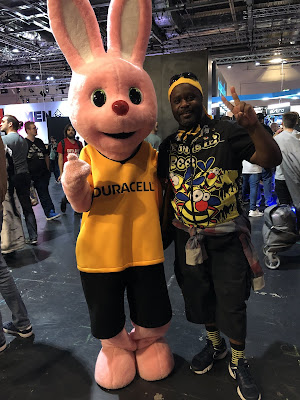 Some serious looking custom hardware at this show to. Man I love this one with the yellow water cooling :) 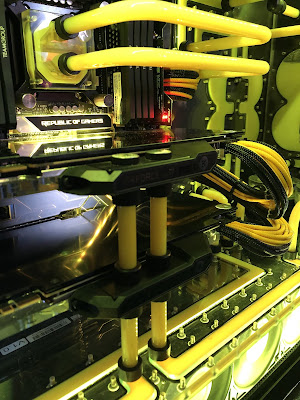 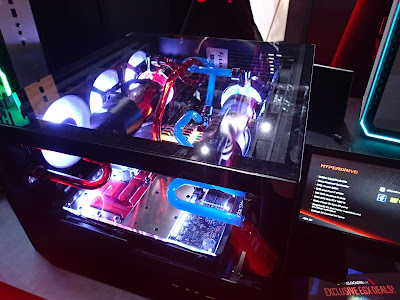 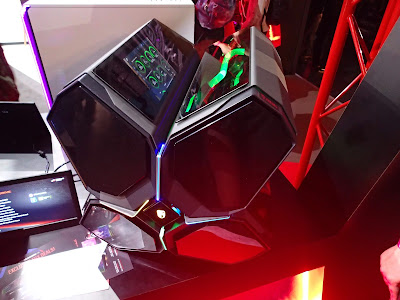 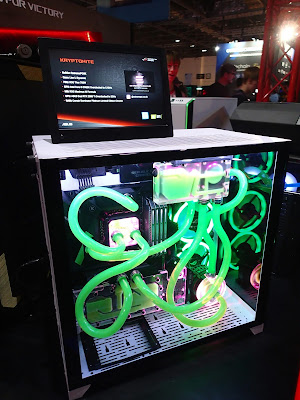 This one looks a little like mine does with the yellow mesh on ;) 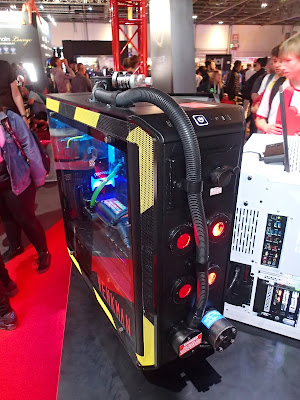 Ghostbusters slimmer getting in on the act. 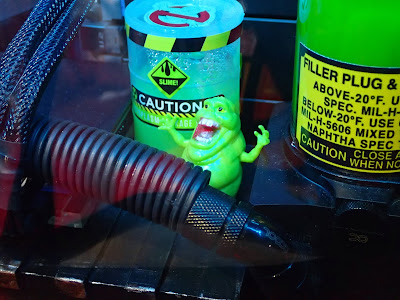 This was my first ever computer the BBC Micro. Man I loved that thing and got me interested in computers. 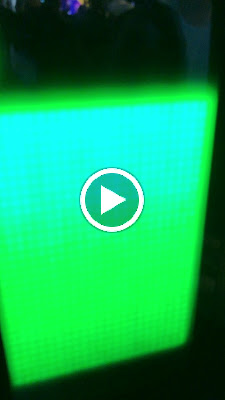 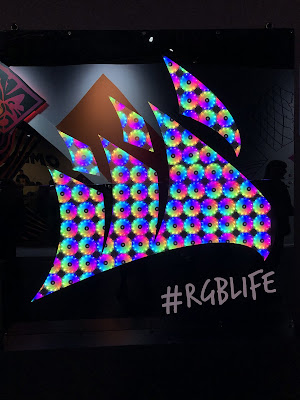 I'm always making new friends, this time though the bear wanted to come home with me to meet the rest of the Bee family :D 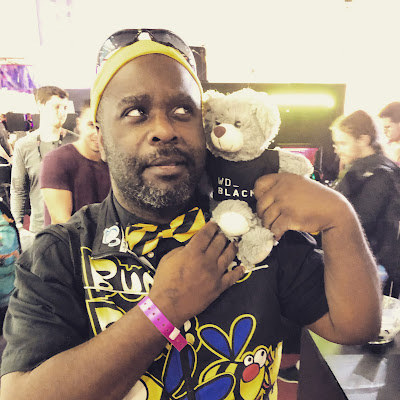 I wish I was sponsored by a even one of these companies, never know in future. 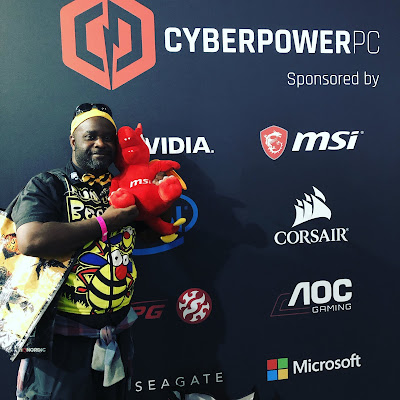 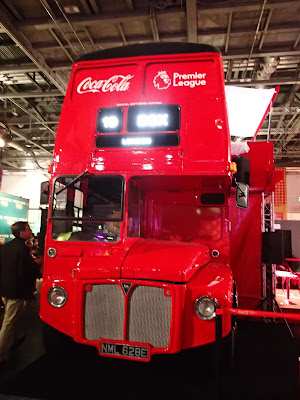 One of the main reason I came was to see if I could try out any car racing simulators that I could actually have at the HiVE. I tried the PlaySeat pictured below but found it extra hard to get in and out of the seat as its pretty low.

I already have a wheel stand from GT Racing that is modular which I'm trying to get more information on as I see they have a racing seat addition & also an experimental flight stick add on which would set me right up for all the games I play. 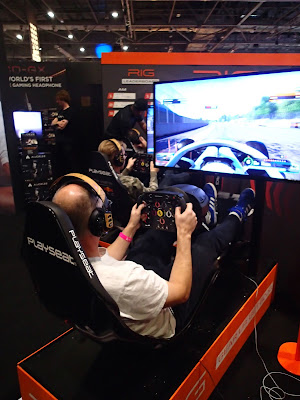 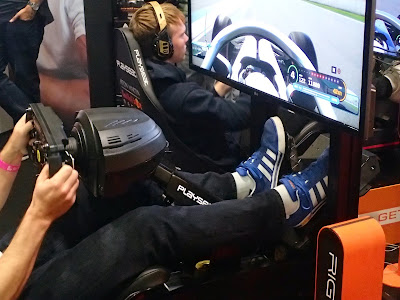 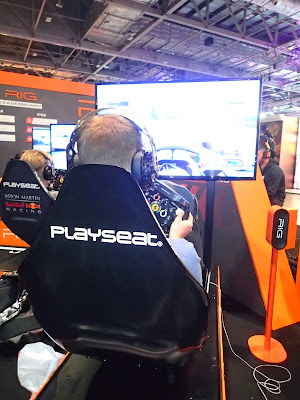 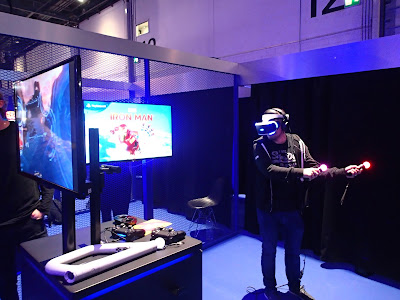 Well that was my first gaming event. Was alot of fun and EGX2019 was pretty good and i will be back again next year.