One thing that has always gone well together has been cake & cycling. Because your was cycling you have no guilt in having the odd cake or 2 along the way cause you knew you could burn it off later.So bikes and cake go together so well.

So meeting up at bird cage at Kings Cross we started to gather. Most of the bromptons I haven't met before but a couple that I have met before where greeted with hugs as always.


After a brief safety talk we set off. I kind of naturally fell into the back marker role as I noticed a few of the riders may not be used to London traffic. 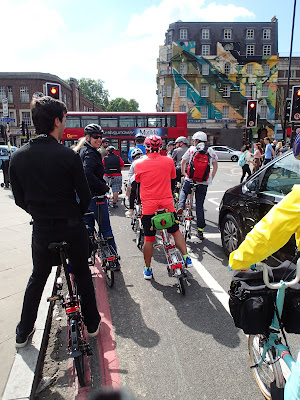 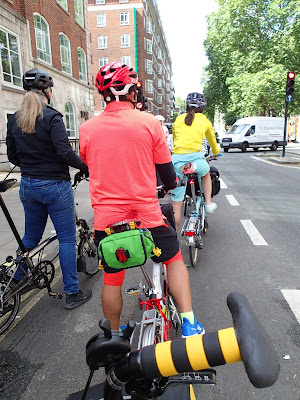 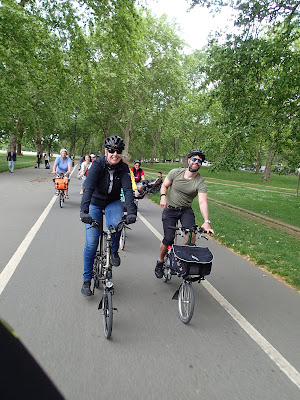 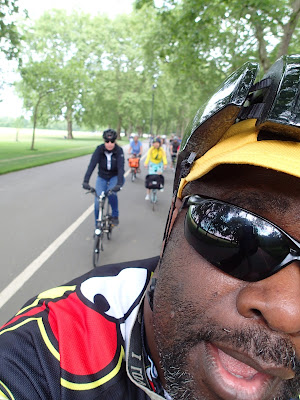 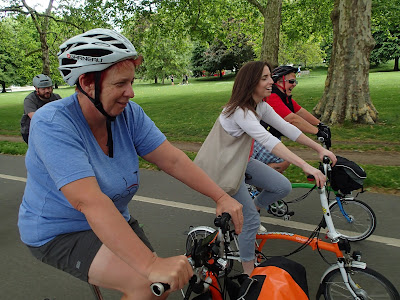 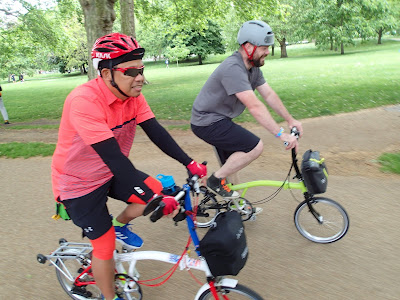 Our first stop
Dominique Ansel: this Victoria located bakery serves up the ‘Cronut’, a cross between a croissant and a donut. https://dominiqueansellondon.com/ 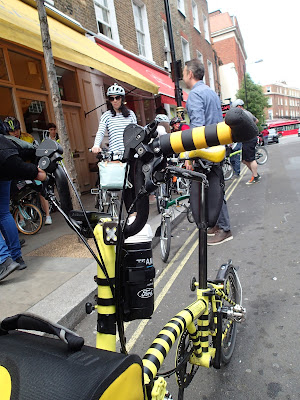 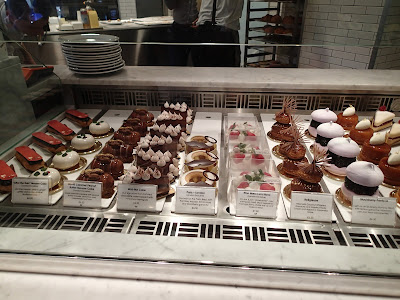 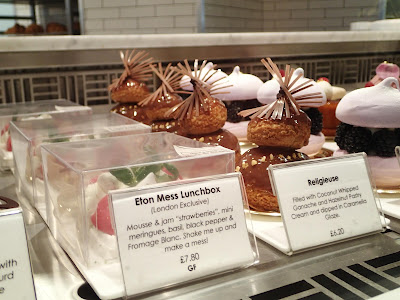 We were lead not too far to a local park where we could enjoy our purchases.


Next up,Maître Choux: outrageous blinged-up eclairs. After we get them we can sit down to eat them in the nearby Soho Square. https://www.maitrechoux.com/products/


Before I could purchase my eclair I had to make sure the Bromptons where parked properly, my OCD was kicking in big time.

Once again we headed to a park close by to eat. mmmmm 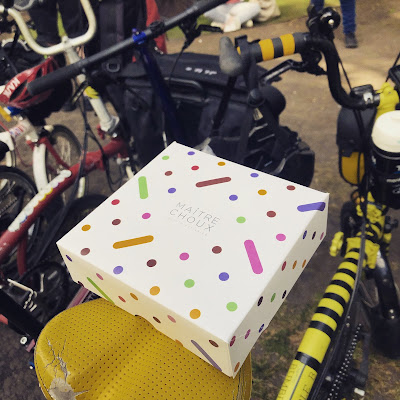 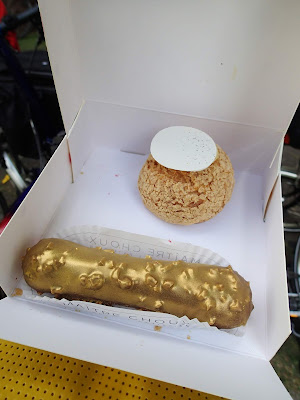 Does my butt look bigger after just a couple of cakes? :D


Ottolenghi: this Islington based bakery is famous for its meringues, we can take our cakes to a nearby secluded square to eat them. 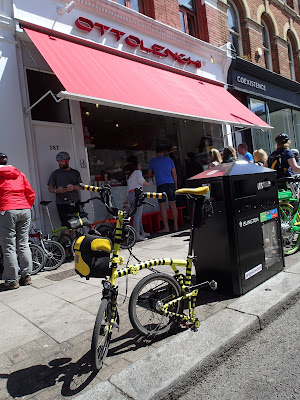 This leads neatly on to the nearby...
Hanbury Arms: a hidden away pub with stone baked pizzas and plenty of room for our Bromptons. 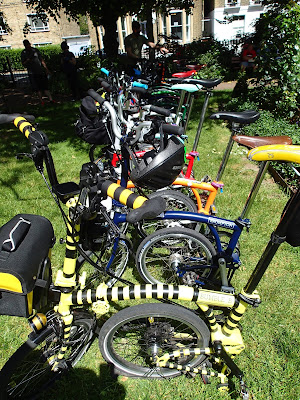 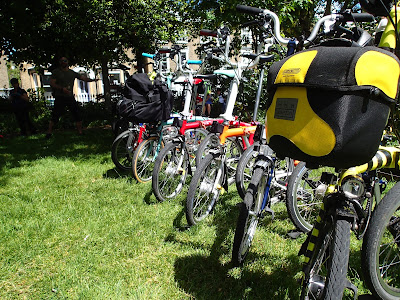 I think was in abit of a coma by this point ahd didnt get any photos of the pub. I didn't have a pizza either as i was still stuffed.

For my first LBC Ride in along time it was a nice relaxing time for me a good way to ease into it. I did miss some of the core LBC members but i know it time I will see them soon.

BIG thanks to everyone attending this ride and also to  Paul Ratzker for planning and leading the well thought out ride. Kudos my man Kudos.

til the next ride, bee safe x
Posted by Brompton Bumble B at 12:55