Today me and the legend attended the Bromprix 2017 at Cyclopark in Gravesend, Kent.This event was organised by a member of the London Brompton Club,  Steve Chopper.

It was a short trip on the train from my local station. I managed to find  Chun-Han Chan & hubby as we aimed to get the same train to Gravesend. 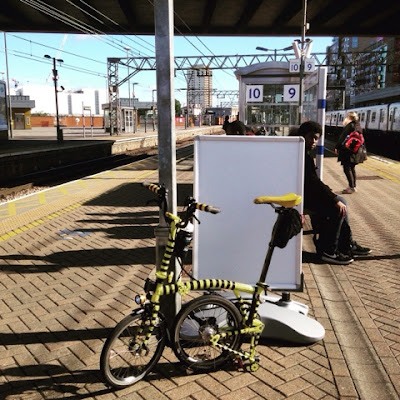 When the train did arrive we found a few other LBCer's heading to Bromprix 2017 and didn't even have to search the train, pretty much stepped onto the same carriage. 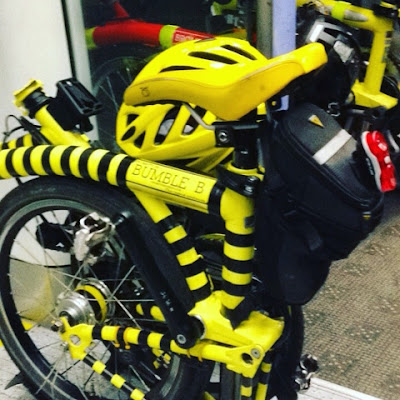 After a 20 minutes or so we arrived in Gravesend. I remembered being in Gravesend after a night ride a few years ago.

Jenny suggested heading to where the statue of Pocahontas. Never even knew this was here. 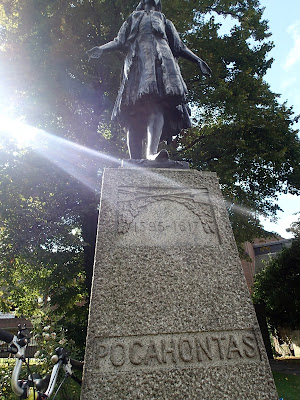 We heard that Chris B was in a nearby cafe called Promenade Cafe so we all headed over to get some food before heading to the Cyclopark.

I felt hungry as hell so we headed over there to have a quick snack before heading to the Cyclopark. I ordered up a awesome milkshake, Rhubarb crumble & Rum and raisin ice cream with ofcourse whipped cream. 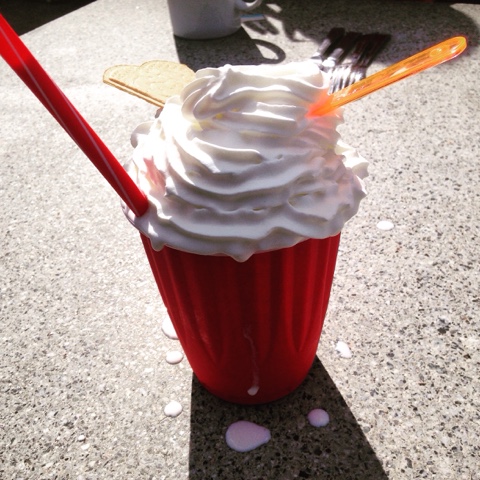 Another thing I saw on the menu was pancakes, I thought I'd order up some thinking there where going to be something relatively small but BOY was I mistaken. 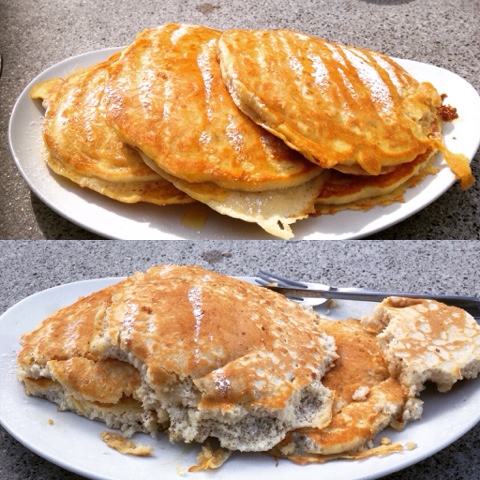 Even though I was warned by the staff at the cafe nothing could prepare me for what hit the table. I made a damned good attempt at them but DAMN it was all to much for me. Next time I should take heed of warnings.

It was then time to head off to the Cyclopark for the main event. 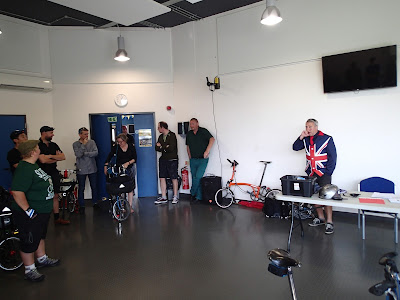 Steve Chooper, the event organizer had everything completely under control and gave us a brief outline of what was to happen. Also the first aides and track folks gave us a little talk about the Cyclopark itself and places to look out for.


Then it was time for a little practice lap around to see how the track felt and I have to say it is a very good track and just under 1 mile in length. 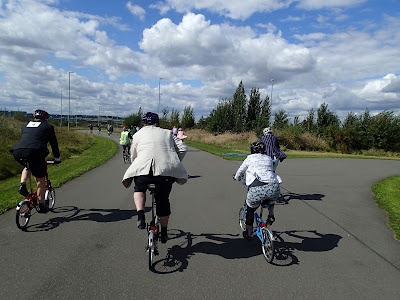 The weather was pretty much perfect for the day, nice sun with a little cloud so it wasn't to hot so we could easily wear our jackets for the race itself. 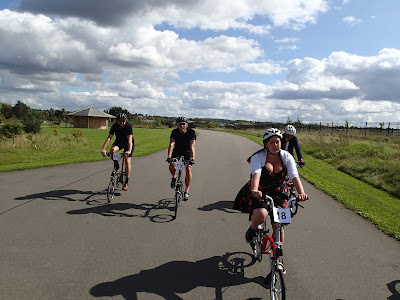 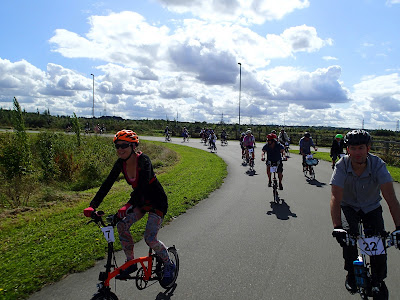 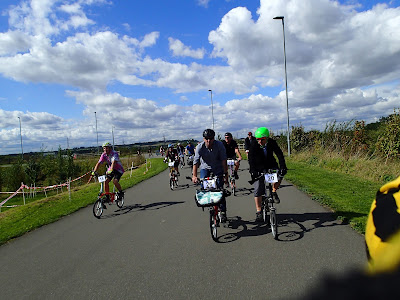 When we finally got to the racing I had a lighting brompton start, I couldn't believe it. with the Bromptons folded I had BBB unfolded and I was off down the track before anyone else. I was pretty much at the first corner which was some distance away before any one caught me and past me. I wasn't surprised at this as I'm pretty unfit and haven't done any proper rides or training for the last couple of yrs. After that I just took it easy and took in the views and chatted to a few who passed me. 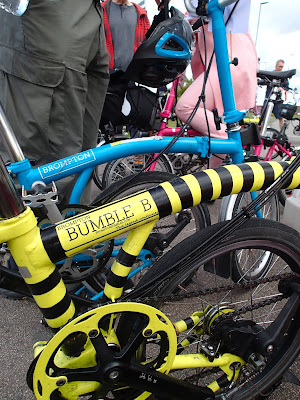 After main race was over there was also a time trail which was fun to watch. 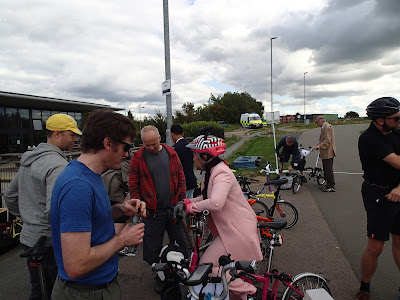 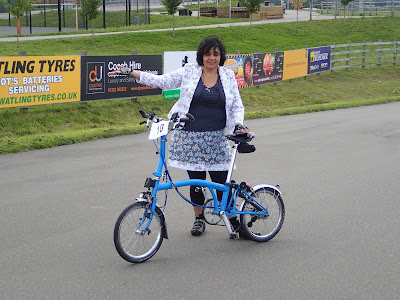 For attending the Bromprix 2017 everyone got a wonderful stitch badge of the occasion which I totally loved. This was actually designed by Steve Chooper himself and I think it looks awesome. 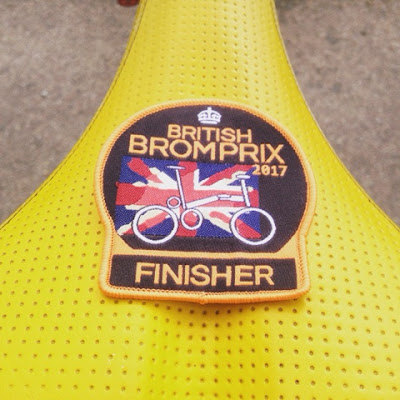 Just before we was heading back to Gravesend Station it started to rain quiet heavily at times but most of us waited til we thought it had finished and then made a mad dash to the station. 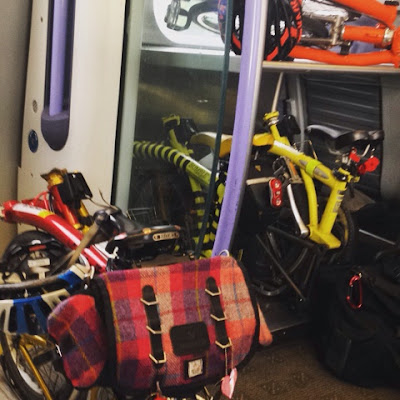 Cycling home I was greeted but a huge rainbow which I had to stop and take a picture off. This is the best one of the lot I took, can be pretty hard at times. 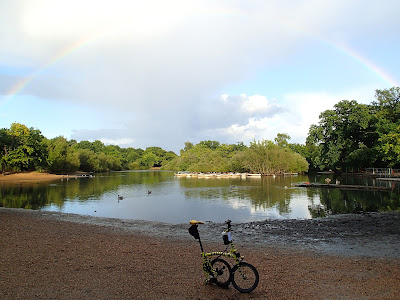 My cycle data of the Bromprix 2017