Thames River Figure of 8 with the LBC

It feels like it has been a long time since we've been on the ride with the LBC & we was looking forward it after missing the London Classic 2015 last weekend which is still abit of a sore subject with me.

As always I fueled up with porridge, a banana and was ready to go. On my way to the station I was stopped by a roadie who commented on Bumble B. He said that Brompton's were pretty expensive but I replied they are not expensive for the convenience & you can always use public transport if needed and never worry about leaving it locked up outside cause you can take it in most places where its safe and warm. As got to my station, I jumped off, folded BBB and went on the underground :D

Came out of the station with time to spare which isn't normal for  me to get to the meeting point at the London Eye just around the corner. There where a couple of others waiting already & I even got there before David and Anne arrived which is got be first but only by a few minutes.

We waited for about 10 minutes to see if there where any late arrivals even saw flash of OrangeBrompton as he was heading to the TweedRun at a secret location in central London.

We gathered for David's customary briefing about the ride and we set off heading along the Southbank. 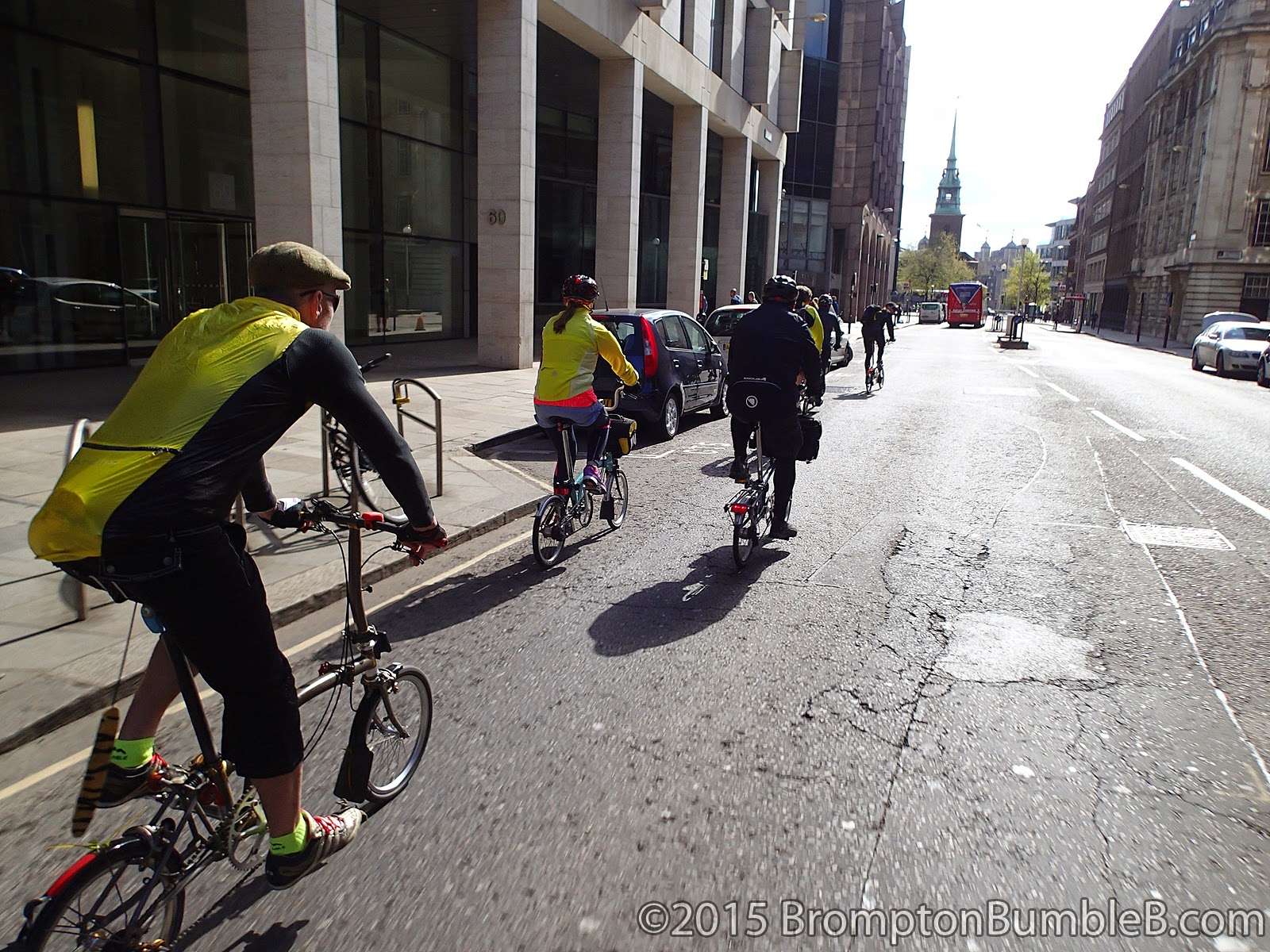 Stopping a couple of times for photographs on a sunny slightly breezy day at London landmarks. 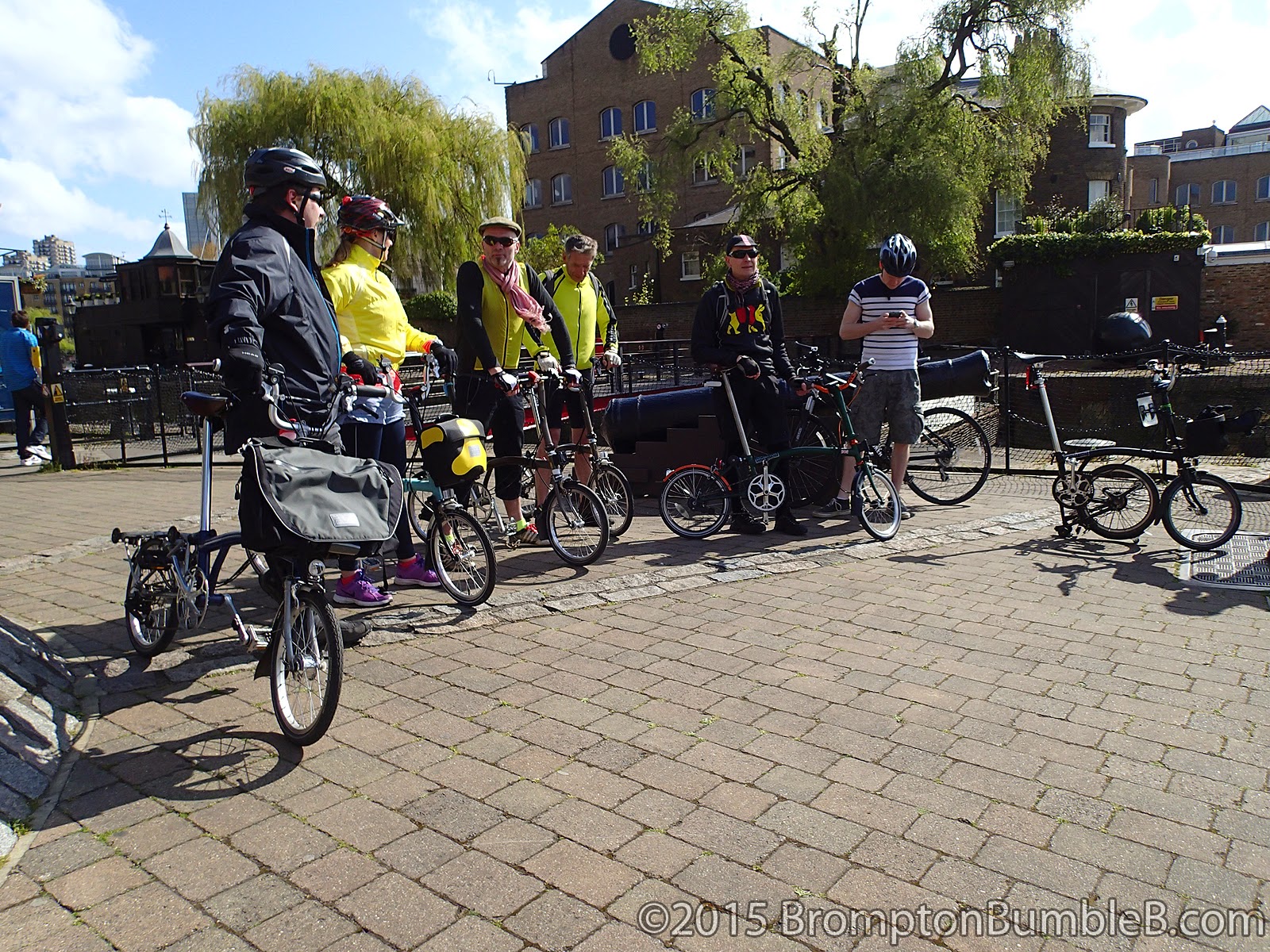 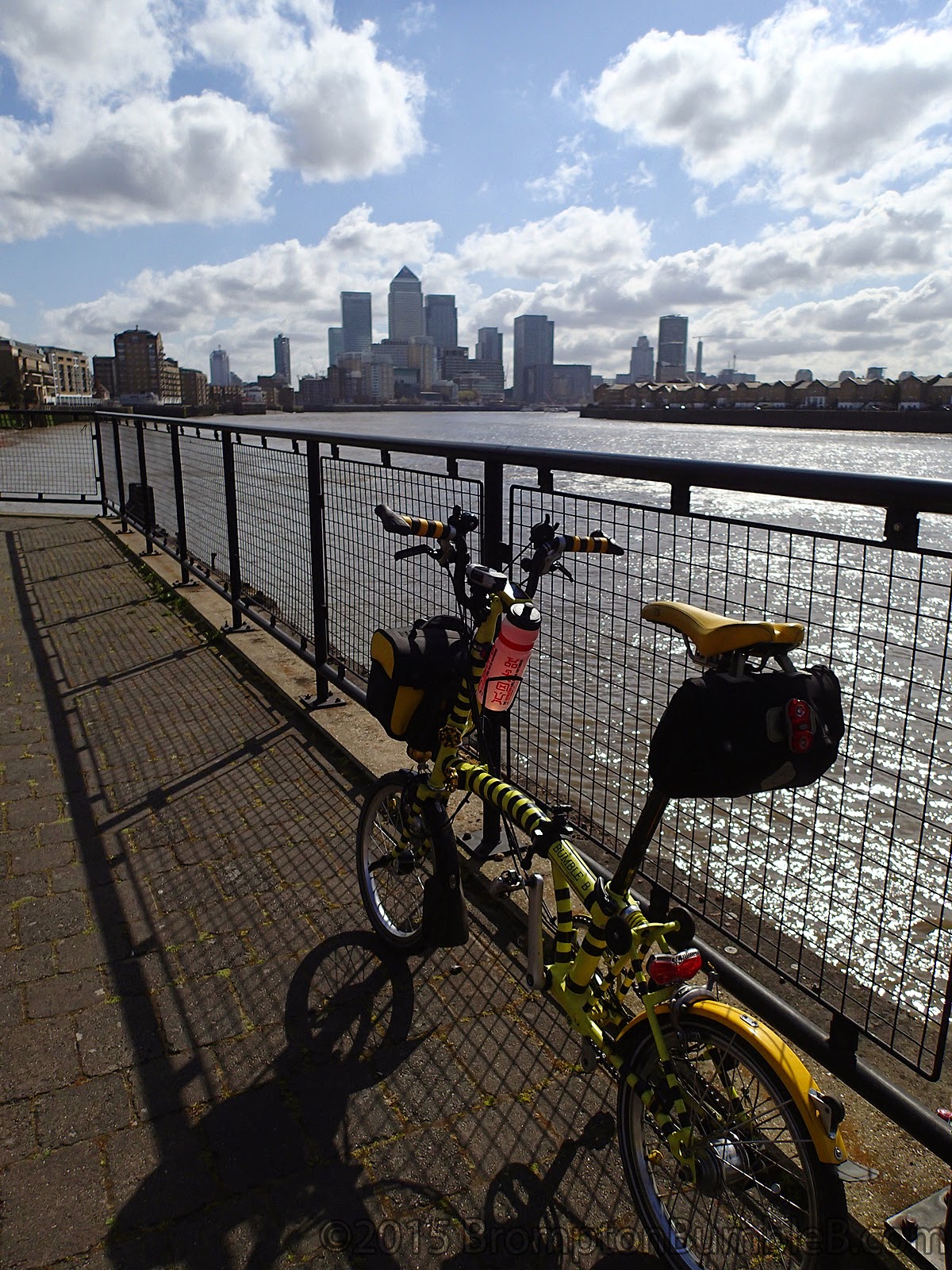 Beside the Thames, Canary Wharf in the distance 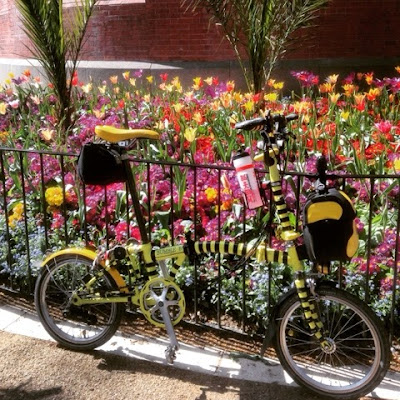 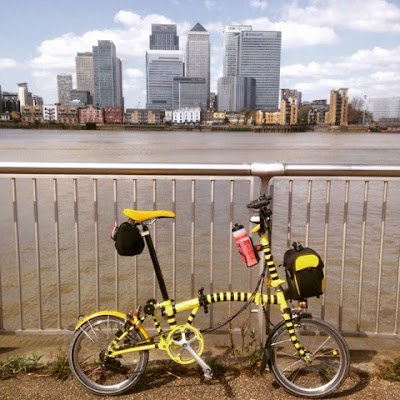 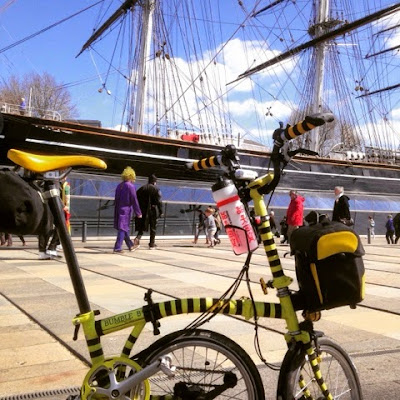 I always like seeing the Cutty Sark but must come here when its night time for some night shots. I don't even know if its lighted at night would look great though I'm thinking. 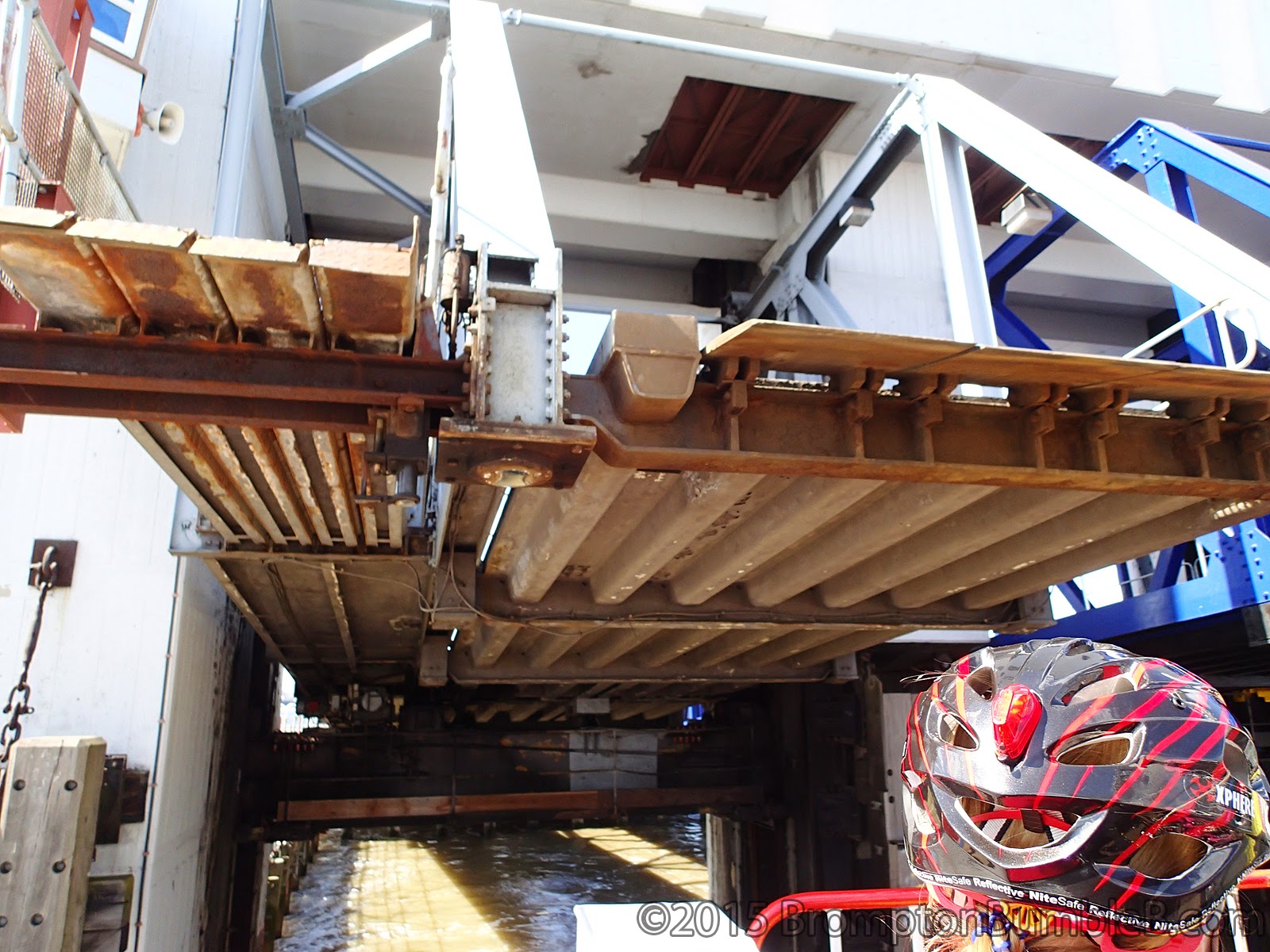 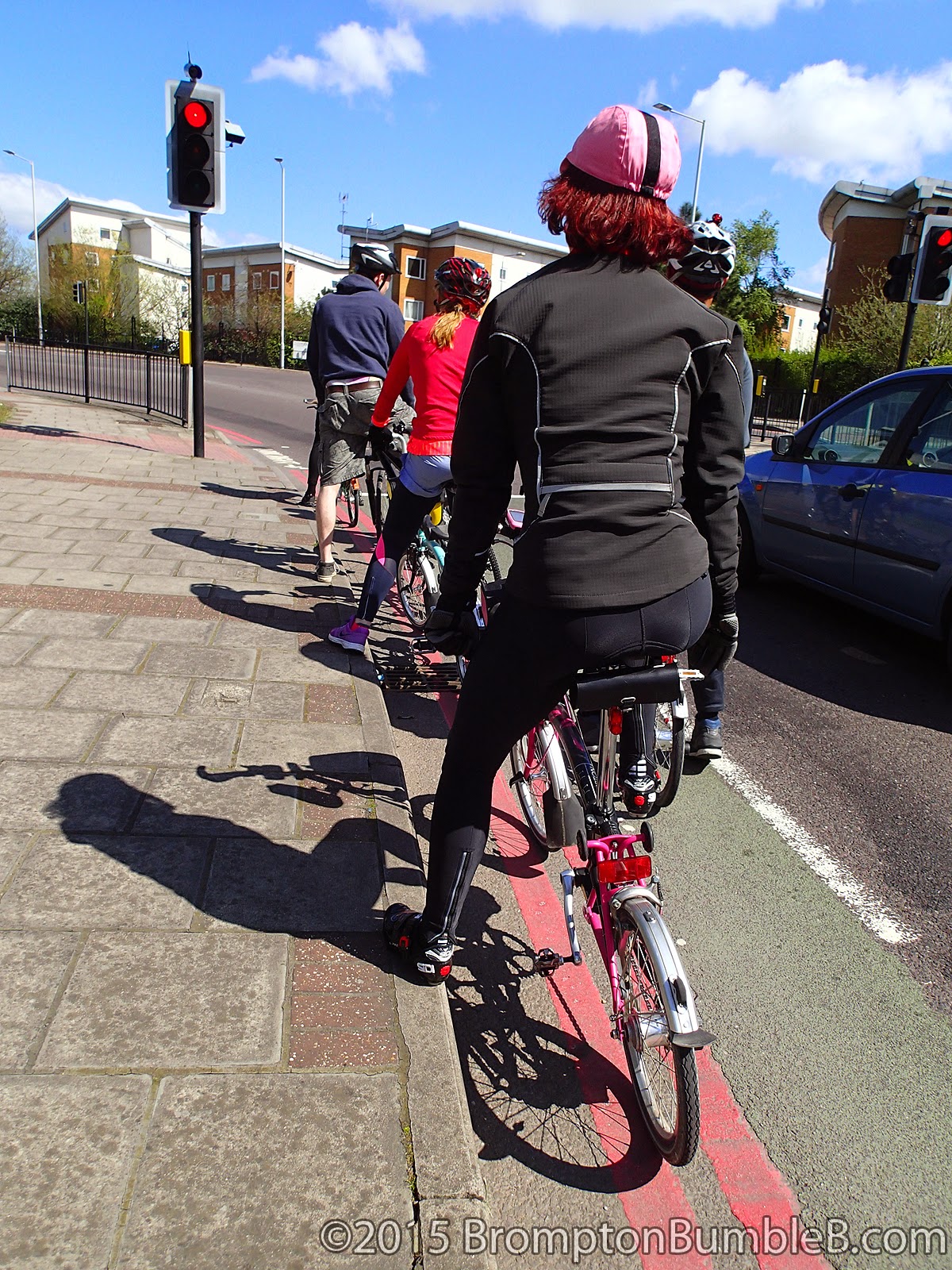 David took us on a different route to what we've been on before & right past London City Airport & ExCeL London. 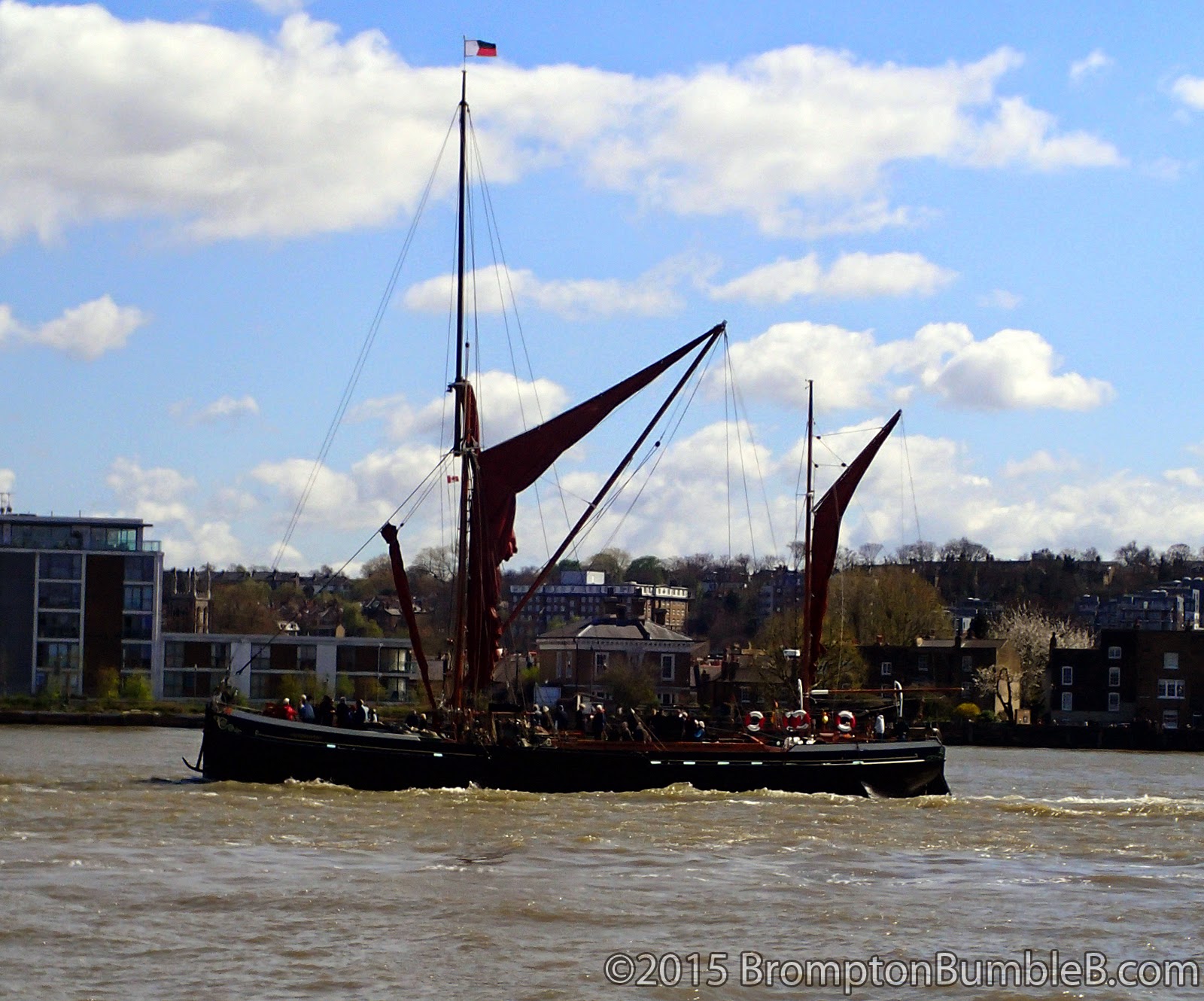 When we came out of the Greenwich Foot Tunnel on our return back to the London Eye we caught Ben Lovejoy who was leading another ride that started later. 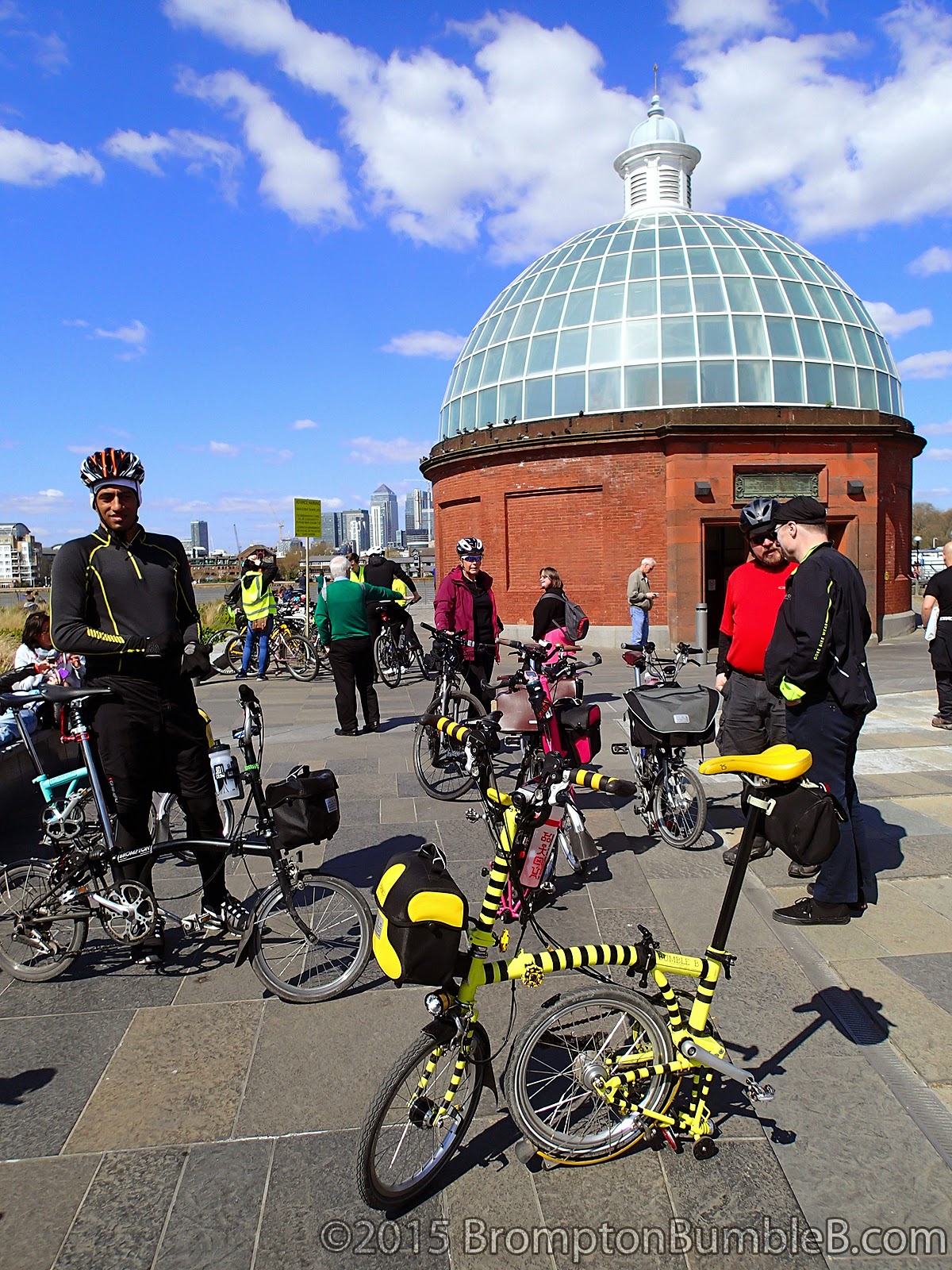 Another quick group shot before we headed off back towards the London Eye, South Bank. 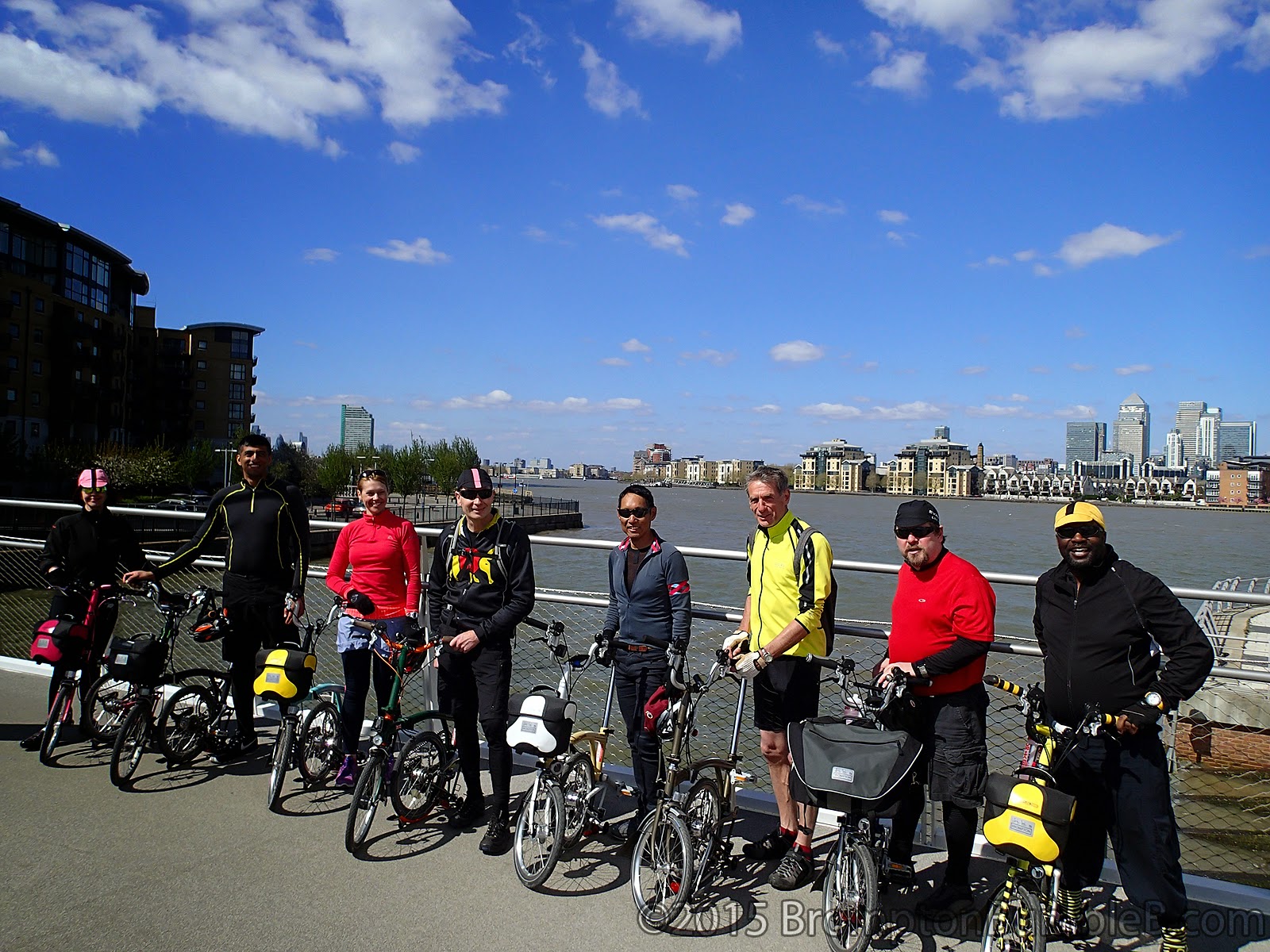 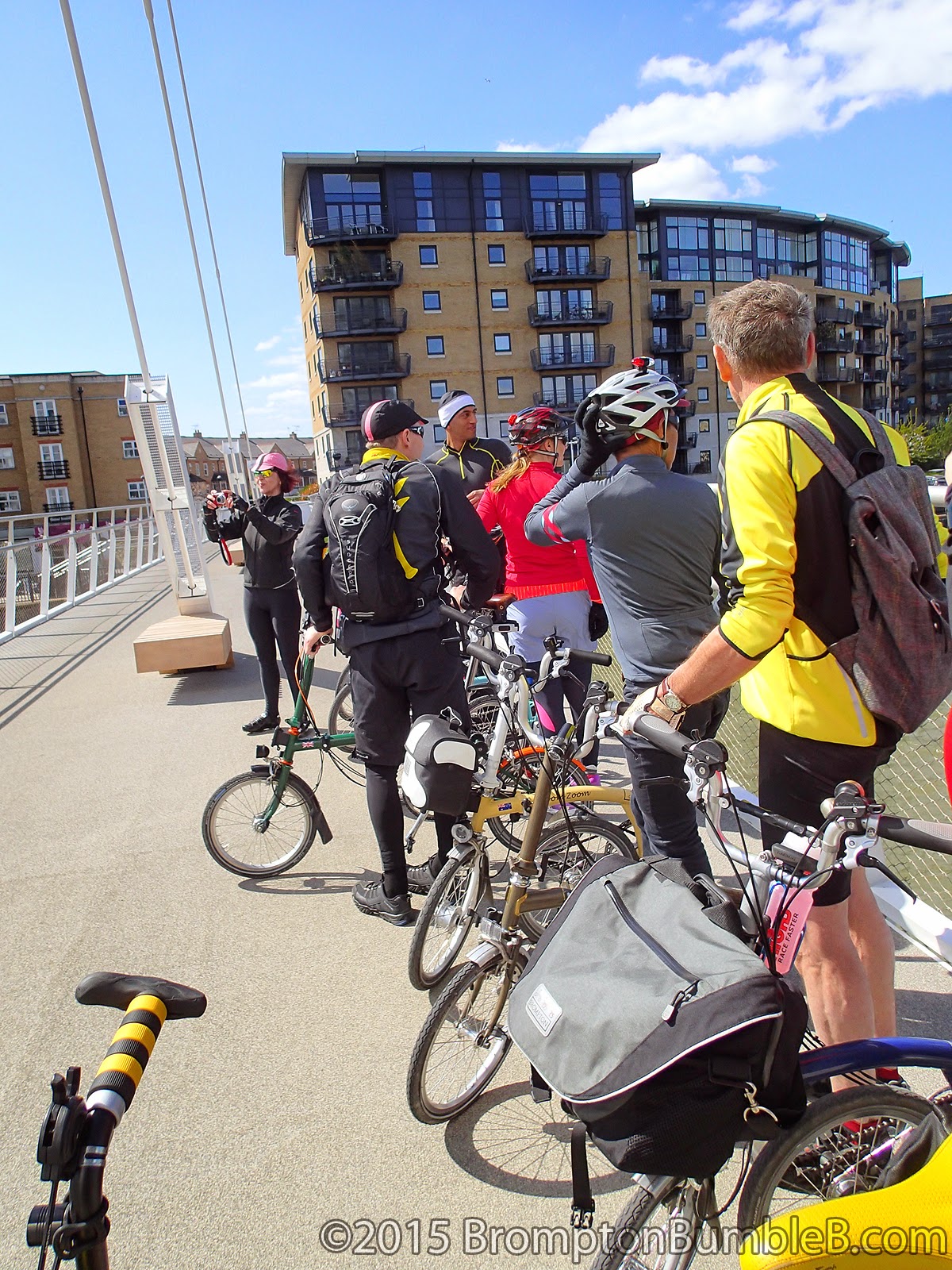 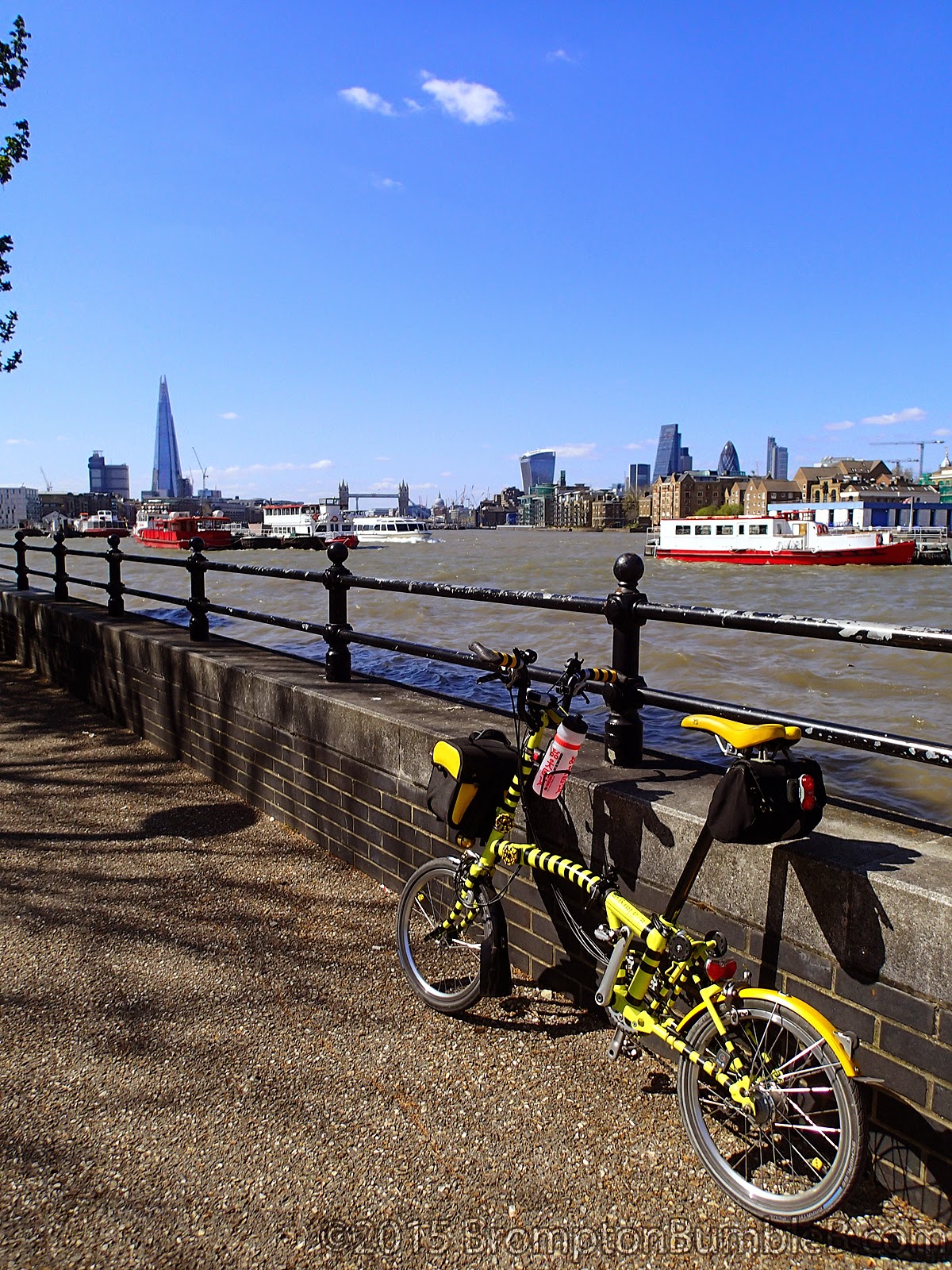 Another great ride with my London Brompton Club buddies, weather was pretty much perfect and can't wait for the next ride.