Yesterday the kinds folks at Brompton Bicycles organized a ride from their shop Brompton Junction near Convent Garden & a visit to the Brompton factory in West London.

These visits are great as you can see where every single Brompton bicycle has been made even your very own B if you have one.

Numbers where limited to actually have the tour of the factory itself but I joined for the ride and to see a few of my Brompton friends.

Before the ride though I wanted to visit the Queen Elizabeth Olympic Park where Transport for London where showing of ALL 60 bus sculptures that will be auctioned off for charity in the spring. The charities involved are Kids Company, Transaid, London Transport Museum

Presented in partnership with Wild in Art, the Year of the Bus Sculpture Trails brought businesses and artists together to create a series of free and accessible public art sculpture trails across London in 2014.

I have to say it was great seeing all the sculptures again, it was like seeing old friends that I had visited while on a cycle touring. Links to my past blog posts about the bus trials are below with my friend Daniel. 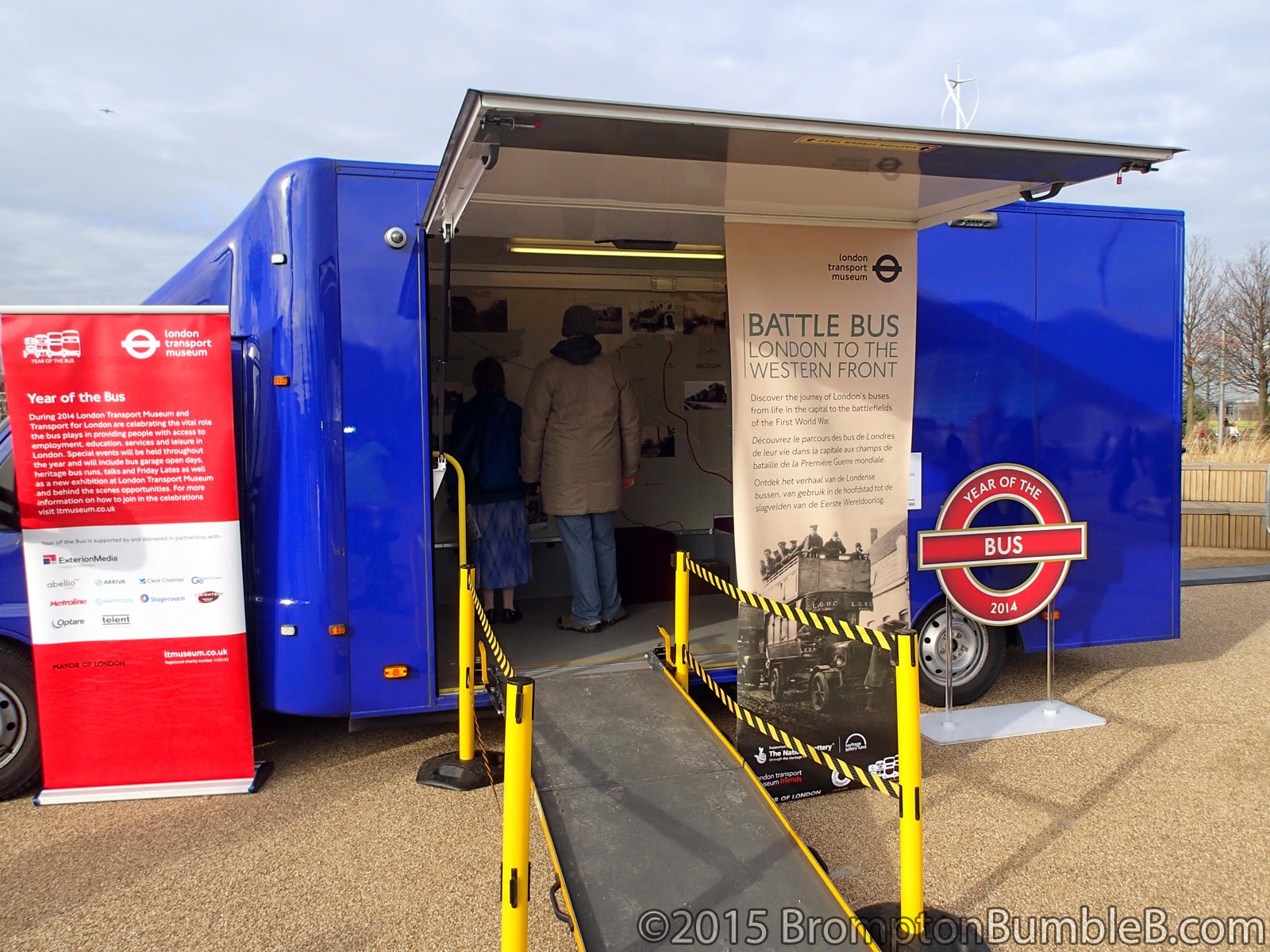 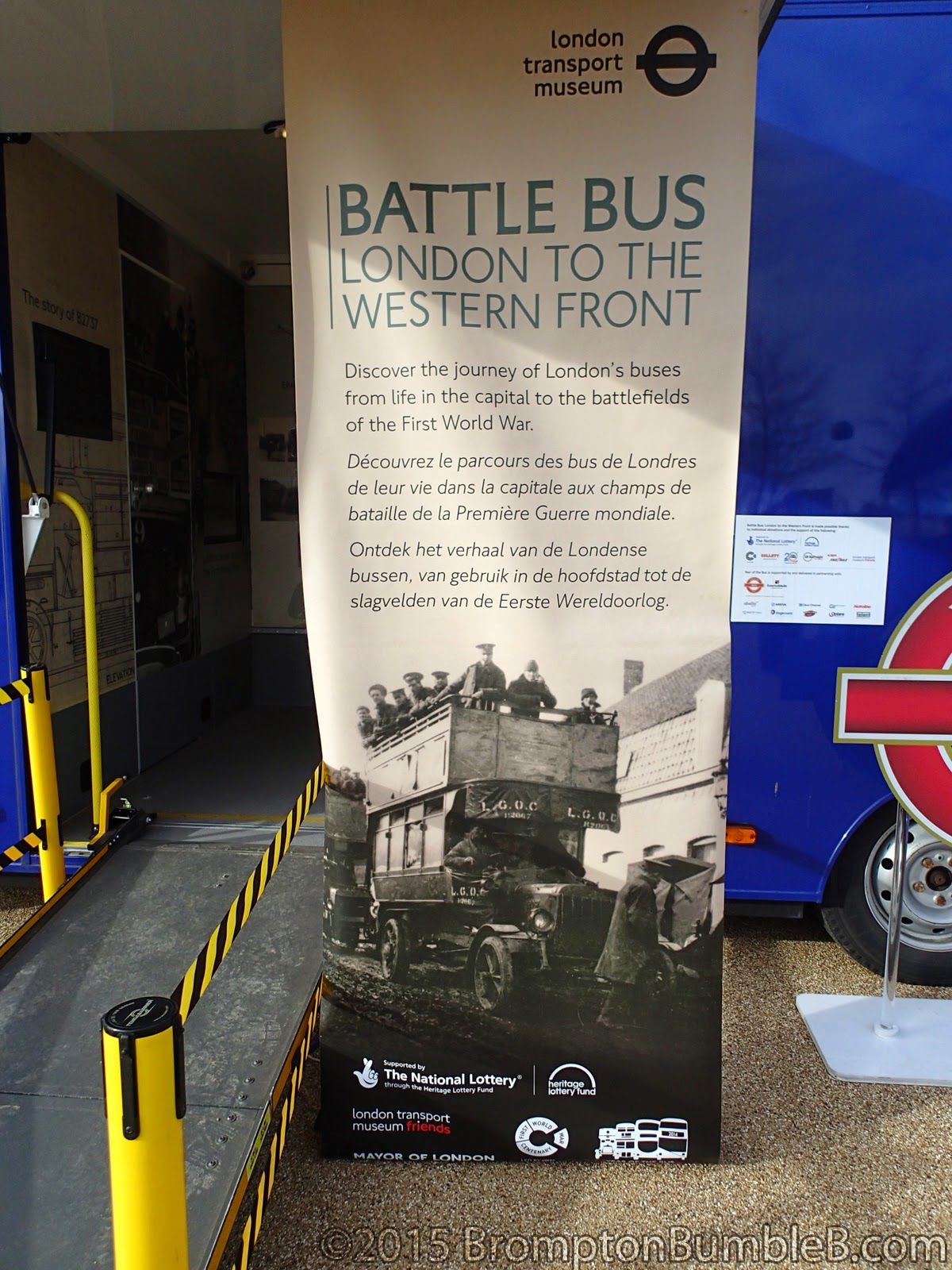 I got there a little later than I planned so it was pretty busy with lots of families and a few bus spotters  enjoying the sculptors & the park. 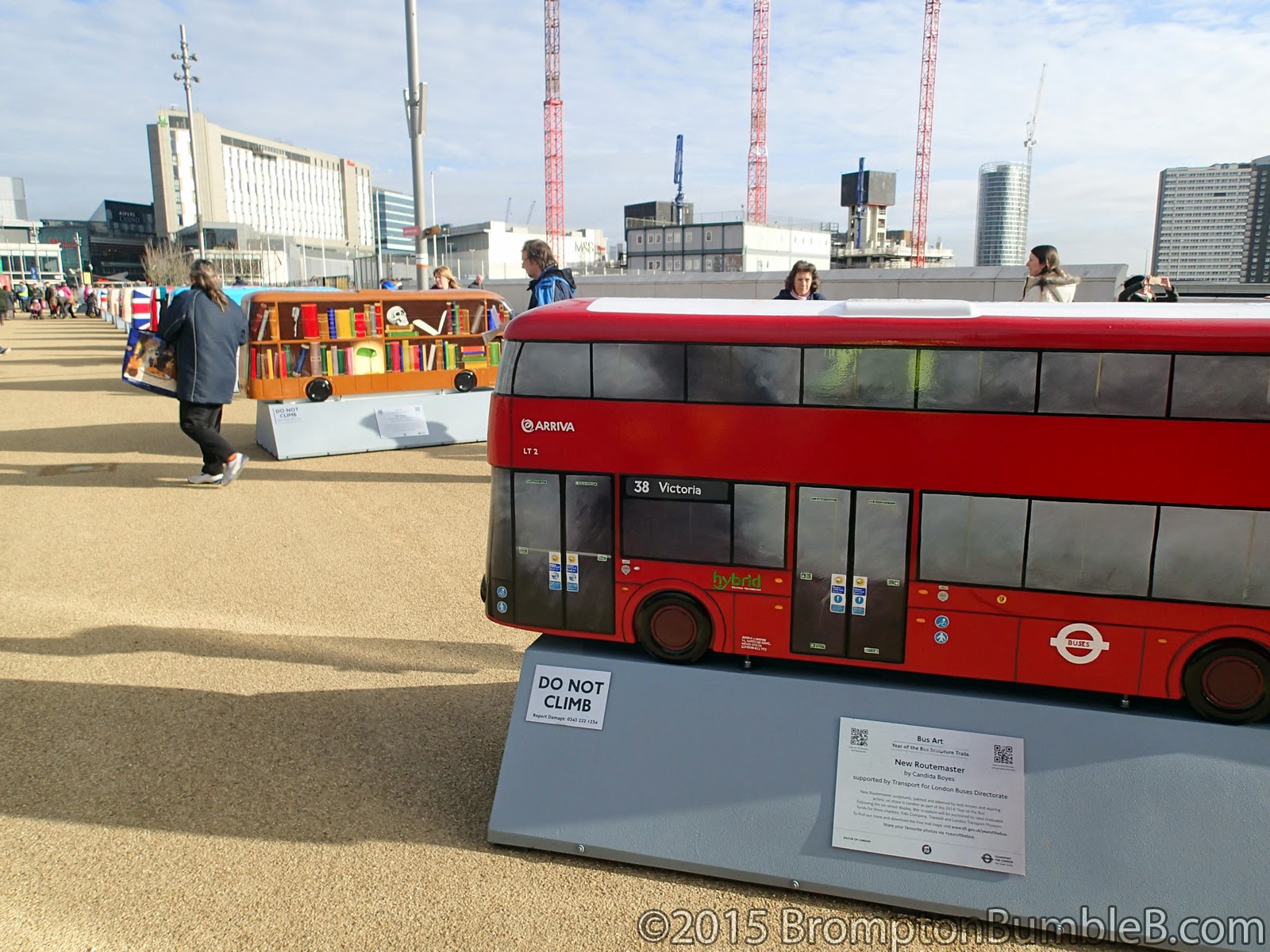 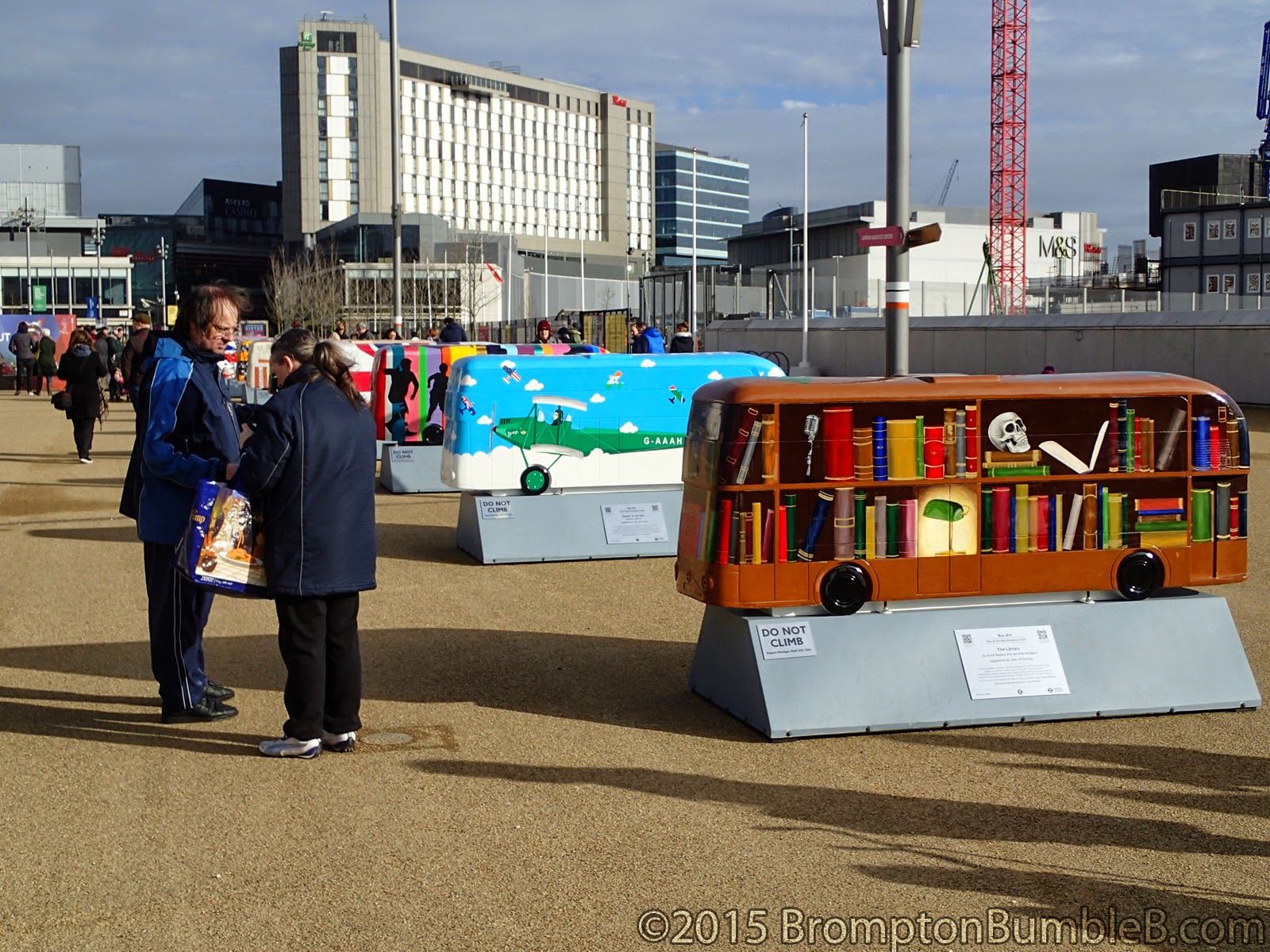 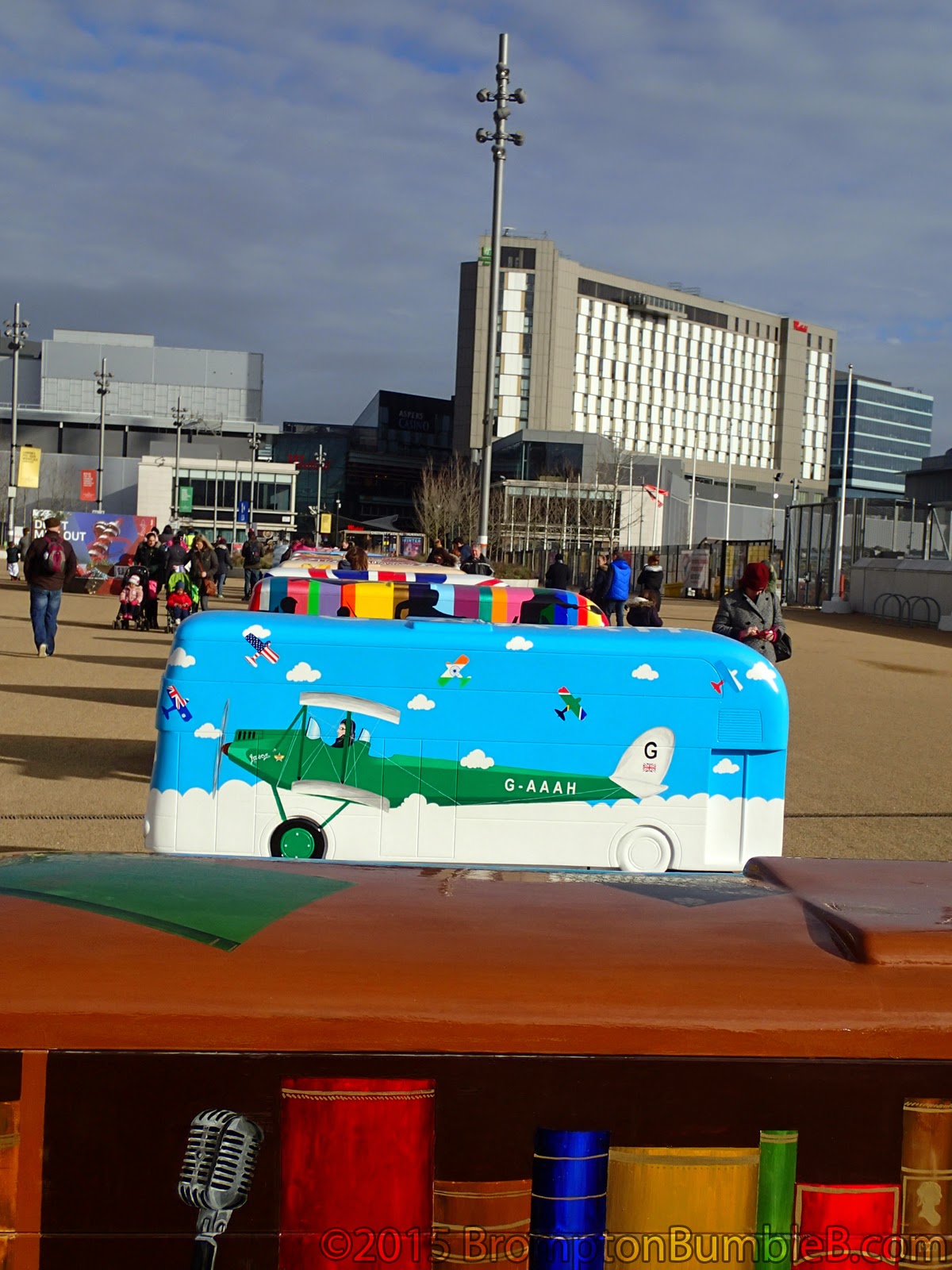 One of my favourite buses, can't see why though, can you? 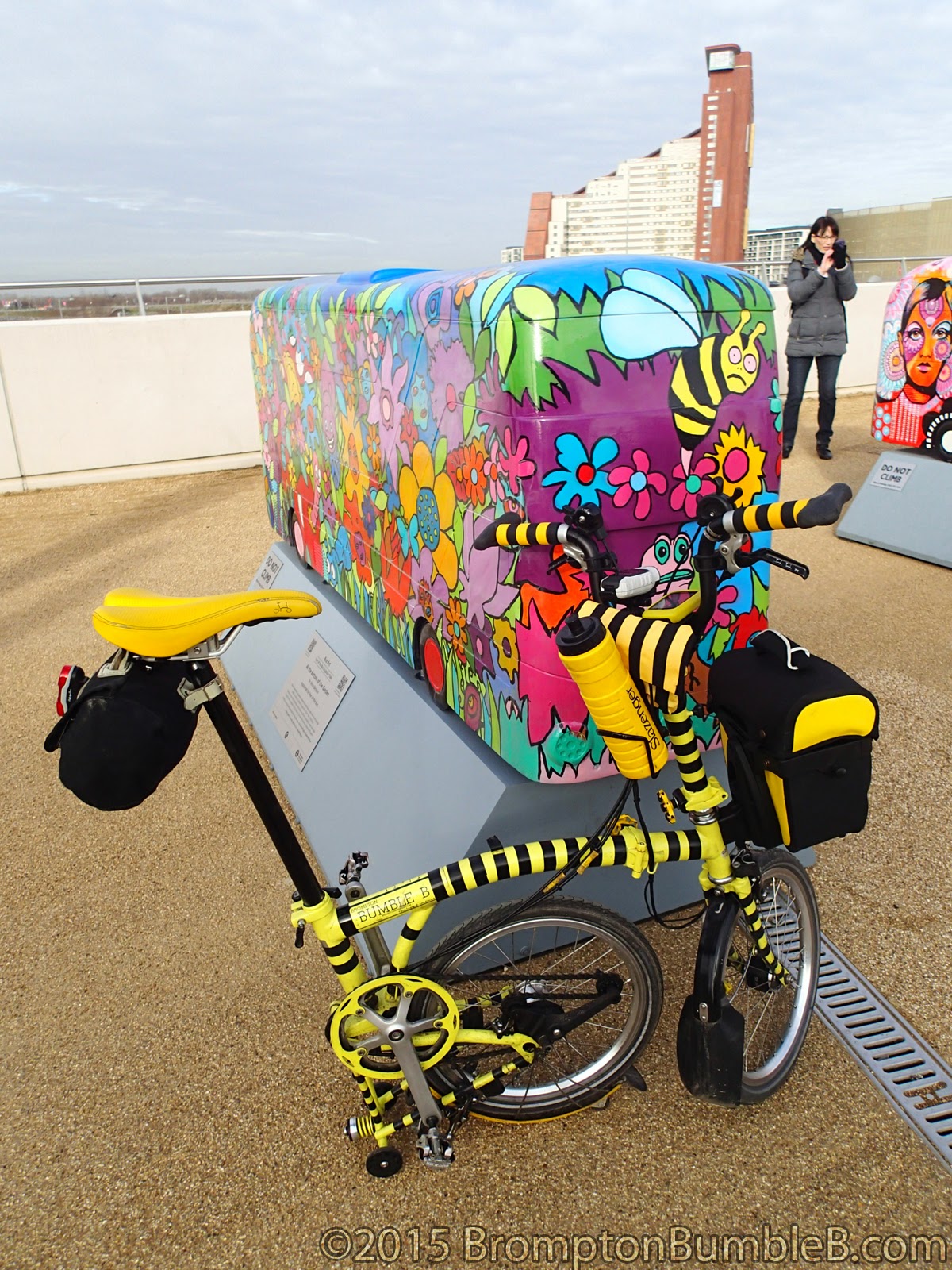 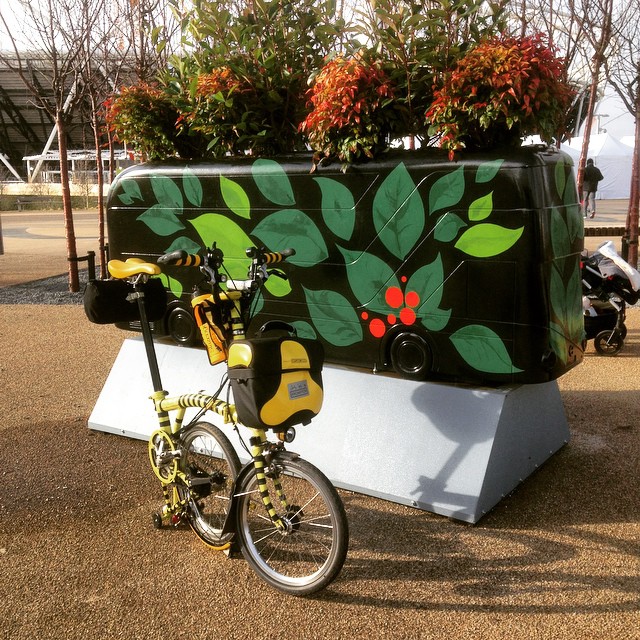 Having seen the sculptors once again I had to zoom off to Brompton Junction store in Convent Garden, while I was heading out I bumped into a couple that had recently joined the London Brompton Group and where riding their Bromptons around the park enjoy the day as well. As always the legend & I are pretty distinctive but I had to cut our chat short as I was running late to meet up with the rest of the gang at Brompton Junction.

Wanted to ride to the Junction but I was late so had to go multi-modal and jumped on a bus. Just about made it to Convent Garden store with seconds to spare as everyone looked like they where just about ready to go.

Having said our hellos to everyone, old and new friends. Yavor Mitev our ride leader gave us a quick briefing and outline of our route to the factory and off we went.

As always seeing so many Bromptons in a pelaton is always a grand sight. 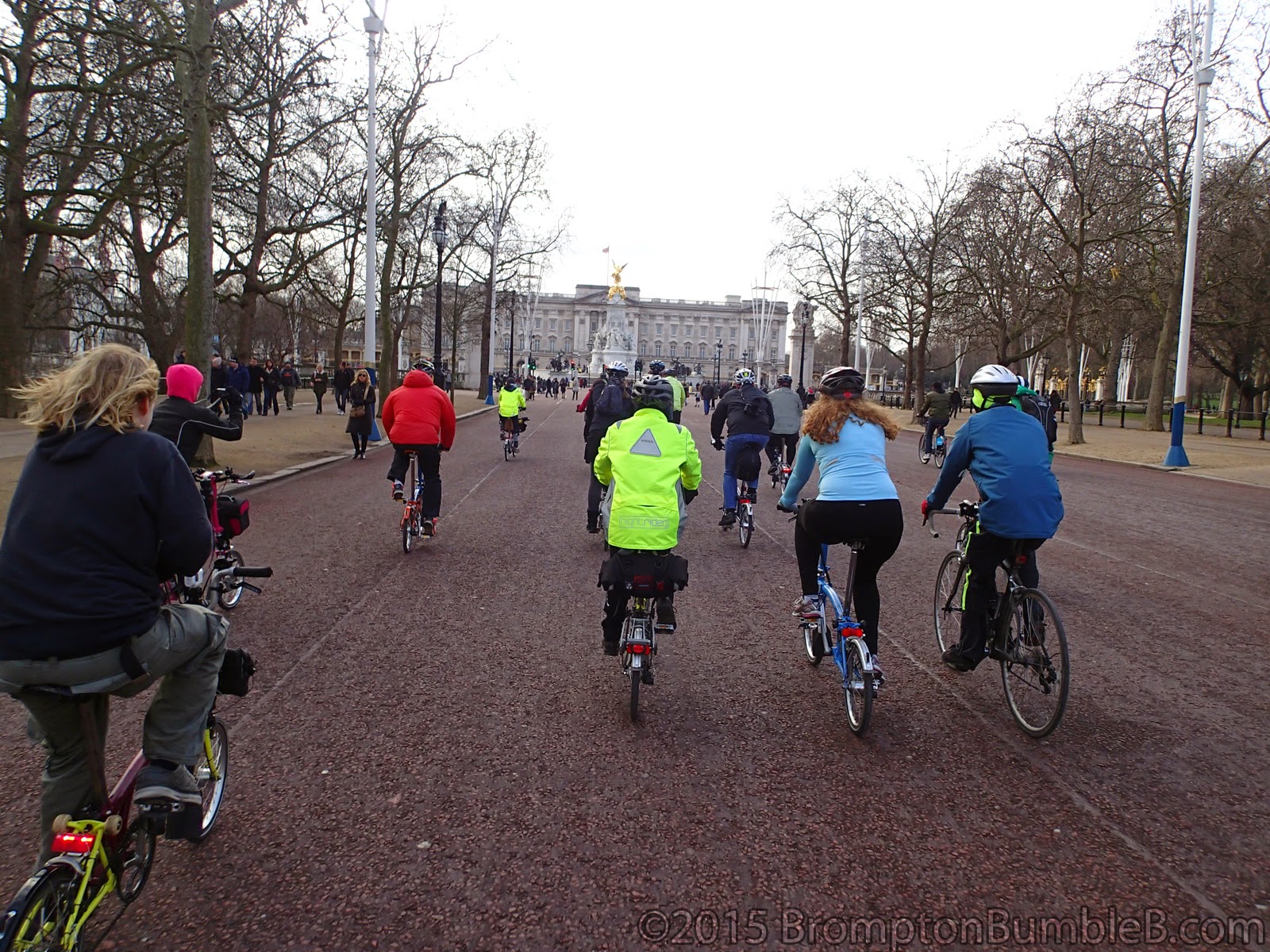 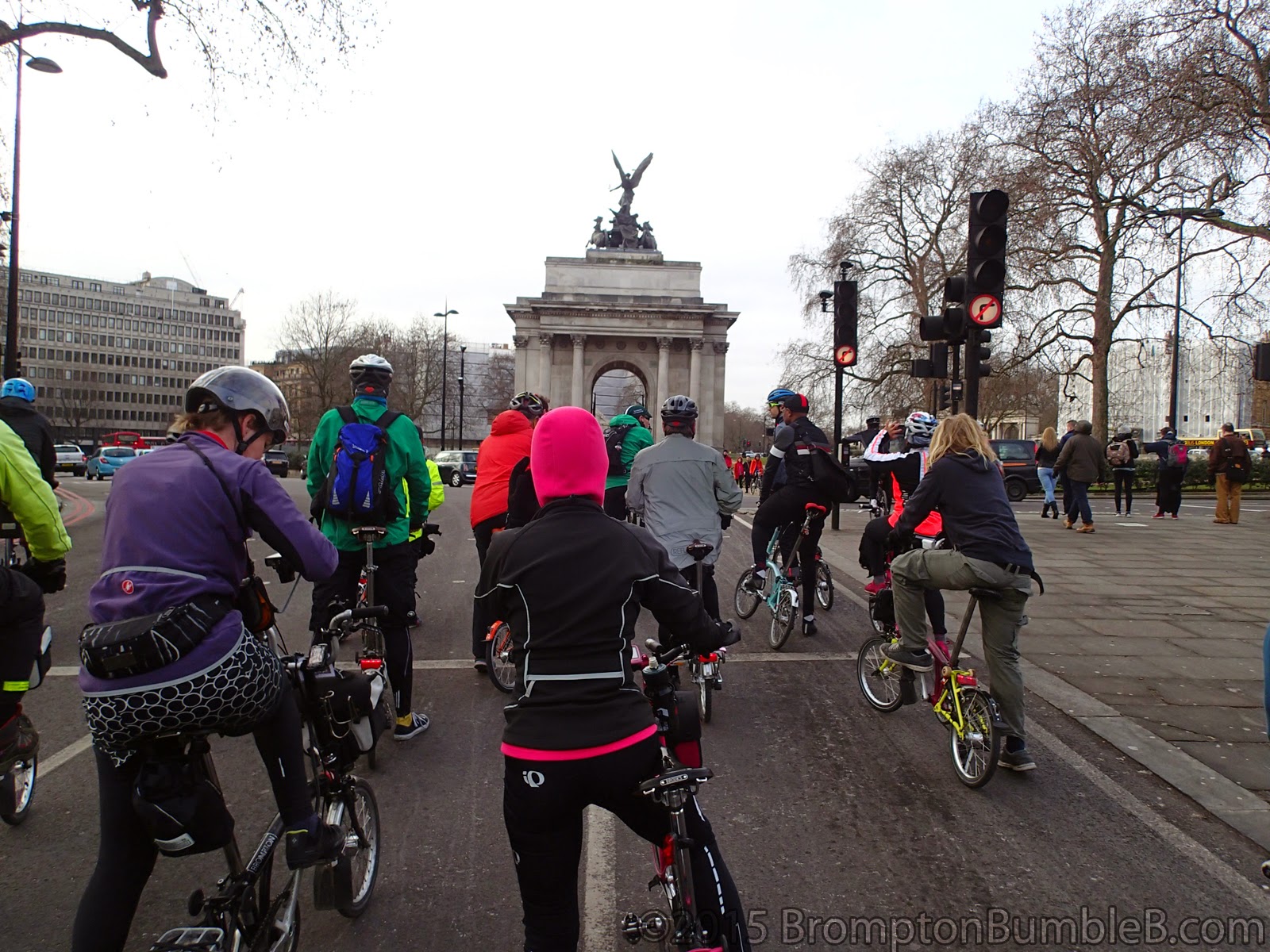 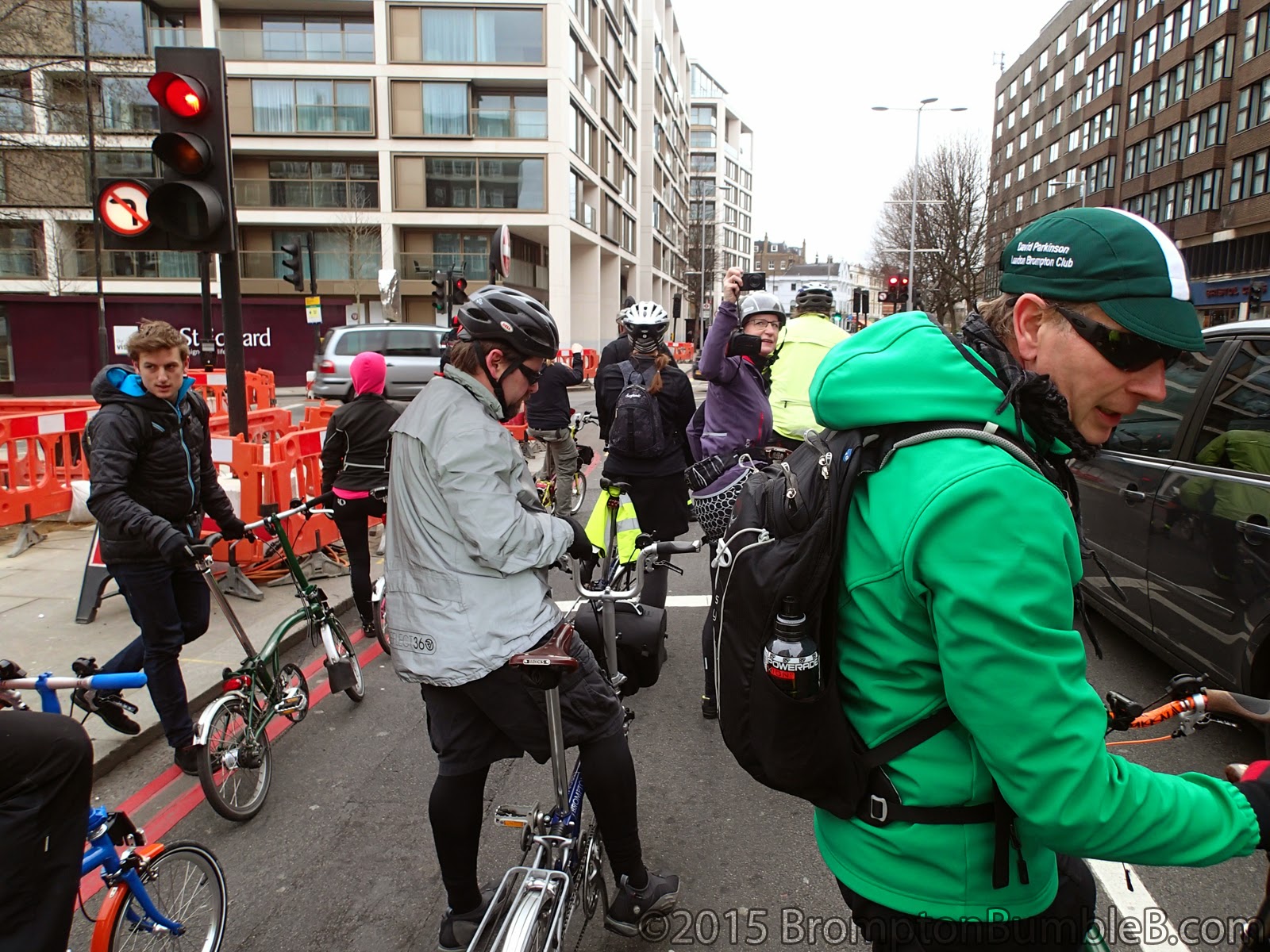 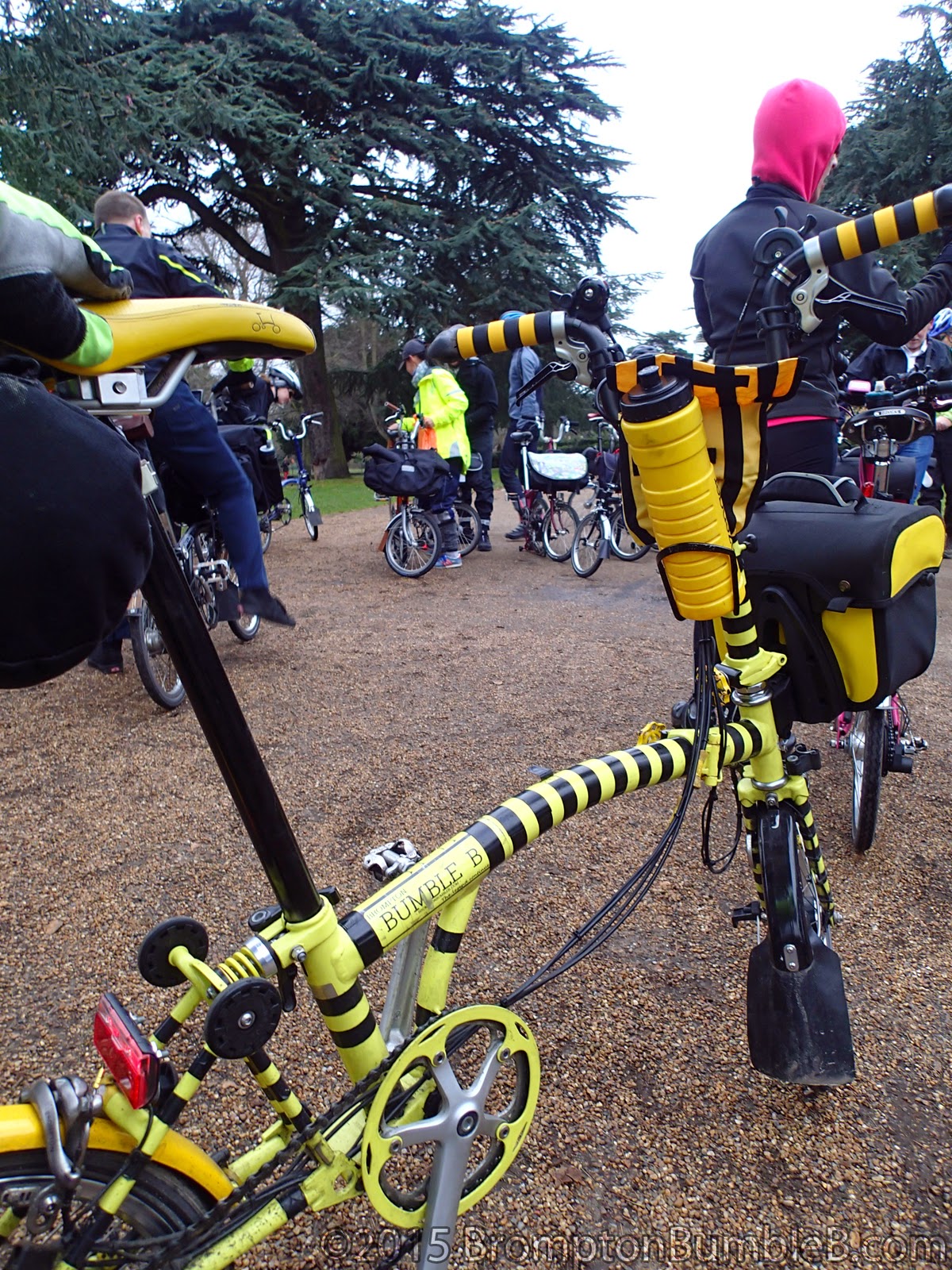 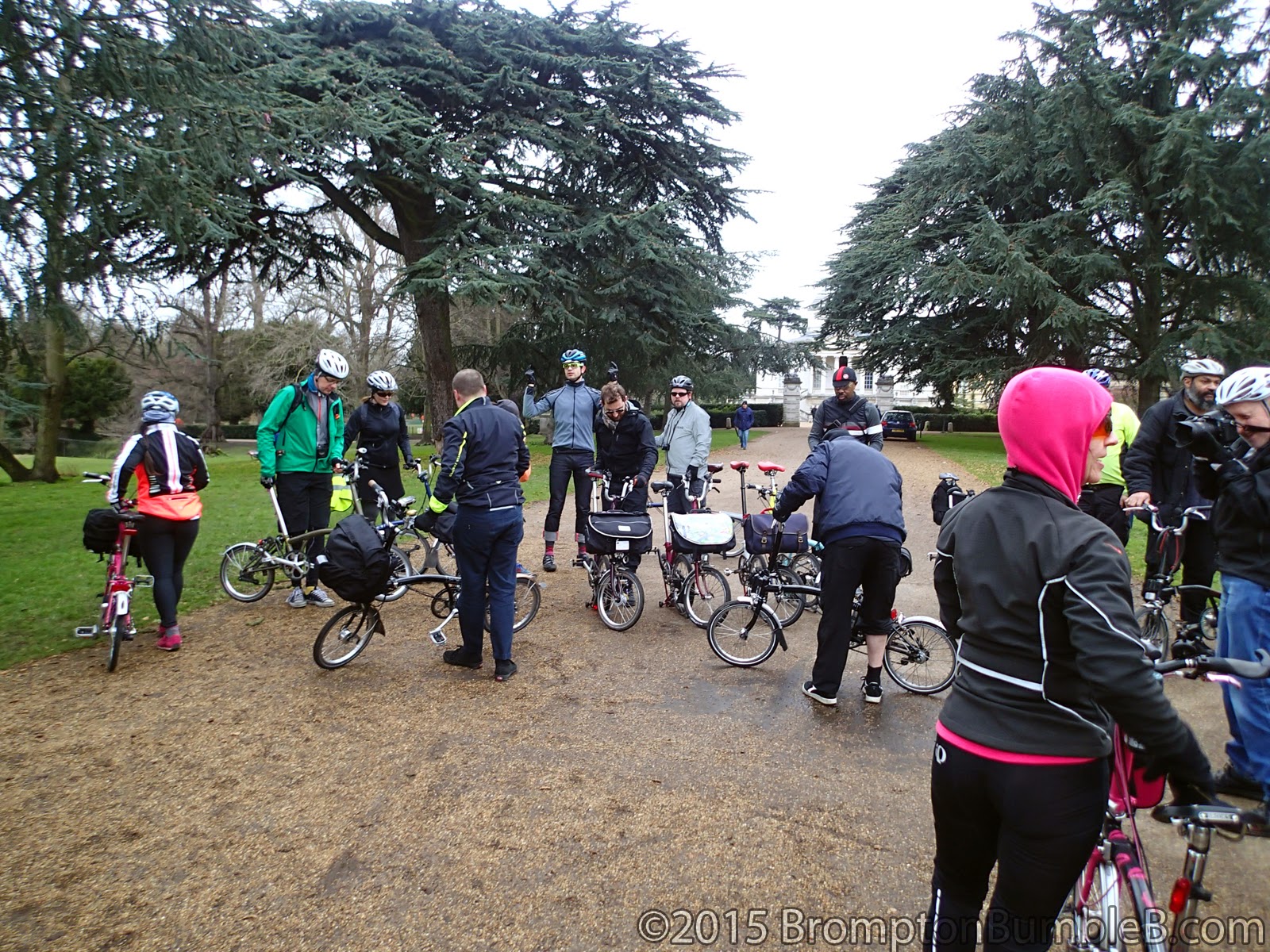 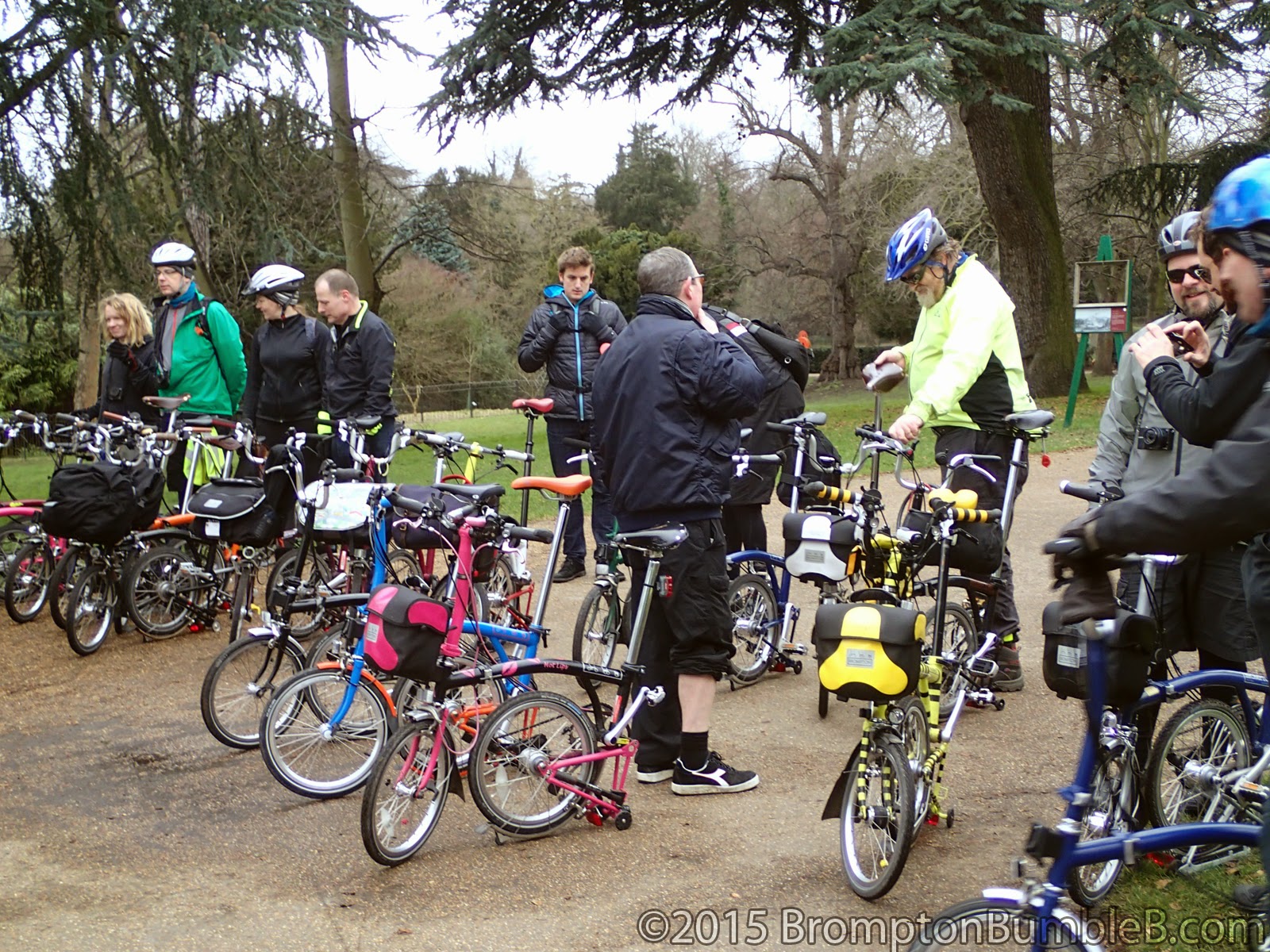 As we cycling along I noticed that Sleebus J's rear wheel was looking alittle odd, at first I thought it was because of his Marathon Winter tyres but infact he had suffered a slow puncture about a mile from the factory. Sleebus could either repair the puncture at the side of the road or see if he could pump the tyre up as best he could ride to the factory. Took about 2 times of pumping up the tire when he called it a day and just walked to the factory.

When we finally go to the factory me and a few others who where not going to the tour went to find a local pub. We found a pub called the One Over the Eight pub. Once there we where able to bring our folded Bromptons and have them next to us at our table. We placed our orders for drink & food and waited.

Reordered and waited some more

and waited even more.

Yeah the drink took awhile and the food even longer.

I had ordered the Steak & Pride pie, mash or house chips, balsamic roast beets which when it finally came tasted pretty good. I even had a treacle slice and ice cream to finish it off which was okish but I expected better.  By the time we had finished our food some of the other riders that went though the Brompton Factory Tour started to arrive just as we finished paying and called it a day. I needed to get home pretty quick as I was start work very early the next day. Made it to a near by overground station where I was able to get a train back to the HiVE.

Links to my other blog posts regarding the Bus Trail below