Well it started out as a drizzling Saturday night, I finally arrived at the meeting place just behind RBS bank opposite Liverpool Street Station.
Pretty dark corner but then again we are cyclists and light up everything in our path :P Everyone wondering around checking out each others bikes and more importantly what everyone's lighting systems was like. Some really good lights and bikes all round I circled around a few times and spotted a few Bromptons in the mix. 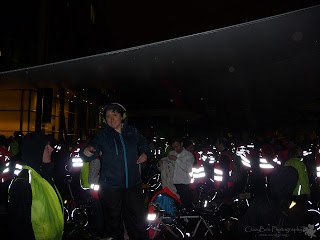 Got a txt from OrangeBrompton saying he was gonna be a little late for the 23:30 setting off time. Replied back saying it looked like they where not going to get moving till atleast 00:00 so should be ok.

OrangeBrompton arrived and we said our hellos and not long after it started to look like we was gonna be on the move. I had no idea where we was going as there was a radio broadcast at the same time and I didn't have a radio to listen in. Turned out a few people had big radios so that you could hear what the people where talking about regarding the places we was going to and their places in historical events. 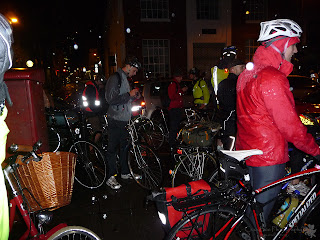 We pretty much cause roadblocks where every we went as there was that many of us to start with in anycase. The pace was slow & sometimes I think we actually got ahead of the times we was supposed to be at certain points for the broadcast to talk about the place we stopping at to listen in about the places we was visiting. 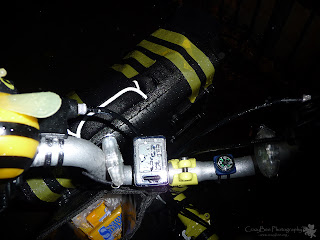 As you can see in this shot, I was getting pretty soaked by the rain that was light for the most part but kept going on and off thought out the night but I stuck with it. I've said I'm more of a "Fair Weather"cyclist so for me this was truly hardcore for me to stick it out let alone go all the way till the end of the event. I DEFINITELY have to look into getting some better waterproofs & lights, esp a front lights. 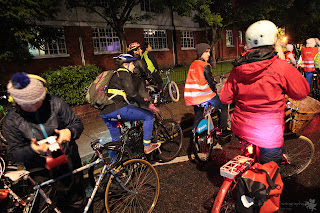 At one of our many stops that night, listening in to the broadcast and ofcourse taking photos as best with can. 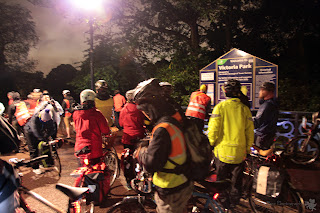 Went into one of my fav parks that I like to do my training rides in Victoria Park, Hackney. I was surprised as normally its all locked up after 21:00hrs or so. Figured they may have had permission and had some of the gates open. 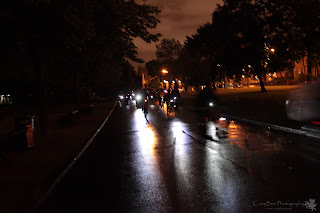 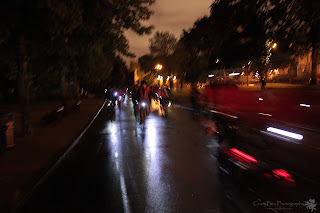 Actually the gate we was heading to do to out was locked so we all had to turn around and go out the way we came in. Once I released this I shot back as fast as I could before the head of the pack and got these great pics us all shooting past. Liking the wet roads with the reflections on ;) 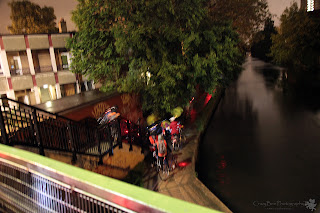 Once again heading down towards the Regent's Canals system which i normally wouldn't go down as its pretty dark down there but with so many riders and lights it was no problem and I kinda enjoyed riding down there at night. 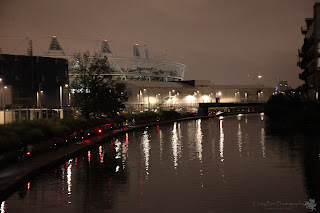 Can you see all the red tail lights of all the cyclist at this event, pretty cool and not a evert you will see anytime soon esp at night :) 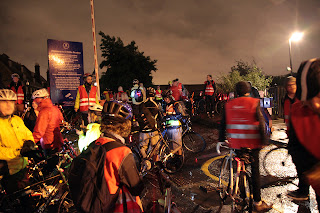 This stop was right outside 3 Mills Studios, someone had a major puncture and need a replacement wheel, with so many cyclist around it was easy to to find and get sorted on the spot with the right tools. 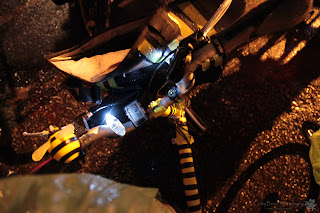 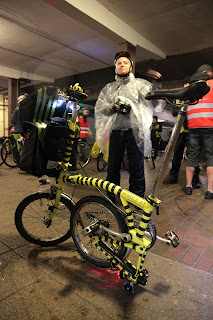 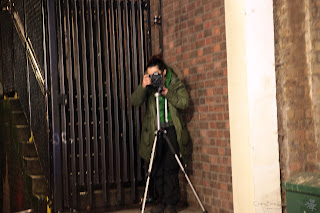 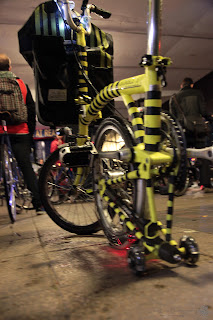 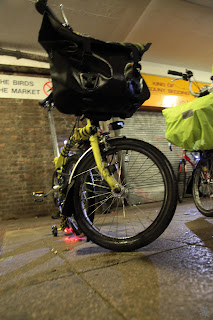 Bumble B was getting quite alot of attention as he always does but OMG look how dirty he looks. A damn good soaking and scrubbing when we get back buddy no problems ;) 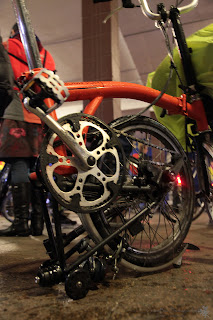 And here is OrangeBrompton too, looking just as dirty  but both bikes as well as all the others working hard and doing their riders proud. 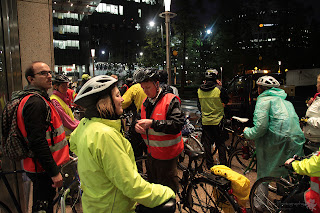 Finally making it to the end point of this event, a concert near Canary Wharf in Docklands "East Winter Garden" 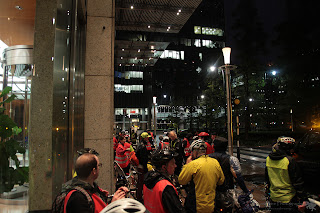 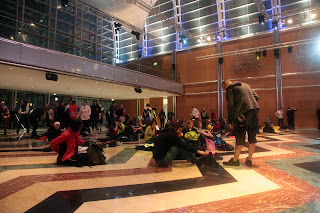 Finally inside getting warm and eating whatever packed lunches we packed to listen to the concert and watch the sun rise outside. 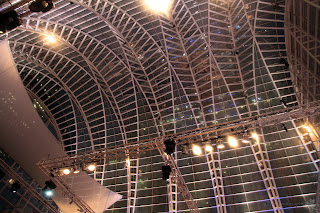 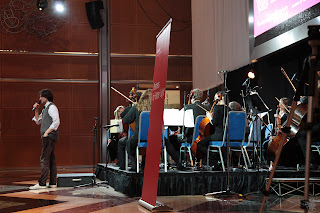 One of the organisers addressing the hard core cyclist that stayed all the way to the end to enjoy the concert that was about to begin. 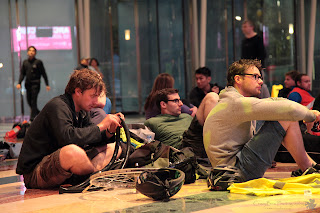 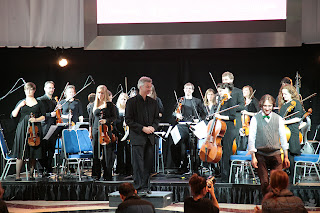 They actually played one of my favitor pieces of music "Adagio For Strings op.11 " by Samuel Barber (Music from the Hovis Bread Adverts) 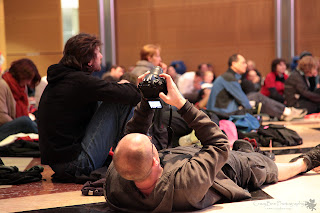 A different view point, taking photos of the roof of the hall we was in. 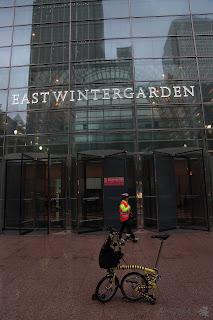 Bumble B waiting outside just before we started our long journey home. Despite the rain it was a fun thing to do, I just hope for the next events the weather is much nicer and I so hope BWC2012 is all nice and sunny too *Fingers crossed*

See you at the next event people.....