Was running a little late but was monitoring twitter as I knew My Orange Brompton was going and had entered the Folding Bike Race (I so should have entered myself *DOH!!*) On the tube and got out of Farrington Station as it was practically on the Smithfield's Meat Market door step. Just about found a spot to see what was happening and I heard that the Folding Bike heats was just about to start up.

While watching I spotted the  familiar face or should I say orange socks of My Orange Brompton & waved as he passed with the look of determination on his face ;)

Once each race was over people where allowed to cross the race track so I was looking to try and get better positions for getting some decent shots (next time bring my dSLR & not my P&S) Finally met up with fellow LBC member My Orange Brompton & was watching the other races going on & entertainments. 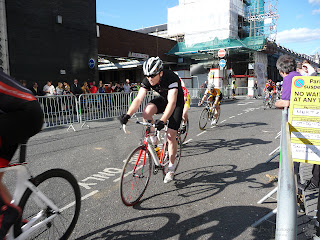 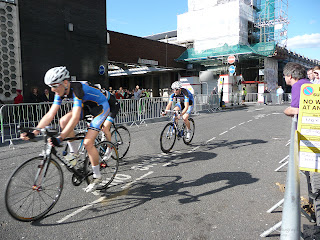 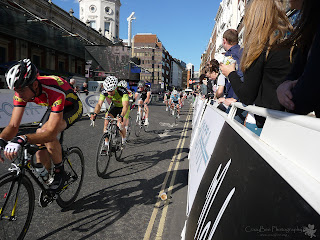 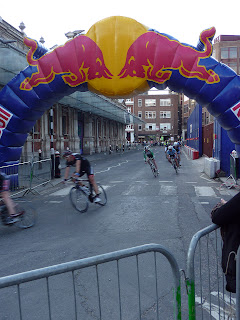 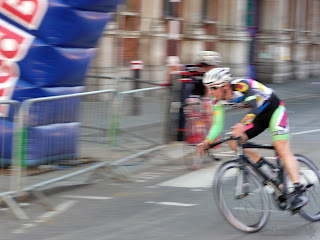 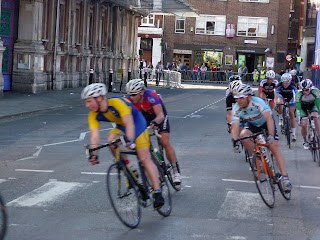 While the other races where going on it turned out that My Orange Brompton got though to the finals :)

Then it was time for the Folding Bike Finals 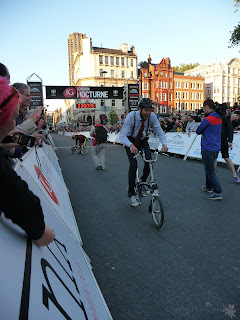 A very enjoyable day and the weather was perfect for cycling & racing. Definitely going to  enter it next year and I should also say that I'm going to start entering as many races/cycling events that I can get to now. This is the only one that I haven't taken part in this year and I REALLY REALLY should have got in on this one BIG TIME.

Will link to the video I shot with the awesome GoPro HD Hero2™ once I've edited it together. My first proper outing with it so be gentle with me regarding the footage.