Once again it was time for the awesome annual Sheffield Brompton Ride with the Edinburgh Bicycle Cooperative. I always look forward to travelling up north for the northern chapter of the London Brompton Club

Checking on the weather and it seemed it would be pretty much dry for the most part with maybe a light shower at the start of the ride. This time I was going by train a lot less hassle & less expensive than driving.

Arranged to get the same train as Jenny. I was running a little late and didn't get to see Jenny til she had already got on the train. 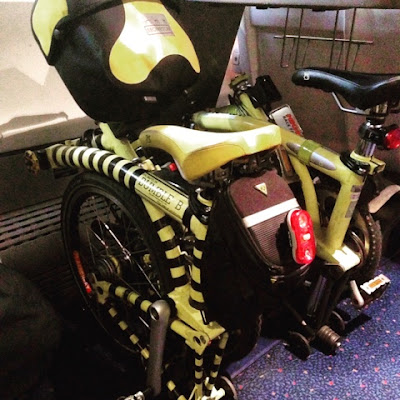 2 hours later we had arrived at Sheffield Railway Station.

We joined the many Bromptons waiting at the main entrance to Sheffield station and it was an awesome sight. So many Bromptons and their riders all ready for a great Northern LBC ride. 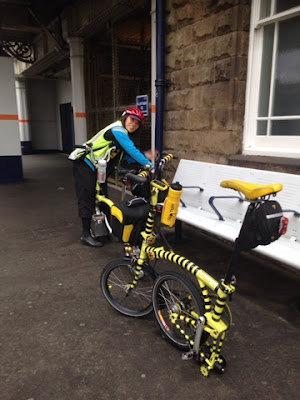 Alan Knott outlined the main points of the ride as well as safety advise for everyone. I have to say that Alan is a wealth of knowledge on the area knowing just about everything about the history of Sheffield.

Everyone got a nice little goody bag from the my good buddy Alan Knott from Edinburgh Bicycle Cooperative which I was abit surprised as mine contained a yellow Brompton saddle and matching yellow Brompton grips :D
It wasn't long before we was off on the road, it was raining alittle but nothing we couldn't handle.
As always cycling though Sheffield is great fun with the walkways and history all around us. 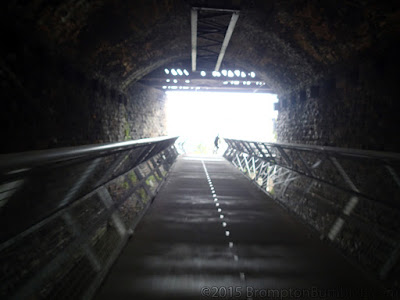 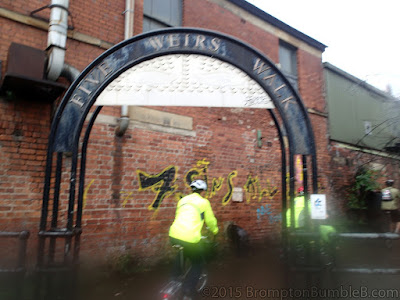 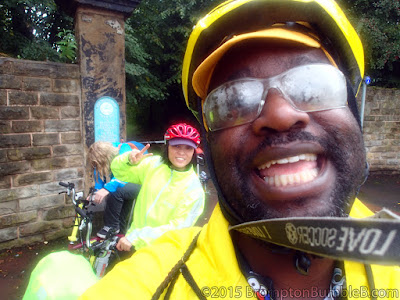 You can't help but smile when riding your Brompton with a whole bunch of great people. Seriously nothing comes close to that feeling. :)

Well with this being Sheffield there was a couple of hills, namely Jerkin Road, which was by all reports a 33% gradient & a part of Stage 2 of the Tour de France 2014. It was painful and I walked most of it but saying that there was a few people in cars that where cheering us on as we went which was nice.

One of these days I'm going to kill these big hills without putting my foot down.


Ian Joustra making it look very easy, well so would you if you had a "granny" gear like his. Very small front chain ring makes hill killing easy.

Finally at the top of Jerkin Road, we could look back at the view and well worth it  too.

Onwards and down which is always a good bit, atleast that was the only major hill we had so everything else would be easy peasy lemon squeezy. 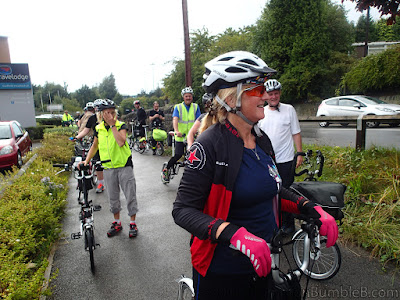 This is the point where is starts to get abit muddy. Alittle bit of of roading and mud never stops a Brompton. I don't think my cycling partner Mr.Orange would have liked this bit as it was pretty bad in places. 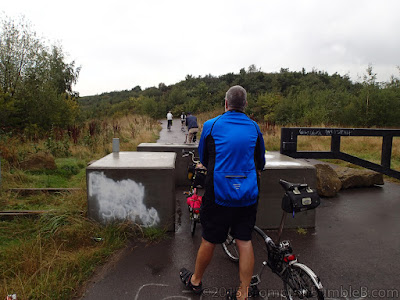 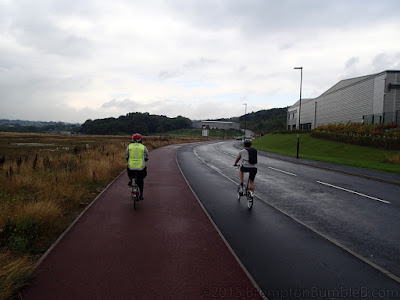 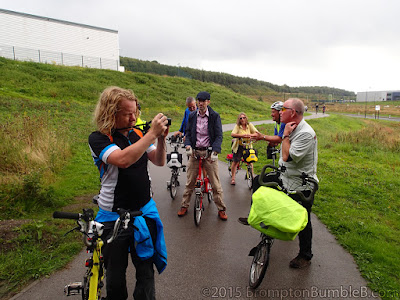 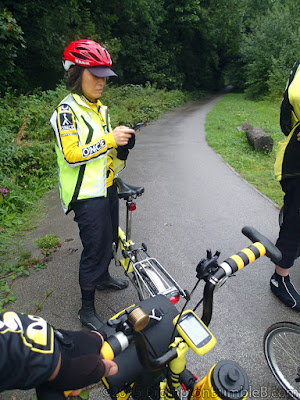 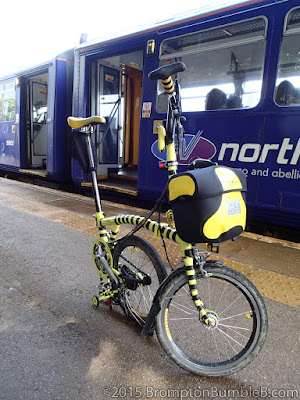 We all managed to get on the train pretty easily as we spread out along the platform. I have to say the other passengers we're all well amazed at so many Brompton's getting on (about 20 by my count). 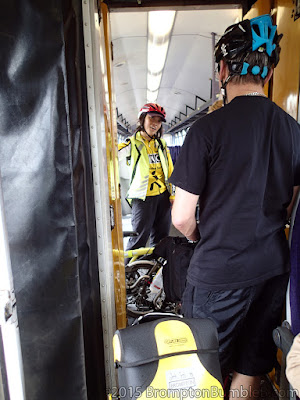 As always a few people asked questions and where we had been etc. People still can believe the Brompton can be ridden so far thinking that the wheels are way to small.


After getting off the train at Penistone we headed towards Wortley Hall for a well earned luncheon. 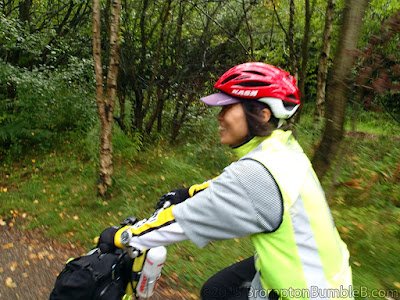 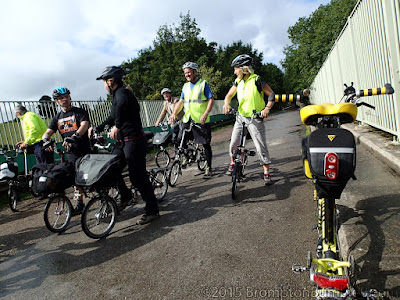 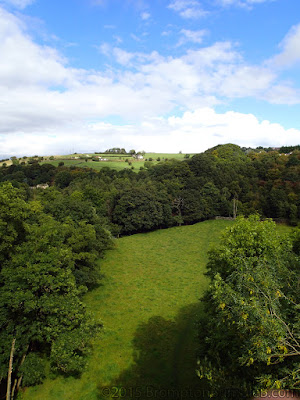 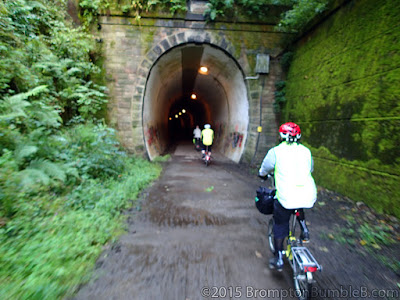 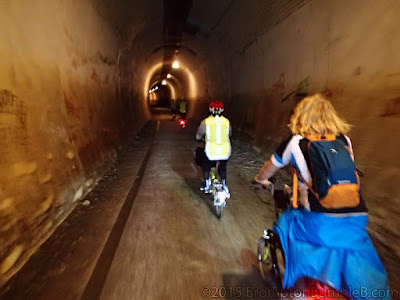 With lots of natural horse landmines to get around ;D 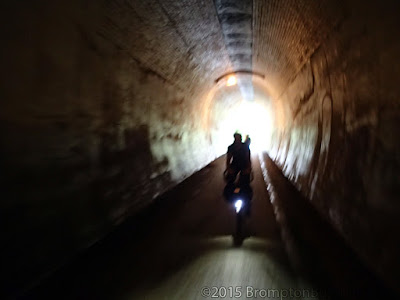 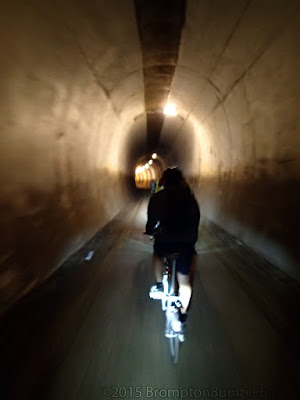 Started to brighten up a little as we approached Wortley Hall. 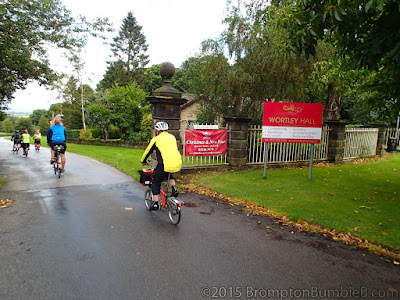 A quick group shot as we had arrived just on time for our table, actually we had a whole room to ourselves. 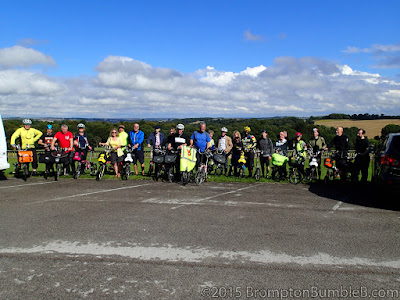 We left our Bromptons in a nice enclosed courtyard and made our way to the bar first for a few drinks and then went to our own private room (Fire Brigade Union Room) for luncheon. 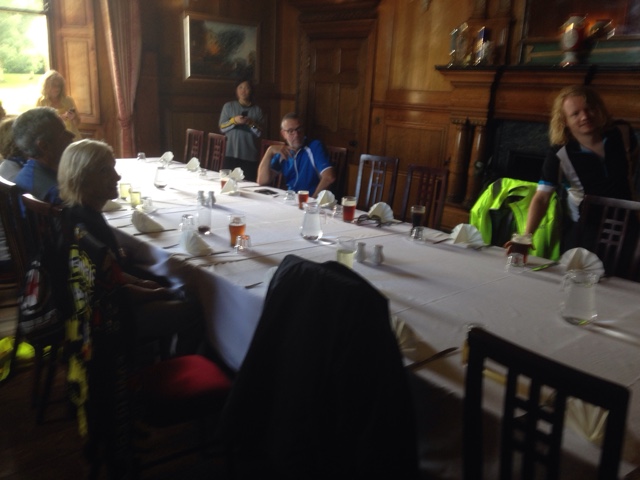 We had already ordered our meals a couple of weeks in advance so  they knew we was coming. Food arrived quickly and I have to say it was extremely good food. Another great piece of organisation by our ride leaders.

After we had eaten Mick Nott our very own historian on everything Sheffield took a few on a little tour of this great house and talked about all the history surrounding it. He's very passionate about this house as it was for bought in the 1950's for the trade union, labour and co-operative movement. It was in a semi-derelict condition and the workers of South Yorkshire and surrounding areas carried out most of the repairs and restoration voluntarily and managed to restore the original features including the painted ceilings, ornamental friezes and wood carvings.

It was time to head Elsecar to catch out tram back to Sheffield but not before we had a little stop at this great little post office in Wentworth. This is no ordinary post office, in this office you can get all your childhood sweets & ice cream. I was tempted and I was actually looking forward to a nice dessert but when the time came I didn't feel like it myself. A few of the others had a few sweets and ice creams and commented on how good it was. Next time I promise to honor my tummy with a deliciously sweet treat. 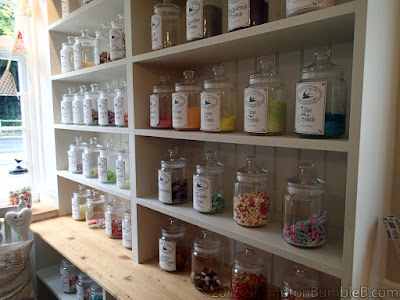 Thankfully the ride back was mostly down hill and I'm glad of that as I was still pretty full from luncheon at Wortley Hall.

We pasted Wentworth Woodhouse on our way to Elsecar Station for the train back to Sheffield Mainline Station. 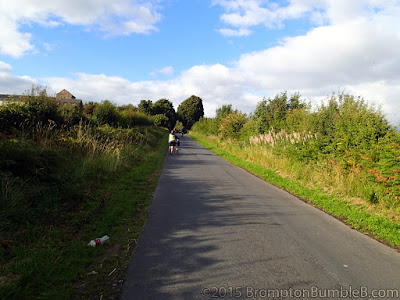 A quick stop off at Elsecar Heritage, the site of the works and a coal mine owned by the Fitzwilliams


We arrived at Elsecar Station in plenty of time to catch our train back to Sheffield and we said a few goodbyes to some of the local Sheffield Brompton riders as they caught the train heading in the opposite direction. 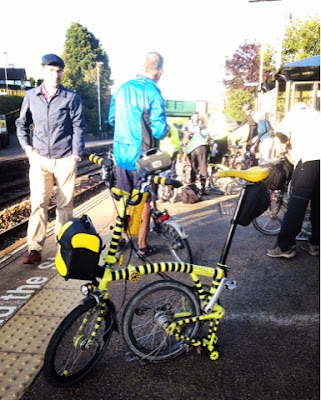 Short train ride later we had arrived back at Sheffield Station. After saying our goodbyes, we headed to our platform to catch our trains back to London.

It was a good ride and I enjoyed it as I always do when I ride with my good buddies in Sheffield and especially catching up with my good buddy Alan & massive thank you for the little goodie bag with a few surprises.

If your more up North of the UK and unable to join the London Brompton Club rides here in London on a regular basis you can join the Brompton Club North the LBC's Northern Chapter for rides that maybe closer to you.

As always my ride data...

Part 1 of the Sheffield Ride

Part 2 of the Sheffield Ride