North Kent coast with the LBC

There is something to be said for going on a multi modal trip. Cycling to a main line station to catch a train to unexplored lands is always exciting for me. I have to also say I do enjoy heading to Britain's coast line. There is something about heading to the seaside that I just love. Can never get far by walking but on a Brompton well you have the whole coastline and there are always cycle lanes etc all around too.

Meeting up with Luka G, Graham P, David P, Anne M & my cycling partner Mr. Orange we boarded our trains having got our prepaid tickets at Victoria Station. 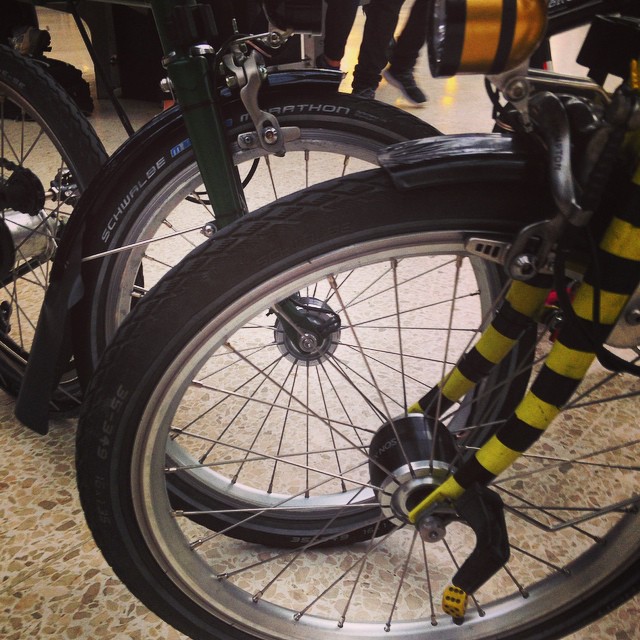 As always on these train journeys we managed to have a good chat about our up and coming rides this time its the St. Crispin's Day Night ride next week. This will be my first 100 mile ride and I'm looking forward to it as well as a little scared at the same time. But with my cycling buddies it will be fun none the less. 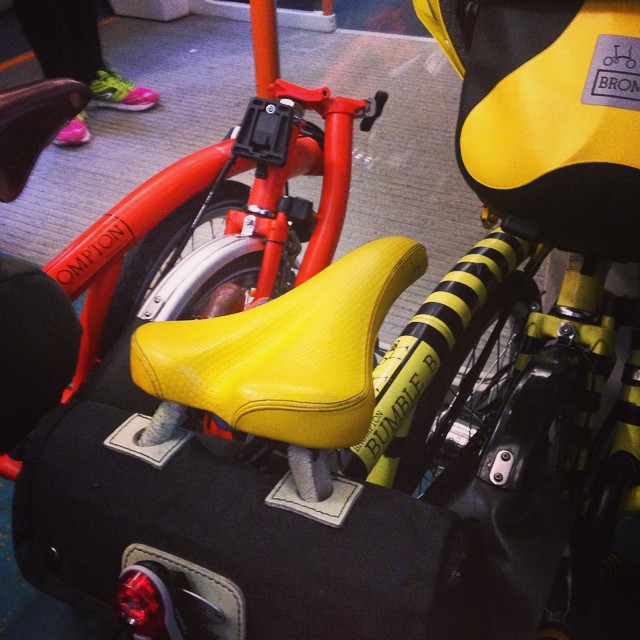 We arrived dead on time at Faversham Station and was met my 2 local LBC members, Ivo & John +1 who I hadn't met before. 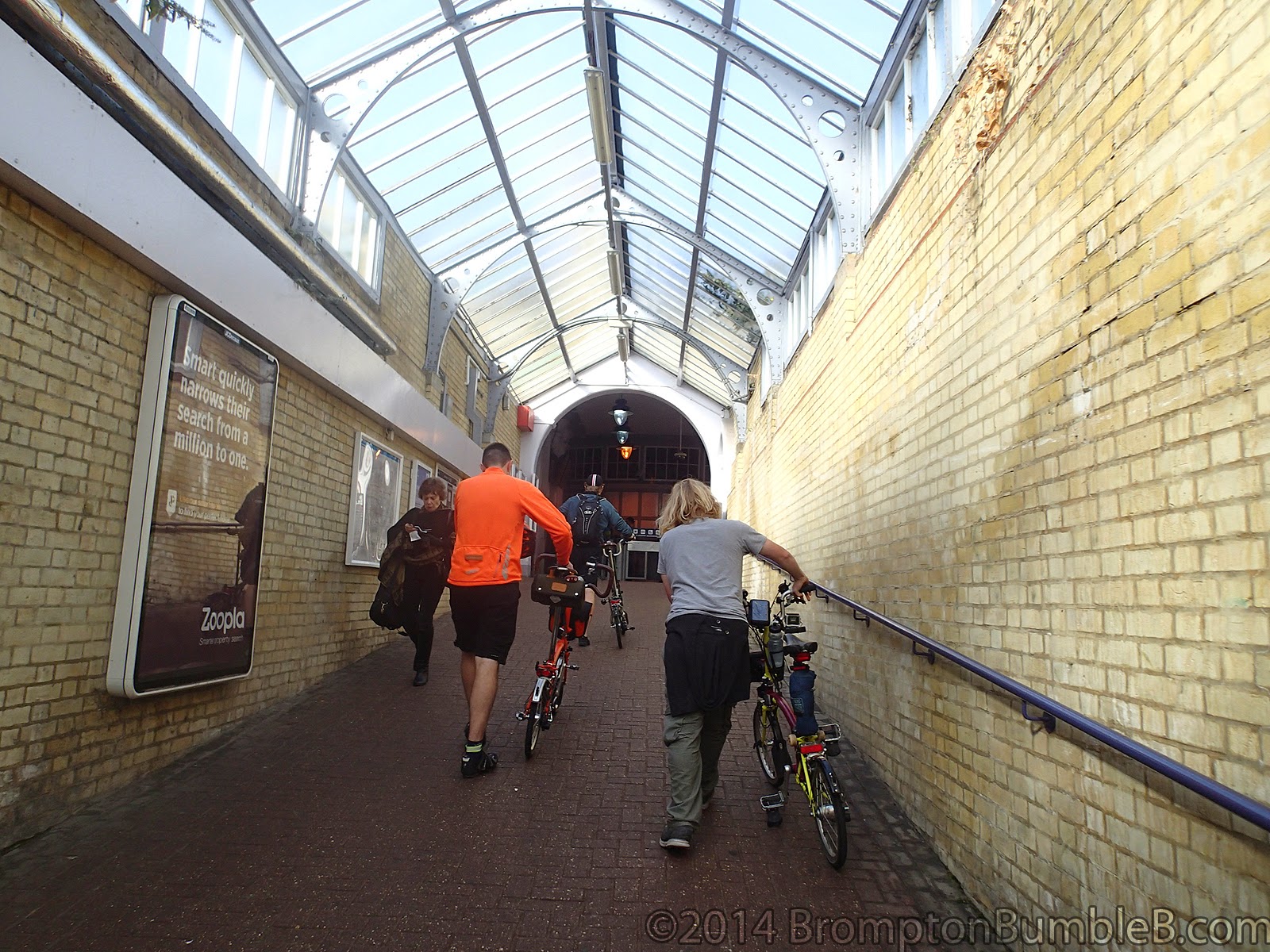 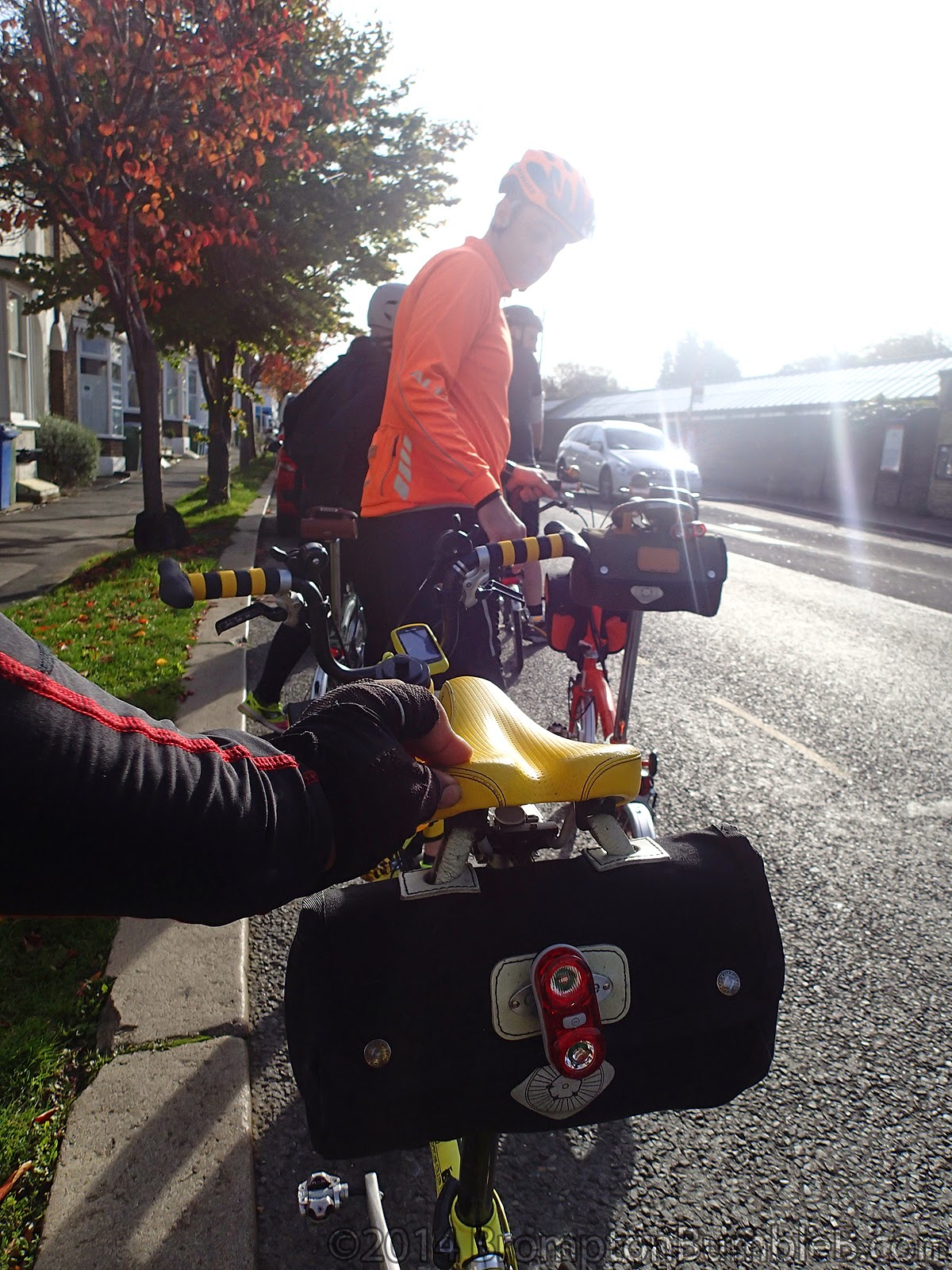 Greetings to the locals and off we went winding out way out of the town. 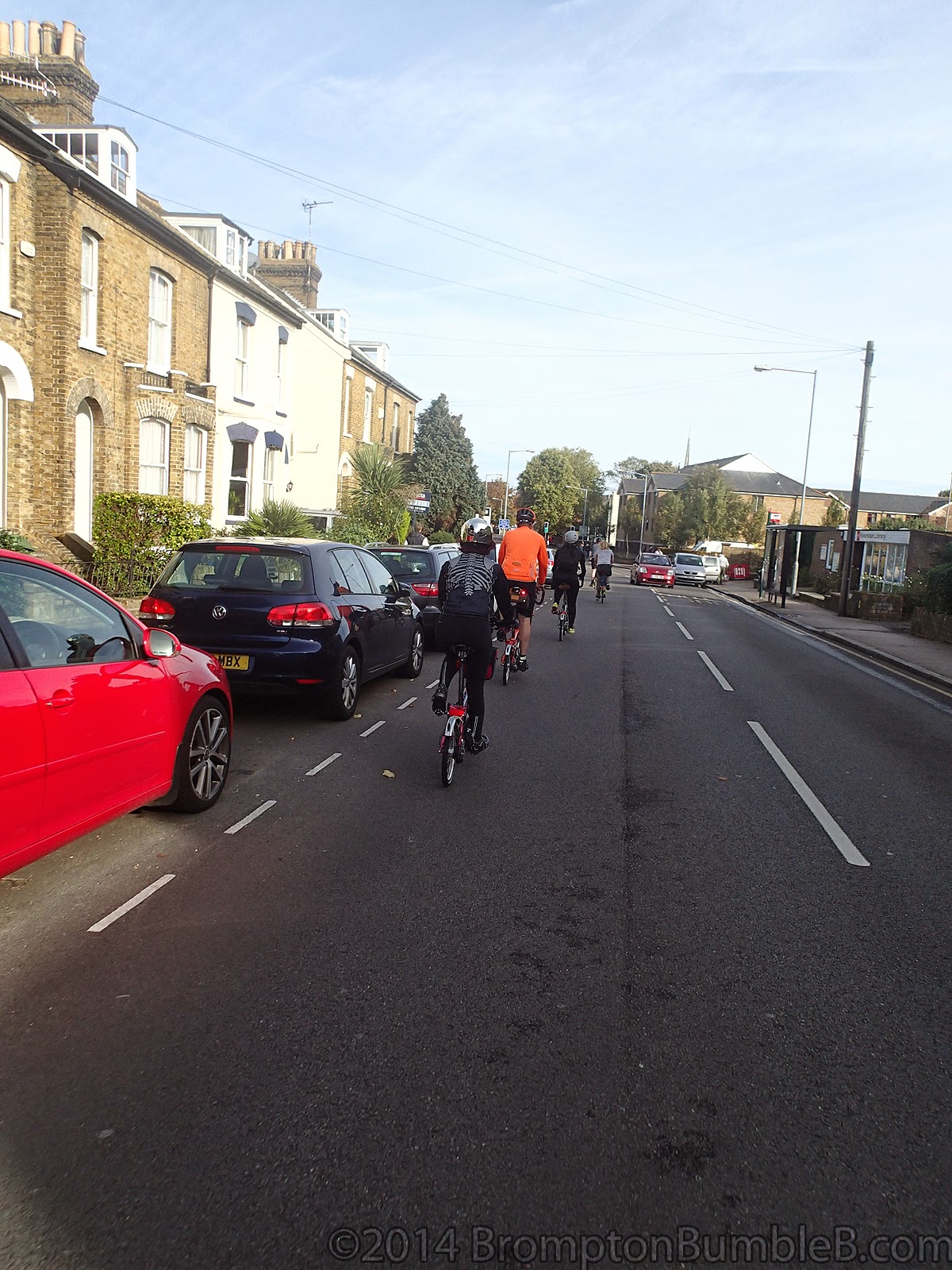 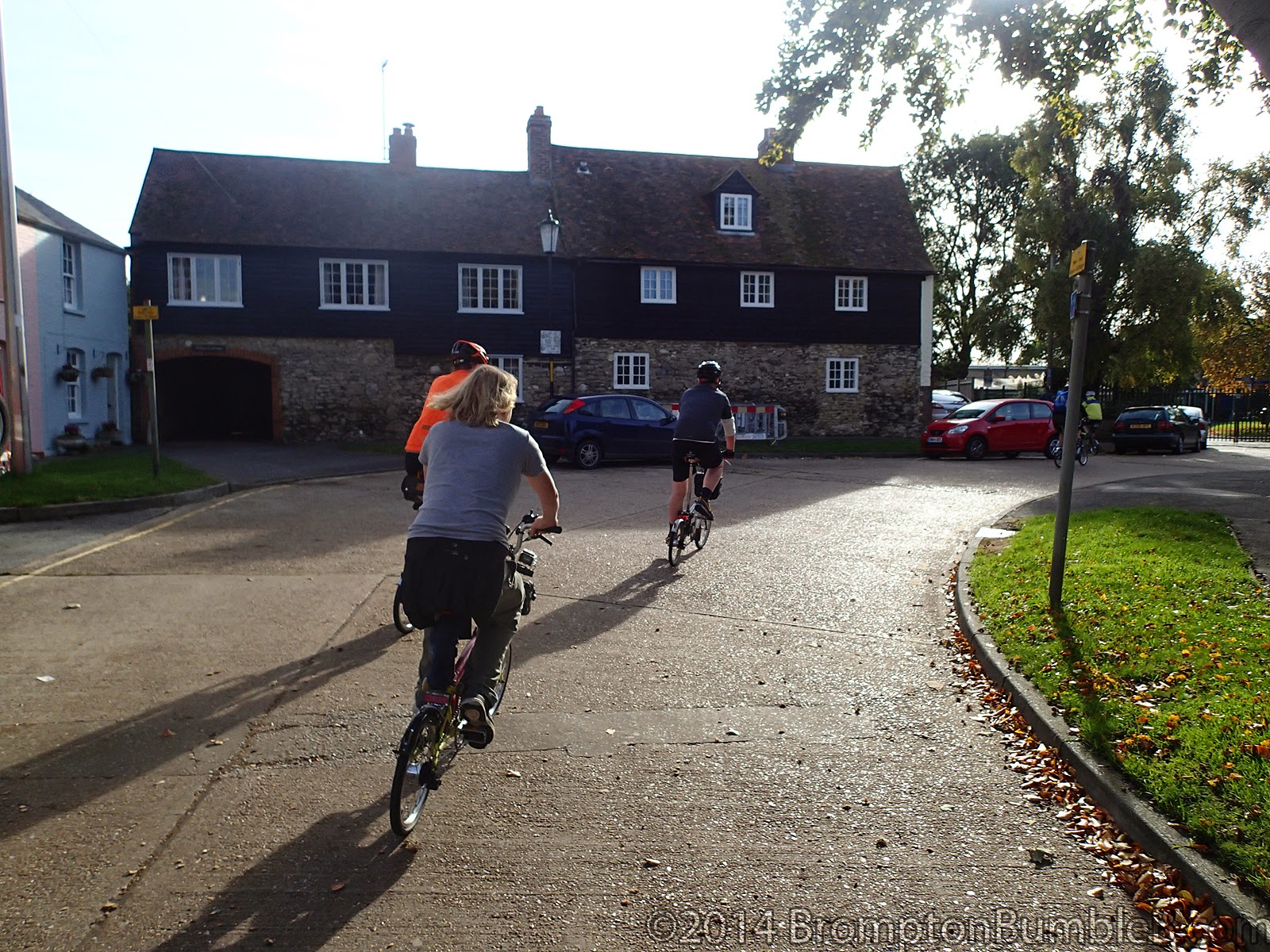 Not long after we hit the open road with the weather being so good we all started to strip off a few layers. 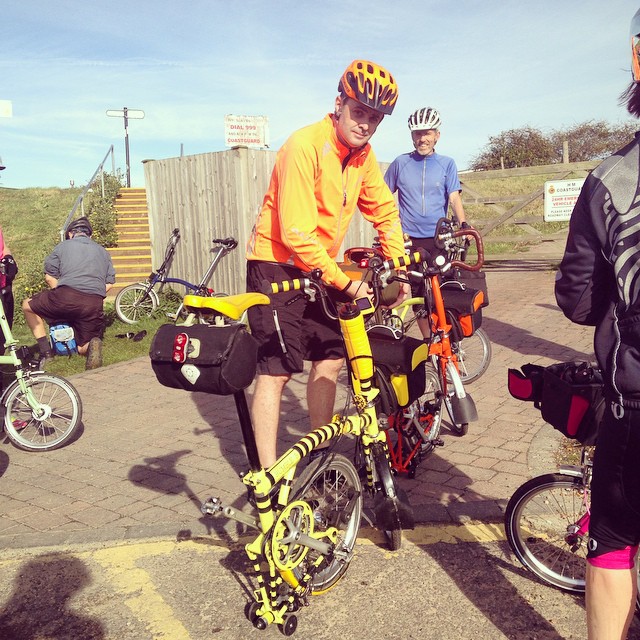 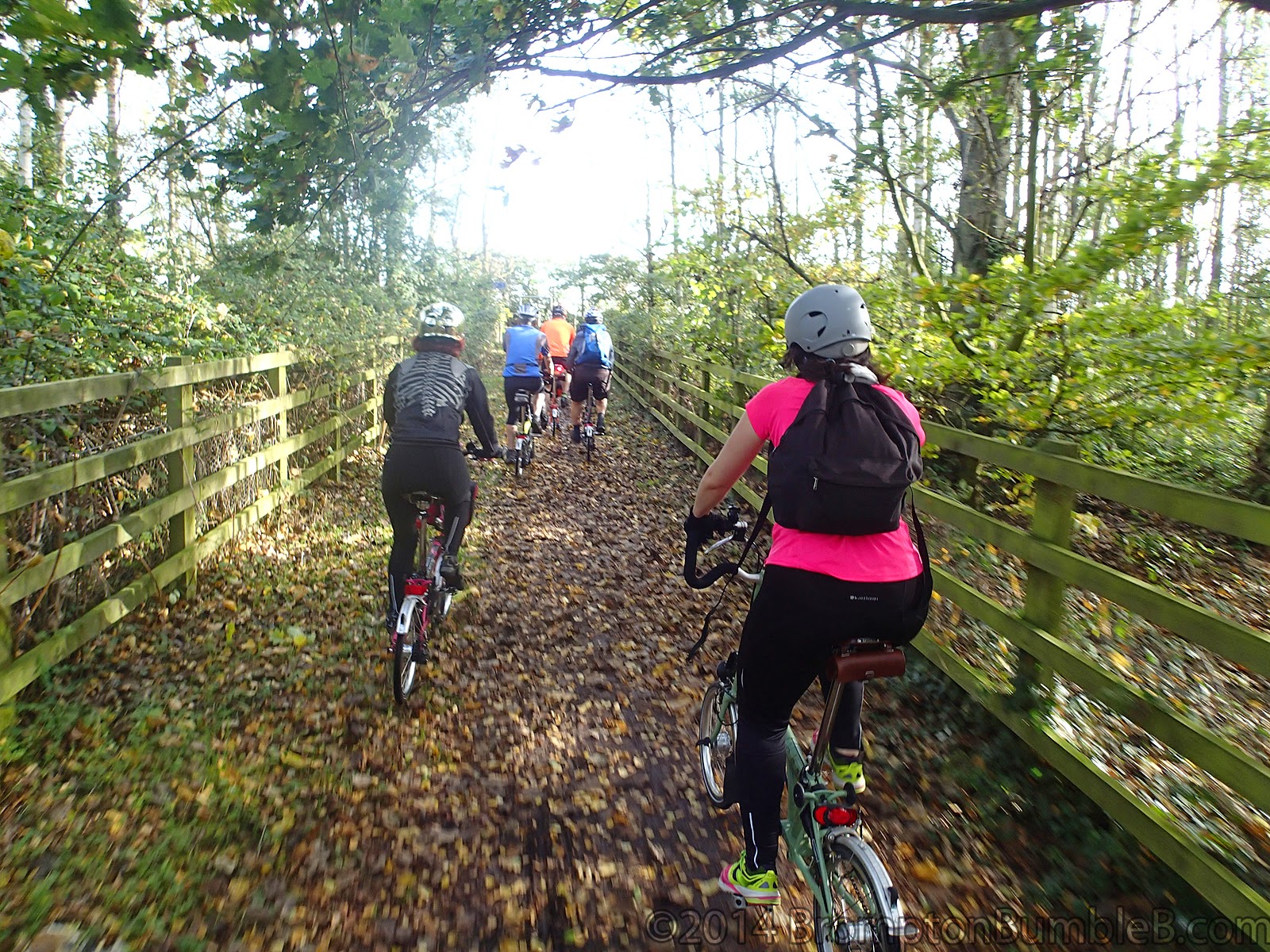 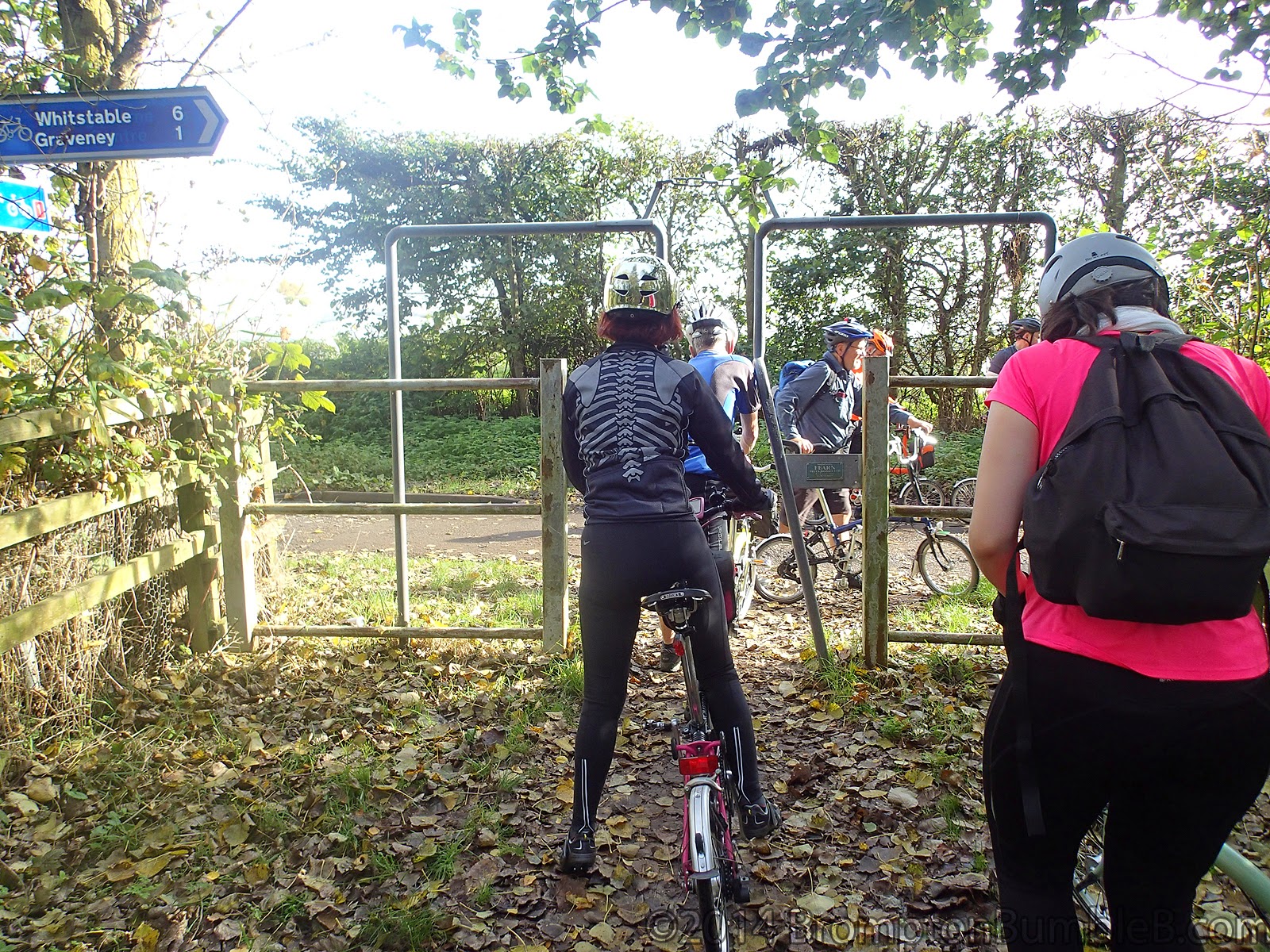 on our way to Whistable we passed a couple of touring tourist, maybe German couldn't tell who we all said hello to as we whizzed passed. They seem to be in no rush to get anywhere & they where loaded with just about everything.


While we was heading into Whistable I started to recognised a few landmarks. Last time I was this way was on a Friday Night Ride To The Coast ride long ago. This time though I hadn't been riding though out the night from London and was able to enjoy the scenery abit more.

Finally we came up to the Whistable itself and came across the port market were we regrouped. 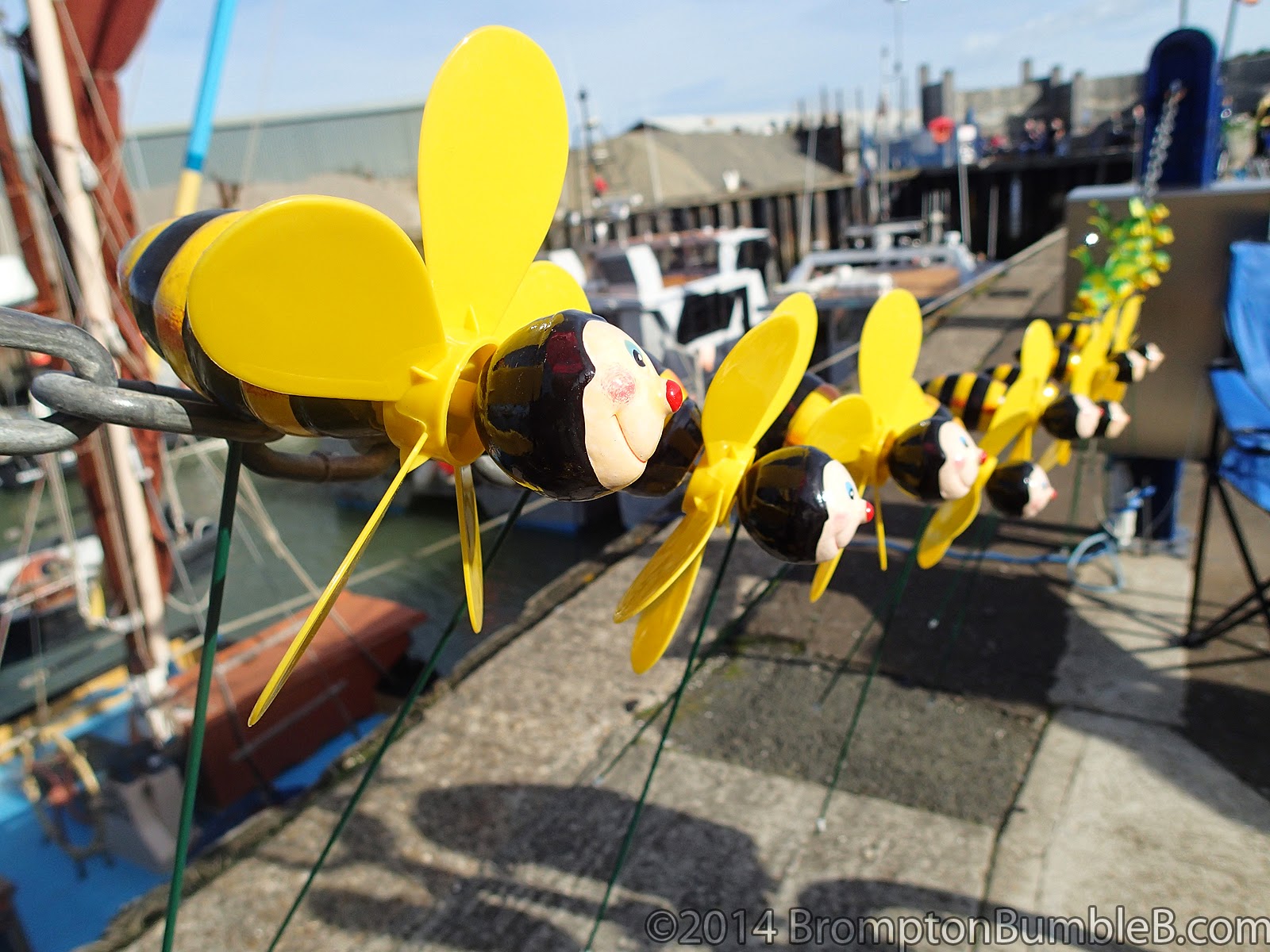 I would have bought a couple but I didn't have any where safe to put them while I was riding as we still had  quiet a number of miles to go yet. But I took it as a omen, good or bad I'm not sure yet as I would find out later on.


Just after I took this shot BBB fell over due to the wind. No biggie but then just as I was abotu to cycle off I found BBB's chain had come off and was caught between the rear triangle in a odd position. Took me ages to get the chain in the right position and ended up with very oily hands. Must remember to pack baby wipes or something that I can use to wipe oil off quickly. 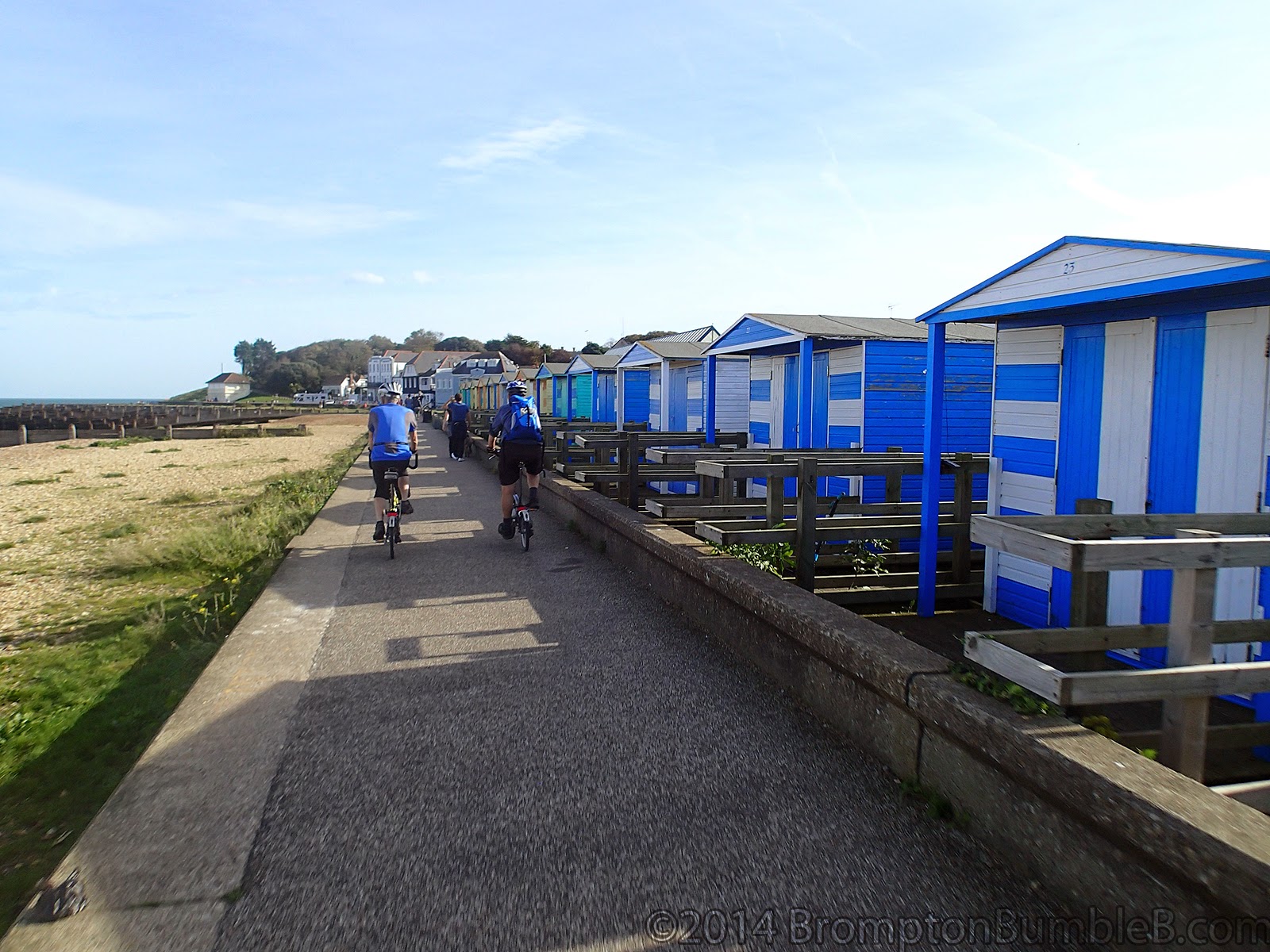 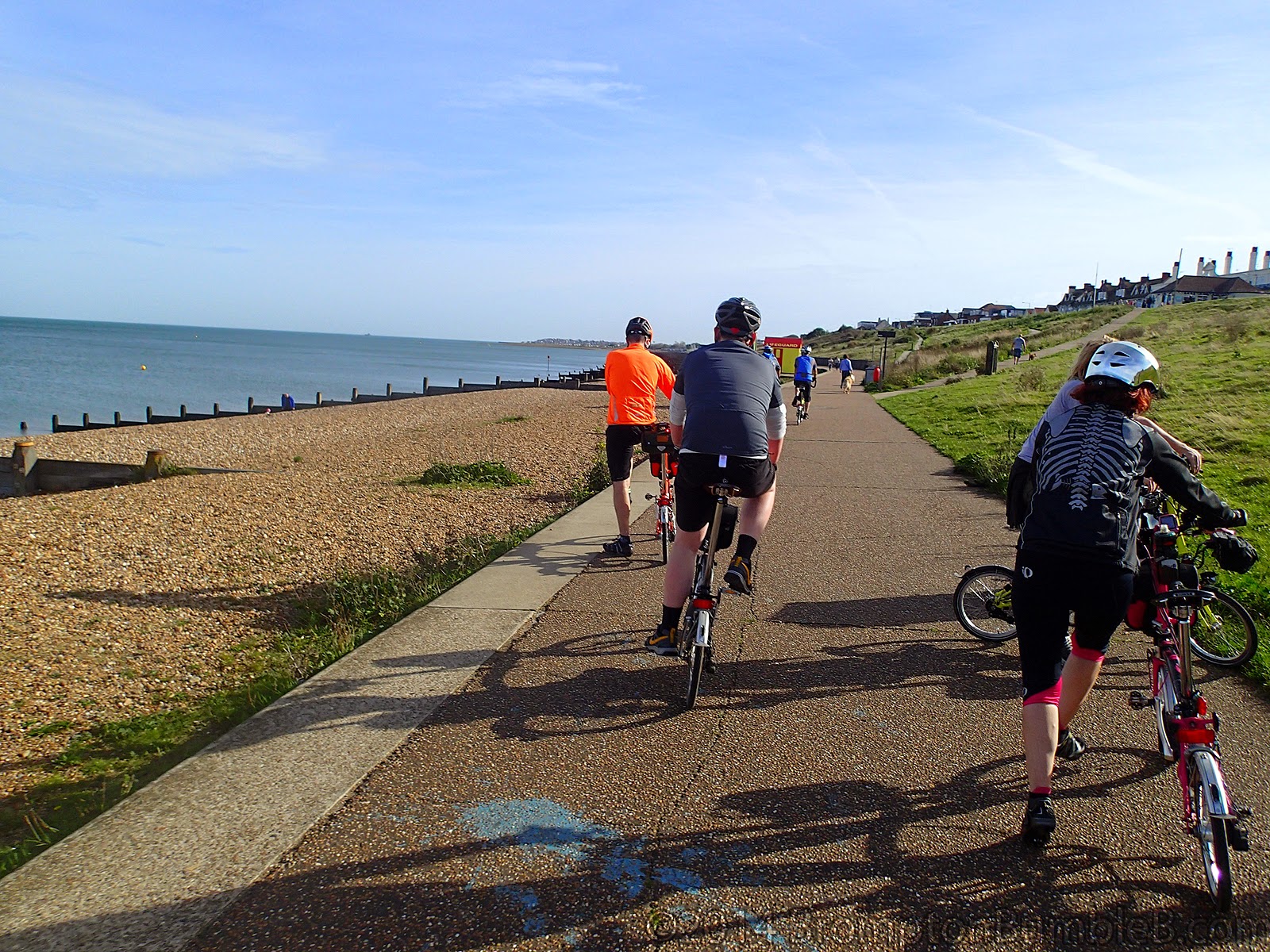 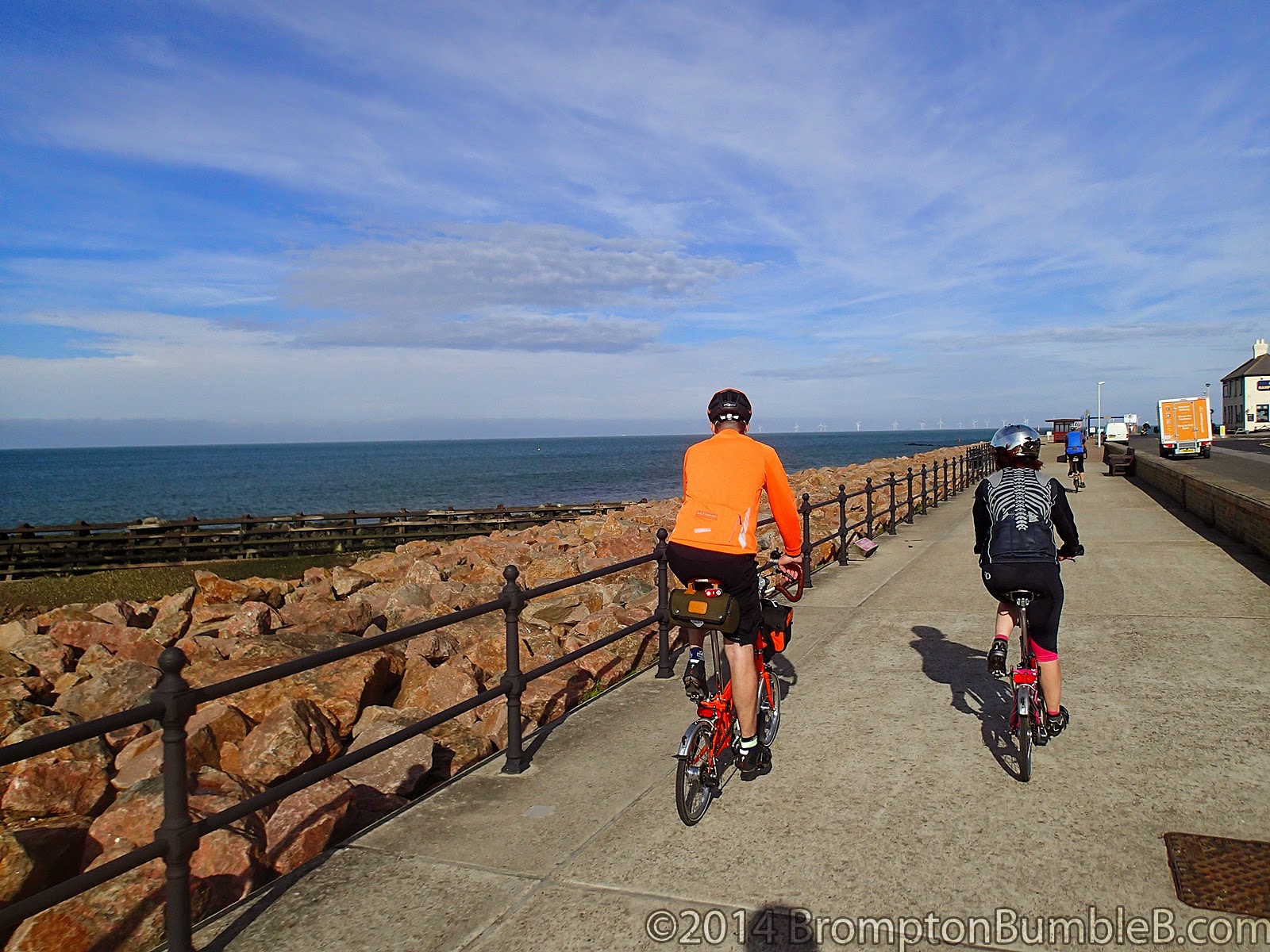 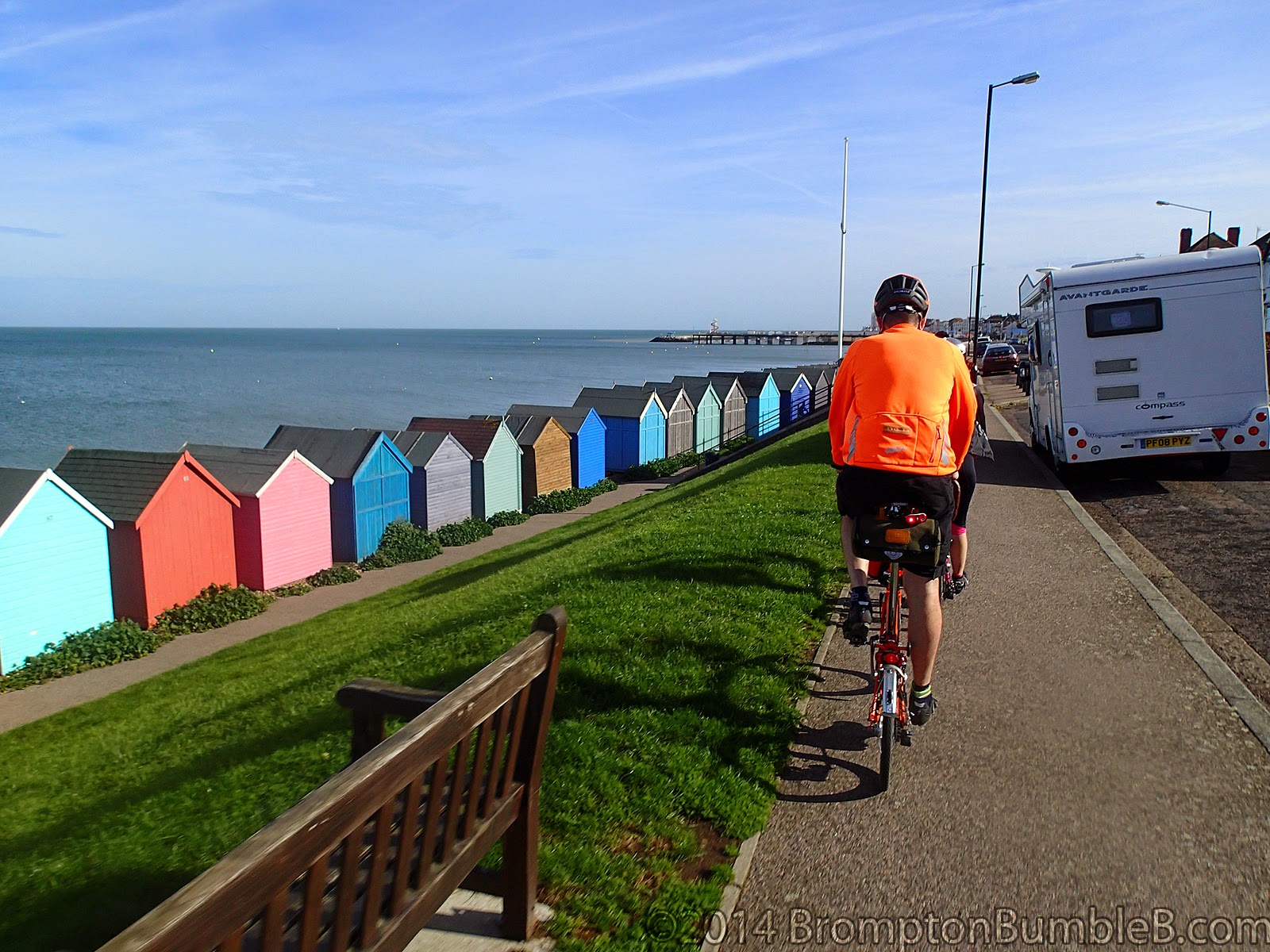 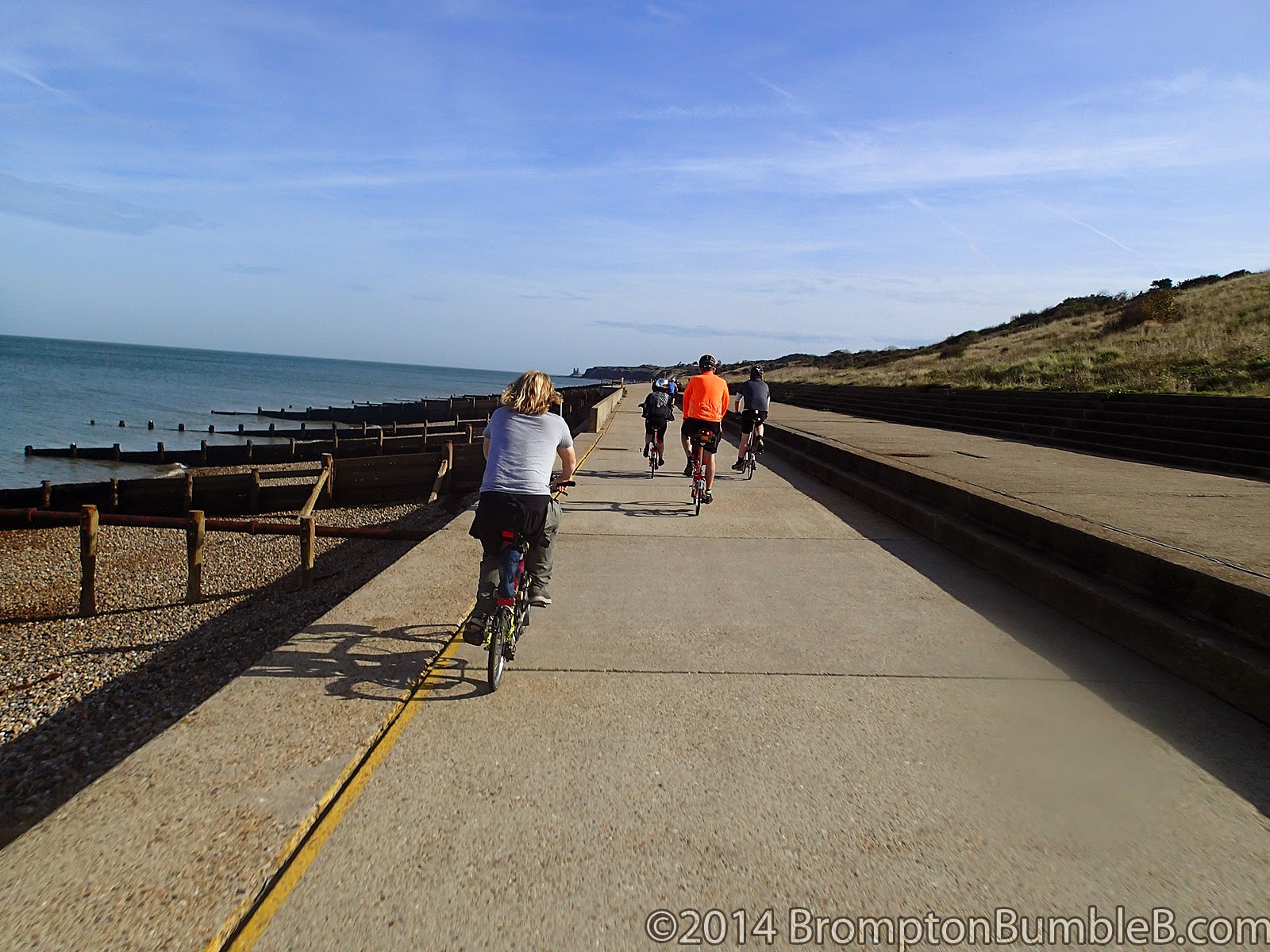 In the distance you and just about see our next stopping point. A crumbling church at Reculver called "St Mary's Church" 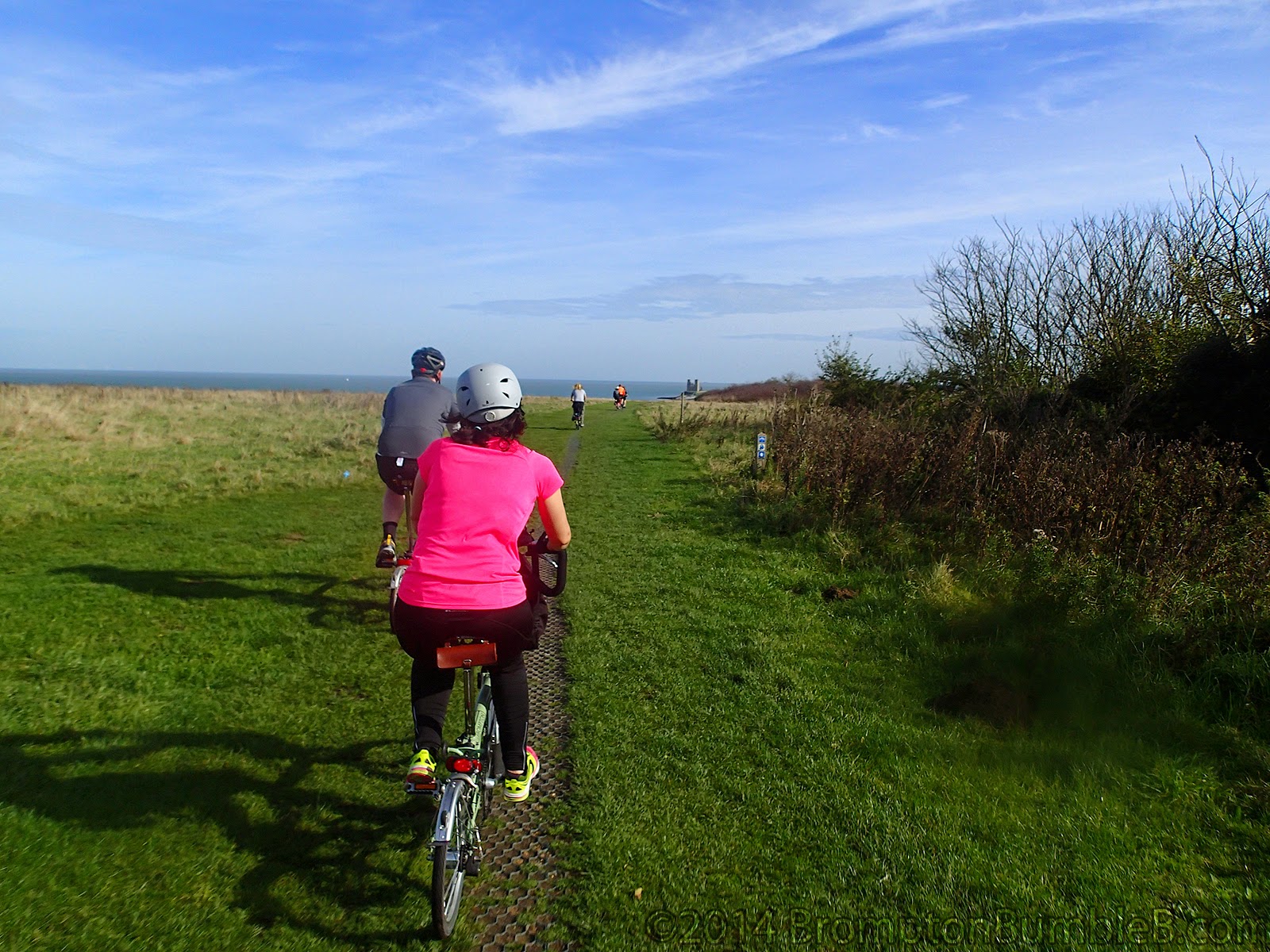 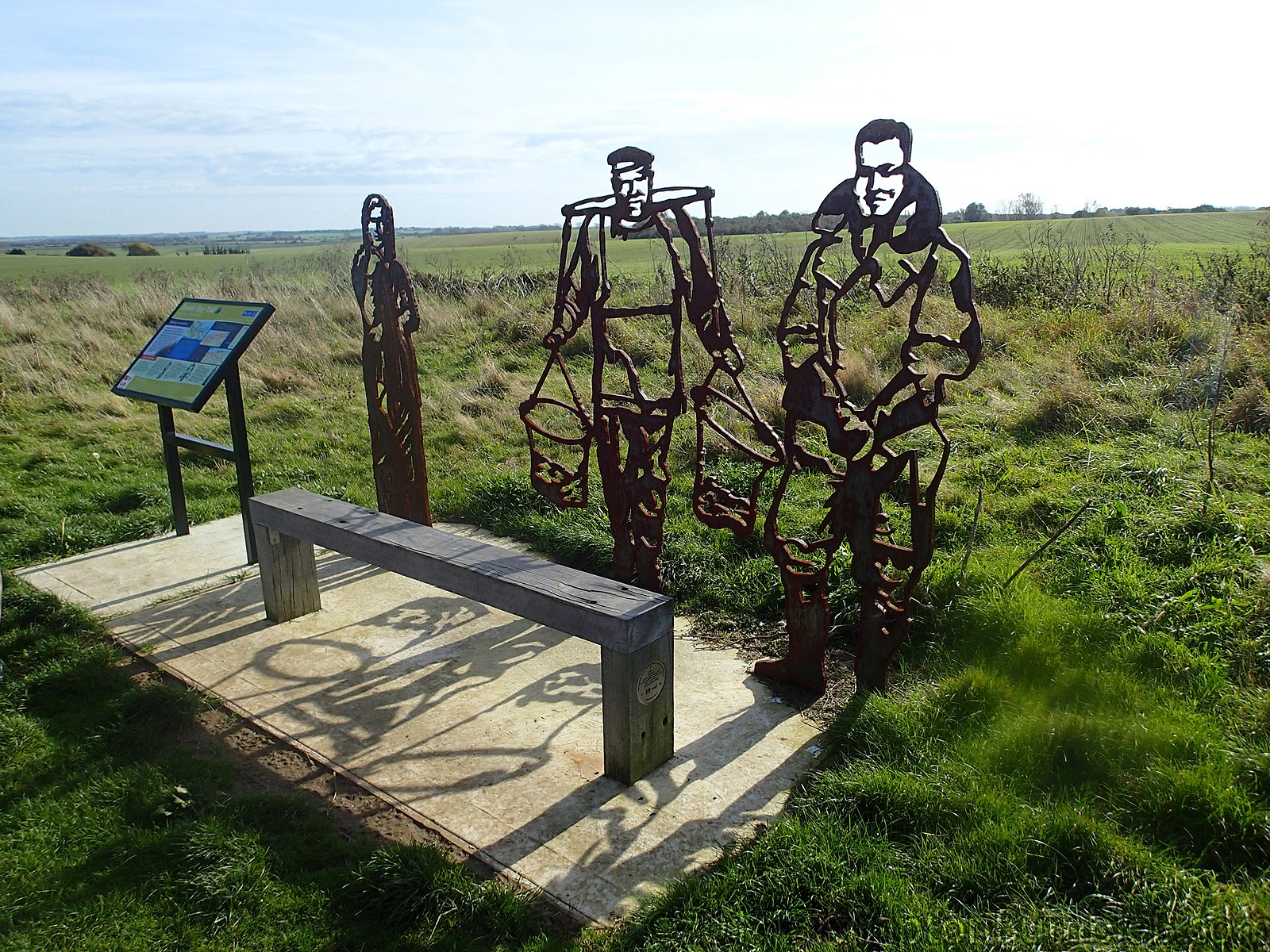 Now this is where the fun begins.

After the church it was a long haul towards Margate. We cycled along a long VERY exposed wall road. Being on the coast it was pretty damn windy. Lucky it wasn't a full on head wind blew from the side so I found myself at times leaning into the wind. 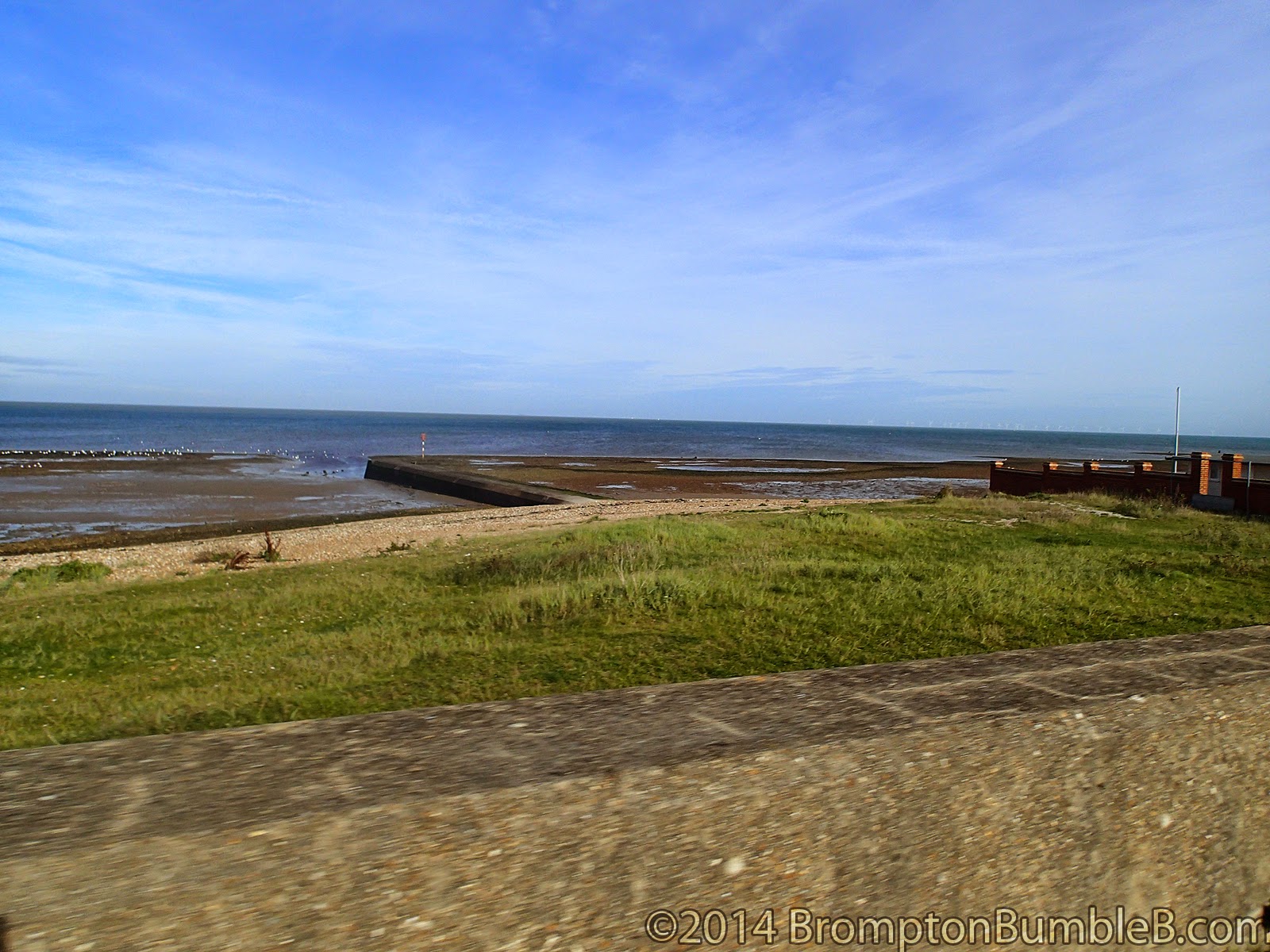 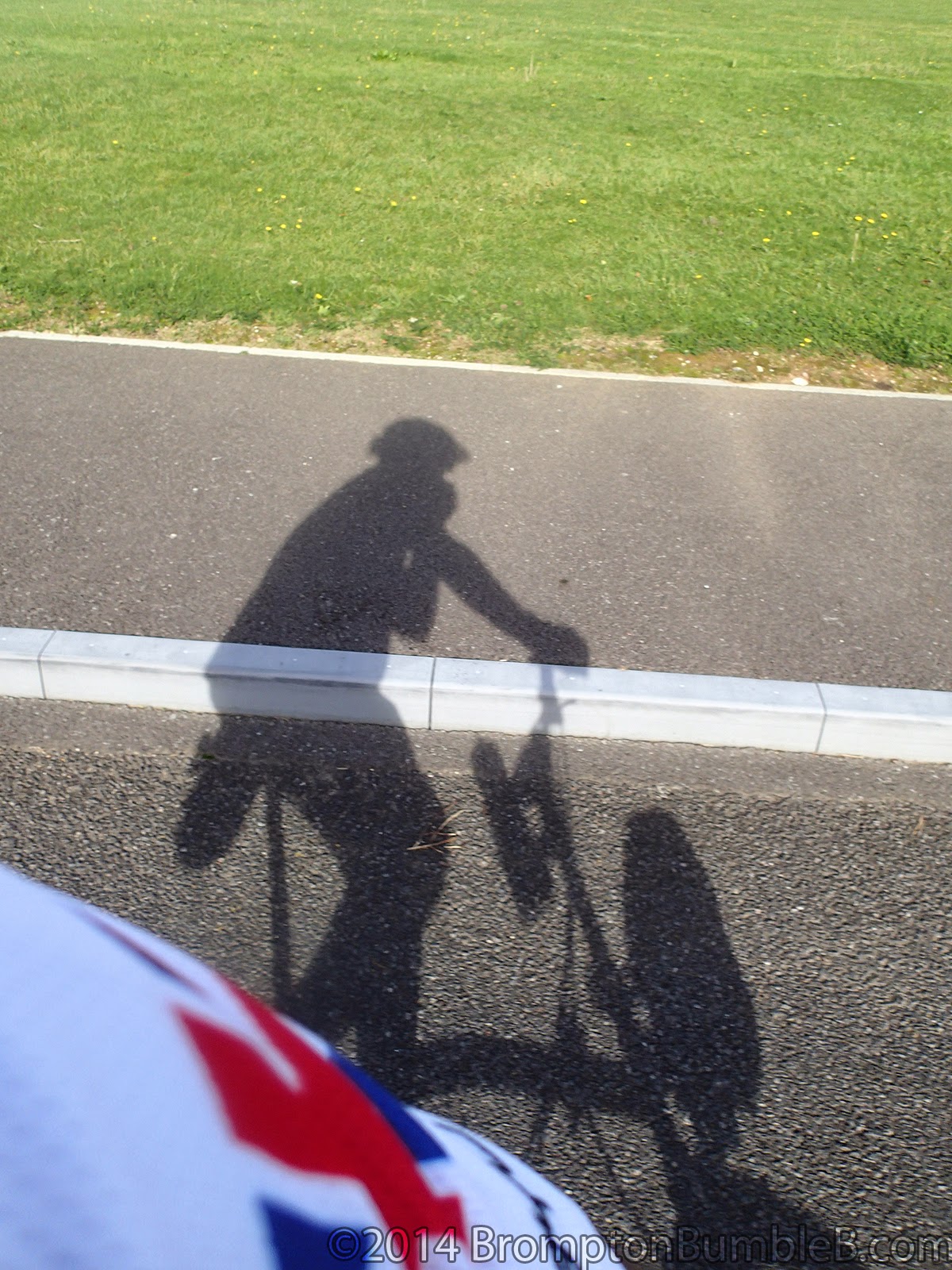 We made it to just outside Margate where we decided to have lunch at a cafe. With the wind we had gone though it would take us a good few hrs to get back to Faversham. 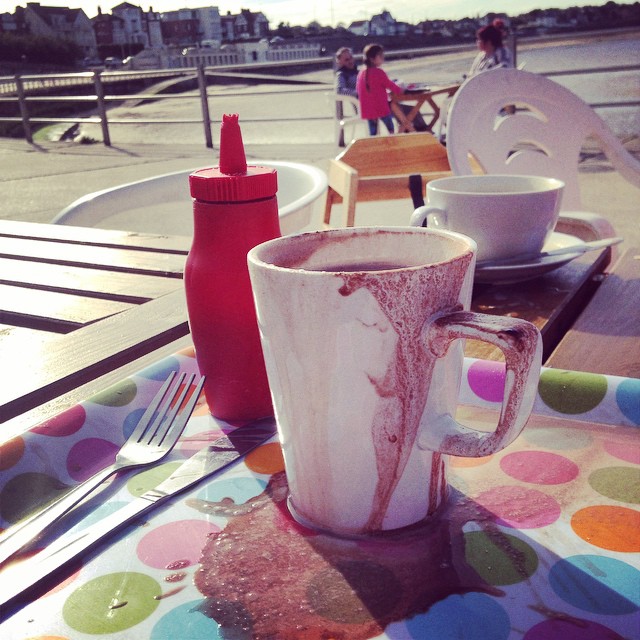 I did have a pretty good Lasagne and Chips. The weather was so good that there was alot of people here most of which where eating on the tables outside.

After out lunch stop we headed back to Faversham back across the exposed walkway. Again the wind was hitting us sideways but we just powered on though it. 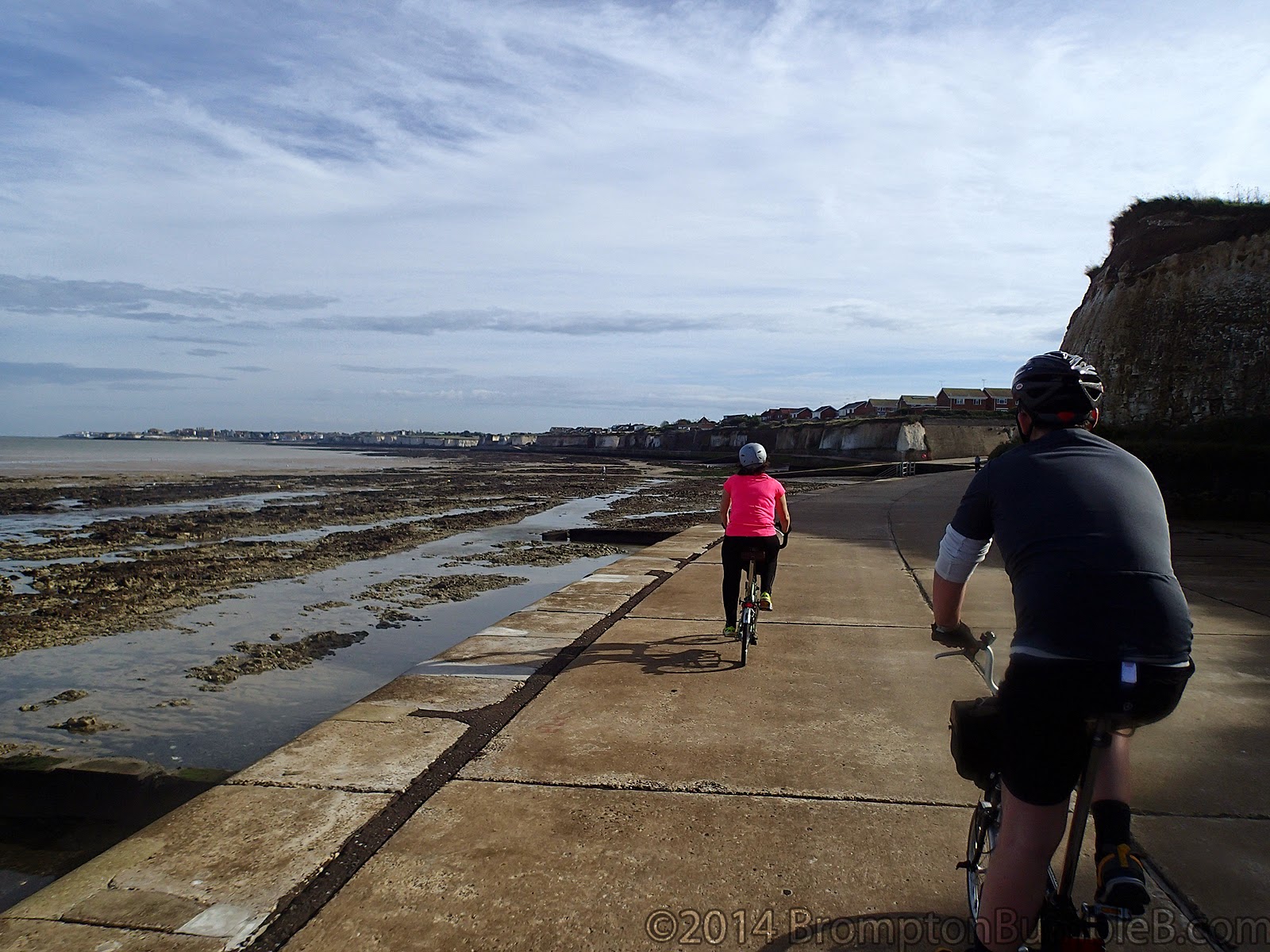 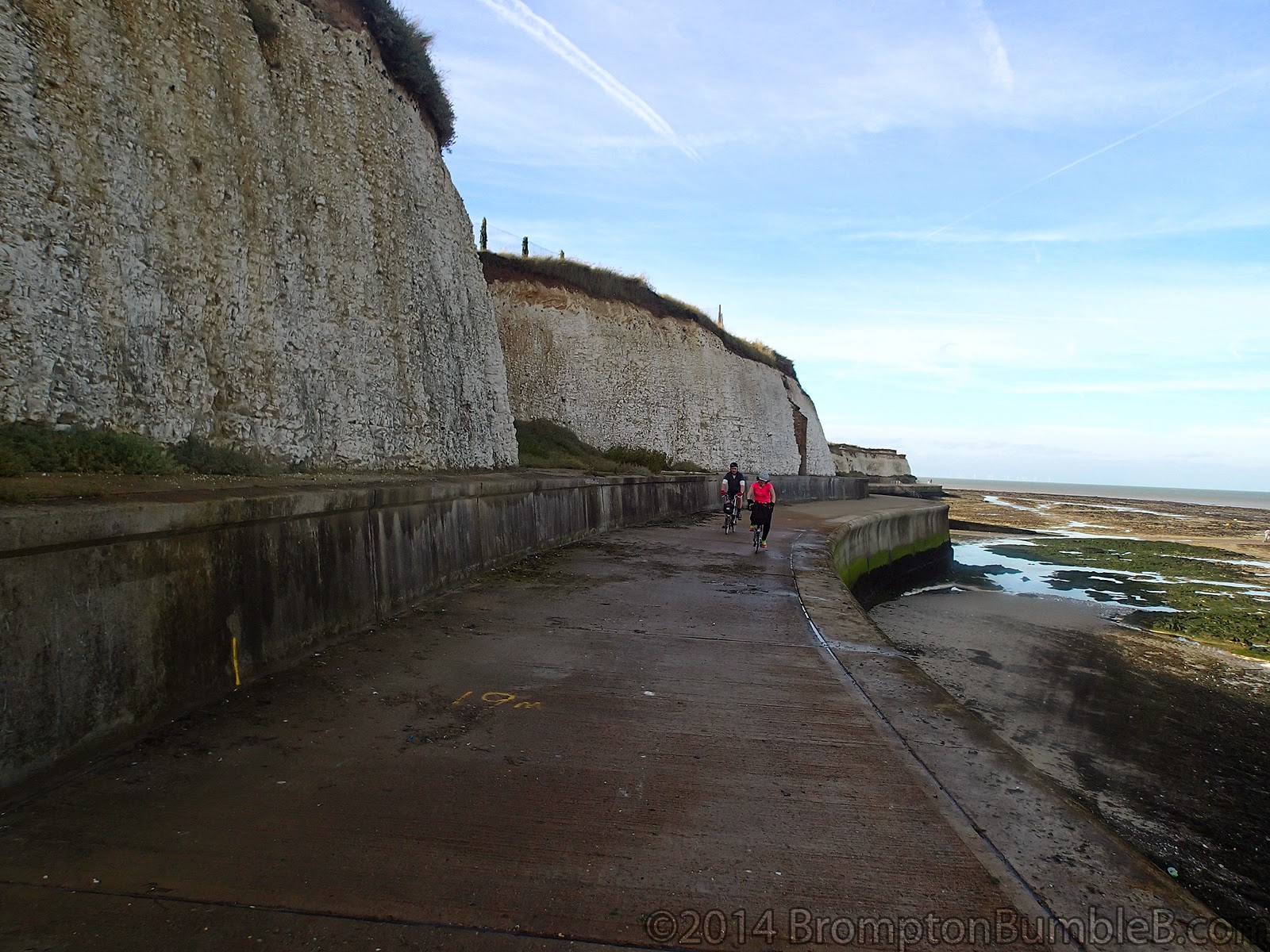 As we got into town we stopped off for some well earned ice cream at a local ice cream parlour. 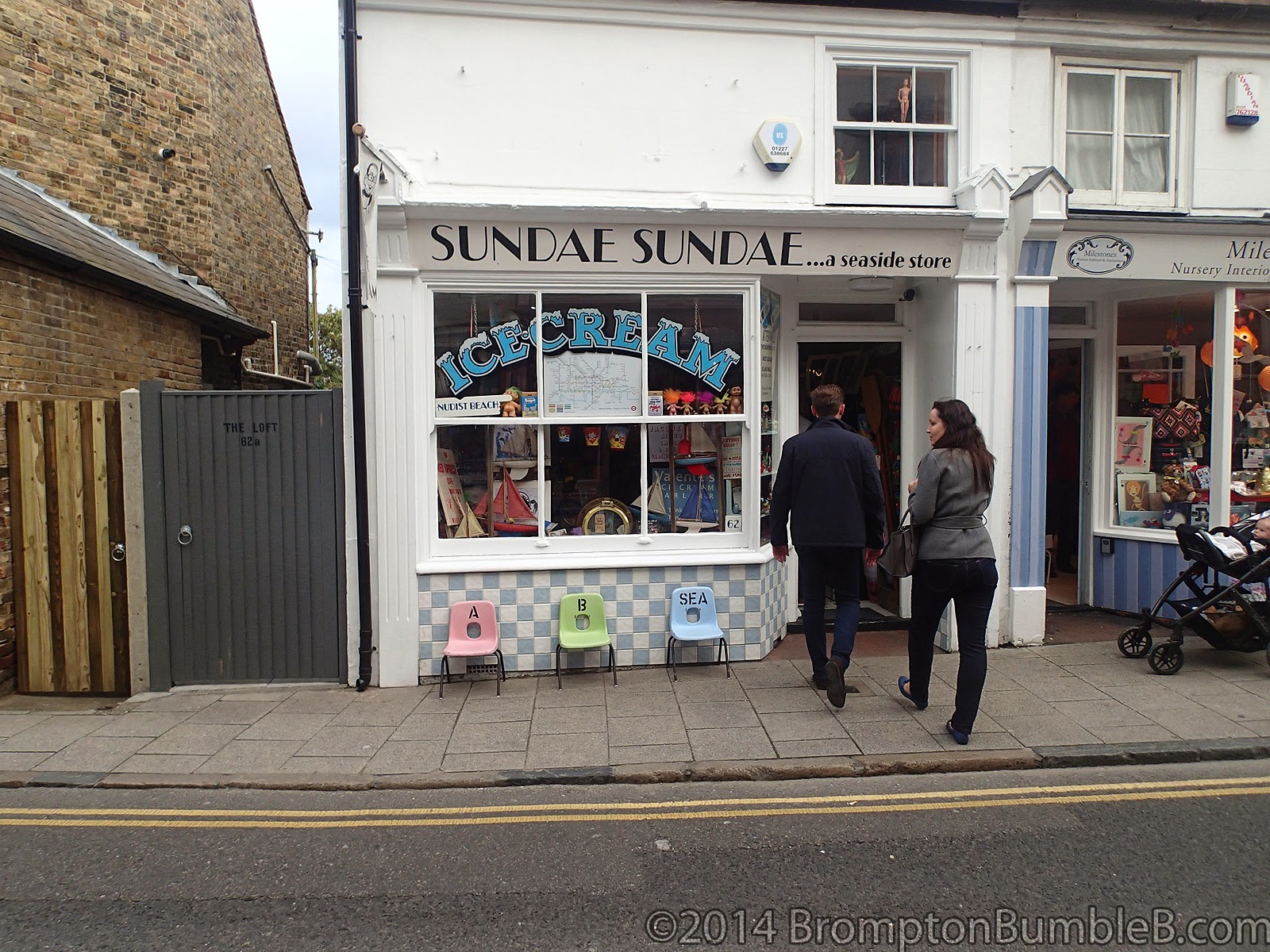 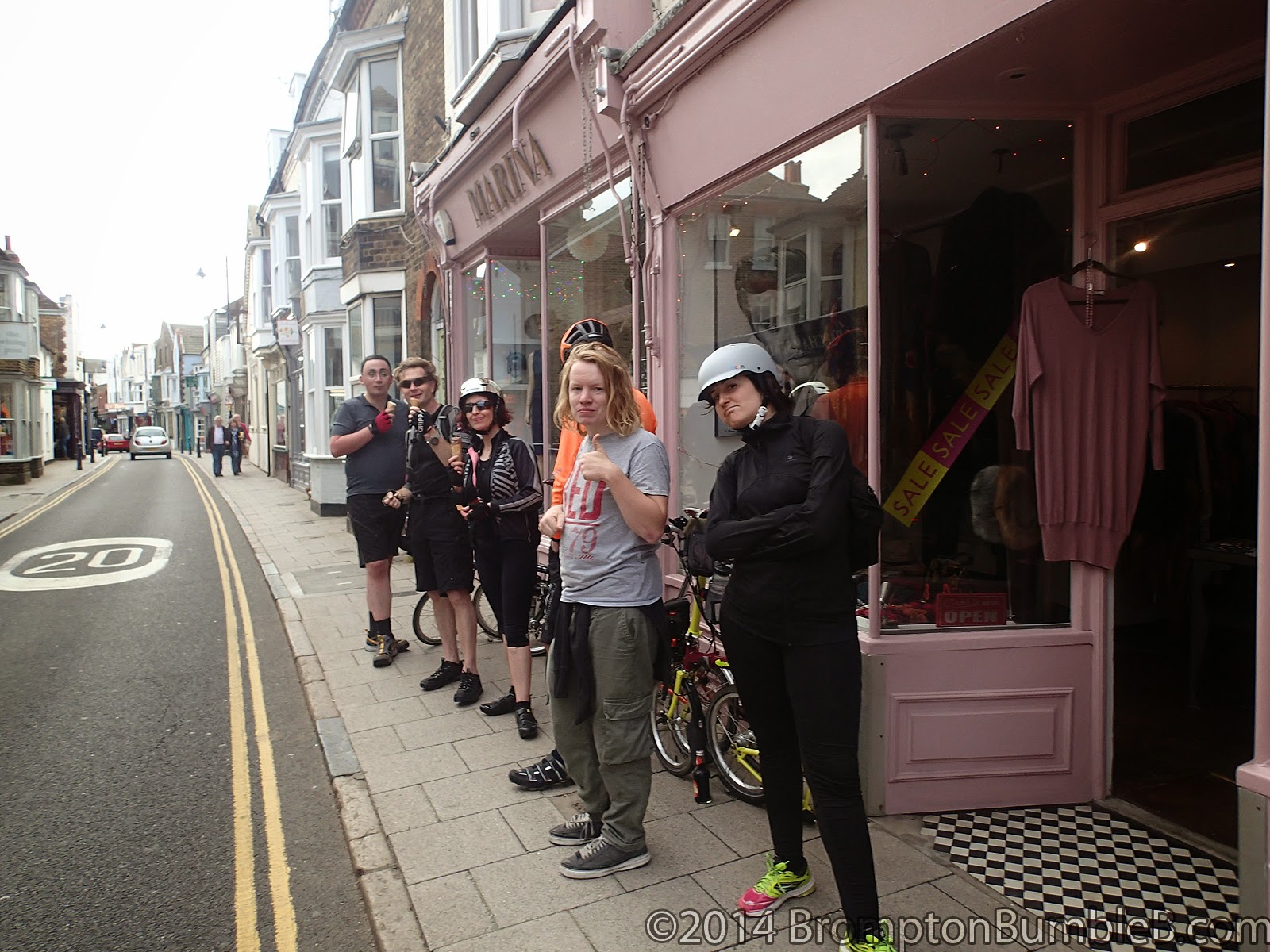 Like they say, you can't go to a seaside town and not have an ice cream no matter the weather. It wasn't long till we heading back to the station to catch our trains home. We was very lucky with the weather as on our way back we could see it starting to get cloudy in the distance.

Another great ride with my Brompton buddies and extra thank you to Andy L for recommending it and David P for is awesome guidance. Catch our trains home we said goodbyes to Ivo, John & friend. On the train back to London I was remembering to keep stretching as best I could, I even had a little nap. It had been a long but enjoyable day of cycling.

Now my mind is thinking to next weekend when we shall be attempting out first 100 mile ride, the St. Crispin's Day Night Ride.

Peace
BBB
Posted by Brompton Bumble B at 14:22